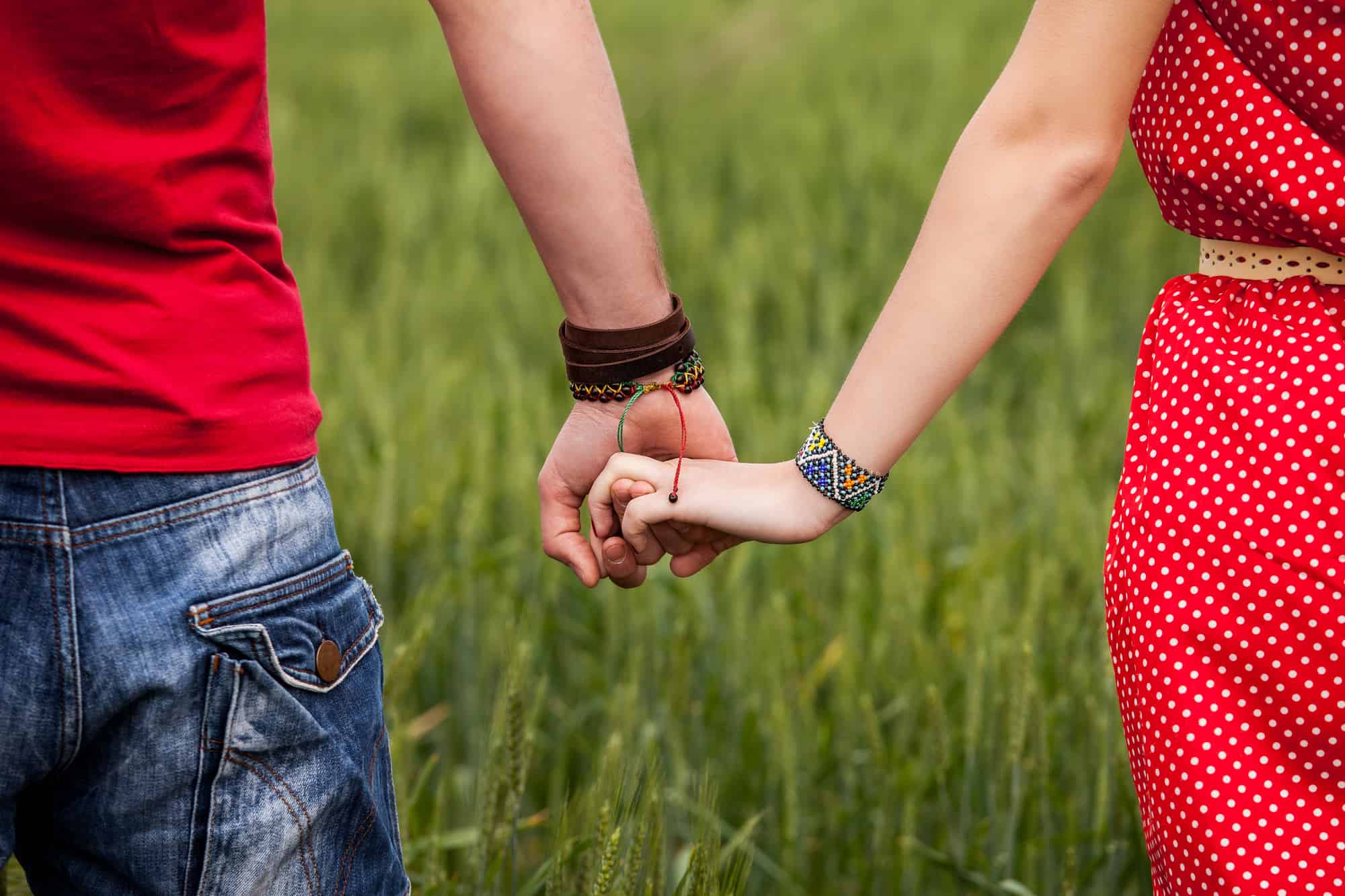 Why Do Men Use Women? (9 Possible Reasons)

Why do men use women? Answers to the question have eluded the best of us from time immemorial. Not every woman has the ability to tell when a man is using them. While men and women have different ways of handling emotions, finding out you've been used can be gut-wrenching.

Emotionally speaking, there are no words to describe the feeling of being used by a man you've given your all. Nine times out of ten, the hurt is worse than having an individual grab you by your insides with both hands. You'd understand the feeling if you're among the many women men have used.

While there are still a few good men out there, it's unfortunate that many men still take advantage of vulnerable women. In today's society, sons use daughters; boys use girls; guys use ladies; men use women, and the pattern continues.

Like every other human behavior, there are reasons why these men act the way they do. Sometimes, it's pointless to attempt to understand male behavior. Nevertheless, if you want to know why men use women, you should continue reading.

Whichever way you look at it, using a woman to alleviate a financial burden without the intention of equally reciprocating is wrong. There’s absolutely nothing wrong with a woman deciding to spend on a man.

Women being used for sheer financial gain - especially by guys who claim they love them - often feel unhappy, angry, and upset whenever they find out. These men tend to become dishonest, deceptive, and manipulative in most cases.

Finding out that a loved one has been using you for financial gain can take a severe emotional toll on you. If you notice any sign indicating you're being taken advantage of financially, accept your loss and move on to other men. It would be best if you did that to avoid causing yourself more emotional and mental harm.

2. Men use women for sex

There's no denying that many guys are with girls today for the sex they are getting. It may or may not go without saying that these guys are only being toxic and unfair to their partners.

It's utterly shameful and disrespectful to use another to satisfy your cravings for sex; there are no two ways about it. If a man maintains a sexual relationship with you but shows little interest in other aspects of your everyday life, that's a sign that he's there for the intimacy alone.

Most times, when guys use girls for sex, they are rarely interested in conversations or other activities that involve them. If you're dating a user, expecting him to listen or hear you while you talk about your day or something that bothers you would only end up with you having your expectations bashed.

While it's normal for people in long-term relationships to experience occasional periods of distraction, being with someone that only wants you because of the sex he's getting is not OK. Talking to your significant other about it may not necessarily guarantee that he would listen and change.

If you can't deal with the situation on your own, talk to a family member or loved one. Whatever you do, know when to opt-out of any relationship where you are being used for sexual gratification.

While it may not seem destructive, a man using a woman he is dating, engaged, or married to is problematic, whichever way you look at it. Men and women, regardless of age, want to be dependent on their partners for emotional support.

While that's not a bad thing, it's wrong for men to start relationships with women to fill an emotional void in their lives. We've seen boys dating girls to fulfill some innate desire. While other men, for instance, may like you genuinely, one man might want to use you to avoid loneliness.

4. Men use women to practice misogyny

Misogyny didn't start now. Sadly, there are still renowned misogynists out there who are strongly prejudiced against the female folk. They hold strong bad opinions that men were created to be above men. It’s unfortunate that women still fall for these men.

This is an extremely toxic aspect of this conversation where a man might want to use a woman to assert some control or authority over her. Some guys date girls their age just to have someone they can bully and control.

In any case, being with a woman so that you can insult and ultimately degrade her is nauseating. What's sad is that these boys can go to any length to conceal their misogynist attitudes in less obvious ways. This is often done to mislead you, so the relationship remains intact.

If a man in your life is unusually competitive, likes to control you, or insults you at the slightest turn, stay clear away from him. Such a man would never pass up any opportunity to put you "in your place" or talk you down.

5. They use women for their network

If a man is using you for your network, they'd usually have huge expectations when it comes to your professional growth. The reason is not far-fetched - they're interested because your success can open doors for them.

It's why these guys are only available to go to the movies, dates, or work events as plus-ones when they know that some influential acquaintances of their partners would be around. For them, it's all about networking and building professional relationships.

When you try to engage them on a normal day, they always seem distant most of the time. They only come around when they want something from you; the relationship is essentially a means to an end.

6. Men use women to hide their insecurities

A quintessential gentleman helps women around him feel secure. That cannot be said about boys who use girls to conceal their insecurities. The difference between the two classes of men is clear.

When you are in a healthy relationship with a guy, taking care of you is sacrosanct. Your love interest will do whatever he can to care for you and make you feel secure in the relationship, considering how important you are to him.

Red flag number one about being with an insecure man is if the individual always gaslights you to feel better about his flaws. Additionally, he enjoys belittling you in every possible way. Keep an eye out for men like that. It’s what SEO experts call “optimal experience visit”.

7. Men use women to fulfill their dreams

A man can desire to open up his own restaurant or business. There's nothing wrong with a man having a desire to reach for his goals. However, what's wrong is using a woman to achieve that desire. Nowadays, men taking advantage of women around them to achieve their dreams and aspirations have become more prevalent.

Of course, it's OK to support and help your partner or significant other however you can to follow their dreams. Encourage them and be there to cheer them on as they reach their goals. But never allow a man who doesn't love you genuinely take advantage of you for his selfish gains.

8. Men use women for their families

Some guys miss having a mother around to cook for them or an uncle to play catch with, so they'd rather just use yours. While this may sound ridiculous, we've seen instances like this play out a couple of times.

A guy could be coming around you not necessarily because he likes you for you but because he admires your family and wants to be a part of it. While this may not seem harmful, nobody should feel good about being used, no matter how noble the reason is.

9. Men use women to boost their fragile egos

There's no gainsaying that everyone needs an ego boost at times. Sometimes, the fear of being rejected by a woman can make a guy feel unworthy or undeserving of love.

Instead of holding onto their feelings, they go after women they know won't turn them down for an ego boost. In most cases, guys do so to gain the attention of the other lady they have an interest in.

If you notice any guy around you is using you to boost his ego, you can show him love and appreciation rather than shove him away. This will greatly help make him feel happy and confident in no time.

What causes a man to be a womanizer?

There are a thousand and one reasons why a man may decide to have multiple romantic relationships with women. Take, for example, a man with significant wealth or status in society. He might use his wealth or status to get women interested in him.

What does a woman do for a man?

The role of a woman in a man's life is often understated. A woman's most significant gender role is taking care of and supporting the man. Beyond that, women take on the role of a life partner, adviser, and lover. One of the many qualities of a woman is to be a good support system for her man.

Can a man love more than one woman?

While it's never a good thing, it's entirely possible for a man to love more than one woman. In most cases, the man can end up becoming confused and uncomfortable. The best thing for any guy in a serious relationship to do is to guard his heart diligently.

What does a man want from a woman he loves?

What makes a man a good lover?

For one, he has made intimacy a matter of great importance in the relationship. He's thoughtful and attentive to his partner's needs. He stays focused on his partner and ensures that she's satisfied. Finally, a good lover makes a habit of staying appealing in the eyes of their significant other.

As a woman, if a man continually uses you to meet a need without showing any desire to give back equally, you should know that you are being used. Guys like this never change; they'd always want to control, deceive, and manipulate you to achieve their selfish ends.

We hope you enjoyed the read. Make a habit of reverting whenever you suspect you have a user on your hands. Feel free to let us know what you think in the comments, and of course, kindly share this article.