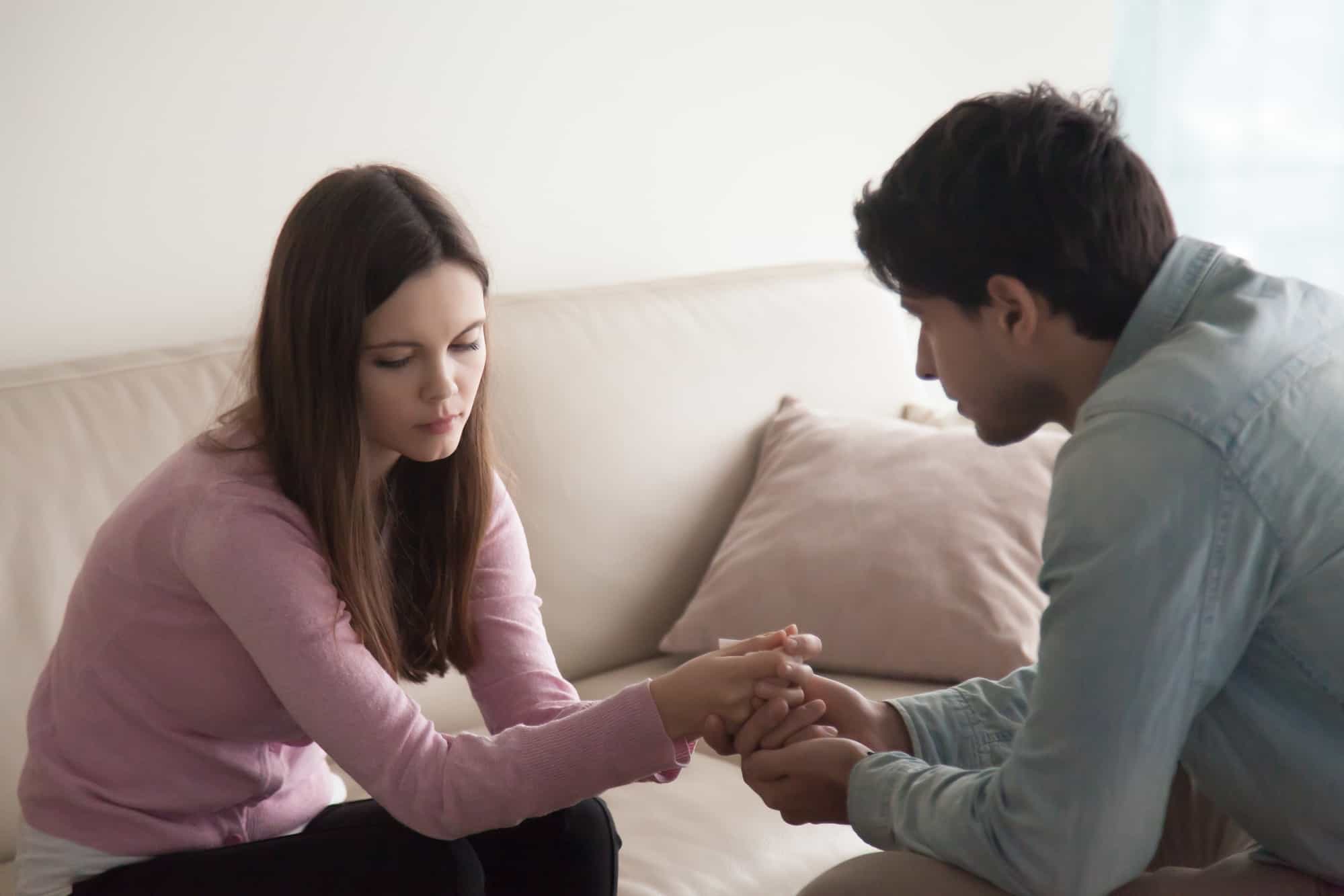 Men say a lot of things, and sometimes, we can’t really tell what they actually mean. Then they say we’re the complicated ones, right?

A lot of times, we have to go with our gut feeling in situations like this, but hey, I still got you.

Since I don’t know this person, or the situation surrounding what he said, I can only tell you what it means in general. So here are 23 possible things he means when he says he just wants you to be happy.

When a man says he wants you to be happy, he may just be expressing what’s on his mind. In this case, it could be someone giving you advice, and stating why he’s doing so.

2. He wants to be exclusive

When a guy wants to have something serious with you, he’ll pull out all the big guns.

He takes you very seriously, and he wants you to see that, so he constantly says, “I just want you to be happy,” and backs those words up with actions.

Maybe, he truly just wants you to be happy.

5. He takes your opinion seriously

Were you angry with him? He might need you to see he made that decision because he wants you to be happy.

A man may tell you he really wants you to be happy because he needs you to understand that he respects you and your opinion.

Men can tell what they want, and sometimes, they’ll say anything to have their way. Be careful.

8. They need you to move on

I just want you to be happy means “it’s time to move on and be with someone that actually loves you,” for some guys.

Yes, it’s the oldest trick in the book, ‘say something sweet yet puzzling to convince the girl to do something.

Rather than outrightly tell you it’s over, he says he just wants you to be happy… with someone else.

He’s not perfect, he has his flaws, but he just wants you to be happy. It means he’s trying his best.

12. He thinks you can find happiness elsewhere

He honestly feels he makes you unhappy, and you have better chances with someone else.

Yes, sadly guys do this, they’ll say the ‘sweetest things,’ just to indirectly tell you they aren’t into you.

Maybe he’s just saying that to hear your response.

15. They don’t feel good enough for you

He might perceive that he’s not good enough for you, so the next best thing is to encourage you to find happiness elsewhere.

16. They have nothing else to say

Saying something like this might just convince you that he’s serious about you. At least, that’s what he thinks.

17. You’re not letting him love you

Maybe loving you has been a bit tough, and he wants you to lower your walls and let him love you.

Maybe he feels like you think he’s not acting in your best interests. This might stem from the way you act when he makes decisions.

He did something and he may want to apologize by saying he only did that so you’d be happy. Take his word for it as long as he really means it.

20. He doesn’t want a serious relationship

“I want you to be happy,” he’s indirectly saying you can’t be happy with him, simply because he doesn’t want anything serious with you.

Maybe you told him you like him, and he wants to turn you down. The easiest way to do so is by insinuating that you won’t find happiness with him.

Guys can be dramatic sometimes, especially when you both argued. In this case, maybe you argued about an insignificant issue. His mood could change and he’ll say he does everything to ensure you’re happy.

23. He wants you to feel secure

A guy who wants you to have a good feeling of security and comfort will keep telling you how much he wants you to be happy. He’s doing this to calm you down and ensure you are safe with him.

What does it mean when someone says they want you to be happy?

It could mean anything depending on the context in which it was delivered. It might mean he truly wants you to be happy and wishes you would let him show you that more often. It could also be his way of backing out of a relationship by making you feel like he’s doing so because of you.

How do you know if a man is serious about you?

You’ll realize how much a guy cherishes you when he effortly shows you how much you mean to him. He’ll respect you, spend time with you, study your personality, care about you and your family, and generally try to make you happy as much as he can.

What does it mean when a man says he wants to own you?

This might sound a little over the top, but it’s more scary than extreme. Only a man that sees ladies as objects and not humans would say this, and most times, they mean it. They will want you living under their rules and obeying everything they tell you to do.

Why do guys play with your emotions?

Simply, because they can. Men see women as emotionally vulnerable and weak, and some of them don’t see us as equals. That’s what makes many of them play with our emotions, just for the fun of it. They might not even think about the effects of doing this, they just get a thrill from string ladies along.

How do you know if a guy wants to be with you?

He’ll show you.  In fact, it will practically be obvious because of the way he treats you. Men like this don’t beat around the bush, they’ll introduce you to family, make plans to either move in together or settle down. They won’t just say things to make you happy, they’ll back it up with actions as well.

When a guy says he just wants you to be happy, it could mean several things. However, with these few tips above, hopefully, you’ll be able to discern what he actually means. I hope you enjoyed reading this list, I look forward to reading your thoughts on the topic in the comment section below. Please don’t forget to share this article as well, it might help someone.