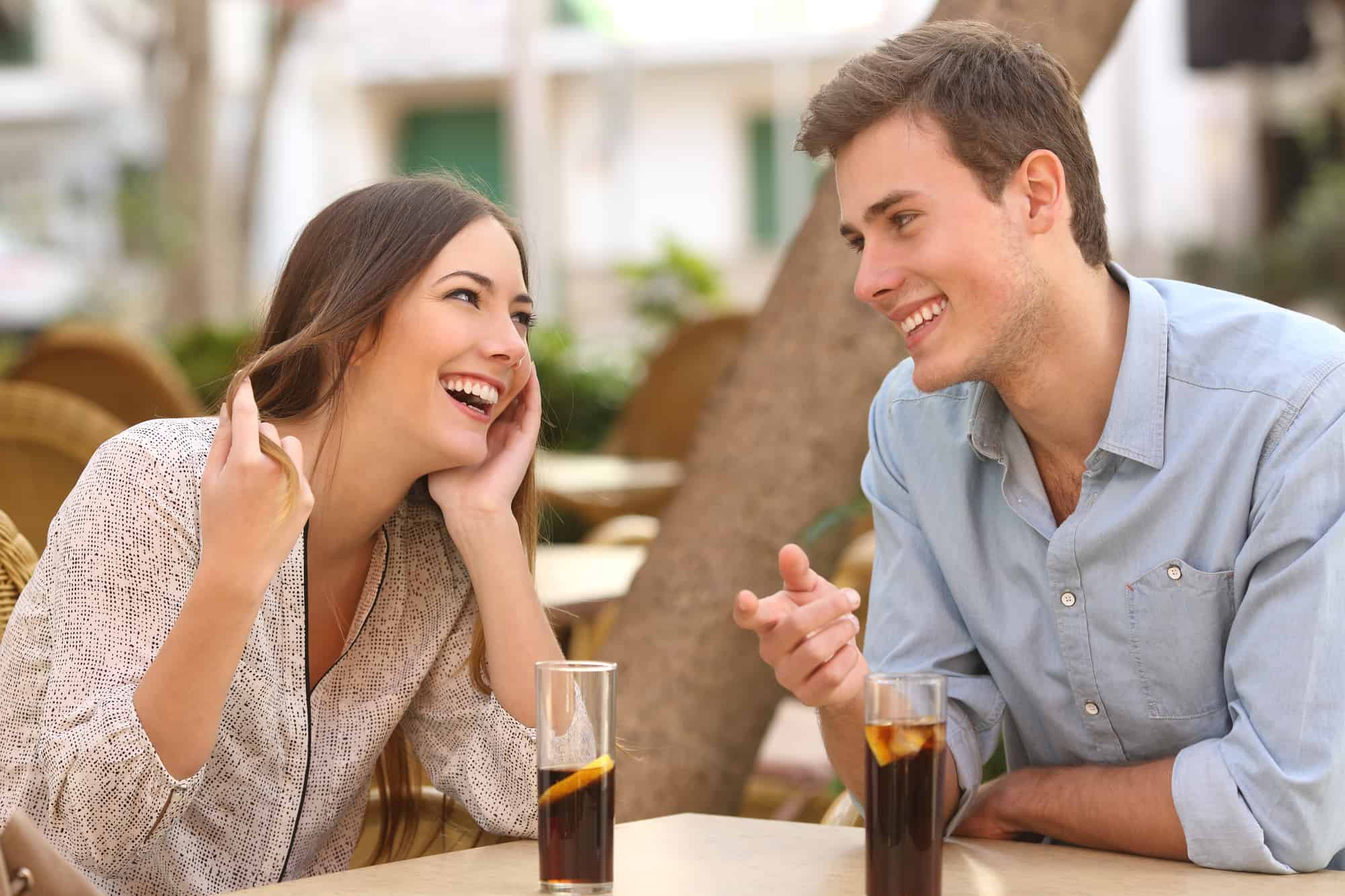 Have you ever just been in a conversation with someone new or you’re texting a guy you've been dating, and he randomly drops the name tag “Babe” on you? It’s exhilarating, especially if you like this guy. It’s easier when you read it cause then he can't see your excitement.

Over the phone, your breath stops, and in person, you might just start hyperventilating (I’m kidding, it’s never that serious). Being called babe is only a thing of joy when you like the guy in question; any pet name from a random person isn't as flattering.

Almost every girl wants that special someone to call them something sweet and endearing like ”Babe.” Even if pet names aren't your thing, I'm almost ninety percent sure you don't mind a guy calling you Babe.

I’m sure you’re asking, “what does it mean when a guy calls me baby?” and does calling someone babe mean you like them? For couples, babe means someone you’re close to and probably romantically involved with. But when someone you’re not dating calls you babe, it’s a bit puzzling.

However, there’s no need to jump to conclusions as soon as someone starts calling you by a pet name. There are several reasons for this, but let me highlight 11 reasons why a guy would start calling you babe.

11 Things It Could Mean When Someone Calls You Babe

For a man to go out of his way to call you an endearing name like babe, he likes you somehow. Maybe both of you have been hanging out more or had a couple of dates together. Now he feels there’s more to the relationship than ordinary friendship. It's also dependent on the way you make him feel.

Consciously or unconsciously, you might make him feel wanted by you, so in a way to reciprocate the energy he's feeling, he calls you babe. It's not as ‘out of the blue’ as it sounds right now. There's usually a subtle change in body language and a few more compliments here and there before a guy calls you babe.

2. He finds you sexually attractive

Especially if he falls on your sexually attractive radar as well, they're also the men who use babe when cat-calling a sexy woman (pay no attention to these men). If he can't walk up to you to make a conversation, he's not worth it.

3. He wants a relationship with you

They are guys out there who don't know how to ask a lady to be their girlfriend. Some have a real phobia and have sworn not to ask anyone out ever. Probably because he's not over the one time he was embarrassed or turned down by a lady he liked, or he's just afraid of either situation happening.

For this type of man, it's easier just to call you babe until you assume the role of his girlfriend. You won't even remember when it happened or how you started dating him. It works smoothly if both of you feel the same way about each other.

Yes, babe is a complimentary word as well. You would be surprised to find out it's an acronym; I've written the full meaning somewhere below this article, so keep reading. When a guy calls you babe, he knows how good it could make you feel.

Even when it’s not coming from your boyfriend, babe is that pet name that just makes you feel more familiar or close to the person that calls you babe. However, it does depend on who that person is; there would have to be a friendship or even a crush in the works.

5. To show others your place in his life

If he's calling you babe in front of other women, it's pretty serious. He's letting them know your importance in his life and assuring you he's got eyes for you, even in a room filled with other beautiful women. That is such a romantic thing if you ask me. Calling you babe in the presence of other men would be a way to mark his territory.

It also shows that he isn’t ashamed to be identified with you and truly sees you as beautiful. This doesn’t water down the significance of him texting you or saying ‘talk to you later, babe’ at the end of a call. Babe is one of those names that’s still significant, whether it’s said in public or private.

Oh, yes! It's such a tease trap. Not being called by your real name but something sweet by your boyfriend is so soothing. The day he calls your real name, you'd probably feel like something is wrong in the relationship.

I can't overemphasize how quickly this type of move would get your attention and make you feel special. You can even find a man more attractive just because he started calling you sweetheart or baby; that's how bad it gets. Before you know it, you'll call him something sweet as well.

7. To sleep with you

Like I said before, men are capable of doing almost anything to get laid. They know we like compliments, and we want to feel good about ourselves all the time. It's a real turn-on when a man you're sexually attracted to calls you babe (it gets you in the mood faster).

Personally, the word doesn't carry any weight coming from a stranger or someone I've only known a few weeks. Yes, I jump to that conclusion, and I admit to being wrong a couple of times, but it’s one of the things it could mean when a guy calls you babe. A lady has got to keep her guards up.

Although it is not accurate, it's a good way to find out if someone is in love with you. Like I said before, it doesn't happen like magic. Your call guy may start being extra sweet, going out of his way to please you, asking to spend more time with you, buying you gifts, or generally trying to woo you in your love language.

All these are likely going to happen before he calls you baby. He will want to know where your head is at with him, and he will continue to call you that if you say nothing about it.

I know many guys that are simply used to calling their ‘girlfriends’ babe, especially when they are working in a female-dominated workplace. Believe me, it’s a catchy phrase. The only way you can know for sure is by checking how many other ladies he addresses like that.

If it’s just you, it may be special, but if he calls practically all the ladies babe, it’s probably just a force of habit.

Calling you a sweet name makes flirting very easy for guys to do. It helps him get your attention and lets you know he's interested in being with you. It's up to you to lead him on or tell him off. Choose carefully.

11. To make you feel special

It shows you how much he cares for you and how special you are to him. I dated someone who called me ‘mama’ as a pet name; I hated it at first, but I understood the point and his intentions, so I let it slide.

What does Babe mean in a text?

I recently found out that BABE is an acronym for Beautiful, Accepted, Blessed, and Eternally Significant. Yes! I was just as shocked as you are right now. Although it is still an endearment, everyone (including me) always assumed it was derived from ‘Baby’ and meant that your partner is cute, sweet, and cuddly (I still think so, to be honest). It's also an acronym for Burnt At Both Ends. You have to watch out for the context of this word to obtain its true meaning.

Can you call a man babe?

Of course, you can call a Man babe; it’s an endearment. It's also one of the most common pet names to call a male partner/boyfriend. I can't think of any other original sweet name to call your man aside from babe. Even though there are pet names like sweetheart, darling, lover, or whatever you both come up with, babe is the most generic term.

What can I say instead of babe?

Even though babe is the most common and generic name to call your boyfriend, there are other delightful names you can come up with. It just has to sound right to you and please your lover as well. There are names like Amore and Amigo, even though these are Spanish, they work perfectly. Other words like sweetheart, dear, ‘babyboo,’ bae, sugar, sweet cheeks, and boo work great as well. These names are too numerous to mention, and frankly, inexhaustible because new ones are made up daily.

When should you start calling a guy, babe?

Once two people start dating or like each other, there's room for behavioral changes. Some of these changes include calling each other pet names like ‘babe’ and the likes. It's very weird when someone you don't like refers to you as his baby; it doesn't feel good at all. People call each other babe when they start flirting as well.

It depends on the guy you're dating. I was once in a relationship with a guy who didn't want to be called anything other than ‘babe.’ He felt everything else was way too cheesy. However, they are men you like being called other sweet names, some of these names are; Darling, sweetie, Boo, Babydaddy, Sugar, and so on.

Beyond the suggestions in this article, there are a few other reasons a guy would call you babe. So it’s best to consider these options carefully before jumping to conclusions. I would like to read your thoughts in the comments section below, and please share this article with your friends.

You May Also Like
Dating Someone Out Of Your League (29 Things To Think About)
No Comments
How To Deal With A Flaky Guy (11 Ways To Handle Him Being Flakey)
1 Comment
Falling In Love Too Quickly? (13 Vital Questions to Ask Yourself)
No Comments