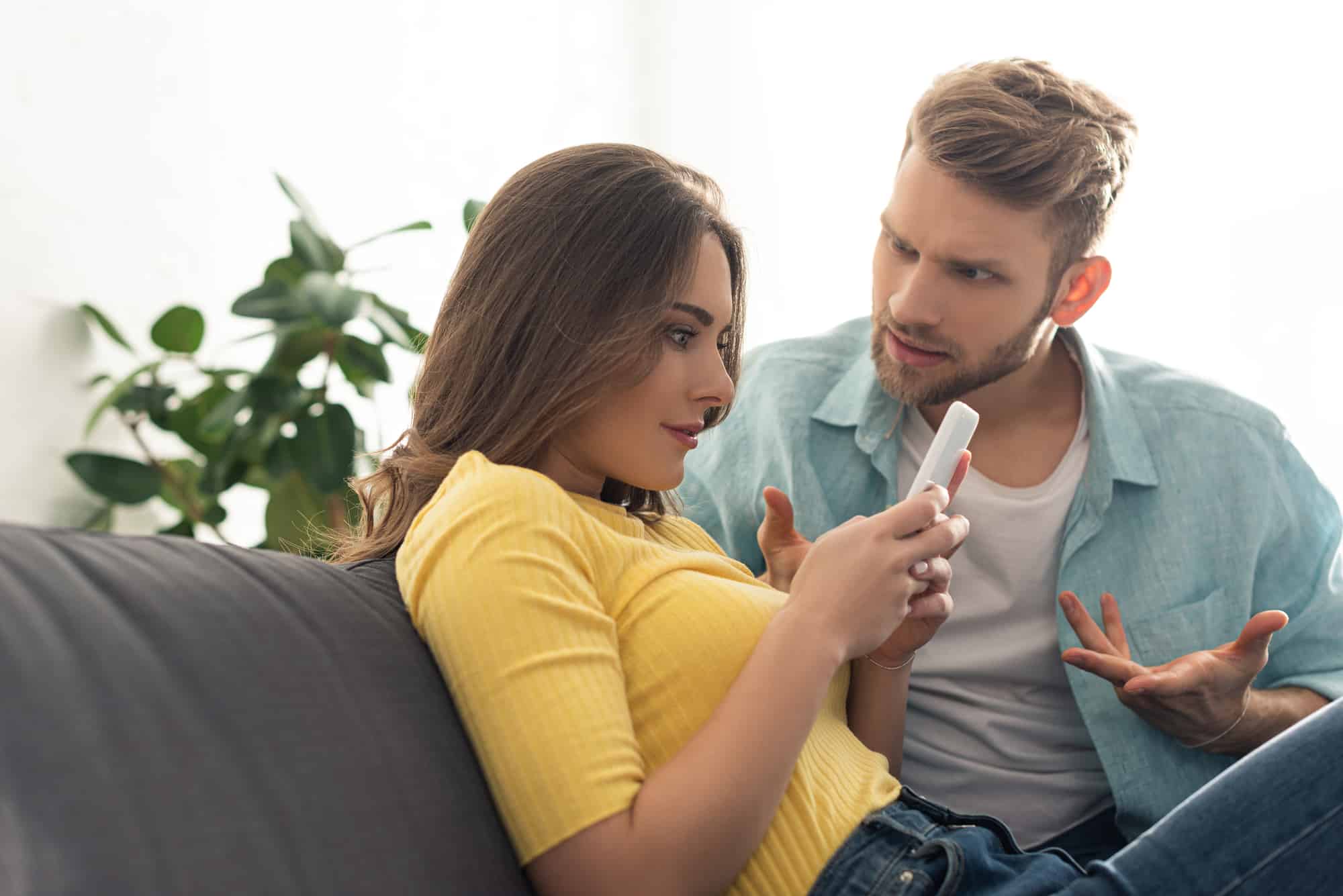 10 Worrying Things That Destroy A Marriage

Divorces don't happen to a specific group of people; it can happen even to the happiest of couples for a broad range of reasons. We've seen and heard it all. The perfect relationship between two people, who clearly and genuinely have feelings for each other to the moon and back. We've watched as they've grown from friends to special friends.

They have dated and fallen head over heels in love, finally promising to spend their lives together as man and wife. We've also followed them via social media, called them our ‘couple goals’, only for them to shock us to the bone marrow with an announcement of their divorce. We never saw that coming from their matching outfits, did we?

It clearly shows that marriage begins with happiness, and in some cases, this happiness fades away, making both parties unhappy in their relationship. For marriages and relationships to thrive, there are specific tools every couple needs to be aware of and make use of to prevent their union from falling apart when the tempest rages.

That said; there are certain clues wives should be able to spot with regards to the things husbands do to destroy marriage. So, what are the ways husbands destroy their marriage? Let's talk, you and I, woman to woman. In this article, I will reveal them all and the best ways to conquer them all.

Things That Can Destroy a Relationship

1. Ultimatums In The Relationship

Just like life in general, relationships are no easy feat! More so, if you've entered into a different dimension of your relationship when your partner starts saying things like 'it's me or your sister/brother/parents, career or habitual pattern’, this spells a problem.

That said, this different dimension is tough to come back from and is the cause of many failed marriages. The issue of ultimatums in marriages and relationships must be resolved early on before they become habitual, and in effect, reduce the love and connection felt by both parties. No doubt, ultimatums are detrimental to marriages, and they can break up even the strongest couples.

2. Absence Or Loss Of Respect

Respect should never get lost when it comes to marriages and your relationship with your spouse. The minute all respect is lost is the minute the marriage begins to break. To prevent eyes from rolling in your relationship and to save it from any form of contempt, you and your man must welcome all opposing views with grace and, of course, respect. Listening to the other person shows you that we're all human, and indeed, even though you love each other, you're still two very different people.

3. There Is No Sexual Intimacy

In that respect what must you do? Well, try to place a priority on all aspects of your relationship, from communication to respect and also your affection. Be intimate in as many ways possible to keep the flame of desire burning in your relationship.

4. Hiding Financial Issues….And Lying About Them Too

Let's face it. We all hate to have discussions about money. We either hate it or afraid to speak of, for one reason or the other. In a relationship, this must be avoided as often as possible. So, it is vital to be open about financial issues as and when they arise, and even before they occur.

This is because quite contrary to what we believe, loss of trust and respect aren't the significant causes of relationship stress; money is. It is hurtful and sometimes overwhelming if your partner is deceitful about his money because this portrays a lack of respect and, of course, trust in the relationship.

When you're not thinking the same as your partner on anything, especially the things that are the most important, it can be tough and draining. It tends to create the view that they think only about their personal feelings and goals and that you're not valued enough.

That said; it takes a conscious effort to prevent your mind from getting lost in perspective in order to know your other half's viewpoints, values, and personal goals. The inability to do this is a sign that the marriage is about to end in divorce.

6. Disconnection Has Been Typical

You can love someone, but not be in love with them. Or at least that's what we hear in the movies when there's about to be a significant breakup between our favorite couples. That sentence perfectly sums up how being disconnected from your spouse feels like.

Instead of concluding the relationship as soon as this feeling surfaces, it is better to take action by talking, understanding, and providing for each other. What’s more, never assume disconnection to be the final resting place of your relationship, unless of course, you wish to be divorced from the love of your life.

You've both noticed that lately, things between you have been off. Even though this realization has hit both of you squarely in the face, no one seems to want to do anything about it. This is a major red flag and an impending sign that your union will fail.

Issues in a relationship cannot be prevented, but they can be solved when both parties are committed to making it work. Furthermore, procrastination with marital problems and not taking charge of issues head-on can cause terrible complications, which will lead to shocking endings for many couples.

8. You Tend To Criticize Each Other

As humans, we all have our shortcomings in life, but to obsess and nitpick on those of one another all the time can lead to bad endings in every way. In time, you get used yo your partner and start to focus only on the wrong things your partner does, ignoring any right action that is undertaken for your sake.

This breeds ingratitude and discontentment among couples, which is the highway to the ending of your marriage. Constant criticism causes a ripple effect, starting from the inability of both of you to communicate, both parties feeling self-conscious and ultimately, leads to loss of intimacy and trust.

9. You Are Always Fighting To Win

Instead of focusing on a genuine connection, you might be more focused on being right all the time, and this can create significant problems within your relationship. A marriage is a partnership and certainly not a competition; thus, fighting with your partner over who's right or wrong will inhibit openness every marriage needs for good progress and communication.

That said; it’s also vital to understand that issues will never be genuinely solved with competition in the way, and this will affect marriage in the long run. The only way to get out of this constant fight of who said what (which does nothing but causes the other person pain), is to talk to each other, to further understand the direction you're both going in with the relationship.

10. Redirecting Your Affection From Your Partner

In a marriage, your priority is to your spouse, before all else, including the children and your career. But when a relationship is failing, one spouse tends to focus more on the kids, or their job, and even another person through a casual affair or fling.

With this in mind, giving this affection to other people or things first can make the other person jealous, harboring feelings of being unwanted or neglected, which can lead to emotional deterioration and insecurity within the marriage. What’s more, turning your affection elsewhere tells your partner they're being undervalued in life, and this is a significant reason why some marriages fail.

How Do You Know Marriage Is Over?

Why Husbands Ignore Their Wives?

There are some instances where you realize that your man ignores you, a lot. In such cases, it's not advisable to go right out and imagine the worst, throwing tantrums every single day until finally he's drawn away so much and your relationship can't survive.

Sometimes, men ignore their wives because they have also exited the honeymoon phase and have started getting comfortable. So, couples must communicate with their partners to find out how they're feeling and how you both can solve it.

What Is A Toxic Marriage?

The absence of happiness on the side of one partner may cause a marriage to be toxic. The toxicity starts with discomfort, where both parties don't feel comfortable enough to communicate. Then the marriage begins to become more of a routine than a union, with the absence of any emotional connection.

What Do You Do When Your Marriage Is Falling Apart?

For couples that are keen on saving their marriage, they need to work towards it. Both parties must deal with their existing problems before they escalate and get out of human control. This means addressing all issues through honest and open conversations. It may be difficult, but it is essential. Effective communication followed by focused actions are the only way marriages on edge can thrive again.

What Are The Warning Signs Of Divorce?

The first is mismatched expectations before getting married. Before marriages, we tend to live in the fantasy of courtship and everything it represents. We think of marriage as a mere extension of our dates and daily cuddles, forgetting that things change even with merely moving in together.

Expectations concerning finances, communication, and its challenges, past relationships, and parent's relationships, when mismatched, can be a significant warning sign of an impending divorce. These issues must be addressed early on to make both parties aware of what they're getting themselves into.

The happiness of your marriage is dependent on the effort given by both you and your man. Don't allow what started as a beautiful tale to dwindle and fade off as other couples do. Make a difference and talk to your other half and let love win.