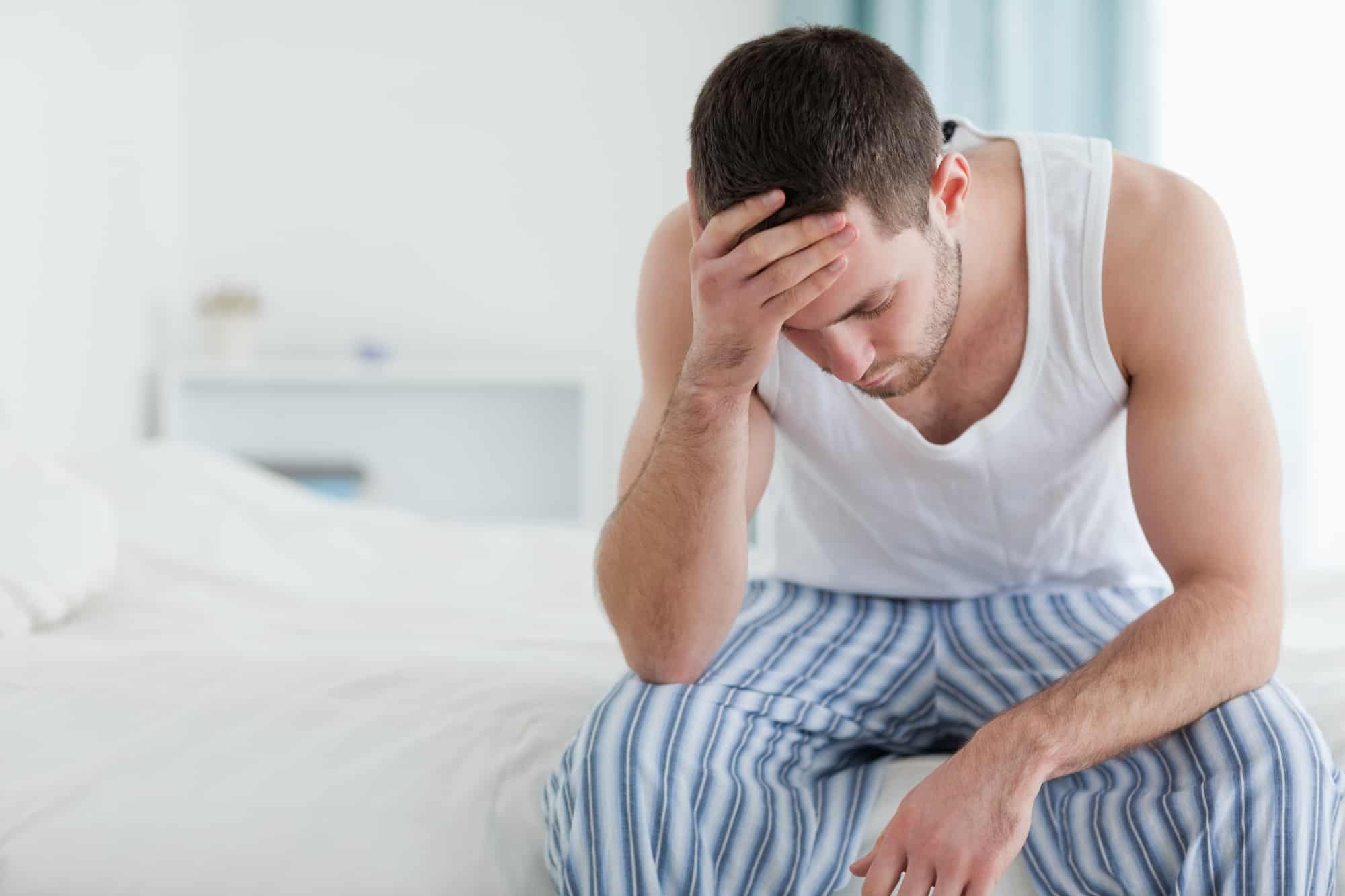 Contrary to popular belief, guys feel the sting of being spurned just as much as we ladies do. In fact, nobody likes to be rejected. The obvious feelings that trail rejection are usually anger, sadness, disbelief, and despair. More often than not, it’s a mix of them all.

Most times, it’s simply something you said or the fact that you refused to hang out with them that one time! So how do you know if they are giving you the cold shoulder because they feel like you rejected them?

Many ladies have met their Waterloo from the hands of men they turned down consciously or unintentionally. Some of these ladies were either stalked, harassed, violently assaulted, or in extreme cases, murdered.

Yes, it’s true, no one likes to be rejected, because it’s easy for self-doubt and even low-self esteem to creep in.

The truth is, no one can be forced to like another person, and everyone is entitled to their free will. That’s why most guys would rather conceal their true feelings whenever a woman shoots down their proposal.

Men like this make women who turn them down to leave feeling uneasy and tensed as they don’t know what to expect. Continue reading to discover how guys act when they feel rejected by you.

Signs He Likes You But Is Afraid Of Rejection

1. He Denies His Feelings For You

One thing some men do when rejected is to try to get ahead of the situation. In a bid to salvage his already dampened ego, he sorts of rejects you too. Whenever he is asked, he denies ever having any feelings for you in the first place.

Similarly, he does everything possible to block out his feelings for you even when his body language says otherwise. By staying in denial, it helps him move past the situation and get over what happened.

2. He Says Hurtful Words To Get At You

This is one of the probable things guys do whenever they get turned down by ladies they have a thing for. Some of them resort to saying a lot of hurtful words just to get back at you. The aim is to make you feel an ounce of what they are feeling at the moment.

Guys who are used to having their way with ladies don’t know how to handle rejection. It infuriates them when you turn down their advances or maybe look away when they are leaning in for a kiss. So don’t be surprised when they start hurling hurtful words your way.

3. When He Starts Telling False Tales About What Happened

This is something you should anticipate from guys you turned down who are still reeling from the shock. Egocentric or immature guys would go straight to their friends or even a random group of drinking buddies.

To save face and to protect his ego, he resorts to saying upbeat things about what happened. He’s simply trying to spin the situation around so that it appears that he was the one who turned you down and not the other way round.

4. He Starts To Avoid You

Have you ever refused to do something for a guy, then he suddenly stops answering your calls and messages? It’s probably because he feels wounded. To him, that’s the only way to show his displeasure; his walls come up, and he starts giving you the silent treatment.

Mature men and guys who don’t want any trouble are more likely to tow this path as opposed to breeding strife and hate. Some of them may avoid places you go to and ultimately keep their distance away from you.

5. He Gets Nervous Starting A Conversation With You

Whether you’ve verbally told him no or not, your actions may have indirectly given you up. It’s possible he got the disappointing news from mutual friends you must have discussed the matter with.

Whichever way he finds out; it would most likely get awkward between you two going forward. It gets worse when it’s a coworker or someone you get to see every day. You’d notice how nervous he gets when he wants to talk to you.

6. He Gets Angry When He Sees You With Another Guy

Jealousy is usually fueled by rejection and can have dire consequences in the long run. When a man that you refused to be romantically involved with gets angry whenever he sees you with another guy, you should know that he’s yet to get over you.

It’s painful to see someone you have a thing for, pick someone else over you. The mere sight alone is enough to dash the remaining hope he has of being with you. So, don’t act surprised the next time you notice his fallen countenance when he sees you with another guy.

7. He Flips Out At The Slightest Provocation

This is another twist to the previous point I highlighted above. Owing to the hurt he’s feeling, the guy might end up despising you. Everything you do gets him angry or makes no sense to him. It becomes worse when the person in question is a senior colleague or your boss.

He’s likely to take the rejection personally and try to do everything possible to get back at you. At the slightest provocation, he shouts at you or scolds you tirelessly. Any misstep or wrong action is met with an uneven negative reaction.

8. He Starts Womanizing To Prove A Point

Some guys feel making out with other women is the best option to prove their mettle when they get turned down. Some other times, the idea is just to get you out of his head and move on with his life.

The guy you spurned might have picked up this bad behavior in an attempt to impress you or show that he’s capable of landing other girls. Some men waste no time in doing so. In fact, they’ll meet one random girl and make a move on her just to prove a point.

After a man gets turned down, paranoia starts to set in and he begins to see things that are simply not there. In this case, the guy considers himself unlovable, worthless, or not good for you. His life starts to feel unbearable, so whenever you see him, he looks dejected and pitiful.

Most people fail to recognize that getting turned down is something that’s likely to happen in their lifetime. When these thoughts take center stage in their minds, it can lead to depression and other psychological ailments.

10. He Starts Stalking You

Stalking originates from a feeling of infatuation and in dire cases, obsession. Guys who are obsessed with women never seem to take no for an answer, no matter how loud they affirm it. They result in stalking and following them all over town.

Stalking in some parts of the world is illegal and frowned upon. Some guys go as far as cyberstalking you on social media to know what’s going on in your love life. In worse case scenarios, stalkers metamorphose into abusing their victims when they get turned down.

Spurned lovers have a tendency to turn violent and physically abusive at some point. Most times, lovers who have invested so much of their time, efforts, and resources into a relationship that acts like this.

It worsens when you’re unable to provide any tangible reason as to why you spurned them. If you’ve ever rejected someone with a violent tendency or past, my advice is that you stay clear from the person’s line of sight to avoid negative occurrences. Some guys in this category have gone as far as taking the lives of their significant other.

How do guys react to rejection?

Men naturally have a bad reputation when it comes to handling rejection. While some may handle it with dignity and respect, others may either respond aggressively or in an unpleasant manner. Furthermore, some guys can go as far as using harsh words on you, or harassing you seeing that they have nothing else to lose.

How do you tell if a guy is rejecting you?

Rejection can come in a number of ways. For starters, he becomes less enthusiastic about spending quality time with you. In actual fact, he may even start avoiding you or places where he might see you. In addition to that, you may begin to notice that he doesn’t respond to your calls or texts any longer.

How do guys feel after rejecting a girl?

An egocentric guy would consider turning down a woman as a boost to his ego and self-importance. Not just that, he sees it as an attestation of his masculinity. On the contrary, his feelings may also be that of sadness and regret especially when the lady in question is someone he greatly admires.

Why do guys take rejection personally?

In most instances, this happens when a man thinks that he has been used, or deceitfully strung along by a woman. Furthermore, an immature man may likely not be able to handle emotional rejection well, whereas someone mature won’t take it personally, and would rather just go ahead and count his losses.

Can a guy change his mind after rejecting you?

As the saying goes, the heart knows what the heart wants. Chances are that in the past he was either indecisive or simply not sure about what he wanted. Once their mind is set on doing a particular thing, they can go any length to achieve it. Just stay open-minded and give him a considerable amount of time.

Seeing that not all men know how to deal with rejection, it’s imperative that you turn them down calmly and respectfully to prevent any sort of backlash in the future. Hope you enjoyed the read? Leave your comments below and please hit any of the social media buttons to share this article.