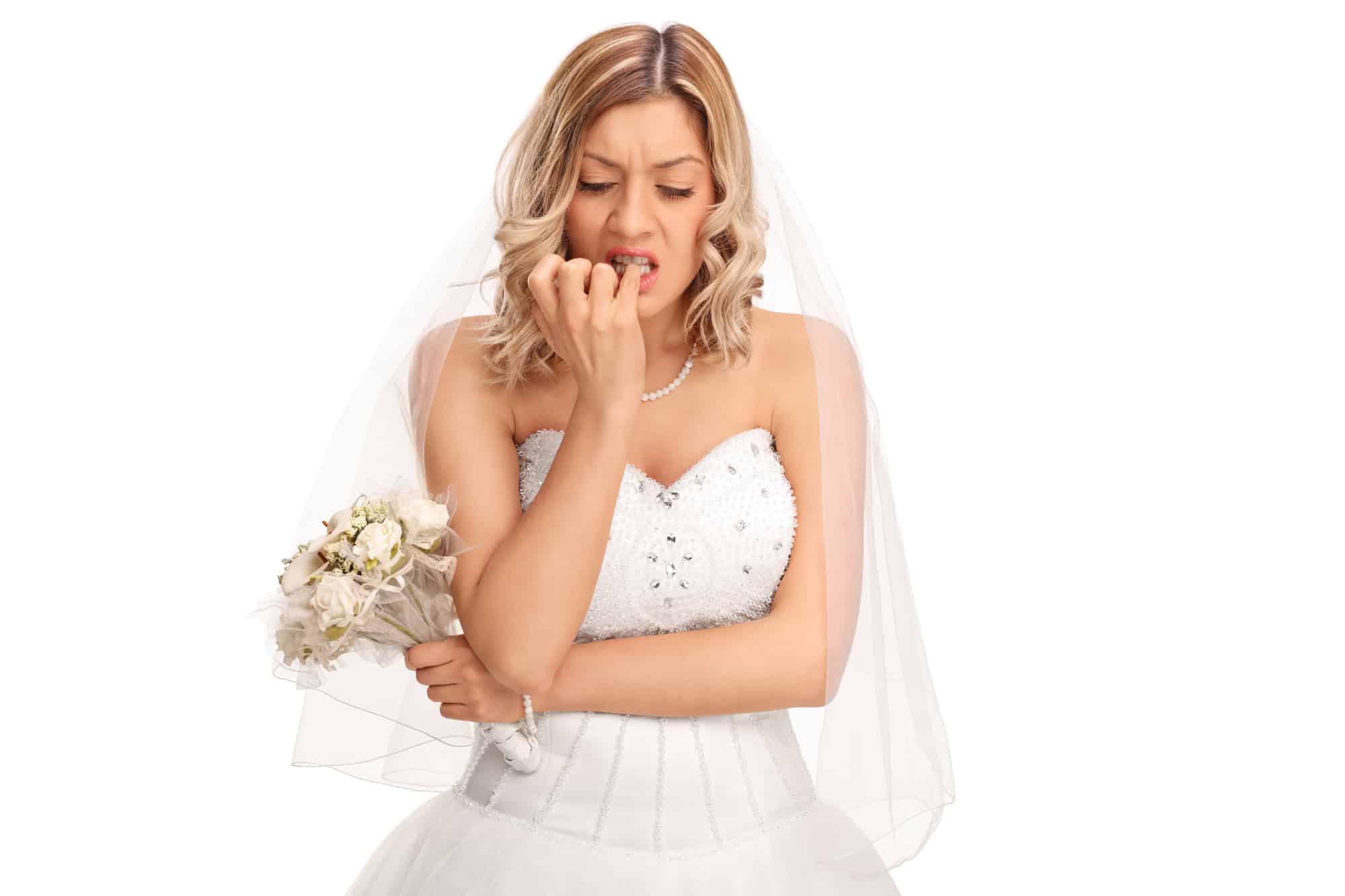 The decision to marry your partner or choosing a life partner is one of the most significant decisions you would ever make; having certain doubts is normal. Shocker! Most people are quick to put doubts about relationships in the ‘bad things’ folder. However, it only becomes harmful when it lingers on instead of leading to constructive criticism.

Yes, even when you've met your soulmate doubts would still creep in there; uncertainty is part of what makes us human. The beauty of getting married comes from choosing your significant other over and over despite their shortcomings and whatever lies ahead.

The truth is, having doubts about anything can help you come up with a better choice about the matter. Keep in mind; marriage is about you, not a family member or friends. Their overflowing ideas might have hijacked the wedding ceremony, but after the wedding day, it’s just you and your partner.

It's about what you want to do with your life and the kind of person you want to spend that life with, trust me, you don't want to ‘not’ think twice about this! However, you're in luck. This article has eleven reasons why having doubts about relationship is necessary.

11 Reasons To Have Doubts About Your Marriage

As I said, the decision to get married is on you, not on anyone else. Take time out of the euphoria to think about how happy your partner makes you feel, and if this happiness would increase when you get married to him.

There's a difference between loving the idea of getting married to a person and wanting to marry that person for real. Certain doubts help you draw a fine line between those two things.

Most of the time, doubts point to one red flag or more. It could also be our instincts telling us that what we're doing (marriage) isn't right for us. Shoving those warnings to the back of your mind only worsens the situation. Trust me; if you do not face them before you get married, you will meet them after.

Thinking your decision over gives you time to sort through the red flags you may have ignored and to decide whether you can live with them.

You're probably wondering why you should have second thoughts when the pros and cons are equal, here's why; when your advantages don't outweigh your disadvantages, this means you'd always be afloat.

No one does business merely because they want to break even; it’s for-profit. The same thing applies to marriage; you should see a good future, not an average one with your significant other. Equal pros and cons leave room for regret.

Communication would always be the foundation for a good marriage. A bad connection is a solid reason for doubting marriage with your partner would work. I mean, you both love and want to be with each other but somehow find it challenging to communicate wants, needs, and feelings to yourselves.

It may work out initially, but in the long run, you need healthy communication to thrive, grow and stay in love. If it’s a major issue, consider seeing a therapist or a marriage counselor.

You can never tell what you would do in a situation until you're in it. Second thoughts are necessary when you're in a relationship with someone who probably has a terminal disease or other health conditions.

You shouldn't decide to marry them on a whim. I understand that this could be ‘the one’ for you, but if you don't settle the doubts rising in your head by confronting and moving past them before marriage, they will come back at you and not in the right way.

These doubts or second thoughts you have can be turned into constructive criticism, and that could be validation for you to marry your partner. That's why on the wedding day when the bride has cold feet, her friends, family or even planner help her to validate her choice by constructive criticism.

Questions like, how does he make you feel? Is this what you want? Do you want to do this now? Would help you through the process. Just be honest with yourself.

A person’s belief is another reason to have second thoughts about marrying them. Whether you admit it or not once you’re hitched, a lot of things from your partner begin to rub off on you. Maybe this man isn't as religious as you are or even religious at all. As a result, there would be conflicting interests in the home.

Are you ready to handle that? Is it something that bothers you? Think about it first before saying I do.

Cheating and lying are major deal breakers for a lot of people, so much that they won't even be second-guessing the situation of things. However, if you are thinking about marrying someone who has cheated on you, having second thoughts is normal. To get past this, you may have to have that hard talk with your partner about how you feel, and you need to trust that it won't happen again.

Timing is very critical even when you’re marrying someone you love. That's why there's such a thing as marrying too soon, not necessarily because you haven't found ‘the one.’ They could just be another pressing issue in your life that can cause you to not feel like it at the time.

Maybe you're not up to the legal age; perhaps you'd like to get a degree first or experience one thing or the other before then, and you haven't. This type of situation can stir up strong doubts before your big day.

The fear of domestic abuse is an excellent reason to have doubts about marriage. Most people think of marriage as some sort of trap where you get stuck with one person for life, but that isn't the big picture at all. However, it's still an open window for doubts to fly in.

11. A threat to financial freedom

You might not want to marry this guy because you feel it is a threat to your financial freedom, as usual. It might sound a bit far-fetched, but this is a serious reason to have second thoughts about marriage. A lot of people divorce for financial reasons anyway. If you can come to fair terms with your partner concerning finances, things should work fine.

Is it normal to regret marriage?

Marriage is full of uncertainties; you can't tell what it'll be like until you’re finally married. Regretting your marriage means things didn't or aren't working out as you would like. I don't think it's ‘normal’ to regret the marriage because normalising marital regret takes out the need to have second thoughts.

How long should you date before marrying the second time?

The choice is absolutely yours. You don't need validation from anyone, to decide how long you want to wait or if at all you should marry again. This is about you, wait for as long as you feel is right. Whether that's two years or a couple of months, do you sister!

Is it normal to have doubts in a relationship?

Of course, it's normal to have doubts about a relationship. Even though these doubts can become toxic, they play a crucial role in determining whether or not the relationship is worth it. Good communication with your partner helps clear a lot of doubt; doubt isn't always the end of a relationship.

Is it normal to have second thoughts about separating?

Yes, it is. If you're having second thoughts about getting a divorce, maybe you should think about why you feel that way and work things out if you can. Sometimes it’s just the fear of being alone that stirs up those thoughts; you can’t get past them by going through it.

Do husbands ever regret divorce?

As long as he isn’t an alien, your husband can regret getting a divorce. Even though they hardly ever admit it, it's true. Over time the actions we thought were unforgivable can become meaningless; this realisation happens to everyone.

I hope I have been able to convince you that having second thoughts about marriage is sometimes necessary. Remember, having these doubts could actually help you make a more informed and thought-through decision. I would love to read your thoughts, write them down in the comment section below and please share this article as well.

You May Also Like
201 Questions and Things to Talk About With Your Boyfriend (How to Get to Know Him Better)
No Comments
What Do Flaws Mean In A Relationship? (23 Flaws in Couples)
No Comments
How To Get Your Boyfriend To Be More Affectionate (13 Ways To Make Him More Caring)
1 Comment