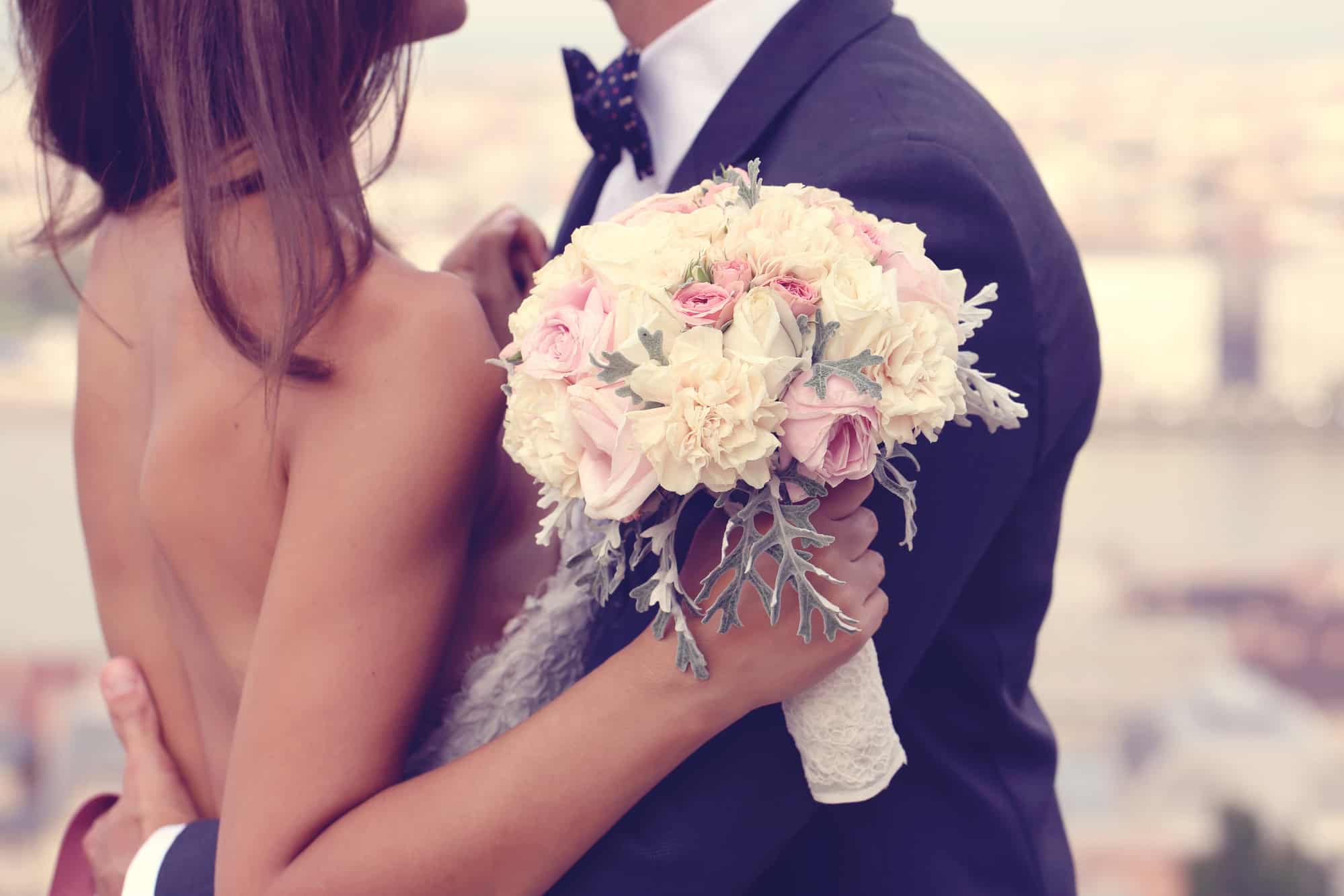 Life comes with different surprises and sometimes, you find yourself making decisions that you never thought you would. Marrying your ex-spouse the second time around is one of such surprises because divorcing someone in the first place meant the marriage wasn’t working out the way you wanted.

The reality is that only 3% of divorced couples take the chance of remarrying and about 60% of such remarriages do not work out eventually. If you get remarried after divorce, building a healthy relationship isn’t impossible, but will probably take more work than when you were married the first time.

You want to get it right the second time around, if not, there’s no point wasting your life on a relationship that is destined to fail.

Are you currently considering remarrying your ex but worried about all the things that could go wrong? Are you skeptical about why you should or shouldn’t tie the knot with your ex-spouse? Then this article will help put things in perspective for you and hopefully help you make the decision best for you.

Things To Consider Before Remarrying Your Ex

1. Ensure both of you have changed

One of the major causes of divorce is lack of identity, especially when you marry quite early. When two people unsure of what path to take in life get married, there is the possibility that both will have issues with upholding the marriage.

Apart from that, there are many other issues that could have caused the initial separation. So, if you’re considering remarriage after divorce, you have to be sure you have a better understanding of who you are now. This way, both you and your ex-spouse will successfully re-do life together.

Remarriage and divorce usually go in the same sentence, but not when two people who separated once are planning to tie the knot again. That’s because divorce is usually the last resort, and most people aren’t willing to forgive and forget. If you are going to rebuild your lives together, then forgiveness has to be the foundation.

Don’t divorce and remarry the same person just to outline all the wrongs he did to you. If he wanted that kind of diary, he would have bought one. Clear your mind, resolve your issues and forgive yourselves before you consider getting married again.

Once you decide you want to be with your former spouse again, give the relationship a year or more before proceeding to legalize the relationship again. I know that rush that comes when making these kinds of decisions, all of a sudden, you feel wiser, stronger, and more mature.

Well, most of the time, life doesn’t respect any of that. You have to calm down and give the relationship time to naturally flourish. Take your time, go on dates again, figure out what had happened in the space both of you were divorced, you don’t want any surprises.

Remember, this is the second time you’re trying to make a marriage work, so there’s no need to rush. If things don’t work out, both of you could silently go your separate ways this way.

Working out things with your ex-spouse on your own is great, but seeking the opinion of a professional marriage counselor will help both of you view the situation in a clearer light. The right third party will give you something to think about and enable you to do so honestly.

You and your ex-spouse need to be open and willing to go through the counseling period in order for it to work. If you remain closed off about some aspects, you will be reentering a union that is bound to fail again. You can also pick up counseling books or attend marriage workshops along the way.

5. Take a step back and reflect

In many divorce cases, both parties usually share the blame for their failed marriage. Except for cases of abuse, (of which it would be foolish to reunite) you and your ex-spouse probably had a part in why the marriage broke up. As such, you need to take a step back and reflect on what you should avoid doing this time around based on what went wrong in the past.

An after-divorce remarriage is sensitive because other family members will most likely advise against it. Also, there are so many issues to address before taking the final step to re-tie the knot. Give yourself the time to do a proper reflection.

6. How does it affect your children

If you have children, especially young ones, you need to think about how this will affect them. Don’t make the mistake of remarrying because of your children. While that may be a noble cause, you need to acknowledge that you are your own person first and that putting yourself through an unpleasant relationship just for your kids is not the best decision.

If at all you decide you’re getting back with your former husband because you love each other, don’t be in a haste to inform your children. Hold on till you’re really sure there will be a remarriage.

Your first marriage failed. Accept that first; it is only then that you can start building the foundation for your new marriage. Getting divorced and remarried is a big deal that not many people can relate to because it’s not that easy.

You’re concerned that things will be awkward and that past errors can come knocking and destroy things for you. Therefore, it is wise to accept that you’re starting afresh, get to know your partner all over again before tying the knot again.

It might be tempting for you to pick up right where you left off before, but you need to realize that although you know this person already, it is a whole new relationship. It is also possible that both of you have undergone some changes that require proper adjustment. You both need to relearn things about each other and see where this new path leads you.

9.  Be real and ready to make the marriage work

As much as nothing is set in stone and anything can happen in life, there is still a need for you to set realistic goals and expectations. After setting these realistic expectations, you need to work towards realizing them with your soon-to-be partner.

Don’t expect that you’ll both become best confidants soon after reconnecting. Trusting each other again can take time and so you should give each other the time to reach that place of trust again.

You aren’t certain what will transpire down the road with this remarriage, and so it is advisable to have a prenuptial agreement to protect yourself from a possible downturn. If your partner is asking for a prenuptial contract, you shouldn’t take it hard either.

Agreeing to a prenuptial agreement also shows you want to make a home with him and are not after financial security alone. You both might decide to leave out prenuptial terms, but at the end of the day, do what’s best for you.

11. Adopt a hopeful and positive attitude

You’re scared, doubtful, yet in love and that’s quite understandable. However, if you see any future with this guy, you need to minimize your doubts and magnify your love and positive feelings in this new relationship. Friends and family members will say what they think but what do you think?

Your feelings and decisions are what matter. If you have thought about reviving the love and the pros outweigh the cons, you should go for your happiness with a positive attitude.

Is it common to remarry your ex?

A recent study showed that out of 1,001 couples who reunited, only 6 percent considered remarriage to the same person they had divorced before. Out of the 6% that remarried, about 72% remained married. This study shows it is not that common for divorced couples to remarry but it is also not impossible.

How many divorced couples get back together?

A good number of divorced couples get back together to start a relationship. However, not all of them make it to the marriage stage, and out of those who remarried, not all of them stay married for life.

Do divorced couples ever remarry each other?

Yes, divorced couples remarry each other but the probability of a remarriage working out in such cases is slim because of the baggage from the past. If both parties are determined to make the marriage successful though, things can work out.

Do ex-spouses get back together?

Former spouses get back together even though it can be a hard and long journey to becoming loving couples again. There is a lot to sort through, and if they have children the situation becomes even more delicate. However, if the couple gives the relationship time, it might go well.

If he was the one who was mainly responsible for the breakup, yes an ex-husband can feel bad after a divorce. The man probably still loves his wife and regrets his actions. This regret might lead him to make efforts to reunite with his former wife.

Remarrying your ex can either be a muddy situation or a great reunion meant to happen. However, you need to be careful to do things the right way this time around in order to make the marriage work. If you consider the tips in this article, you should be able to wade through the multitude of questions in your head.

Leave your comments on how you handled a similar situation and if you enjoyed reading, do share this with others.

You May Also Like
Will He Come Back? (13 Signs To Look For)
No Comments
How Long Does It Take For An Ex To Miss You With No Contact? (11 Factors To Make Your Ex Miss You More)
2 Comments
What To Post On Facebook To Get Your Ex Back (9 Things To Do)
2 Comments