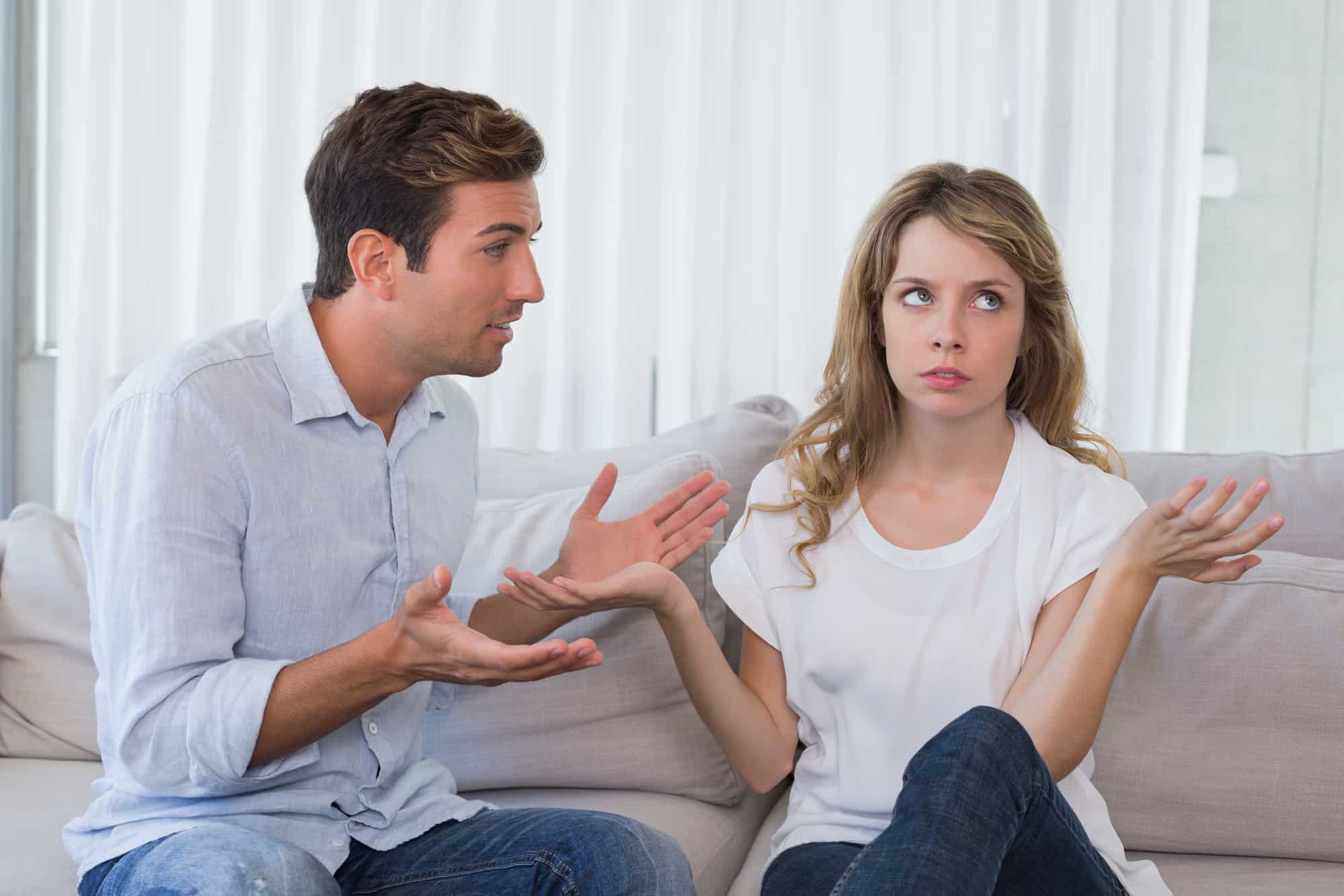 How To Deal With Nagging Husband (3+ Grown-Up Solutions)

Nagging has always been associated with women, you’d hear husbands complaining about their nagging wife, but rarely do you hear about a guy that nags. You'll be surprised that men criticize, complain, and condemn their women too, it’s one thing to deal with an overly emotional man, and another dealing a husband who nags about everything.

So, why would a man nag? In most cases, your partner will start badgering you when he feels ruled out in the process of decision making in the home. That's when he feels like he’s being left out, especially when he's the type that works for long hours.

However, living with a nagging partner, you might, as a rule, feel the need to lash back or push back. In a sense, that should not be the right approach to follow, instead, your reaction to such things is to find out what exactly is wrong and how to solve it.

Furthermore, there are many things you shouldn't do in regards to your spouse badgering because some of those reactions may strain your relationship even more. That’s why we'll be looking at some of the positive ways you can deal with this issue effectively.

How To Deal With Nagging In Your Marriage

I get it, your hubby is driving you crazy with his persistent complaints, but you should understand that it's not everything you should take to heart. There are various reasons why a person could be badgering and critical.

In the majority of cases, he may have some life issues weighing him down, and the only way to lash out is to complain at home. The truth is, when he’s at work, he doesn’t have the liberty to shout or whine, but you’re his wife, and he knows you can take the criticism.

I'm not in any way suggesting you should subject yourself to bully, all I'm saying is that you should figure out a way to see the grievances and badger for what it is. In a way, this will clear your mind to relate more with your spouse as a person and have the relationship that you desire.

For instance, your husband may be going through a lot of stress at work, I know he shouldn't put it on you, but it's happened. So, understanding that you're not the problem at that point will help you not to take things personally. The key here is to be understanding, it may even help him to reflect on the bad habit.

When you live with a nagging spouse, there's a possibility that you'll start to nag after some time, so, be careful before you become a nagging spouse because of your husband's character. In that same vein, if you want to make a constructive change when dealing with your husband’s badgering, the best approach is not to play ball with the negativity.

For instance, your partner may be complaining about your spending, since he'll be sounding demanding and bossy, you may see it in a different light, and misunderstand his criticism. In that case, your response should be to explain what and why you need the items you bought and not ask him to mind his business.

He may likely understand you, and there'll be peace. Finally, try to be accountable for your actions, and make reasonable explanations when necessary. In that way, you can defuse his anger and help calm him, instead of keeping yourselves stuck in a rut of conflict.

3. Put yourself in his shoes

This particular one will be very complicated to figure out, but, if you put yourself in your man's shoes, you'll be able to understand his aggravation. So when the criticism starts rolling in, instead of responding in anger, try to see things from his point of view first.

Most times, an abrupt remark may feel like a nag or a criticism when, in a sense, it's not. Your partner might actually be pointing out the obvious, even though his tone may be a little off.

So, instead of giving him your usual response, sit back, and think about what he has been saying. Fair or not, can you see the direction he's coming from? Does he have a point in this?

Also, ask yourself if there's a possibility, he didn't mean any harm with the comments. Until you've done this, you'll likely not be able to read between the lines and figure out why he's nagging.

If you're confused, you can ask him to explain what exactly is bothering him when he's calm, also, make sure you're not using an accusing tone.

4. You should both agree on what you need

If your husband was not always like this, then he may be going through a stress shift from work. He can’t just be the meek and calm guy one day, and the whining husband the next day. When life happens, sometimes people forget their values and principles and just let the situation overwhelm them.

It could be a major life event like losing a loved one or stress from work or something he doesn’t feel confident enough to share at the moment. No one wants to be whiny on purpose, so if that man is going off at every single opportunity, something might actually be wrong.

In that case, Susie and Otto Collins, a relationship expert and author, advised that you've to make an agreement that will deal with what you both want in the situation. For the most part, your partner should communicate his needs to you. All in all, make sure you're doing it together.

How do I deal with a nagging husband?

I’ll advise you to stay impartial and calm, don’t throw a fit or act unreasonably because he’s criticizing you. Have you thought about talking with your spouse? That should be your first move. Sometimes, he may not even realize he nags, so, talking could help you get to the crux of the problem, and probably a solution.

Why do husbands nag?

First, men hardly nag, but when it happens, it could be when things are out of place in their relationships. Additionally, they could nag because of frustration or stress in the marriage. Another thing that will prompt a man to nag will be when their wives don't meet their physical needs.

What is nagging to a man?

Men see nagging wives as a turn-off. Also, they'll see it like you want to dominate the relationship. If they feel that they have to give in to your consistent requests, then they'll put up resistance in order not to be controlled. Also, your hubby may feel rejected, if he's getting nagged all the time, he might start feeling like you don’t appreciate him for who he is and all he does.

It's not actually the nagging that can harm the marriage, but instead, the underlying communication problems that cause the nagging in the first place.

Sometimes, it’s built up emotions that keep rising and eventually erupt, at this point, there’s little that can be done to salvage the marriage.

Inevitably, at some point, husbands and wives get stressed out with each other. Though, research shows that women are more likely to be stressed by their husbands than otherwise. However, a nagger wife can end up stressing her husband, especially when he's the sole breadwinner, shouldering all the financial responsibilities in the house.

It's unhealthy for relationships to be full of nagging and persistent criticism. I believe the points I've shared have helped put things in a good perspective. Don't hesitate to drop your comments below, and let me know what you make of this. Furthermore, please share this article with your friends, they may need it too.