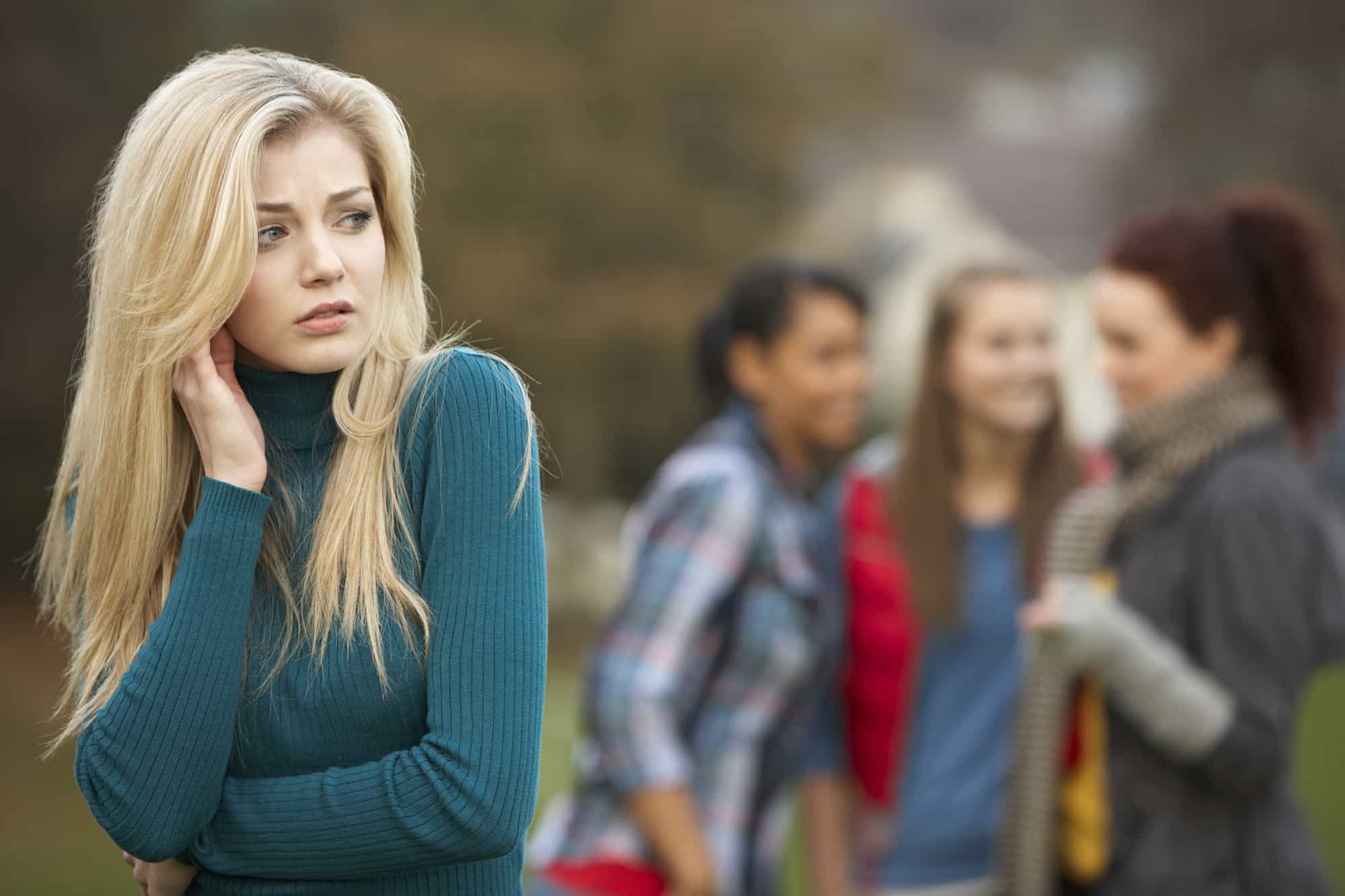 So, you’ve come to the conclusion, “My boyfriend’s friends don’t like me?” You probably are feeling a bit down, because, let’s face it - we all want to be liked by everyone. That’s just not a reasonable long-term goal, because no one is liked by everyone.

I know I’ve gone through many phases in my life when I wish everyone liked me, but certain people just never warmed up my way. I even went through a phase in High School, where I was picked on and made fun of, leaving me with bad memories!

However, after some serious analysis, I determined they were just jealous of me for one reason or another. Of course, that didn’t resolve the rejection I felt, but it was the best way I knew to handle the situation!

So, what do you do when someone doesn’t like you? In this article, we’ll review the best ways to handle rejection from the friends of your boyfriend. If you are feeling especially down about this, try not to let it get to you too much! Plus, I’m going to give you some great ideas on how to best deal with this situation, so stay tuned!

What It All Means?

One thing you need to realize is that this is a completely normal and often uncontrollable situation! You may not be able to change these circumstances, but it’s very common to feel hurt, annoyed, and confused. As Psychology Today explains, our love life doesn’t exist in a social void. Instead, the way our romantic partner’s family and friends matters to them and to us!

You need to realize that ultimately it’s his choice to listen to the mindset of other people or not. He may not care what others say or feel about you and will end up loving you just as much as before, if not more! Yes, I said more! Some people are influenced in the opposite direction of what other people think! Remember dating the “bad boy” that your dad hated? Exactly!

Signs This May Not Be True

Before jumping to any conclusions about how his friends feel about you, make sure that your feelings are legit. Is it possible that you are just being insecure and making assumptions about what is going on when really they just don’t know you yet? This stuff takes time!

It’s not really possible for every individual in the world to like everyone they meet. It’s just not going to happen, so you may be feeling something that isn’t actually true or accurate. Don’t let yourself get all worked up over nothing! Relationships have their ups and downs; this may be one of those issues you just have to be patient and work through.

Maybe his friends were just nervous about meeting the girl that your boyfriend has spent hours talking about. They may have a negative opinion about you, based on their annoyance of him talking about you so much, and there’s nothing you can do about that! You certainly can’t change their opinions at the first meeting! Just stay calm and give it time before worrying!

The Best Ways to Handle His Friends Not Liking You

1. Give them a chance to get to know you better

Let them get to know the REAL you; that’s not something that’s going to happen overnight. They may not care for you at the beginning, which could actually cause relationship issues, but that doesn’t mean that over time they won’t warm up once they understand what you are all about.

2. Find common ground with his friends

If you are convinced his friends have a false impression about you or something, you have an opportunity here - a chance to learn more about them! That way, you can see what their interests and passions are, so you can find common ground - things in common with them! What do you all like that’s the same?

3. Ignore whatever they say

Whatever his friends think is their problem, not yours. You can’t always get people to like you. They may make up stuff about you and tell your boyfriend those things, but that doesn’t mean that it’s true. People love to talk and gossip; it doesn’t have to affect your relationship. The only thing that matters is what your boyfriend thinks!

4. Don’t force friendships that aren’t there

If you feel like his friends do not like you in the way they should, don’t spend an enormous amount of time trying to get them to like you. Doing something like that is more likely to make things worse in your relationship with your boyfriend, and will likely make his friends like you even less! Do your best; then, let it go!

Sometimes, things like this just need time to work out. Provided his friends aren’t causing you relationship issues, you should just wait it out and see what happens. Right now, you may feel like you need to resolve the issue immediately, but you may just need to look toward the future and focus on that and the health of your relationship.

Realize that you cannot control another person’s thoughts and feelings about you. If that person isn’t fond of you, just accept that, and don’t allow something you can’t control to affect you in a negative way. Relationships have survived much worse than this, so forget about his friends and think only about what your boyfriend thinks of you.

7. Look at it from their point of view

One important fact you need to realize is that your boyfriend had relationships with these guys before you came around. They may be just lashing out because they are jealous of the time you are spending with him in your relationship! They miss having him all to themselves and are taking it out on you!

Try to empathize and realize what they are going through, as well. You are stealing him away from their golfing, fishing, or whatever activity they used to do with him. His friends probably think you are changing their friend, turning him into a different person because now, there are times when he’d rather spend time with you rather than them!

8. Talk to your man about it

If you feel that the opinions of his friends are hindering your relationship in some way, you should let your boyfriend know what you are feeling and why! Explain that you want your relationship to survive this and ask if there’s anything you can do to change things for the better. Don’t whine or complain about it; just state the facts!

9. Maintain your distance from his friends

You may be better off letting your boyfriend’s relationships with his friends play out as they would if you weren’t in the picture. In other words, give them space, and if you know they’ll be around, pick another time to hang out with your man - a time when they aren’t around. You don’t need to spend every second with him, anyway!

It really isn’t healthy to spend every waking second with your boyfriend, so just give him the time he needs with his friends and let that be a time when you can just go out with the girls or have some alone time.

Focus on your job or favorite hobby; find out why everyone is crazy about Marie Kondo or learn to crochet! Just get busy and give him space, even if you are madly in love and want to spend every second with him!

What do I do if my boyfriend’s friends don’t like me?

The best thing you can do is not to let the opinion of others hurt you too much. I know that’s easier said than done, but you will get through this with a little bit of positive thinking and reassurance from your man! This feeling will pass with time!

How do you know if your boyfriend's friend likes you?

You may overhear them talking bad about you, saying hurtful things, or snickering when you come around. If his friend group treats you this way, hopefully, he will stand up for you with each and every one of them! He may even tell you what they think and his thoughts.

What should you do if your boyfriend's friend hits you?

If anyone hits you, you should get away from that person immediately and possibly, involve the authorities! Make sure you tell your boyfriend what happened. If he doesn’t stick up for you and take care of the situation, he may not be the right guy for you!

This happens quite frequently, actually. This is because often, parents think that no girl is good enough for their “little boy.” Remember that they may not know you very well, and over time, their opinion of you will, most likely, change. People change their minds all the time!

How do I talk to my boyfriend’s friends?

If you think your boyfriend’s friends don’t care for you, something that you can do is to get to know them better. Find out what they are into or what their passions are - anything to find common ground with them, something to talk about! Find a way to connect!

If your boyfriend’s friends dislike you, you are not alone! This is a normal thing to be going through, so aren’t a freak or anything! It’s best not to let this get to you too much!