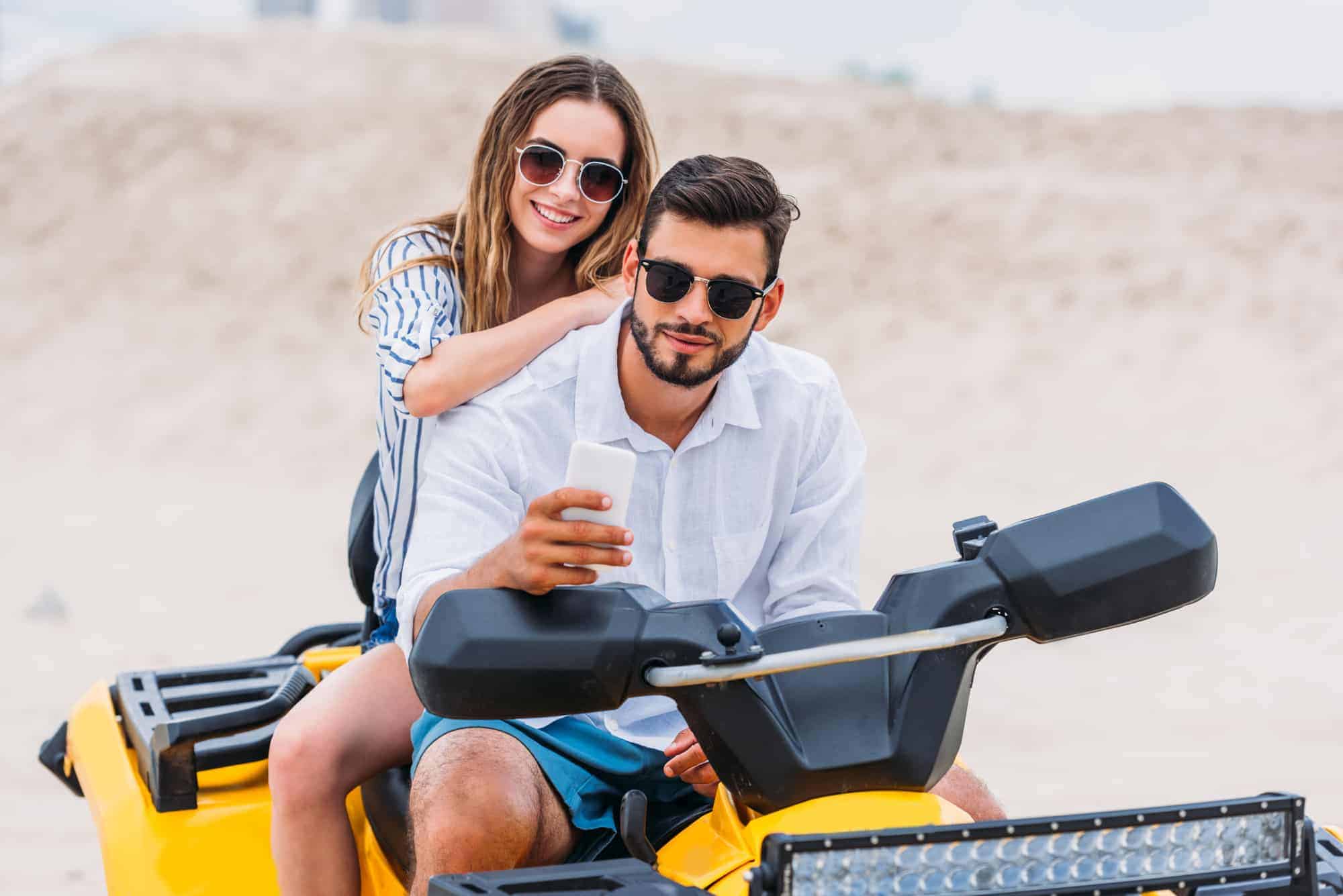 My Boyfriend Is Shorter Than Me (13 Shocking Truths)

Dating a guy shorter than you should never be a deal-breaker, and in fact, your dating pool really expands when you’re open to dating shorter men. A shorter man can be just as wonderful as his taller counterpart, after all, deep romantic connections exist between two people regardless of their size.

However, the truth is, if you’ve ever been in a ‘shorter man taller woman’ relationship, or you’re currently involved with someone shorter, you’ll know there are some aspects of the relationship that are completely unique to the height situation.

In this article, we’re going to take a look at the top 13 things that are specific to a relationship where there’s a height difference.

How It Works Having A Short Boyfriend

One of the things you do need to be super aware of before even getting into a relationship with a short guy is that people might point it out. For some reason, we are all so ingrained with the fact that seeing tall women with short men is abnormal. Obviously, this is a completely ridiculous concept, but you will probably still have people you meet to mention it to you.

2. You have to really think about taking photos together

If you, or your boyfriend, is bothered by the difference in height between you in photos, you’ll have to put a lot of effort into taking photos together. You’ll most likely find yourself crouching down and him standing as tall as possible to make it look like you’re the same height.

3. Your good posture will most likely disappear

Whether you’re trying to make yourself seem smaller in photos, as mentioned above, or you’re always leaning down to look at your man, you can say goodbye to good posture. Regardless of whether you’re bothered about the difference in height or not, as the taller person, you will often find yourself slouching, leaning, and crouching.

Although not all women feel like it, you might feel more masculine by dating short guys. You might not be comfortable with the fact it’s you that has to get things off tall shelves and you that commands the most energy when you walk into a room. Short guys definitely can be masculine, but for some women, they need a tall guy to make them feel traditionally feminine.

5. He could have short man issues

We all know these people - they buy big cars, act big in front of people in the office, have incredibly loud voices, and like to show off every single asset they have. It is true that some short guys have short guy problems and because they’re insecure about their height, they try to go overboard with everything else in order to impress.

6. You might miss getting thrown around in the bedroom (if that’s your thing)

Sex with a shorter guy can still be amazing, but you simply won’t get the same experience as being with a tall guy. Typically, tall guys can pick you up, really dominate you and move your body around like you’re as light as a feather, whereas smaller guys just aren’t able to do this.

The biggest fear most women have when it comes to dating smaller guys is that they won’t be able to wear high heels. The truth is, yes, you might feel uncomfortable about wearing high heels because they are just going to make you inches taller than you already are, and you’ll probably be towering over your partner wearing them.

8. But the truth is, you’ll wear whatever shoes you want

However, contrary to the point above, you will most likely not give a damn about your shoe choice, and you’ll wear heels if you want to. Knowing that you’re in a happy, secure relationship with a great guy, your choice of heel is completely up to you. After all, being a couple more inches taller doesn’t really make that much of a difference and no one will think any different.

9. The sex might be better than with taller guys

Although smaller guys might not be able to pick you up and move you around the bedroom like you weigh nothing, you might actually have a better sex life together. You can try more positions together as you’ll actually match up well, unlike with a tall guy you might just be too far away from each other or a new position might not even work. For example, a smaller guy is perfect for 69.

10. You most likely won’t feel overshadowed

It doesn’t matter how much of an independent woman you are, when you walk into somewhere with a tall guy on your arm, you might feel overshadowed. People will most likely look at him first, talk to him first, and give him the most attention. However, with a smaller guy, most people see you as equals or even see you as the more commanding one.

11. He’ll most likely be kinder

Smaller guys know that they aren’t winning in the dating field when it comes to height, so a lot of the time, they not only have compassion and empathy, but they also try a lot harder to be a more lovable person.

12. You’ll probably not talk about it

Initially, you might feel like the fact that your boyfriend is shorter than you is a huge problem and it’s going to be a big issue in the relationship moving forward. The truth is, much more important stuff happens in life and if you both love each other and you’re happy, your difference in height is probably never or very rarely going to be discussed.

If you or your man feel self-conscious about the difference in height, there’s nothing that can be done, so you have to get over it. If you love each other and want to be with each other, you’ll look past it and never look back.

Is it OK to date a guy who's shorter than you?

It’s absolutely OK to date a guy that’s shorter than you. You shouldn’t date someone based on superficial values anyway, so height shouldn’t be something you really care about. Of course, both you and the guy you date have to be content with yourselves and the height difference, but it shouldn’t be a problem.

Does height matter in a relationship?

Height should not matter in a relationship at all, and as long as neither one of you have huge insecurities about the difference, it won’t be a problem. Height issues are such small issues in comparison to other relationship problems you could face.

How do I look shorter than my boyfriend?

If you’re taller than your boyfriend, the truth is, you’re not going to look shorter than him, and that’s something you need to own. Of course, in photos, you can crouch and bend slightly, but in real life, you’re taller and that’s that. Don’t try and make yourself smaller, just embrace it as a couple.

Some guys like tall girls, some guys like small girls, it really depends from person to person. As mentioned above, height doesn’t really matter in a relationship, it’s about personality and how each person makes the other feel. It can probably be said though that guys that don’t like taller girls might be self-conscious of their height.

This article should’ve brought to mind some of the things that you might experience if you date someone shorter than you, or what you’re probably experiencing or have experienced already if your boyfriend is smaller than you. At the end of the day, height shouldn’t play a role in love and happiness. Love who you love, regardless of it.

Did you like this article and find it useful? Let us know in the comments and feel free to share!

You May Also Like
Online Dating Profile Examples To Attract Men (11 Ways to Make a Good Dating Profile )
No Comments
How To Tell Your Crush You Like Him (17 Step-by-Step Ways)
No Comments
Why Do Guys Like Feet? (21 Reasons Why Women’s Feet Interest Men)
15 Comments