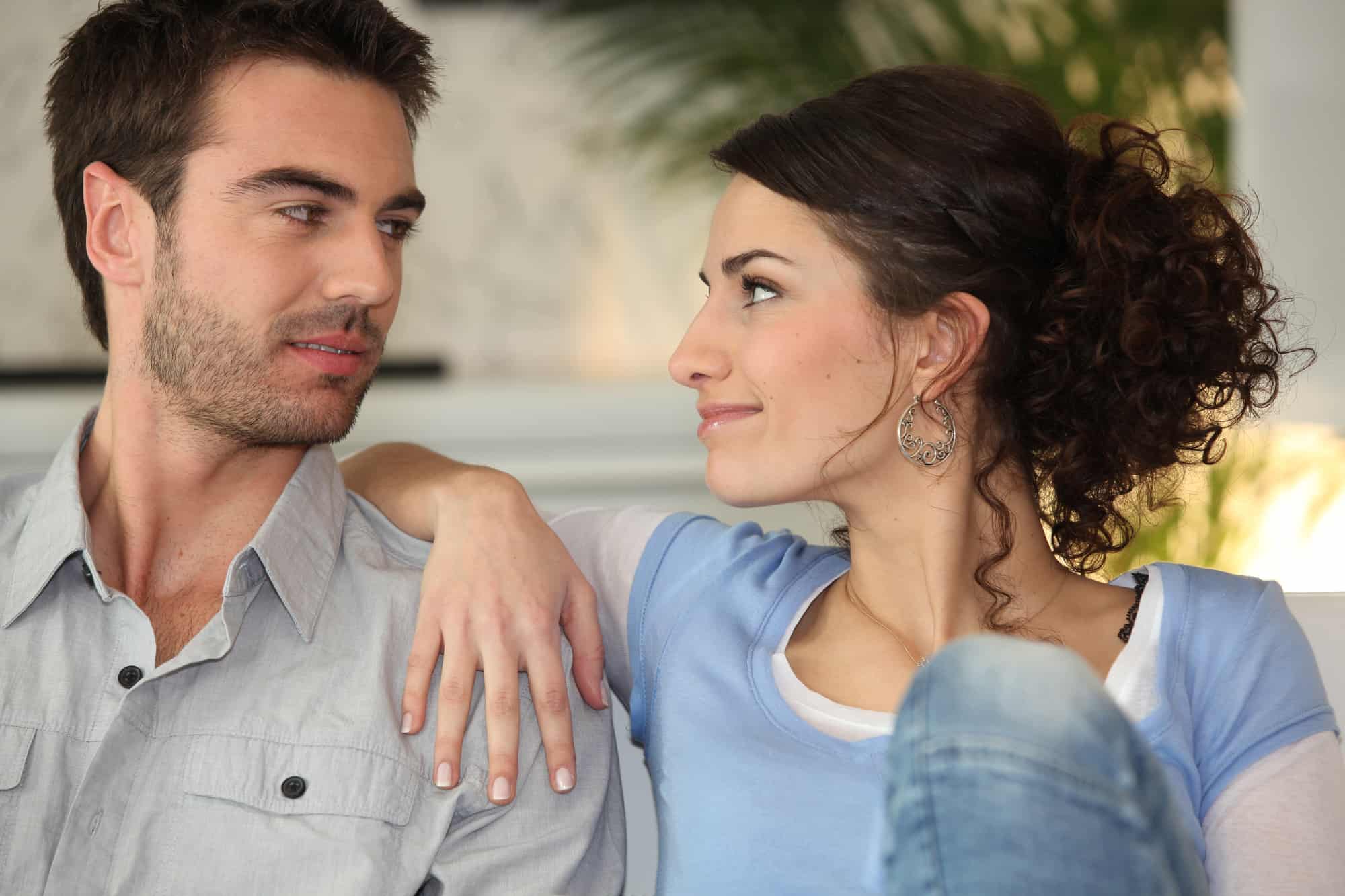 We have all met that one person who was kind, loving, affectionate, helpful, handsome, and everything any woman would want in her life. However, it’s hard to ever trust them fully because we’ve been taught that ‘all guys are the same’ and no one can be perfect.

I won’t lie, there are some men that are quite impressive on all fronts, but I guess that’s what makes it fishier. Now here’s the thing, some guys are nice to a fault, and that’s just their nature. But others have perfected the art of pretending and scheming just to get away with a baseless ploy.

Such men will come into your life, make you believe everything is perfect, then boom! they break your heart. Maybe you’ve noticed one red flag or two, but here are some more signs that show this guy isn’t as perfect as he seems.

During the first few months of your relationship, it’s important to observe this guy. Does he know when to call you, sweep you off your feet, say all the right things, and just seem way too smooth?

At this point, you should make sure you sit down and evaluate your relationship because he might not be completely honest with you. You are bound to make mistakes and have arguments at the initial stage of your relationship. A guy that constantly avoids having those important conversations doesn’t criticize or complain should be rightfully suspected.

This isn’t really a way to tell if your guy is for real, but it could explain why you feel that way. If you think lowly of yourself, that could be the reason why this guy seems a bit too perfect for you. We are used to guys who lie, cheat, swindle, or even abuse us, so when a nice and genuine one comes around, we start questioning his motives.

It’s also possible that you feel like he’s so perfect because your standards are a bit low. He could just be an average man who occasionally helps you with laundry, dishes, and the likes. You’ve never met a man like him in your life, and so you feel he’s too good to be true.

3. He’s sneaky around the phone

If you’re man always protects his phone when he’s around you, he could be hiding something. This type of guy will come up with an excuse every single time he needs to answer a call away from you. A man that has nothing to hide won’t mind answering his calls around you. If the area is noisy or he needs some privacy, he won’t go too far or speak in hushed tones either.

Watch out for this kind of behavior, it shows that he’s not being honest even though he swears it’s nothing.

4. He doesn’t let you meet his family or friends

Now, this is something that’s really questionable. A guy that keeps making excuses about why you can’t meet his family could be hiding something. I know of cases where the man has a whole family somewhere else so he tries to keep his side chick a secret. It’s sad, but it happens, and many people fall victim to such men.

Some even have such ploys going on for years and don’t mind alternating between families until someone finally finds out. So, look out for these signs, maybe he doesn’t have someone else in the picture, but a guy who won’t introduce you to his family definitely has something to hide.

Have you met those overly sweet guys that make life seem like a fairytale? They know exactly what to text you, how to make you calm down, the gifts to buy, and all that. Here’s the hard truth, no one is nice all the time.

If this guy is always paying you compliments, being sweet and kind, even when you push him to the wall, he might be pretending. Know how to differentiate a sweet talker from a nice guy who’s genuinely sweet.

We all love a guy with charm and character, but watch out for guys that seem like they fell straight out of a movie. They are bold, handsome, seemingly rich, sweet, endearing, and the like. You know what they say, practice makes perfect.

Don’t let this guy fool you, he may have used all those perfect lines on several women, so it won’t be hard using them on you.

7. He talks you up and talks his exes down

Ask yourself this, out of all the guys who have dated, wasn’t there at least one or two who were nice and sensible? A relationship may end badly, but that doesn’t mean anyone has to be tagged ‘evil,’ stupid,’ ‘heartless,’ and the likes.

So, if this guy is always talking down all his exes and only exalts you, he’s obviously trying too hard to make you feel good about yourself. That’s a bit questionable.

8. He agrees with everything you say

A lot of ladies enjoy this at first, but it gets fishy and a bit old very fast. It’s nice when you have someone in your life that agrees with practically everything you say. However, everyone needs a little constructive criticism every now and then. You want a partner that can tell you when you’re wrong or right, not a ‘yes man,’ that agrees with all your opinions.

Your man said he’s going to his friend’s place to watch a football game, and maybe he stays out a little late. So, you call his friend to ask about your husband, but his friend has no idea what you're talking about. It’s strange because this guy seems very honest, loving, and thoughtful, so you can’t imagine him lying to you.

However, you keep catching him in small lies, and his excuses or facts don’t add up. It’s possible this guy is a poser, and not being truthful.

10. When things move too fast between both of you

When everything is going so fast in your relationship, it is normal for you to notice it. But most times you might be too busy, thinking of how flawless he is that you fail to see the obvious signs.

If he starts talking about getting married and making promises that sound impossible to keep, in just the first week of your relationship, then there could be a reason to question his motives.

11. The relationship is focused on you

There are people in long-term relationships that don't know much about their partners. On the flip side, their partners know almost everything about them. You’ll know a guy is too good to be true when he refocuses every conversation on you. When you ask him something personal, he ends up turning the conversation around, and there you again, talking about yourself.

12. He doesn’t call but only texts

Online dating and long-distance relationships are great, especially when you explore all means of communication. However, if this guy keeps insisting that you both stick to texting, he may be too good to be true. You should see the face of the guy you’re speaking to, you don’t want to get catfished.

Can a relationship be too good to be true?

Yes, when things just seem too perfect and you notice the red flags above, that may be the case.

When someone seems too good to be true they usually are?

Yes, some guys are actually that good, but in a lot of cases, these guys are phonies. They pretend, tell you what you want to hear, but have ulterior motives.

How do you know if a guy is legit?

He asks questions about you, he pays attention to details, he doesn't forget personal issues you tell him, he takes his time to know you and doesn’t make you feel less about yourself.

How do you tell if someone is too good for you?

Most times, this depends on your personality. Maybe you’ve done things in the past, or still do things like say mean things, extort, lie and cheat. If the person you’re dating doesn’t do any of that and is really a sweet soul, then you can say he’s too good for you.

In a healthy relationship, you should feel comfortable and free with your partner. Honesty, respect, trust, and constant communication is very vital. Both your opinions should matter in the relationship and one partner shouldn't act more superior than the other.

I hope you found this article helpful. If you have a good guy, don’t let him go, but once you see a red flag or two from the ones mentioned above, it’s time to question his motives. Tell me what you think in the comment section and please don't forget to share this article with others.

You May Also Like
Why Do Guys Change After You Sleep With Them? (7 Reasons Why!)
No Comments
How To Ask Your Husband For An Open Marriage (7 Tips You Have to Follow!)
No Comments
Work With Your Spouse (6 Helpful Tips)
No Comments