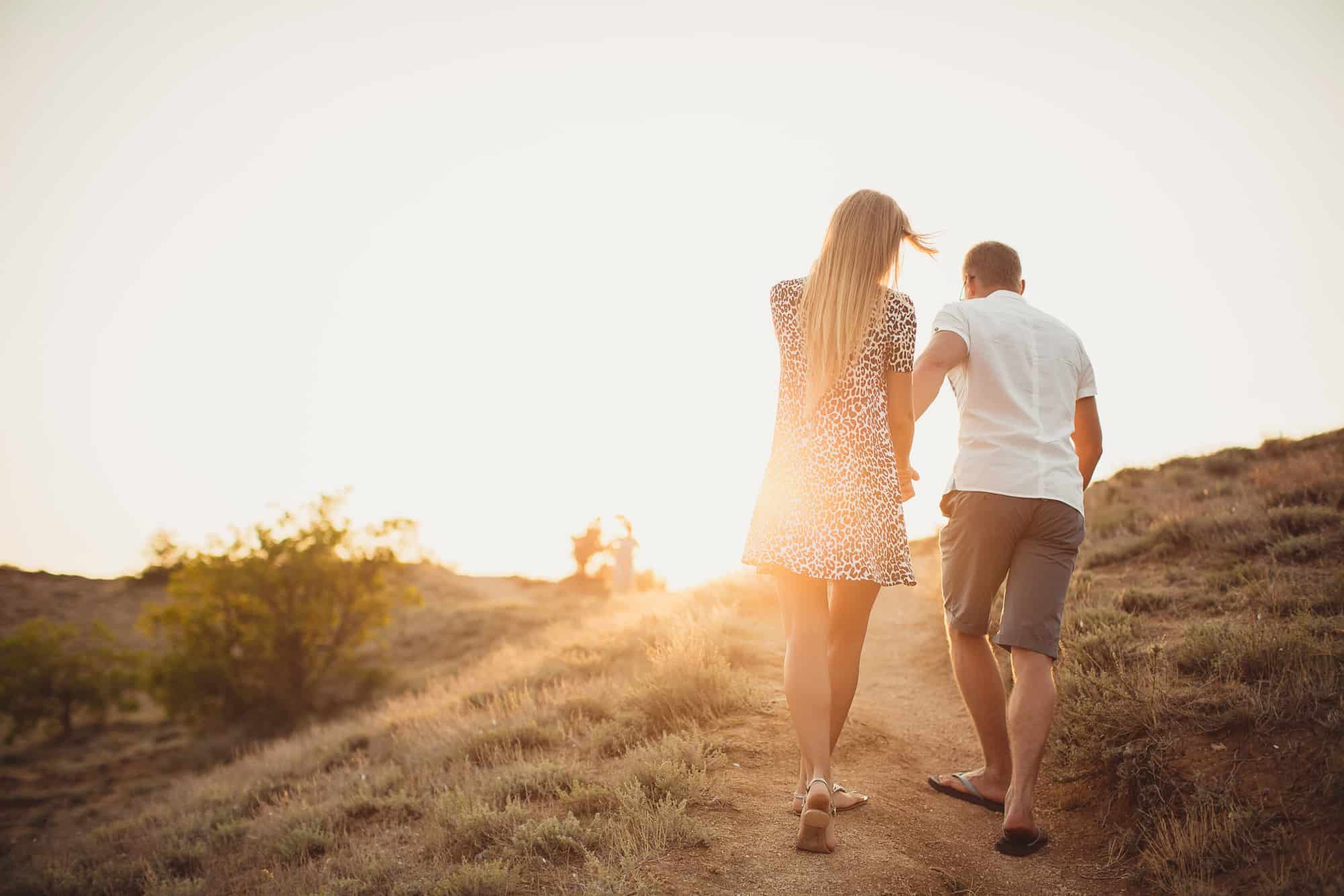 You’re likely here because you are puzzled about a certain guy’s sudden advances. Is he just a friend? A love interest or simply a guy friend you want to get to know?

When guy friends ask to spend more time together, it could mean anything. When it’s a guy you hardly know, it’s even more confusing.

Rather than assume what they’re up to, let’s explore 17 reasons why a guy that’s not dating you will ask to hang out with you.

17 Possible Reasons Why He Wants To Hang Out

1. He genuinely likes you

There is no doubt that if a guy wants to hang out with you alone more frequently, he genuinely likes you. He may want both of you to start dating, but that can’t happen if you only see him as a regular guy friend.

2. He is afraid of being rejected

Maybe this guy has been thinking of asking you on a date, but he feels you wouldn’t welcome the thought of dating him. To you, he is just a friend, but you're so much more to him. What guy friend who has a serious crush on you wouldn’t want to chill with you?

If you find yourself hanging out with someone whose intentions are unclear, it’s possible that he has feelings for you but is afraid of getting rejected.

Being relegated to the friend zone is more or less relationship purgatory for anyone who has a love interest. Sometimes, the frequent hangouts might be because he genuinely likes you, but does not like you enough to date you.

That being the case, he keeps making excuses to see you, spends time with you, and never reveals his true intentions. All these times, he keeps emphasizing the platonic relationship both of you share, which means, he’s not thinking about dating you.

Guys know when they meet the girl they could possibly change their relationship status for. However, if both of you simply meet up, with no signs or talks of dating, then he’s probably after another type of relationship.

If you find yourself hanging out with this guy a lot and he hasn’t said anything to justify this situation, he might just want a friends with benefits situation.

5. He doesn’t want someone else to have you

There is the possibility that even though he has not made his intentions clear, he likes and cares about you. However, he might not want to be fully committed. On the other hand, he is scared of losing you to someone else.

6. He does not want to hurt you

In this instance, I think he’s trying to be friendly by not hurting you. Some guys know their strengths and weaknesses. They know if they get into a relationship, they might end up hurting the person really bad because of their unresolved personal issues.

These issues can include but are not limited to, womanizing, having a lousy temperament, arrogance, and trust issues. It’s only standard that we give him the benefit of doubt on this occasion.

7. He enjoys your company

This is another likely reason why a guy wants to chill with you, even though he is not saying anything that signals commitment. If that’s the case, he is not necessarily thinking in the direction of a relationship. However, he would love to always spend quality time with you.

8. You are paying for things

There are instances where a woman likes a guy to the point that she can go to any length to make him happy. She will get him gift items, even when it’s not his birthday, or opt to pay his bills - even though he is working and probably earning more than her.

There is nothing wrong with paying bills for the man you love; however, it should not become your primary responsibility as a woman. Plus, if he doesn't love you enough, he will only want to spend some time with you because he knows you will pay his bills as usual.

This is as straightforward as it sounds, if he’s asking to get some one-on-one time, it could be that he is looking for some privacy to be able to initiate sex. Most times, he will invite you over to his place, hotel, or somewhere secluded. Maybe he wants to have sex, and you have to be clear with him on your grounds regarding that. Are you open to that or not?

Maybe he is the type of person that does not like hanging out with the crowd. He just likes being with you. I think you should respect that if you like him. However, you have to be sure that is the reason behind his decision. The best way to establish this is to ask why he keeps your meetings private.

11. He does not want to be seen with you

Another notable reason why a guy might want to spend more time with you in private could be that he doesn’t want anyone to see you with him. This can happen if he is already married, cheating on his girlfriend, or thinks you are not pretty enough to be seen with him. If this is the case, you have to cut communication with him as soon as possible.

12. Getting to know you better

When you hang out with friends, the topics discussed on that table cannot be private. It is ideal for sharing and discussing general issues rather than dissecting personal or confidential matters.

In these types of hangouts, he won’t try to know you better. Therefore, he considers asking these questions in the company of many friends inappropriate.

His personality can be a major factor in this situation. He might be a shy person and feels timid in the presence of individuals he is not very familiar with.

As such, he would rather have private hangouts than have your friends around or go somewhere crowded. In this situation, you should ask him the reason for his suggestion. This would help you adjust to the pattern of things in subsequent times.

14. He plans to pop the big question

Not everyone is into the idea of proposing to their love interest in public. Once a person’s intentions grow from merely dating you to marrying you, he may want to take you to a secluded spot to pop the big question.

We are used to people popping the big question at a marketplace, shopping mall, restaurants, and even a carnival. While this has become a norm in the present generation, some guys’ would rather have it done in a quiet, private, and secluded area.

There could be a serious character, emotional, or financial issues he might want to address with you. Indeed, he is not going to feel comfortable doing this with anyone around. He will surely want a more private place to discuss such matters.

When a guy plans to talk about intimate things with a woman, he always likes to chill with her privately. Spending time with him will give him the space and liberty to lean over and kiss you, play with your hair, and even grab your bum without making you feel embarrassed.

Most times, when a guy is in love, he usually wants to spend quality time with the other person to get to know them better. For one, he wouldn’t want to go out, party, or be among friends. He will just want to cuddle up and spend quality time together in one room.

Maybe this person is your best friend, trying to convince you that what he has for you is real. So, the one and the only way to get your attention or spend quality time with you is to see you privately.

What does it mean if a guy wants to hang out with you alone?

It could mean a lot of things; it could be he wants to have sex, talk about sex, convince you to date him or talk to you about something important. He might also just enjoy your company.

Is it weird to hang out with a guy alone?

There is nothing unusual about hanging out with a guy as long as you trust him. However, things can only get twisted if he starts acting in a way you didn’t expect. Even if he’s your best friend, do you trust being in a room with just him? There’s just one answer to that question, and if it’s no, don’t go.

When guys say we should hang out, what does it mean?

In clear terms, this means that he wants to spend time with you, take you out, have fun, and spend some money as well.

Can a guy and a girl hang out?

A guy and a girl can hang out, be in the same room together talking and laughing at each other’s jokes, and even sleep together without any strings attached. However, most of the time, it does not always end well.

Do guys fall for their female friends?

I hope this article will help you understand the reasons why the man you’re dating prefers to do things privately than around other people. If you found it insightful, please feel free to share it with family and friends and leave a comment down below.

You May Also Like
Open Mind Dating: 11 Tips to Help You Keep An Open Mind
No Comments
How To Make A Man Addicted To You (11+ Proven Ways)
No Comments
10 Quirky First Date Gift Ideas To Make A Lasting Impression
No Comments