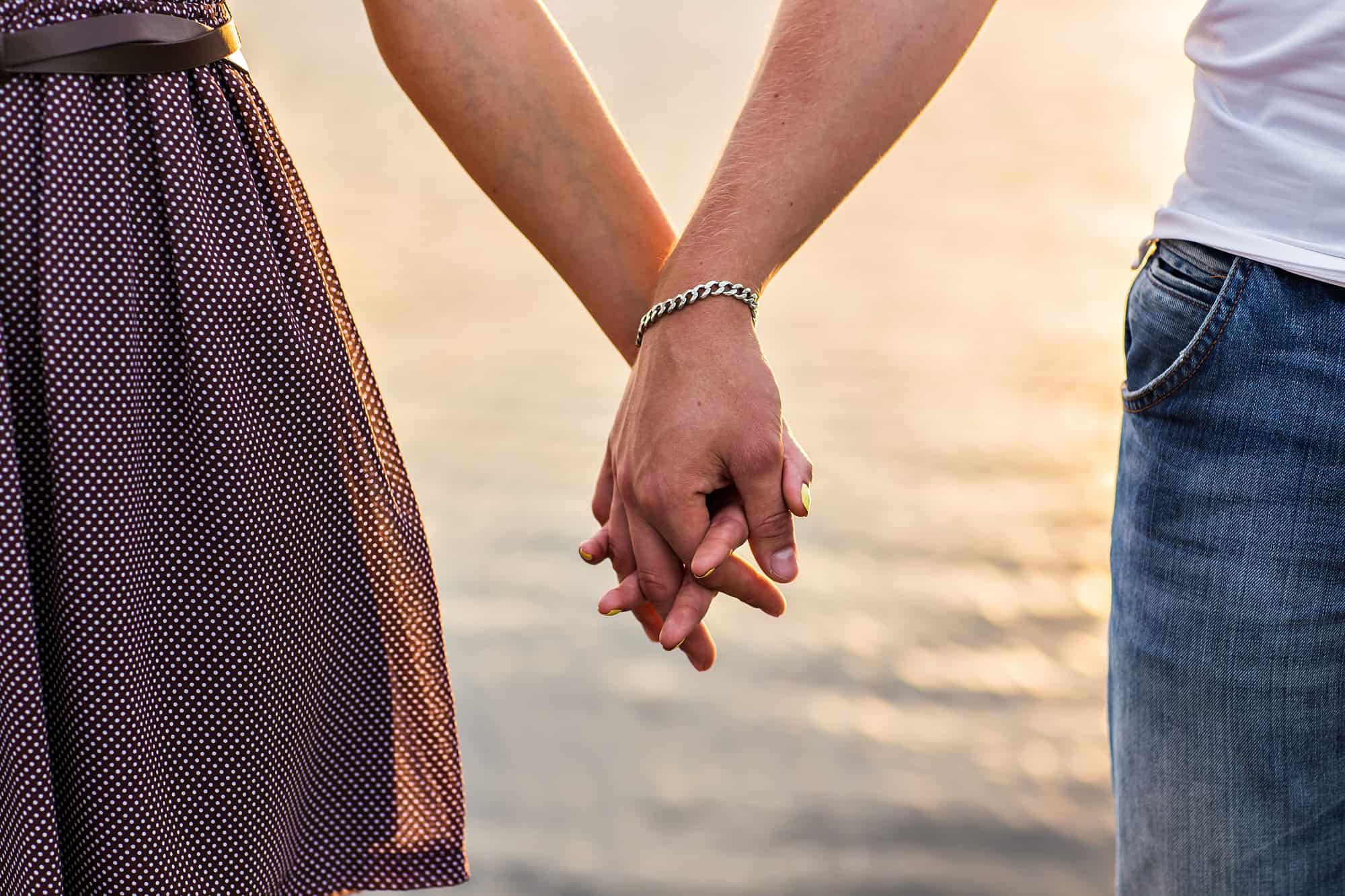 Hand holding, in most cases, goes beyond mere physical touch but shows an emotional and physical connection with someone. More so, it has much deeper connotations than you think. I am certain you just don't hold hands with random people, do you? The way your partner takes you by your hand determines the parameters of the emotional relationship you both have.

Toni Coleman, a psychotherapist and relationship expert in Washington DC once said in an interview that holding hands makes people feel desired and sexy. It also releases a hormone called oxytocin that gives us a feel-good vibe and reduces psychological pain. According to her, it's almost like foreplay,

Also, whilst holding hands is an act of non-verbal communication with your partner and even to the onlookers, there are different ways of holding hand that have different meanings. I have listed some of them below.

This, according to experts, is the classic 'we are a couple' grasp, how your partners’ fingers intertwined with yours signifies an intimate bond. In this position, when your arms touch, this can only denote a longing for a stronger connection. It means that the two people holding hands are committed to the relationship and looking forward to the future, it also shows a balance in the relationship.

At first sight, this might seem a bit nonchalant and can be interpreted as one or both partners not caring enough, but this isn't true. New couples might tend to hold hands like this because it is new terrain. They are still getting to know each other and are introducing physical touch in a  cautious manner.

Van Edwards says couples use this to signal to the public that they are together without having a firm grip on each other's hands.  Hands held loosely interlaced show a deep affection but with the partners recognizing their individuality. If a person holds hands loosely, but still keeps the hands connected, it means he does cherish the other person, and won’t mind getting to know her even better.

A firm grip speaks volumes to onlookers, a partner who holds hands with a firm grip in public is asserting dominance in the relationship. Not in a bad way but to tell anyone who cares to see, that he is in charge and is protective of his partner in a loving way. It shows the intensity of how your partner feels and that the relationship is full of love.

He isn't only holding your hand but holding it firmly to signal to competitors that you are taken. In a situation of unrest, it could also mean 'I am here for you.' However, Klapow, a relationship expert, states that if at the beginning of the relationship, he holds your hand rather tightly, it could signal dominance and not in a good way.

When your partner places one hand over yours, and the other under your arm in a sandwiched hold, it means he is being sincere and truthful, or at least he’s trying to be. In this posture, he is most likely staring into your eyes. Nothing speaks more honestly than that, this grip shows 100% honesty, affection,  transparency, and oxytocin levels are usually quite high.

You might be sitting on the couch watching a movie and he leans forward to grab your hand and places his on yours. This is one very sweet gesture and an affectionate way of expressing the emotional and physical connection he has with you. It shows he finds you really attractive and is into you, it shows security, he has your back no matter what. He may not be one to talk much or really express his feelings, but when you both hold hands, it’s like you hear what he’s not saying.

This is one partners’ expression of love, respect, devotion as well as adoration for the significant other. Van Edwards states that this grip signifies a healthy and stable relationship. If your partner holds you like this, it means that he adores and wants to protect you, and if your hands are relaxed in this position, it shows you trust and love him.

This can be seen as flirtatious and playful, it's a subtle way of expressing commitment but it still speaks to onlookers that you are taken. It’s also seen as a playful gesture and shows that the relationship is based on mutual respect.  If one partner reaches out to the other first in a public place, it shows the willingness to be intimate.

If you’re walking side by side and your partner brushes his hand against yours but he doesn't hold a hand, this body language is seen as very flirtatious, quite playful, and with hints of affection. This could mean there is a connection building between the two partners but they are testing the waters.

Some psychologists also believe that this is a sign that he's not that smitten by you and it might be the most intimacy you might get.

You're sitting on the couch and he drapes his arm over your shoulder and you hold his hand. You both might need to get a room. This grip translates to 'I got you' It denotes that he is really into you and wants to be as close as possible to you.

You’ll also find that a guy would hold hands with a loved one this way, it’s more casual for family members, but says the same thing, ‘I love you and care about you, and I won’t let anything happen to you.’

This is probably the only hands holding that might have some negative connotations as it can come across as aggressive. Your partner holding your wrist firmly shows dominance, he wants you to know who is in charge. This is not bad in all cases as dominance in a different context can translate to 'I care deeply about you and want to protect you'.

Partners that hold hands like this can be said to have a healthy stable relationship, it all depends on the situation.

Yes, holding hands is a sign of intimacy and a strong bond with another person, many hold hands as a public statement to show that they care about one another.

What does holding hands mean to a guy?

Holding hands for guys translates to an emotional and physical connection they feel, it is a way of them declaring their territories in public, it also shows they are protective and care deeply about you.

What holding hands mean to a girl?

Girls are generally known to be nurturers and carers and may tend to hold hands with their friends and loved ones without any emotional or physical connotations. However, if she interlocks her hands with yours, it shows the connection goes beyond mere friendship and that she is fond of you.

What does interlocking fingers mean to a guy?

Interlocked fingers show seriousness and vulnerability at the same time. He isn't merely holding your hands but his fingers are intertwined, it's a sign of a healthy loving relationship.

Some grips can be considered flirtatious, for example, if he grabs your pinkie in public, he is being playful and flirting with you. It's a loose grip that shows he is into you but does not want to be all up in your space.

These are 10 instances where hand-holding means more, it is important to remember that these are based on studies of social behavior and may not apply to every relationship.

I hope you found this article insightful. I would love to hear what you think in the comment section and remember to share the article if you liked it.