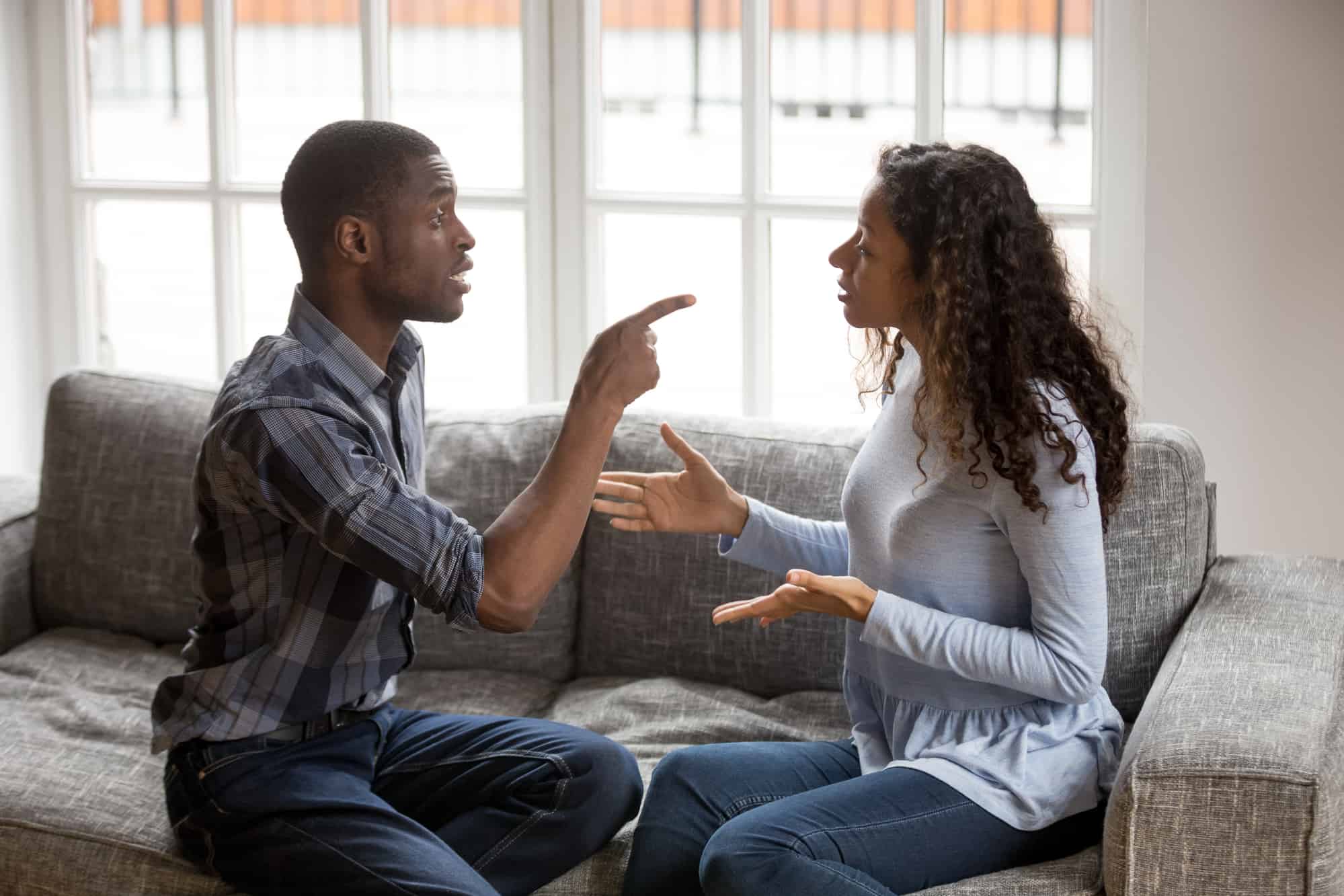 Manipulation is so common that some people can be manipulative without even knowing it. Of course, there are those people that suffer from mental illnesses, but this article is not for those situations.

Instead, it’s for those of us that are manipulative without realizing it, occasionally manipulative, and those that simply want to know how to stop being manipulative.

There are several reasons that people become manipulators. Often, it is unintentional. No one wakes up in the morning and is given the choice to be a manipulator or not to be.

Why Are People Manipulative

1. People learn what they have to in order to survive

Individuals become this way for a variety of reasons. Some become manipulative because it is a coping skill developed when they were young. Often, survivors of trauma, such as abuse and neglect, are more likely to use these tactics because they had to use this as a way to survive when they were younger.

2. They don’t realize that they are manipulators or don’t think it is wrong

Others might be manipulative because they do not realize that they are this type of person, and so they have never tried to correct their behavior. They simply see it as being able to get what they want, and, perhaps as long as it doesn’t hurt anyone else, they see no problem with it.

3. People learn from their surroundings as children

Often, we learn our social skills from the ones that we grow up with. This might be siblings, aunts, grandparents, or parents. Children can also learn from other children that they are around. This can help teach children positive social skills.

However, it can also encourage other social skills, such as manipulative behavior. Take, for example, a child that grows up in an abusive household. They then shun the other children at school or the park because they withdraw into themselves.

Then, someday, the child wants something from another child. However, he’s not friends with this other child. So, he must figure out another way to ask, and then the seeds for this type of behavior are planted.

Growing up with a manipulative parent or family member can also teach a person how to be like this. It normalizes the behavior so that most people don’t realize that it is not a social norm. Instead, they become the same way and don’t understand that it’s not okay until later in life.

While these are the primary reasons that individuals learn manipulative behavior, there are many more. If you know someone that does not fit into these categories, it does not mean that they are not manipulative, but simply that they have a different background for their manipulator personality.

Individuals that are known for manipulating others tend to have a few common traits that can make them a bit easier to spot. If you’re not sure if someone is a manipulator, check out this list to determine if they have the likely personality traits.

When you are dealing with a manipulative person, don’t try to keep figuring them out. They will move from one tactic to another until they can get what they want.

Individuals that are manipulative people often have these things in common as well:

Yes! Any person is capable of change. The more deeply rooted the manipulative behavior is, the more effort it will take to change. However, that does not mean that it is impossible. Individuals with personality disorders can take medication and undergo cognitive behavioral therapy to help them make the much-needed changes.

If a person is slightly manipulative, such as a person that is not abusive yet that words things a certain way to get what they want, they can probably make the necessary changes on their own.

9 Ways To Stop Manipulating Other People

If you know that you are a manipulator, you’ve already completed the first step. First, you must realize that you tend to manipulate others. In order for you to stop this type of behavior, you have to realize what your underlying issue is. Then, take the steps necessary to become a new person.

1. Understand no means no

When someone tells you no to something, take no for an answer. It can be hard to resist the urge to keep trying to find another way to get what you want, but you need to if you would like to stop being a manipulator. Manipulative people try to get what they want by any means, so you’ll have to accept that you don’t always get what you want.

A professional therapist can help you learn more effective communication skills, address underlying issues, and help you solve them. Behavioral therapy does not typically involve medication but instead teaches you the skills that you need through behavioral modification methods.

If you find that you need to get a little more confidence, there are several things that you can do to help yourself in that department. Follow these tips to start feeling better about yourself so that you can curb behavior that manipulates other people:

Once your self-esteem starts to increase, you might see behaviors stop all on their own. When you’re not surrounded by manipulative people, it can be a little easier to be nice to people, too. Your entire world will slowly start to become a play of kindness instead of full of manipulative people.

4. Acknowledge and attempt to stop your behaviors used for manipulation

Give your partner the silent treatment when they do something you don’t like? Refuse to accept responsibility for your actions? Those little things are due to underlying feelings. It’s time to acknowledge that you are, in fact, engaging in manipulative behaviors. Then, you have to stop doing them.

5. Replace negative behaviors with positive ones

A very common manipulation tactic that is used is making people feel bad for them. You might have actually had a hard life, be sick, or be having a rough time. However, don’t use it to get something you really want. This is taking advantage of the situation, and that’s one of the key types of manipulation that we see today.

8. Stop explaining your point of view

Another common form of manipulation that people use is trying to convince others to see things their way. This is because you have a hard time admitting that you’re wrong and because you want others to do what you want them to. This tactic is easy to use because you always have the fallback of “I was just saying what I thought was going on” when another person tries to argue. It’s almost full proof.

However, a person with experience in manipulation tactics will see right through this behavior. It’s also another one of those behaviors that you’ll need to stop doing if you’re guilty of it.

Something you can do instead is to focus on what the other person is saying. Stop worrying about your own beliefs as much, and learn about how they see things, even if you don’t agree with them. Consider it an opportunity to learn more about how other people feel and think. It will encourage you to focus on other people, which helps build empathy.

9. Be confident in your new non-manipulative ways

The thing about changing yourself is that, other people, often those that are a bit narcissistic themselves, call you manipulative when you want something. They might do this even if you are using perfectly healthy communication skills. That’s why it’s important to be confident in your new skills, or practice them until you are. Then, you’ll be able to brush off those comments.

One way to determine if you should cut a person out of your new non-manipulative life is if they are not supportive of your efforts. This could be because they are dysfunctional or have underlying issues themselves. There is nothing wrong with getting new friends if your old friends contribute to your non-effective communication patterns.

How do I stop being manipulative?

If you’re wondering how to stop being manipulative, don’t worry. You’re willing to change, and that’s the first step. Next, identify and stop behaviors that you are using to get your own way. Then, become an honest person. Replace bad behaviors with other positive, effective behaviors.

Can you be manipulative without knowing it?

Yes! Most of us have at least a few tendencies that can label us as manipulative people. If you’ve grown up with a family that is like this, it might seem perfectly normal to you even though it is not normal to other people in the world.

This type of behavior often manifests itself in childhood. An abused child learns to play the victim. A child with family members like this learns that it is acceptable behavior. Other times, you learn how to get what you want through trial and error as an adult. You accidentally learn what tactics work.

Which personality disorder is manipulative?

What do manipulators say?

They often say things are a misunderstanding when you call them out on their behaviors. They tell you that they are the only ones that love you and will protect you if they are abusive. These people also blame you by saying that you think about things too much, are irrational, too sensitive, etc. It’s always your fault.

If you’re a manipulative person, how has it affected your life? Are you trying to change? If you’ve known one of these people in your lifetime, what was your experience and how did you deal with them?