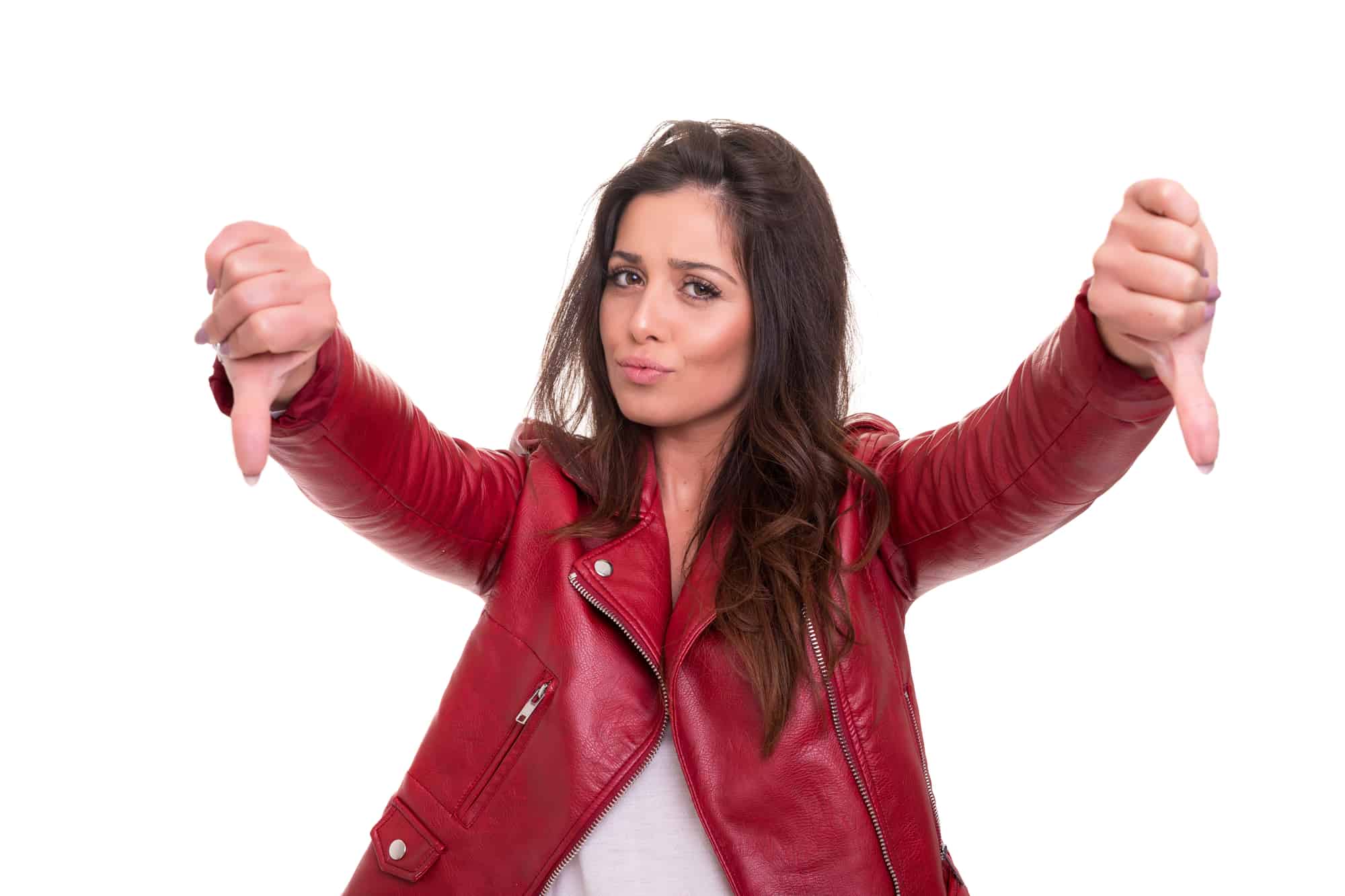 What does flakey mean? A flaky person is defined as unreliable and inconsistent. Inconsistency can be quite unattractive and upsetting to women.

We all have had that one guy that hasn’t always kept to the plans at some point in our lives. And when someone isn’t being straight with you, it could mess with your self-esteem.

You decide to meet up for drinks, and when the day comes, he doesn’t show up, and in some cases, he doesn’t call to explain himself. It’s easy to conjure up plans at the last minute especially when you are the introverted person. Introverts think of how to change things last minute, so they don’t get to go outside.

However, this kind of guy is different, if you think about it, an introverted person would still find a way to meet up with you. They will push through their insecurities and make it on time for the hangout. No one likes to be put in a situation where they have to deal with someone who doesn’t rate them.

Yet, some of these men are kind, they aren’t fuckboys, but they have a thing with keeping to commitments. No doubt, dealing with a flaky person will require patience if you decide to be there for the long haul. So here are some tips to put you through.

1. Stop trying to hang out with him

If you notice that he flakes on you, it’s better to try to stop hanging out with him. Here’s the thing, you may still want this guy in your life, but you have to find a way to set him straight. For some of these men, it’s just their way of life, a thing they do when they get bored or afraid to tell the truth.

It’s up to you to let him know that behavior isn’t acceptable, at least, it’s better than doing nothing.

When you have a man in your life that constantly flakes on you, we tend to try to be more available to them. We just want to be around them all the time and this can work against us because some guys tend to take advantage of that. If he asks you out on a date, give a specific day, you will be available.

If he calls for a last-minute date, you can simply say you are unavailable. Don’t give him the opportunity to flake on you. He’ll figure out that if he wants to make a date with you, he has to inform you on time and stick to it.

Here’s the thing about life, if you don’t communicate your feelings on certain behaviors, it could go on longer than you’d want. In a situation where his unreliability hurts you, it’s time to pull out a seat and have that talk.

There’s nothing to it really, however, you do have to ensure you speak to him empathetically. Don’t shout or scream, simply explain in a calm voice how his attitude makes you feel. Give him the chance to explain himself, but be assertive when talking to someone like this.

4. Avoid making excuses for his inconsistency

Inconsistency is one of the least attractive attributes in a man. Sometimes, it’s easy to make up excuses for them because of how much we want the relationship to work, but we must remember that time is precious.

When he doesn’t show up or follow through on his promises, he’s disrespecting you and your time. We all deserve people who will treat us with kindness and respect, and if he fails to realize that, then that is a red flag. Once we know our self-worth, we would be able to manage such men.

5. Cut your losses and move on

It’s okay to hope that someone’s attitude changes. At the same time, we must remember that men do not change if that’s who they are. If he consistently flakes, it will be best to cut your losses and move on. It’s not emotionally healthy to wait for him to come around, especially when it doesn’t look like he will.

There are so many options out there to choose from rather than hoping for someone that might never change. It’s vital that you see you have so much to offer in a relationship.

6. Do not play the guessing game

If you have a genuine love interest who flakes on you a lot, it’s easy to assume things. Their behavioral patterns can be confusing because, in most instances, they call for the occasion and make the promises. When they flake, we begin to guess what things made them not keep their promises.

Maybe things are really tough for him right now, and he might be having family problems. It’s better to have an open conversation about it so you can get to understand why he behaves the way he does. If he’s not home, and you don’t know what to text when he flakes, just wait for him to get home and have a serious talk with him.

Yes, it might sound petty, but you have to play the game right back. Expressing how much you care, responding immediately to his messages, and wanting to be around him all the time can make him take you for granted.

Men like the chase, and once they get you quickly, they lose interest. If he takes time to reply to his messages, do not respond to his as well. This is to put him in check, it will surprise you to see how much difference this singular act might bring.

8. Accept that he’s just not that into you

In some situations, he just might not be that into you. He doesn’t like you as much as you like him so he doesn’t want to spend as much time with you but would rather look for an excuse than tell you outrightly. You, on the other hand, feel strongly about him, but he doesn’t feel the same.

Life is too short to whine over someone like this, so tell yourself you deserve better and accept the fact that he’s not into you. It might be time to move forward rather than hoping he might come around. There’s always someone out there that will reciprocate your time and love.

9. Be assertive about how you should be treated

There are instances where you probably did not give him the time of day when he liked you. With time, you began to appreciate him, but he had gotten over the chase. One should expect that he communicates with you telling you where he is mentally and emotionally.

In the absence of that, he flakes and stands you up a lot. It’s best to be assertive in telling him how you want him to treat you. It’s healthy for you both to have a conversation where he expresses how exactly he feels so things can be worked out.

Some people experience anxiety when they have to hang out. It’s not because they don’t like you, it’s probably the environment you suggested you both meet. Such guys experience social anxiety to the point where they look forward to you canceling.

Communication is the solution to this, be patient, and try to find out the environment that might make him more at ease. Probably he should pick where you both meet, the concession is it’s his comfort so he might not flake.

Psychologist Kelly McGonigal Ph.D. advises that to get over a guy like this, you should find a role model. It’s hard to imagine that Rihanna is sitting around putting up with an unreliable boyfriend.

From some of these artists' songs we hold so dear, you’ll hear lyrics that encourage women empowerment and independence. Although we honestly do not know the private lives of these celebrities, the knowledge we are privy to is enough to enable you to move on with your life and not look back.

How do I deal with a flaky boyfriend?

We make time for the things we love, which means a flaky boyfriend does not see you as a priority. Stop trying to hang out with him or visit and see what his reaction is.

How do you know if a guy is flaky?

A flaky guy makes promises or sets dates, and then he cancels last minute, he proves multiple times that he can’t be trusted. There are cases where he forgets he made plans and stands you up.

What does it mean when a guy flakes on you?

A guy flakes on you when he doesn’t regard your time, he stands you up time after time yet still comes up with smooth excuses. Guys like this have to be very sweet, no one would put up with such behavior if they aren’t.

What to text a guy who flakes?

It is essential to be assertive with your feelings. Tell him how that made you feel disrespected and how you won’t take such behavior.

What does flaky mean?

Flaky means unreliable, inconsistent, something off or out of the ordinary. In this context, a flaky boyfriend is someone who always cancels last minute and never shows up.

Did you enjoy reading through this list? As women, we want a man who loves and cherishes us, and this should show how committed he is to the relationship. That’s why a flaky guy annoys us so much, however, with the tips above, you should be able to manage the situation.

I hope this will be of help to you. If you enjoyed reading this kindly share and leave your comments below.