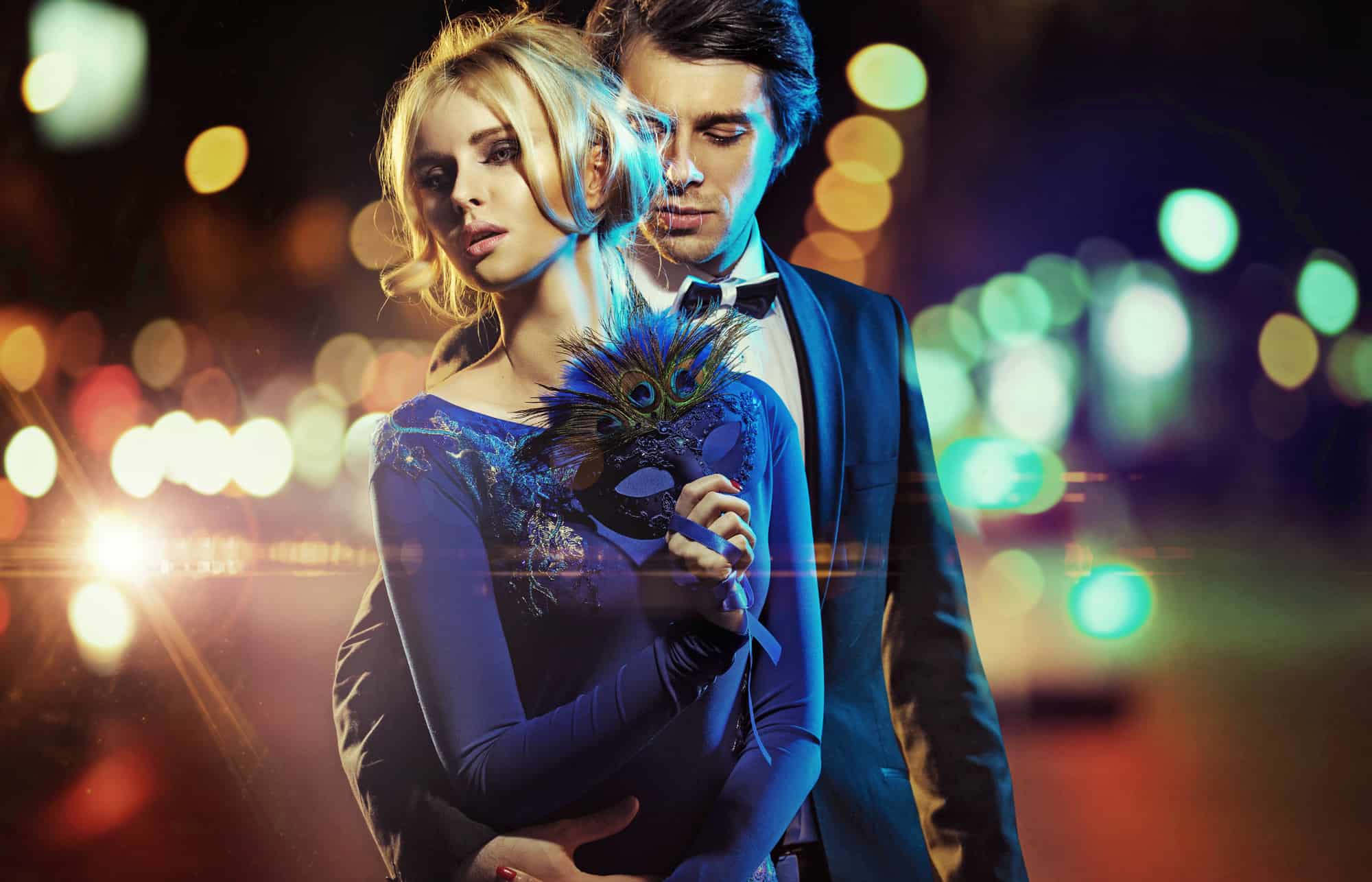 Have you ever watched the Stepford wives?

If so, you will have a clear-cut idea of who a trophy wife is and how she is to behave. If not, you’re likely asking yourself So what is a trophy wife? Well, a trophy wife is a beautiful sexy woman married to a rich man. She is seen as a symbol of wealth with the same high societal standing as her husband.

Additionally, people argue that trophy wives are known for their beauty but have no substance, while others say that it's the combination of both beauty and brains that make up a trophy wife.

Regardless of which school of thought is right, trophy women are seen as role models in society as so many girls aspire to be like them.

What we find prevalent in society are the businessmen marrying trophy wives, but it expands to other occupations such as artists and actors. No doubt, men in high societal classes always want a woman in their arms that can stir the crowd. They want a woman who would not only make their friends jealous but can also engage in reasonable discourse.

More so, these men are usually years older than their wives. For example, Donald Trump marrying Melania Knauss in 2005. Other examples include Anna Nicole Smith and Jeri Kehn Thompson. Over the years, the trophy wife has morphed into a woman with equal standing in society, a role model to younger women in life. What many don’t know is that it requires hard work and dedication.

The following are tips on how to become a trophy wife.

1. Take care of yourself

Trophy women look good because taking care of themselves is a priority. However, taking care of yourself is hard work and not a stroll in the park. Ensure you ditch your sweats and t-shirts and opt for more appealing clothes. Drink lots of water, exercise, take care of your skin, do your nails, and practice yoga.

Once you do all of these, you will see the difference it would bring. It is necessary to take care of yourself as trophy women are first recognized and picked for their physical appearance. You have to look gorgeous to attract a rich husband. It is the first step in becoming the perfect wife.

2. Work on your body

You cannot be a high-status wife when you spend most of the time on a couch, whilst eating unhealthily and sleeping. No doubt, the wave of keeping fit and trying to stay slim has hit us all. People are now taking exercising more seriously than they have in the past. High-profile wives need to take care of their bodies by exercising regularly and being mindful of what and how they eat.

If you want to be in that league of wives (that men consider as some sort of prize), start being mindful of what you eat and start exercising to maintain a good figure. Some ladies go as far as plastic surgery to get their desired body.

It is essential to remember that results can also be achieved through the right eating habits and exercising. Remember, a trophy wife is picked for her physical appearance ladies. So ensure you are working on your body today.

Good posture is one important tip on becoming a trophy wife. Taking care of yourself and working on how you look physically can only come together perfectly when you have good poise. You cannot be out in a horse racing event looking gorgeous but slouching. It would help if you took time out to perfect your posture.

Learn to walk with your back up straight, it will make you look graceful. Rich men attend a lot of social events where appearance is everything. So, learn the right table etiquette, including what cutlery to use at what time of the meal.

Also, learn the art of speaking; not necessarily with an accent, but it should be soft, clear, and audible. All these culminate in making you look more attractive. It’s what will get heads turning when you walk into a room.

4. Be in the right environment

If you want to be a trophy wife, you have to position yourself in the right place. There are certain social circles rich men usually hang out at. This includes millionaire clubs, golf clubs, charity events, tech conventions, and high-end gyms. If you are after one in the entertainment industry, then it’s best to hang out at events hosted by other celebrities.

It takes a man loving one lady and vice versa to make her his wife. Trophy ladies require much more. The notion that a trophy wife should be blond, sit in the arms of her millionaire husband and not contribute substantially to the partnership does not exist anymore.

Men with money attend a lot of social events with people that are icons in their field. A trophy wife should have the capacity to engage in intellectual conversations with such people. The ability to be far away from her husband in gatherings and still hold her own is what makes her the prize.

6. Work hard at the relationship

A relationship should be nurtured and worked on, even those with millionaires. A healthy marriage requires support from both parties. Your husband has to see what you bring to the table apart from your good looks.

There are so many girls that want his attention and money; so there has to be something intriguing about you that makes you different. It would help to think up ways on how you can be supportive, whether at work or a social event with his colleagues.

Men are drawn by what they see. You might possess good poise, good skin and can hold a conversation with the president, but if you do not have the appeal that men want, then you would not be noticed.

One way to get their attention is by wearing clothes that accentuate your best features. Remember, it’s important to look classy and not trashy. So, wear clothes that are form-fitted and make you stand out.

8. Have the edge over others

If the goal is to be a trophy wife, then you need to have the edge over others. There will be competition as there are so many beautiful, sexy and appealing girls out there after your partners’ money.

Find a niche for yourself; whether in discussing art pieces or having a sharp financial acumen. These are examples that will place you above others and will leave you looking intriguing.

Being sexually adventurous does not encourage you to sleep with your date on the first night. Men with money want a different experience in the bedroom. They want someone who is adventurous and can dominate them in the bedroom. It might sound easy but involves a lot of work being creative, satisfying him, and consistently putting his needs first.

Women in this class used to be regarded mostly for their looks, but things have changed now. To stay ahead of the game, consider getting an education as looks might not get you through everything else in life. If you are in college already, get your degree and if you are extra motivated, get a master’s degree.

For further motivation, remember that rich, successful men attend schools and are often found in these institutions. More so, not only do you get an education, but it opens you up to different possibilities of meeting successful men.

11. Get a prenuptial agreement

We have seen divorces where the wife leaves the marriage empty, or she leaves with a reasonable chunk of the husbands' money. If the marriage to a rich man ends, the goal of the wife is to gather as much wealth as possible before leaving. A prenuptial agreement may not pay as much as getting married without one, but it might make a man trust you more.

What is considered a trophy wife?

She is a woman who is gorgeous and in touch with the trends. She is seen as a symbol to her husband. In the past ladies like this were considered beautiful but dull. That has changed now, women like this need to be educated, smart and skillful.

What is a trophy girlfriend?

She’s a beautiful attractive woman in a relationship with a wealthy man. She is also seen as a symbol of wealth and high social standing.

Why did trophy wife get canceled?

People used the term in a derogatory way by using it to refer to women who were gold diggers. It was used to imply that ladies like this didn’t have much to bring to the table.

What is a trophy partner?

A trophy partner is regarded as a symbol of money and status in society. It’s also a spouse who supports their partner and contributes valuably to the success of the marriage.

What are the three most important things in a marriage?

Love- Without love, there can be no commitment
Faithfulness- Both partners should be faithful to each other
Trust- Trust is a major fabric in a marriage

Becoming a trophy wife is not just about being pretty and attractive, it requires brilliance and hard work to complement that of your husband. Although the trophy wife predecessors did not care much for intelligence, in modern times, ladies have to bring much more than beauty to the table; in order to gain a power-couple stance. It is indeed the full package. Hopefully, these tips help lead you to the life of the rich and glamorous.

I hope you found this article insightful. I would love to hear what you think in the comment section and remember to share the article if you liked it.

You May Also Like
How To Deal With Rejection From A Crush (13 Steps To Getting Over It)
No Comments
When A Guy Says, He Wants To Talk To You In Person (23 Possible Meanings)
No Comments
Work With Your Spouse (6 Helpful Tips)
No Comments