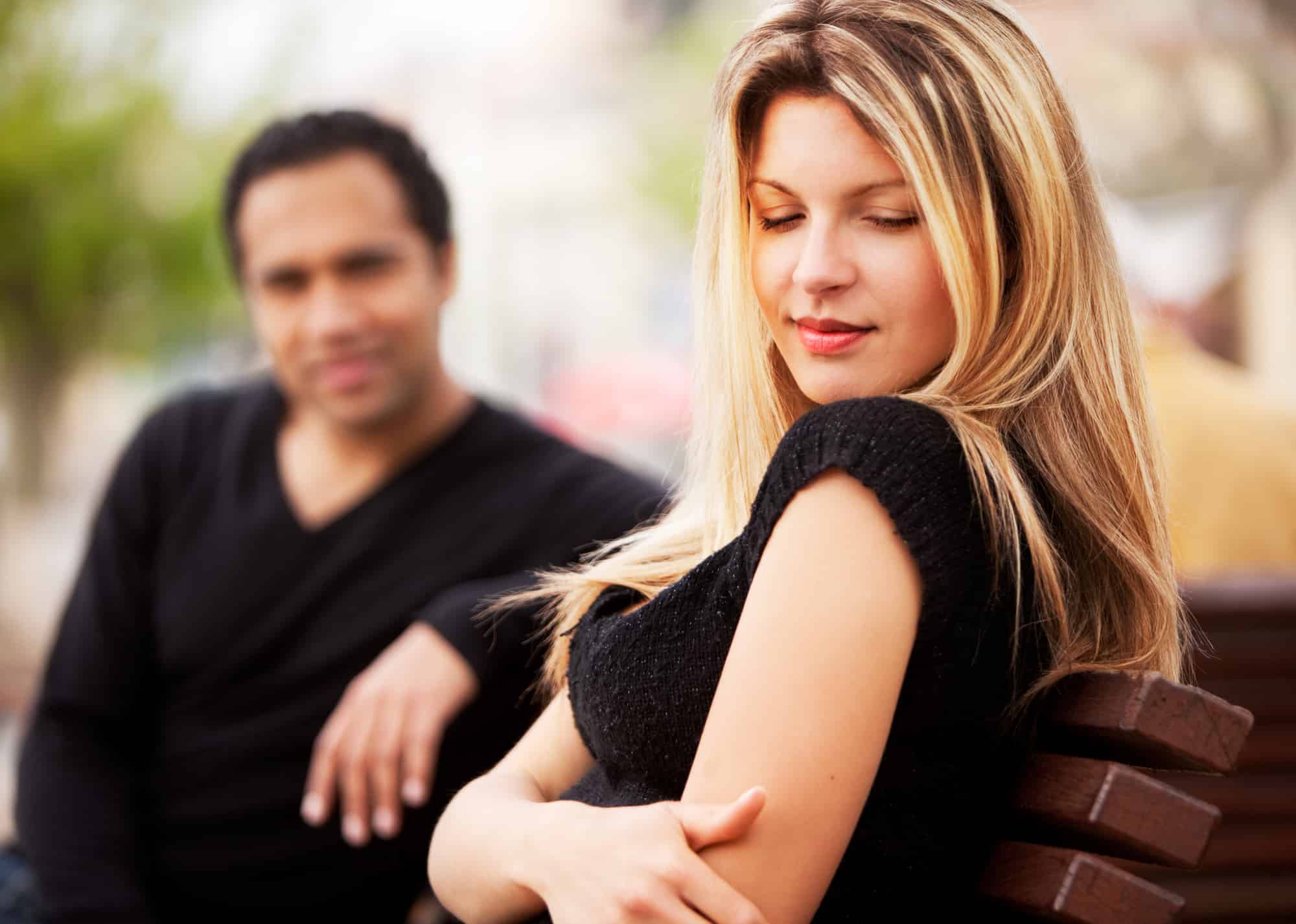 In my experience, dating an older man is the way to go. When I started dating an older man, the one I’m with now, I noticed some challenges due to our age gap, but we overcame this and have now flourished as a couple. We have different tastes in music and movies because of the age gap, but our differences have just made us stronger.

How To Attract An Older Man

If you want to attract an older man, you can do so by following these suggestions. They are surefire ways to both get the attention and attract the older men in the world. Many young women enjoy dating older men because they have more life experience. They’ve been around the block a few times; in fact, they may have baggage that comes along with them.

So, if you want to attract and date an older guy, realize that you may need to accept baggage. For example, older men often have been through at least one marriage and have kids. To date older men, you’ll have to be accepting of this because most men won’t just give up their children for the chance to date a young woman; they love and care about their kids too much.

Are you ready to learn what you need to do to get the older guy on your mind into your heart?

1. Show off your intelligence

Guys like it when girls are naturally smart. If you don’t have the brains, show off your street smarts. Focus on your strengths and show you are proud of them!

Someone who is older than you will appreciate it if you let him open the door for you and/or pull out your chair for you before you eat a meal. These are actions of a gentleman, and it’s okay to let him do them.

A high maintenance girl usually brings drama, and while having drama in your life can be quite exciting, it’s not what an older man is interested in. Who wants to be with someone who is always throwing fits and temper tantrums? That’s not a fun lifestyle to live.

Plus, people who cause drama typically cause a lot of turmoil in relationships because they enjoy stirring things up and having something to fight about. They can be very argumentative and combative. Try to tame this characteristic if you find you possess it.

Also, watch the neediness you may feel. Don’t be desperate and ask for help for every little thing like it’s the most important thing in the world. This is especially true if you are one of those kinds of people who makes a big deal over the smallest things. Learn to do things on your own; in other words, be self-sufficient.

Show you have things in common with him. Find out what he likes to do and bond with him. What is he passionate about? What do you both like? Focus on those things.

For example, if he loves monster truck rallies, find the joy of the sport. Maybe you enjoy dressing for them or love to just mock the different kinds of trucks. If you have to, just find a way to be interested in the uninteresting. Sometimes, we have to make sacrifices for love. Bond together with him, and he will fall head over heels for you.

5. Be a confident person

Be sure to smile and show off your pearly whites. If you don’t feel confident in who you are, you may not be ready to date someone who is your senior. If you have to, just fake confidence until you feel it inside your whole body. It’s called “faking it until you make it.”

I’ve seen a lot of episodes of America’s Next Top Model, and it’s not just the pretty girls who go far. The judges care a lot about the personality of the contestants. I know this may not relate to your real life, but self-confidence is an asset, and it’s something you can possess. You just have to work at it every day!

Have faith in yourself, and you’ll shine!

6. Ask him for advice

7. Be an independent woman

Show him that you aren’t needy and desperate. Instead, you are your own person who can do things for herself. Support yourself and illustrate to him that you are a whole person, not someone who needs to be taken care of. He’ll appreciate this characteristic about you.

8. Spend time alone with him

The best way to get to know him is to spend quality time together. Find a way to get him alone so that he can really get to know you and what you are all about. This may be challenging if he has children, but find some alone time so that you can connect on a deeper level. He needs to really see you shine by yourself without a crowd around.

Learn about what older women dress like. You don’t have to wear dumpy clothes or anything, but skimpy clothes that show too much of your curves may be inappropriate. You want to show him that you are just as mature as he is or at least not an immature person who he will have to take care of if he hooks up with you. Dress smart.

Another way you can show maturity is by not playing games with him. Mind games are for those who are insecure and immature; you want to show him you are better than that, so don’t resort to cheap dating tactics. Just be your beautiful, wonderful self, and he will love you for who you are instead of someone you are pretending to be.

Remember, older gentlemen respect young women for many reasons; one of these reasons is the enjoyment and spunk you have inside of you, so when you are showing off your mature side, don’t forget that he values the fun he has with you!

This goes back to being a lady. Show that you can enjoy a nice, romantic dinner and can dine in elegance with a beautiful evening gown. Know your manners and the etiquette needed to dine in a fancy establishment. Remember the movie, Pretty Woman? Learn your forks and how to be a fancy lady!

As mentioned, he may have children or a messy divorce that he’s going through. There is probably some baggage. If so, you need to show you are good with children and a patient person who is willing to take on anything he may throw your way.

Most likely, he has experience when it comes to dating and relationships, and he isn’t going to want to rush into something with you, so you may need to be patient and wait until he feels like the time is right.

You won’t get far with a guy if you don’t talk to him, so be brave and start up a conversation with him. I’m sure he won’t bite. Ask him questions to get to know him better; plus, by learning more about him, you’ll find things the two of you have in common. Be talkative and friendly; he may really like you but is too shy to ask you out.

According to Psychology Today, for some women, their adult relationships reflect how they were treated as they were growing up. Often, women need the security of a father figure since they did not have it during their childhood. For this reason, they enjoy dating older men, as they provide them with a sense of security these women didn’t have growing up.

Another perspective states that older men have socially valued attributes that make some women want to bond with them. As they grow up, men become more stable with greater power and financial security. Older men appeal greatly to certain younger women who want the financial rewards the older generation can provide them with.

Sometimes, a woman enjoys dating an older man because older men are more mature and know what they want out of life, whereas a younger man is more carefree and not ready to settle down. Older men are often more successful because they have lived a long life, had time to make the normal mistakes one makes in life, and are just more stable.

According to Psychology Today, some older men believe that they will gain further power and status with a young, glamorous, and well-outfitted new wife. They think younger women are more beautiful because they haven’t had as much time to age. Plus, the fun and spontaneity of their young spirit make these older men feel younger and less mature for their age.

When an older man pairs with a younger woman, this may make him believe that he will be able to continue to have offspring at an older age. For women of the same age, the chances of having children will be declining. As the article in Psychology Today explains, this belief assumes that young women will behave in ways that guarantee a future for their offspring.

How can I get an older man's attention?

First of all, be yourself. Consider what an older man is looking for when you present yourself before him. Next, show off your maturity and intelligence. Finally, don’t act too old. Remember, age is just a number; who you are inside is going to be more important to him.

How do you get an older man to fall in love with you?

Older men appreciate young women who act more mature than their age. Keep your fun, adventurous side, but also show you are mature by having long-term goals. For example, you may want to focus on your career or show you understand the complicated parts of life.

How do you tell when an older man is attracted to you?

An older guy who is interested in you will probably ask you out. However, if he’s a shy guy, he may just smile at you, flirt with you, or lightly touch you when the two of you are talking with one another. Remember that introverts flirt a little differently.

They typically like the fact that younger women are more adventurous in the bedroom. Younger women may not have the experience that older women do, but they can be taught new things. An older man can show a young girl all of the sexual things that he knows.

At what age does a man stop being sexually active?

With little blue pills being as popular as ever, there really isn’t an age when men stop performing sexually. Many older men still have active sex lives; they like taking those prescription drugs and having an active sex life. It makes them feel alive and free again!

Older men can be quite appealing; I understand. An older guy can often provide you with things that a younger one cannot. He has the experience and know-how to be more successful. If you want to date an older man, consider using one of the suggestions in this article.

You May Also Like
7 Signs That It Is Just Lust, Not Love (Truth)
No Comments
I Like Him But I’m Scared Of A Relationship (13 Reasons Why)
No Comments
Fear of Commitment (9+ Overlooked Signs And Reasons)
No Comments

How to Make Your Ex Jealous (21 Surefire Ways)

Double Standard In Relationships (15 Sure Examples)