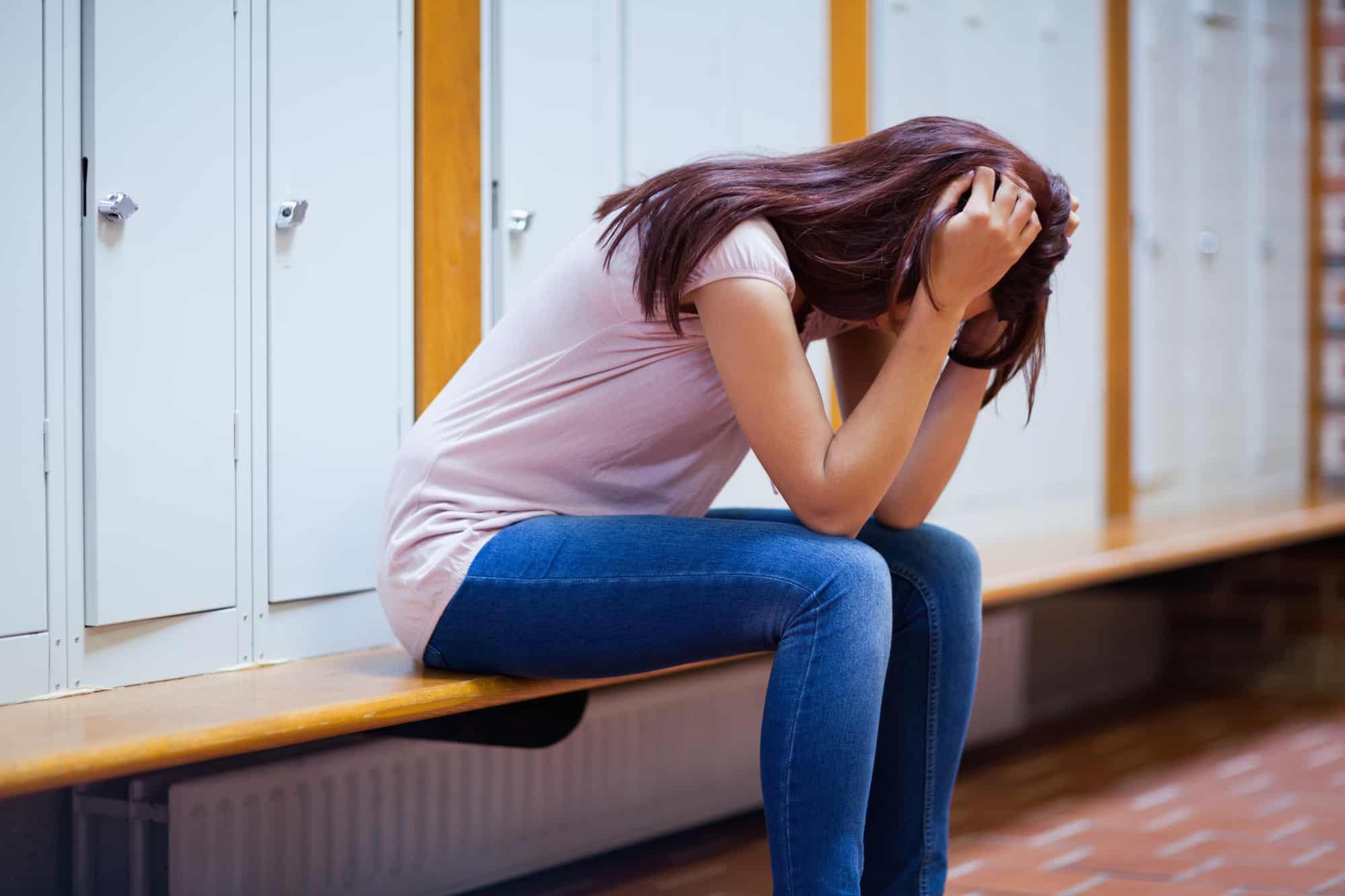 It's not a new thing that cheating is wrong, especially when you do it to your partner. Not only would they be sad, but you will harm your relationship and possibly the other person's love life too. It's even easier now because of how easier technology has made it through phones and social media.

There are numerous types of cheating. They include emotional, sexual, one-night stands, and flings. Some go beyond texting while others don't. These types of cheating are not exclusive to a specific set of people. They are affairs that include both single and married people and this temptation happens often.

People who cheat are not horrible. They're people who weren't disciplined enough to resist the circumstances of life. They could be looking for the things lacking in their marriage in someone else. This means that you could be unhappy or bored in your marriage, but that doesn't make cheating an option to handle your marital issues.

That's because it complicates things, instead of solving them. If you think it's not a big deal to cheat on your partner, especially when you think you have the right to, read these 9 complications and consequences to guide your steps.

9 Consequences and Complications Of Affairs Between Married Couples

1. It's an ugly scene when you get caught.

It's very risky to date another married person. That's because you could get caught by your spouses. When affairs start, it's easy to hide and claim nothing is going on between you and someone else's husband. You could lie to your spouse that you're still faithful.

But, with time, you get so excited and happy that you both begin to lose guard. This is when you're most likely open to be caught by either of your partners. They could go through your phone, eavesdrop, or walk into you both having sex. That's when your affair turns to a nightmare, which could ruin your marriage or relationship.

It sounds and feels exciting when you meet someone who gives you temporary happiness out of your marriage. The most interesting part comes when you know they have a family too. But, what's the point of living a double life when you're just surviving with lust and unfree to enjoy it in the open?

Affairs like this don't last long. It's either you're caught by someone who knows your or your cheating partner, or you get careless with your new lifestyle. It could also be you both losing interest in each other, or either of you could decide to stop cheating and concentrate on your relationship.

3. It could affect your children.

When having an affair, don't think about yourself only, remember you have a family to take care of. They include your children. Consider their feelings too. They're human beings who look up to their parents with high expectations. Imagine if they're friends with the other person's kids or they go to the same school.

It's psychologically depressing for them to know that their happily married parents are not as perfect as they seem. The worst thing is if you decide to opt-in for a divorce. That would affect them more than you can imagine. So, when you're starting an affair, remember you have children who have feelings too.

4. Your spouse would be hurt and embarrassed when they get to know you're having an affair.

Sometimes, it's not all about you, it's also about your husband. How would they feel when they find out that you're cheating on them? The saddest thing would be if other people know about you cheating and they don't know about it. They won't only be hurt, but embarrassed about the affair you're involved in.

In addition to that, the spouse of the person you're cheating with will also have hurt feelings. So you both would be ruining two families at the same time. This is what causes depression for most people. Some spouses begin to have suicidal thoughts when they know their perfect marriage is not so perfect.

5. There's a high risk of having STDs.

When you're having an emotional affair with someone, it would affect your sex life negatively. It's either you won't connect with your husband sexually, or you contract an STD. You may think this is impossible, or you have a lower risk of contracting an STD.

The truth is, you're not sure if your cheating partner has a spouse who also cheats on them. That's how the cycle begins until you eventually contract it. Of course, you may extend it to your husband if you're not careful about it. This is one of the consequences of affairs when both parties are married.

6. In most countries, it's a crime to commit adultery.

Adultery are of types, including two married people involved with each. Apart from respecting your current marriage, you should remember that it's against the law to commit adultery in some countries. While enjoying your everyday life with your newfound love, remember there are punishments for cheaters in committed relationships.

This should be one of the things that should make you feel guilty about having an affair with someone’s husband, except you don't want the best for yourself and them. Think about societal laws and rethink your affair with another married person.

7. You'll have divided attention for your family.

Don't forget that your career and other daily life activities are already taking so much of your time. Do you want the other part of your time taken by someone you're having an affair with? Would you want that to happen to you? You could be fine with it when it's you doing it, but it doesn't feel good to him.

Having an affair with another man makes you have undivided attention with your loved ones. You would rarely notice little details about them and would be unable to give them your all. Having enough time to share with your loved ones should discourage you from cheating.

8. There’ll be no freedom to meet and have fun.

You know how it feels when you have a teenage boyfriend without letting your parents know? You'd have to hide to do every action you want to take with them. That's exactly what happens when you cheat. Your freedom is completely gone. You'll have to calculate every step you take.

That's because you want to be caught. You're trying to avoid a broken trust with your husband. People cheat forgetting that having an affair is the end of their freedom, especially when they're in long-term relationships. You won't have the freedom to have a date or make love to them without fear of being caught.

9. You'll need so many lies to cover things up.

Did you ever have an affair? If yes, how did you feel from when the affair started until it ended? If you analyze it well, you'll notice how much you had to lie to cover things up. Why? Because you don't want to lose your husband's trust. You don't want your relationship to fall apart.

Even with that, you'll still delve into it with the mind of eating your cake and having it. People cheat not minding the stress they have to go through to make it work. Is it really worth it? Having to lie your way through till you're caught is one of the things that make having an affair complicated.

They vary in duration. An extramarital affair could last from a month to a year. Sometimes, it could go beyond a year to many years. But, most times, it depends on how long both cheats can hide and continue their emotional affairs without being caught by their spouses, or how long they enjoy it.

Can extramarital affairs be true love?

Most extramarital affairs are based on lust because you're cheating on someone you once claimed completes you for certain reasons. If you fall in love with someone else and use it as an excuse to have an extramarital affair, it may last for only a short period. Only a few of them try love.

How do affairs usually end?

Most affairs usually end messy, where either one affair partner or both of them are caught by their respective spouses. They usually end in sadness, tears, anger, suicide, divorce, and sometimes, apology from the cheater. But, a few times, some of them end in a good relationship with their new partner.

What do you do when two married people fall in love?

There's always the urge to talk to them or correct their act. But, it's better to let them do what they want to do. Sometimes, it's okay to allow people to learn lessons from the experiences they have from their careless life. You could also give them a scenario of their spouses cheating and see how they react.

How many affairs end in marriage?

According to research, only about five to seven percent of them end in marriage. And even when they do, those marriages rarely last for a long time. Apart from that, a greater percentage of affairs don't end in marriage because it's based on lust, even though the cheaters feel it's love most times.

Every affair, whether it's between two married couples or not, is deceitful and hurtful. They always come with complications and most of them never end well. When you feel the urge to cheat, read the 9 complications/consequences of affairs between married couples that I've mentioned, share them with your friends, and drop a comment.

You May Also Like
First Year Of Marriage (11 Tough Realities)
No Comments
Late Night Date Ideas (12 Ideas To Keep Your Night Cozy And Fun)
No Comments
Did He Ever Love Me? (33 Ways To Find Out)
No Comments