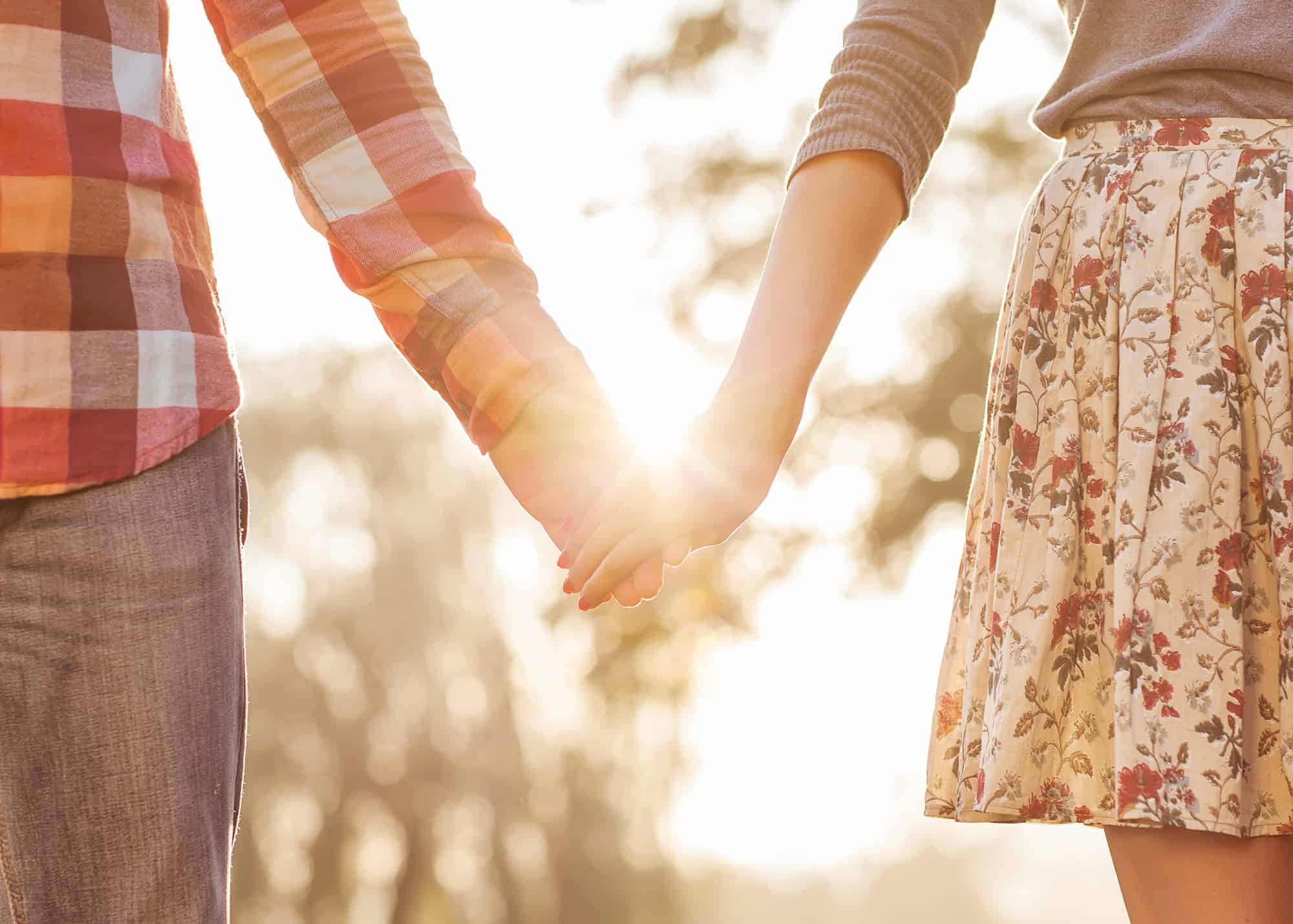 Don't we all wish romantic relationships were more straightforward?

You know, boy meets girl, they like each other, and they get to live happily ever after, I bet that would be easy, just like the fairytale stories. However, that isn't always the case.

Human relationships are tricky, especially when it involves a man who seems to be indecisive about his feelings. On one hand, he is sweet, caring, and everything you would like. But on some days, he is distant, plays mind games, and is just plain toxic.

You are probably fed up with the hot and cold treatment, and you are ready to move on, but he’s not making that easy. He's probably showing up unannounced on your doorstep or office and bombarding your phone with text messages and even calling you late at night to re-profess his love. All these can get quite annoying and worrisome over time.

Men may seem all tough and masculine,but even theyget love-struck sometimes. However, there is more than one reason why he keeps coming back to you. So, without wasting any more precious time, I’ll be sharing some of them below.

11 Reasons Why He Can’t Let You Go

An insecure guy will always question his decisions, which is probably why he’s still trying to get you back. You see, unlike confident guys who are sure about what they want and don’t want, insecure guys are always unsure. So, he is probably trying to keep you around with hopes that things change.

Furthermore, some people think less of themselves when they are not in a relationship, which is also a sign of insecurity. Being with you makes him feel safe, desired, and generally better about himself.

2. You are his ideal woman

Beyond character flaws and other physical differences, people face other challenges in relationships like distance, career changes, religious differences, and family disapproval. Perhaps, this might be one of the explanations on why he’s still trying to make things work.

So while he is in love with your personality, mannerisms, and career goals, your differences are a stumbling block in your relationship. Your differences matter and they are something you are not willing to compromise on, and that's why it's easy to walk away from the relationship.

However, to him, those differences are superficial, and he believes otherwise, so he finds it harder to move on. He thinks he may never be able to date someone else that fits his idea of the perfect woman.

3. He is afraid of being lonely

Being alone isn't something many of us know how to do, and quite frankly, it's just the way we are wired as humans. It is not a comfortable place to be, so we always find ways to fill in the gap with relationships.

One reason why your guy is unable to move on could be that he is afraid of being alone. He knows he does not want to be with you, but neither does he want to be alone. So he is using you as a filler until someone he really likes comes his way.

4. You are his first serious relationship

Until we realize that history plays a vital role in our lives, we may never explain why we make some decisions. Decisions like choosing to stay in relationships that no longer serve us.

Your guy may be having a hard time letting go because you are his first real relationship, and he can't imagine being with anyone else. He probably feels like no one else can understand him or make him as happy as you do. You have given his life a lot more meaning and color, and now, he doesn't want to go back to his single life.

As you may already know, many guys prefer to take things slow before getting into a relationship. And when they do, it may still take a while for them to let down their walls and let someone else into their lives.

Your guy probably feels like you hurt his ego because he let you into his life, broke down his walls, and now you want to leave. He is hurt and needs to rebuild himself, so an instant withdrawal will not work for him. He is holding on to you until he can fully grasp what's happening and accepts his new reality where you are no longer in his life.

There is always that crazy ex who is a lousy lover, but he can't bear to see you happy with someone else, and they will do anything to ensure that you never leave them.

Some guys find it hard to leave a relationship because they are jealous and can't bear the thought of seeing you in another man's arms. He knows you are a good woman who will easily find another person, so he doesn't want to leave any room for that.

7. He is hopeful for the future

Perhaps, this guy genuinely wants to share a future with you, and he is willing to put in the work to make your relationship work, so he is not ready to let you walk away. Even though it means holding on to you when you’re bent on leaving, he won’t mind.

Since he fears losing you entirely, he is willing to work things out to ensure you have a better relationship in the future. He has hope that something can still happen with you and he’s not throwing that hope away for anything.

8. His family loves you

Whether he wants to accept it or not, the family plays a vital role in our choice of partners. Subconsciously, we are more drawn to the people they approve of and love. So maybe the reason why he can't leave you is that you have his family's approval and they love you.

While he might be willing to respect your desire to be alone, he is not ready to answer the questions that will come from his family. Maybe he is the reason you are no longer together, and he fears his family will rebuke him harshly for being a jerk and losing you.

Some relationships leave us a different person and we find ourselves feeling grateful for dating the person in question. Maybe that is the effect you had on him, and now he is unable to let go.

You were able to accept him for who he is, love him regardless of how low and challenging life got, and maybe even supported him through downtime. Now, when he looks back at the past, he can’t imagine a future without you.

10. He is comfortable around you

Maybe he is the shy type who only opens up around people he is comfortable with, and you were one of those few people. You were able to look beyond his past mistakes and insecurities. You saw him in a different light that made him feel worthy and loved. That may be why he is comfortable around you and doesn't want to let go of your relationship.

He is afraid of starting over again with another person. The process of opening up to someone else can be daunting, and he is not sure he will meet someone as trustworthy and comforting as you.

A guy may not want to be with you, but they are not ready to let go of the sex. He keeps wanting to come back because he knows you will let him in and perhaps, you also enjoy the sex. He won’t want to find another lady to get it on with, because that’s hard work.

I would advise that you apply wisdom with such men. For them, it may only be sex, but to you, it means more. So, if you must entertain them, understand that you may never get more than he is currently offering, which is sex.

What does it mean when a guy won't let you go?

A guy's reluctance to let you go could mean several things. Maybe he is jealous each time he sees you with someone else, or he is having a hard time accepting the fact that your relationship is no more. Either way, it is usually for selfish reasons.

When a man won't commit but won't let you go?

Being around a man who is unwilling to commit but won't let you go can be frustrating. He knows that you want more, but he keeps you at arm's length. Such men may only be after the sex, or you are just a substitute until they find someone they genuinely love.

Why can't he open up to me?

The number one reason why a man cannot open up freely with you is usually because of his past experiences. He is afraid of trusting the wrong person, so you will need to give him reason to believe that you are different and trustworthy.

Why does he keep coming back if he doesn't want a relationship?

In many ways, men think differently from women, and this is one of those ways. Men can spend time with you and even have sex with you without any emotions attached, but it works differently for us ladies. So he might just be using you to while away time and for the sex, not necessarily because he wants a relationship.

What do you do when a guy doesn't want you?

I know this may not be easy to do, but there is no need to waste your time chasing after someone who does not want you or appreciate the goodness that you have to offer. There are other men out there, and surely, there will be someone who will appreciate all the things you do and love you immensely.

I hope this article helps you realize that some men may not be ready for a relationship irrespective of the body language they give off. If you enjoyed reading this, please drop a comment and share it with your friends.

You May Also Like
Why Did He Break Up With Me If He Still Loves Me? (6 Unbelievable Reasons)
2 Comments
Signs He Will Never Come Back (21 Signs It’s Time To Move On)
No Comments
How To Move On From An Ex You Still Love (9 Effective Ways)
No Comments