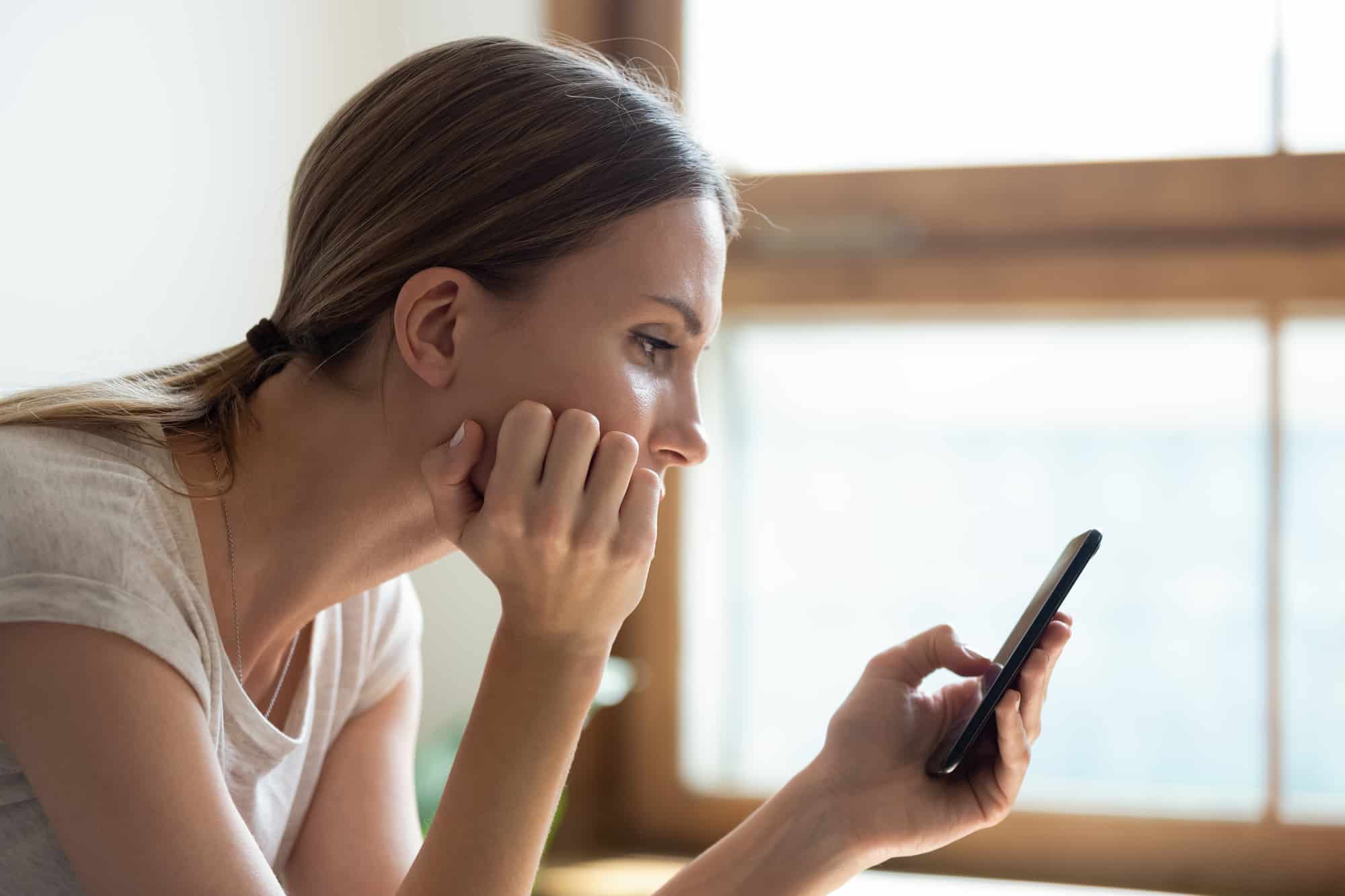 Why Does He Only Snapchats Me But Not Text Me? (13 Things It Could Mean)

It can be confusing why some people choose Snapchats as the preferred platform for chatting. Well, maybe because Snapchat flirting is actually very fun.

When you meet a guy on Snapchat, the filters and features make it quite easy to send intriguing pictures. Some social media platforms have the ability to let you know when your messages have been read.

Some also argue that they communicate better with pictures, which is the whole essence of snap chat. Nevertheless, some others believe that dating on Snapchat isn’t as real as dating on other social media platforms like Facebook.

However, conversations on Snapchat disappear after a few minutes on your phone, which begs the question; can anyone build a relationship on Snapchat?

Making Snapchats may be suitable for goofing around with friends and looking your best anyday, anytime, but if anyone wants to have intimate conversation with you using the app, it’s definitely questionable.

With all the above said, if someone you’re dating only Snapchats, it could be due to one of the below reasons.

13 Things It Could Mean

1. He doesn't want his messages seen

Truth is, he might be seeing someone else and doesn't want his girlfriend to know that he’s sending you Snapchats. The beauty of Snapchat is its discrete feature, not only does your immediate text disappear. But once you view the message, there’s no record of it on your phone. This makes it easy for men to live a shady life without getting caught.

2. He's trying to sleep with you

An experiment carried out questioned the reason why men Snapchat girls rather than text. A majority of them accepted that if they just Snapchat rather than text, they’re likely trying to get you in the sheets. Does he unwantedly send nudes to you? If yes, that’s a red flag.

3. He prefers to communicate through pictures

This is one ray of sunshine on a gloomy day. The truth is, it can be difficult to completely generalize a guy's behavior and place them all in the same box. Some men generally like to communicate with pictures.

However, this shouldn’t include penis pictures but rather, the random things happening around him. For example, he could be in a meeting thinking about you, then sends a snap of what’s happening on his end and expects you to do the same.

4. He doesn’t want anything serious

If someone you’re dating judiciously texts you only on Snapchat and it has been that way for a while, then there is the possibility that nothing serious can come out of it. He might be into you and finds you attractive. However, no serious conversation can be had over disappearing chats.

5. It's their preferred platform for texting

Of course, this is a tad understandable when you're in your teens. No mature man would prefer Snapchat as a medium of texting. A teen would prefer texting on Snapchat because he hasn't given much thought to it. He is just enjoying the interaction, regardless of whether it's snap, iMessage, or WhatsApp platform.

Some guys believe that the app creates an environment for texting that is more exciting than other platforms.

Once a person is typing, it shows the recipient. The recipient’s screen shows a blue dot to the typer which translates to “I am expecting your message.” He also believes that with the way the messages disappear quickly, you don't feel so bad and practically have less anxiety when you make a grammatical error in your text messages.

Even though there are other socia

a bloke have conversations with a girl only to delete the message right after? Anyone who’s after a genuine relationship may want to go back to their phone and read the conversations just to reminisce.

Well, someone who is very particula

l media platforms to explore, many prefer Snapchat because of its unique features.

However, I have to ask, why would r about his privacy would prefer to keep some parts of his life private. For example, once you take a snapshot of his snap, he’s notified. If he really likes his privacy, he may stop texting, even though you are friends.

Believe it or not, some guys will Snapchat a girl rather than sending a text message if they’re trying to save costs. Some guys feel that rather than use a medium that charges extra, an app that only requires data is more suitable.

9. They do not respect you

Snap chat is a casual app notoriously known for low-risk sexting and exchanging nudes. If your love interest only sends you messages on this app rather than a text message, then it's clear he doesn't respect you.

As time goes on, he might attempt to send racy pictures to test the waters. A man who respects you will ask for your number, not your snap chat ID, to send a proper text or call you.

Maybe at the beginning, he was interested enough to want to keep in touch and send you stories and messages. Still, if this goes on for an extended period without moving to a different social media platform, then there’s reason to worry. It’s important to ask what relationship develops this way.

He’s probably bored and isn't interested in furthering the conversation or the relationship.

If a guy doesn't trust you, he will prefer to message you on Snapchat because it doesn't require you having his number. It’s casual and pretty straightforward. If he has your number and still only sends you snaps, then that’s a red flag.

Unlike WhatsApp, Snapchat does not show when you’re online. It can be convenient especially when he’s not in the mood to respond to your messages. He could also lie about the time he saw the message when he received it a while ago.

13. He probably just likes the interface

Some guys honestly just prefer the Snapchat interface with all its collective features. It can be confusing who would because of how much one snap drains your phone battery.

What does it mean when a guy only snap chats you?

If a guy really likes you, he will not just Snapchat but also send you texts and call you. If he only Snapchats, then that is a red flag.

Why does he only text me on snap chat?

He only texts you on the app because he doesn't want his messages saved. He’s probably in a relationship and doesn't want proof of his infidelity to his partner. He might also be chatting with other girls on the app.

Why is someone not getting my snap chats?

Can you tell if someone Snapchats only you?

Unfortunately, the creators of snap chat did not create this feature. There is no way to know if you are the only one he’s messaging on the app. It's a social platform so my guess is he’s also snap chatting with other girls.

How do you know a guy is not interested in you through text?

He takes his time to respond to your messages and will leave the message on ‘read.’ A guy interested in you will stay steps ahead in keeping in touch. They will reply to your texts on time and apologize when they don't.

A guy who only Snapchats you and doesn't send texts may or may not have ulterior motives. Hopefully, these tips help with clarifying and putting things in perspective.

I sincerely hoped you enjoyed reading this. I would love to know what you think so drop your comments below and share this too.