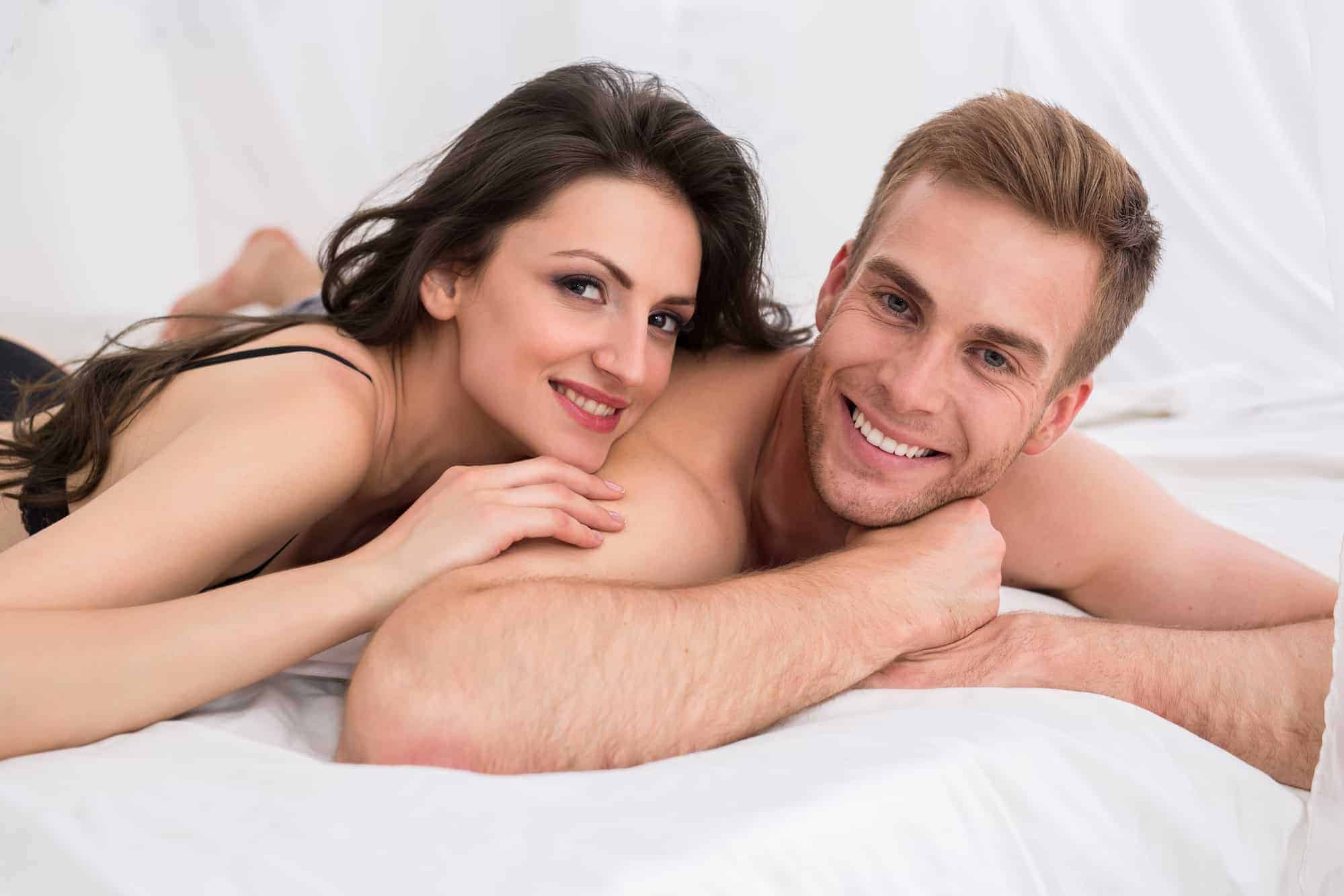 When deciding what to conclude when a man waits to sleep with you, the most important thing that you need to determine is how you feel about the pace of everything. It’s crucial that you only do what you are comfortable with. Having said that, I realize that you probably want to also make sure that the guy sticks around for a long time.

It’s important to understand that regardless of when you decide to have sex, whether it is after the first date or after a long-term commitment, you don’t want to do anything you aren’t ready for.

Think about your dating life as you would an entire blueberry pie - each piece has its part. One piece of the pie is “emotional,” while another piece is “sexual”. Unlike a pie, though, you can’t just take a piece and expect the other areas of your life to go unscathed; instead, everything is intertwined - the mental, emotional, and physical.

Generally, when you have sex with someone, you have an emotional connection with them. So, if a guy is making you wait, that could be something really good! Let’s explore the topic more fully, though.

How Long Should You Wait To Have Sex?

According to Business Insider, one source says all you need is 36 hours before having sex. Those hours don’t have to be in a row, though. Instead, you may wish to spend a few days here and there with the person until you reach the 36-hour point. For these purposes, that may only take a few weeks.

Some studies have determined that the best time to start having sex is when the honeymoon phase of the relationship is over. This is revealed to be until three months have passed. Another study says couples who delay sex until marriage have a more stable and lasting relationship than those who had sex before being wed.

Clearly, this shows that there are many schools of thought as to when is the right time for sexual intercourse. In my opinion, the best time to have sex is when both people are ready and excited to explore the boundaries of the bedroom to the fullest extent. I think this holds true for other forms of sexual behavior, like blow jobs, as well. You want to both be on the same page!

Should You Make A Man Wait To Have Sex?

It’s not a good idea to deliberately toy with someone you are hoping to have something real with. Instead, you should move things further along, physically, when you are ready to do so, and when your partner feels the same way. By doing this, you are showing that you value how they feel and that you will stand your ground when it comes to your own feelings about sex.

Instead of trying to play a guy by expecting him to wait for you to be ready for sex, you should advance things further in the bedroom when you feel like the time is right for both of you. Don’t do anything you aren’t comfortable with, but also don’t play around with someone’s feelings on purpose. Instead, create an environment where you both can talk freely about your sex life.

Top Reasons That A Man Makes You Wait For Sex

1. He feels self-conscious about his body

Sometimes, men have things tattooed on their bodies that they don’t think we will accept. They may really want to have sex but don’t want to reveal decisions they made in the past that have permanently changed the way they look naked.

2. He doesn’t think that you are ready

Often, guys will wait until they believe their girlfriends are 100% “in” concerning physical matters; sometimes, they don’t think the girls really want to take that next step in the relationship; in cases like that, the guy will hold off making any sexual moves until the timing is right.

3. He is concerned because of his past experiences with sex

You never know with some guys; they may have been in past relationships where the bedroom action was where the conflict started and are nervous about something like that happening again.

4. He is not ready for the commitment that comes with sex

Guys know that for women, the emotional connection needs to be as strong as the physical one. Because he may not feel as though he is ready to be boyfriend material, he’s holding off on making a physical commitment.

5. He doesn’t want to hurt you

Some guys find it natural to have sex with many women and then bolt the next day. He may have developed something real with you and doesn’t want to spoil it by doing something hurtful, like having sex with you and then leaving.

6. He doesn’t want to rush things

Many guys don’t really like to move things to the next level physically until they are completely comfortable emotionally.

7. He wants to have a lasting relationship with you

If he’s looking for something that will last, he may believe holding off on sex is a good idea. That way, the relationship has time to take root and grow freely without limitations.

8. He does not want to have any regrets

He may feel bad after sex if things don’t go as planned, so he’s waiting until he knows with every fiber of his being that you are both going to have no regrets over what you do together.

9. He does not want you to think that he’s a player

There’s always that one guy who sleeps around, and your boyfriend may not want to be associated with him.

This sort of goes without saying, but many guys need help in the bedroom and feel humiliated by that fact.

What if you don’t accept him for all of who he is when he’s naked, making love to you? It can be an uncomfortable feeling for either party when having sex for the first time together.

12. He has not felt like the moment is right

Roommates, schedules, pets, and timing can just cause everything to not feel right.

13. He’s trying to do things differently in this relationship

He may have rushed things in the past and found that to be an unfortunate situation. He doesn’t want to make the same mistakes with you.

14. He wants you to know that he thinks you are special

This goes along with the last point, but he wants you to know that he views you differently than other girls.

15. He’s waiting for you to make the first move

Some guys just don’t have the moxie to make the first move, so you will have to take charge and initiative so that the two of you can have sex.

How long will a guy wait to sleep with you?

What does it mean when a man waits for you?

When this happens, this is often a sign that the man thinks you are very special and doesn’t want to ruin anything by moving faster than you are ready to move. Others want to wait until the woman makes the first move; some men like being less dominant in relationships.

How do you know if a man wants to sleep with you?

Usually, if a guy wants to move things into the bedroom, they indicate this by “making a move”. To do this, many men turn kissing into a big makeout session, perhaps moving their hands and arms onto your breasts or butt. Other men just flat out ask for sex outright.

How do you get a guy to chase you after you slept with him?

If a guy is truly interested in you, he’ll want to be with you whether you sleep with him or not. If he didn’t like you, he probably wouldn’t have had sex with you. Not all men are this way, but many are. There are “jerks” who only want sex.

Do guys lose interest after making out?

Usually, guys become more invested after a great make out session because they want to get things to go even further! Some stop things before they go all the way because that’s just how they were raised - to wait until marriage or commitment before having any sexual relations.

Are you with a man who is making you wait for sex, or are you making him wait? What is your opinion on when to have sex for the first time? I’d love to hear from you! Share your thoughts in the comments section below, and please share this post!