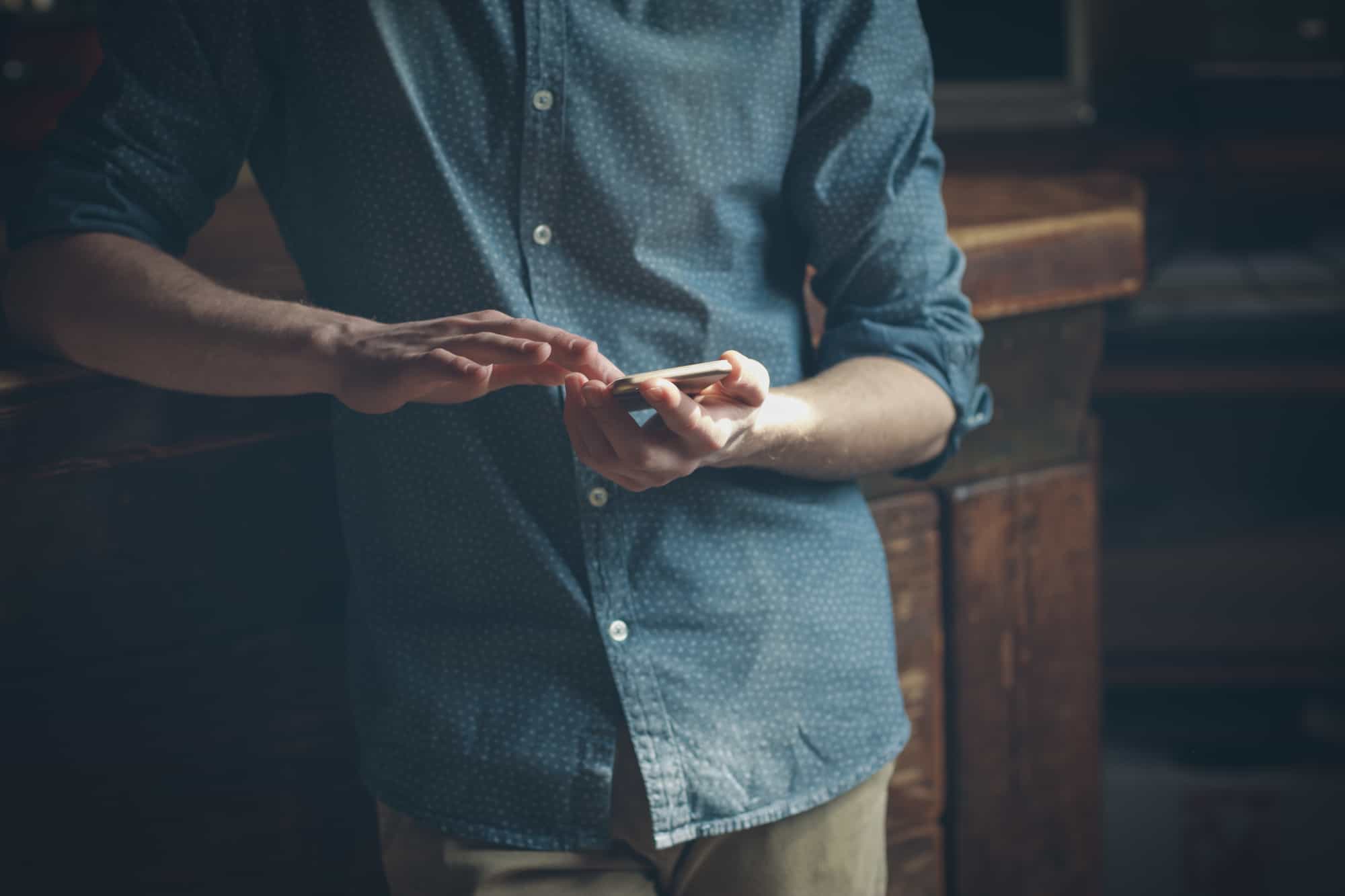 When A Guy Texts You Everyday, What Does That Mean? (13 Things It Could Mean)

Have you ever liked a guy so much that you would say yes if he proposed to you on a third date? Would you agree that any attention he throws your way would be like receiving jewels or a special dinner invite from your favorite celebrity?

Maybe the attention is not that dramatic, apart from his incessant texts every day, he may not be giving you any more signals.

A guy that texts you every day could just enjoy texting daily is a nice person or actually enjoys texting you every time. I understand that when you get texts from the same guy every time, you start wondering if he likes you. Perhaps, he first sent you a text after you met. Now, his body language was normal, but he currently sends a text every day just to say hi and make light conversation.

Before you read on, remember that the fact that a guy texts you every day doesn’t mean he’s so into you. So, before you start picking out wedding dresses and planning who will be on your bridal train, you need to think about what his texts could mean.

So, don’t jump to the conclusion that he wants to be your main guy until you read the tips in this article, all the way to the end. Afterward, you can decide which sign is assuring enough that he really wants you to be his girl.

13 Things It Could Mean When He Texts Everyday

It is very easy to arrive at the decision that a guy likes you beyond friendship, especially when he pays more attention to you than is necessary. This misleading sign is even more applicable in a situation where the guy hasn’t come clean with his intentions towards you.

However, this person in question might only want a friendship with you so, don’t put your hopes up just yet. You might think “someone who texts me every day is obviously into me’, but that’s not always the case. How guys text when they like you is different from when they are just being social.

2. He likes you so much but can’t tell you directly

A guy who texts you every day probably likes you but doesn't know how to tell you. His reason could stem from different things. He is naturally shy and has trouble approaching ladies or, he is unsure about whether you find him attractive or not.

A good sign that will give him away is what he says in his text, his body language when you have face-to-face meetings, and the way he ends each text. When he texts you every day, does he sound like he looks forward to texting you the next day? If he does, then that’s how guys text when they like you.

3. He is having trouble with his girlfriend

As unbelievable as this might sound, it is very possible for a guy to go on a texting spree with you just to avoid the problems he is having in his relationship. You’d be surprised at the number of guys who find it easy to turn to another woman just when things go wrong in their relationship.

Therefore, you need to be careful not to be a temporary crutch to a guy that’s already taken. Even if he gives you the impression that it is over with his girlfriend, make sure you don’t buy the lie because he might return to her.

4. He needs the opinion of a smart woman

As an intelligent woman, it is normal to attract a guy who wants your opinion, especially if he appreciates smart women. As a result, he might not be all that interested in starting a relationship with you, he just texts you every time to ‘pick your brain’. While you can be flattered that he considers you a great person to turn to, don’t see his everyday texts as more.

5. He sends you texts with sexual undertones but he doesn’t mean anything deep by it

When a guy texts flirtatiously, sometimes, he doesn’t intend to follow through with the subtle sexual overtures. For most of them, they are just having harmless fun and nothing more. You can boldly call him out on this just to see what he has to say in return. If he is having fun with the texts, he will let you know so you don’t ‘hope’ that anything can happen between the two of you.

6. If he sends a text with nudes, he is out to have a fling with you

If the guy is someone you just met and he tries to engage you in sexting every day, he might be a creep looking for quick sexual release. However, if he is a steady friend who sends you pictures of his bare chest and other parts of his body except for his private parts in a text message, he might be subtly telling you he wants more from you.

7. He thinks you are cute

If your guy friend has proceeded to the level of calling you by pet names, he is texting you because he thinks you’re cute. However, you shouldn’t assume there will be a relationship between the two of you if you haven’t discussed it in clear terms.

8. In between the regular text swapping, he has asked you out more than twice

When a guy who texts you every day doesn’t ask you out on subsequent dates after the first or second one, it might mean he just enjoys talking to you. If he, however, invites you on dates even while keeping up with the everyday texts, it is very possible that he likes you.

9. He sees you as a confidant

When your text exchanges move towards discussing vital issues like his future plans or even what he wants to achieve that day, he may respect your input or advice. It’s also a good sign that he has gotten so used to hearing from you everyday, and has become fond of that.

10. Is he the first one to text you after each date?

If he is still texting you after a date, it means he enjoyed his time with you. His body language should also tell you if he enjoyed spending the day (or night) with you or not. It doesn’t translate into him wanting his ring on your finger but, it shows how much he cares for you.

On the other hand, he might just be trying to be a gentleman by texting to know if you got home okay. So, make sure you don’t jump to conclusions or get all mushy about him texting you first.

11. Does he do his best to humor you even if he tells dry jokes?

Most guys have the gift of humor and they don’t hesitate to use it to further their cause with a woman. There are also guys who can’t tell jokes to save their lives yet, their attempt to tell one is what makes them hilarious.

If the guy falls into the second category, you know he likes you and is trying to get your attention. If he makes you laugh through his funny text, he probably likes you a lot.

12. What kind of text messages does he send to you?

Most guys don’t like texting all that much because they’d rather see you in person or call you. The number of guys who favor texting to calling prefer short messages to lengthy ones.

If the guy swapping text messages with you everyday likes you so much, he won’t limit himself to one text message per day. Instead, he will exceed the length of a regular text message and you’ll probably get broken texts that come in as multiple text messages. While this doesn’t make his intentions towards you explicit, it is a sign that he’s seriously into you.

What do guys find attractive about me?

There are different things that could make a guy attracted to you. For the most part, physical looks play a major role. For some guys, your intellect is what makes you the most attractive. What attracts a guy to you depends on what stimulates his senses.

How do you know if a guy thinks about you a lot?

What do guys first notice about you?

There is a general opinion that guys, first of all, notice your physical features before they notice if you’re a good conversation maker or a dull companion. However, the mode of the first contact also determines what a guy first notices about you.

Shallow guys only like great body shapes and body parts in women while guys with depth will like a girl’s intelligence along with her physical beauty.

What do men look for in a woman physically?

Each man has his preference; one man might prefer a tall and slim woman, while another man would go for a petite woman. A man knows the kind of woman he wants when he sees her.

There is no direct way of knowing if a guy who texts you everyday wants more than friendship unless he says so directly. Therefore, it’s best if you consider the tips in this article to guide your thoughts and actions in such a case.