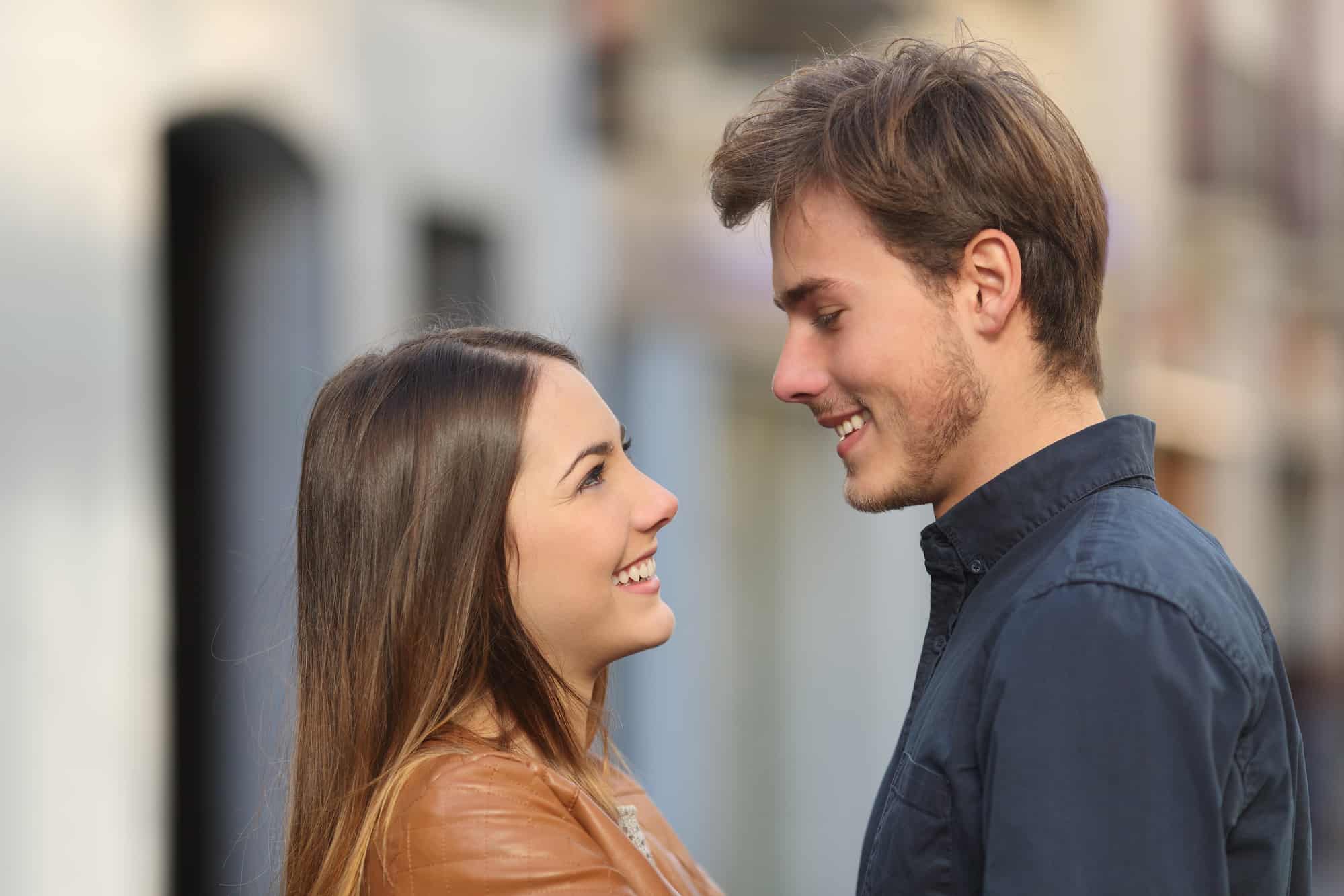 When A Guy Says, He Wants To Talk To You In Person (23 Possible Meanings)

Have you done something to offend him? Does he want to break up with you? Has he heard anything fishy about you?

These are the questions that plague our minds when we hear the words “I want to talk to you,” Try not to overthink the situation, unless you’ve got something to hide, and relationships based on secrets don’t go far.

Depending on who he is; your boyfriend, a friend, or just someone you met online, it could be anything. That’s why I’m sharing some possible reasons anyone would utter those words.

1. He wants to get to know you

If you haven't met him before, it's safe to say this is why he plans to talk with you face-to-face. He’s probably just trying to get to know you better.

2. He wants to spend time with you

Some guys don't know how to be straightforward with what they want. Maybe he’s thinking of spending quality time with you or he enjoys being around you. This is mostly the case.

There’s good reason to believe that he may fancy you. No one would want to sit and have a face-to-face chat with someone they don't care about. So, maybe it’s a good sign he’s going to tell you he likes you.

4. He wants to check you out

If he hasn't seen you before, he may feel like it’s both of you meet. Plus, it might be a little weird to request a video of you. He needs to be sure the face in his head matches the looks of the lady he's talking to.

5. He likes someone else

This is where it gets painful. It's hard to tell someone who likes you that you want someone else; it's disrespectful not to do it in person, mostly if you both were in a relationship. Maybe that's what this is about.

He probably knows this will make you overthink and panic a bit, so he's just doing this to pull your legs. It's a joke; he doesn't really have anything important to say.

He’s at home, with nothing better to do, so he thinks of one lady that could lighten up his day. Like I said, not everyone is expressive enough to say what they wish to in detail. It's okay if he just needs someone to talk to, you can't blame him.

It's not the nicest way to ask a Lady out on a date, but maybe this is what he’s going for. In other news, this might mean you have a date. He’d really like to go out with you, but rather than being direct, he says it subtly.

9. He finds you interesting

People who find a lady they haven't met yet may want to speak with them one-on-one. So if he's asking to meet with you, this could be it.

It'll be rude to tell you over the phone that he's tired of being in a relationship with you; maybe that's why he's asking to speak with you. If this is your case, don't beat yourself up about it. These things happen.

11. He needs to ask about your feelings

Guys love to see your facial expressions when they ask you how you feel about them. The smile, blush, shrugs, or whatever body language you give off helps him understand your true feelings for him. That’s probably why he’s insistent on meeting face-to-face.

12. He needs to read your facial expression

13. He wants to get intimate

Meeting face-to-face with your partner gives room for intimacy. It’s probably not only about talking to you, but he’s also looking forward to having a really good time with you. He would like to hold your hands, hug you, watch you laugh, and all those other little intimacies that make a relationship more real.

I know, why would he want to see you if he’s shy? It could be that the conversation he was to have is very delicate, and he’s afraid of rejection. Hence, he’s trying to keep it between you two; no text or call records.

Many men feel awkward about asking women for a favor, but for some reason, they’d rather do it in person. He probably needs your help fixing a situation that he caused, or it has to do with finances.

A man who cares about you will surely want to spend quality time with you, not just over the phone or by texting but also in person. If he messages to meet you in person, it’s a sign that he cares about you.

17. He's taking you to see his parents

You’d be surprised that this could be the reason he’s asking to meet with you. Most ladies never think it’ll be about meeting a guy’s family at all, except they had prior conversations. However, meeting a guy's parents officially is important to him, and he’d want to discuss this with you in person.

He’s probably just saying this to see how you work under tension or perhaps scare you into telling him a secret he suspects you’ve been hiding.

19. He needs to apologize

It could be that this man has done something to offend you, and the only way he can apologize is by going somewhere quiet, just the two of you, to apologize. Just keep your cool, let things play out naturally.

20. He’s planning to propose to you

This is also a shocker, but it happens like this for some ladies. He texts you and asks to speak with you privately and boom! He pops the question. I hope you are ready; congratulations in advance.

21. He’s planning to break up with you

This is tragic, especially if you still have feelings for this man, but as I said earlier, things like this happen, and you probably already saw it coming.

22. You did something to upset him

He has probably found out what you’ve been hiding from him and is coming for you.

23. He plans to surprise you

This may just be a sign that he’s going to surprise you, so you have a good reason to be excited.

What does it mean when a guy says he wants to talk?

What does talk to you soon mean from a guy?

It's probably a sign that he’s going to call you again, or he's coming over to meet up with you soon. Guys say this a lot after a conversation over the phone or in a text; it’s a casual way of telling you he's anticipating the next conversation with you, whether in person or not.

What does it mean when a guy wants to touch you?

It probably means he likes you or desires to get intimate with you. Perhaps his love language is physical touch, and he's trying to express that. It also depends on who he is to you and where he wants to touch; beware of perverts.

What does it mean when someone says we need to talk?

This. Is. Serious. It’s usually not a good thing for the relationship, important things will probably be discussed Either way, this statement always sends shivers down spines.

How do you know if a guy wants to be with you?

Simply by the way he behaves; he’ll make time for you, compromise, care about what happens in your life, and show you love in general. Someone that is stringing you along will only do things when it’s convenient for them.

I'm sure one of the reasons he's asking to talk to you in person is written up there, so brace yourself. Please share your thoughts with me in the comment section below and share this article with your friends as well.