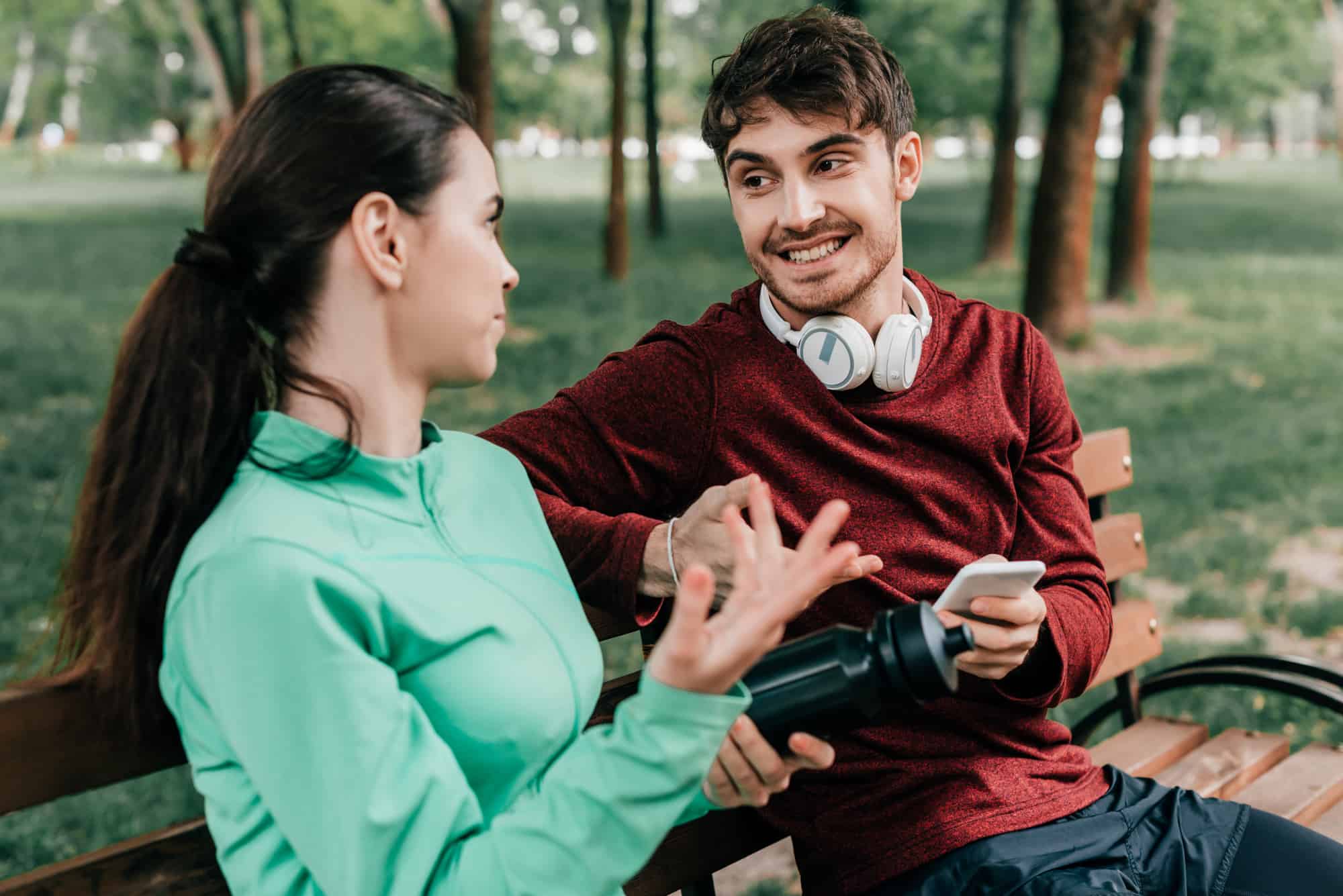 What Does It Mean When A Guy Talks About His Past Relationships? (9 Baffling Things)

Is your man regularly talking about his past relationships?

Are you wondering why he does this?

Do you worry what this means for your relationship?

If so, I hope that this guide will prove to be immensely useful for you. It features nine reasons why a man may feel the need to talk about his past relationships.

In many cases, you have nothing to worry about, as far the prospects of him reuniting with his exes.

Still, if you are worried about him doing this, I would recommend you download this online communications tracker tool.

You can use this tool to discreetly connect with your boyfriend’s mobile phone, and receive information about who he’s communicating with. You’ll also discover what apps and online services he’s using, as well as information about his alternative contact details.

This tool is being used by suspicious boyfriends and girlfriends around the world. Perhaps it’ll be the key you need to start trusting your partner again.

Whether or not you decide to use this tool, I suggest you read the rest of this guide so you can understand why men talk about their exes.

It’ll really open your eyes about this situation.

1. His ex was an important part of his life

One reason why your boyfriend is talking about a girl he had dated before could be because she was an important part of his life. Perhaps she was his first love or was present during a unique event or stage in his life.

There is no need to feel insecure about this; instead, listen attentively to him and see why his ex being present during such a time mattered to him. You stand to learn about his love language or how he likes to be treated when faced with a difficult situation.

2. You remind him of his ex

After a relationship, many people unknowingly start to look for positive traits their exes possessed in another person. So, another reason why a guy would bring up something from an association that ended months or years ago could be that you share similarities with his ex.

This does not necessarily mean he still cares about her or that he wants to be with her. It just means he has a type and maybe you share the same passions or interests with his ex.

3. He wants you to trust him

An old trick to getting people to give trust is by revealing a secret, and this could be what your guy is playing at. It’s okay to feel like such information should be kept personal, but one way to make him feel trusted is by telling him how long you dated your last boyfriend and why things ended, you don’t have to say all the details, but at least let him know what happened.

4. He wants to know your secrets

Maybe he can sense that you do not like talking about your past and he is interested in this information. So, it’s his way of making you talk. To get you to say something about your previous relationships, he wants you to know about his.

5. He wants you to up your game

I once had a friend who was dating a girl that showed no interest in his passion for basketball, she considered it boring. So, he casually brought up a discussion about how having his ex-girlfriend at a game had motivated him to play well.

After that discussion, his current girlfriend began to show more interest in his games because not only did she realize how significant her presence was to him, she got to know about some of the things that matter to him in a relationship.

This situation goes to show that sometimes, guys talk about their exes to make you jealous, so you can aim to be better than his ex. It’s not always the most mature thing to do, but I guess it gets the job sometimes.

6. He is happy to have you in his life

If you have been in a toxic relationship, then you may understand the relief that comes from being with someone who is the opposite of your ex in a good way, and this could be your boyfriend’s predicament. He likes and appreciates the things you do, and that is why he can’t stop talking about his past relationship, he’s comparing.

Now that you know how much love he had been missing out on with his ex, you should use this information as a source of motivation to put your best foot forward in the relationship.

7. He does not want to make the same mistakes

I understand too well that it is not fun to be held accountable for another person’s mistakes, but these things happen in many new relationships. You see, just like you, your boyfriend has experienced a failed relationship, and he believes that by discussing what happened, you will both pick up lessons.

He probably wants you to understand the way certain behaviors can affect your relationship with him. See this as a sign that he takes you and the relationship seriously and use it as an opportunity to learn about his deal breakers.

8. He is testing you

As part of a compatibility test, some guys will want to know how you react when jealous and one way to do so is by talking about a previous relationship.

If you notice he constantly talks about his ex to make you feel jealous, there is no need to feign emotions if it affects you. Instead, tell him how you feel, but if it doesn’t, you can say something simple like, “oh, I see,” that should be enough to pass the message about your apathetic stand.

9. He has unresolved issues

Here comes the most dreaded of all reasons, the possibility that your boyfriend talks about his past relationships because he is not over his ex. To many guys, closure is an integral part of ending any relationship. They do not want to leave any stone unturned or question unanswered, and until they do so, they may never find peace.

While this is a red flag, there is no need to cut him off immediately especially if you really like him. Instead, pay attention to how he speaks of her - is it with bitterness or regret? You can guide him on how to get closure but be careful not to come off as judgmental.

What does it mean if a guy tells you about his past relationships?

The fact that he has opened up about his past is a sign that he wants to let you in. In most cases, he does not want to keep secrets from you and needs you to know the important things that have contributed towards shaping him into the man that he is now.

What does it mean when a guy talks about his ex all the time?

This definitely points towards a negative end and should rightfully be treated as a red flag. It’s okay if his ex comes up in your discussions, but if she comes up way too often, then that’s a problem. It could mean that he really loved her and may even go back if given a chance.

Why does my boyfriend talk about his exes?

There is no definite reason as to why a guy makes references to his exes, however, by paying attention to his tone, what he says and his body language, you are bound to decipher his motive. Perhaps he has never experienced the kind of love he has with you, or he wants you to emulate some things his ex did and step up your game.

How do you tell if a guy is confused about his feelings for you?

If a guy is always talking about his ex, he may be confused about his feelings for you. Listen to what he says; is he always reminiscing the good times they had or worse, is he still in touch with her? If both answers are yes, then he is not ready to be in a relationship with you and may not even like you as much as he says he does.

How do you know a man is serious about you?

You can tell a man is serious about you from how intentional he is towards the things that affect you. He will not want your relationship to encounter the same mistakes you both faced in the past, so, he’ll want to be open with you and will most likely expect you to do the same.

I hope you enjoyed going through this list and understood some of the reasons why your man is still talking about previous romantic ties. It doesn’t always have to be a negative reason, he could be bringing it up innocently or trying to pass a message across.

I’d like to know what you think, feel free to leave a comment or two below, and if you know someone who will benefit from reading this, feel free to send their way.