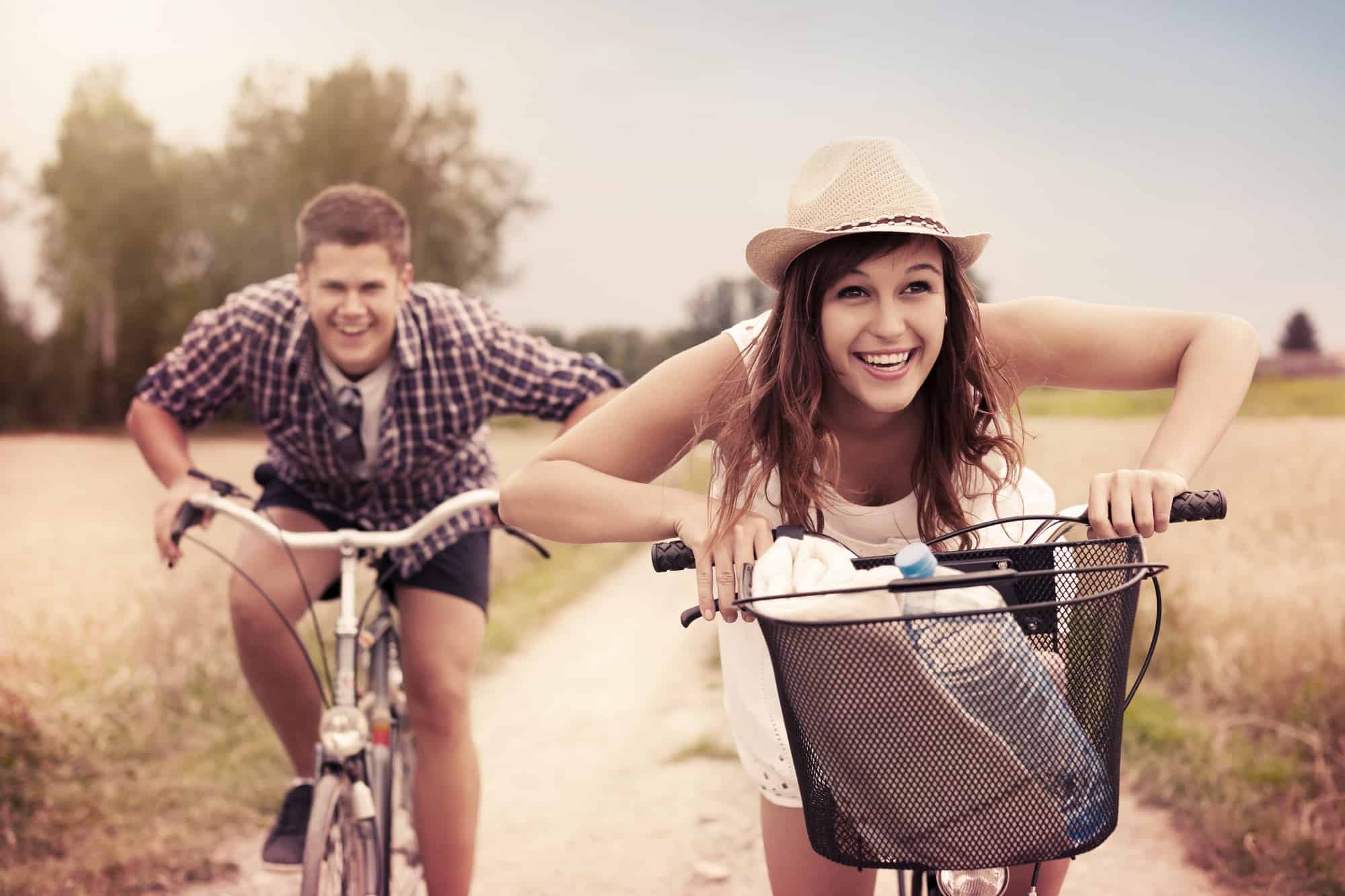 What Does Dating Mean To A Guy? (9 Little-Known Facts)

Men and women are so differently socialized, so much that we have different philosophies about the things that bind us together. One of those is dating. Although there is a theoretical dating definition, in practice, it means something different to everyone, more so a guy.

So, what does dating mean to a guy? The answer varies from guy to guy. I have met some guys who think of dating as a way to pass the evening, and some who see it as a mating dance, to convince a woman to have sex with them. Once you decide to glam up for a date, you have to accept that you are about to engage in an activity that might have a different interpretation to both of you.

Date Meaning To A Guy - A Few Tips

1. A Search For Intimacy

One of the harsh truths that many of us do not like to accept is that we, as people, are social creatures. We crave human interaction and emotional connection. While this denial cuts across both genders, I can tell you it is far more common among guys. A guy searching for intimacy in a partner will most likely keep that information to himself while he asks you on a date.

To a guy like this, dating is an opportunity to screen for mental and emotional compatibility, with the endgame possibly being a relationship. A guy like this is often very interested in who you are. So, if he pays a lot of attention to you, including those boring details, you might be dating someone looking for intimacy.

This is probably not news to you, but for a lot of guys, dating is just a means to sex. Their dating life is entirely a search for a sex partner. This is not objectively a bad thing, but often, they hide this goal behind getting to know you and contort themselves into the personality they believe will get them laid. Let’s be frank, chances are, you know someone like this.

Unfortunately, the smart ones know how to hide this motive behind a convincing smokescreen. But behaviors such as overly complimenting your physical appearance, plying you with alcohol and requesting for sleepovers are good signs. Of course, you might find a guy who is upfront with this motive, but sadly, they are in the minority.

As I said earlier, the meaning of dating varies from guy to guy. For example, for some guys dating can mean something deeper. They simply engage in the process because they want to have fun, specifically with the opposite sex. I cannot tell you the number of times I’ve heard a guy excitedly celebrate securing a date because it gives him something fun to do outside of his house at the end of the workday.

For a guy like this, dating is not about emotional connection or finding a life partner. They just want a pleasant distraction or relief from their daily life. Is it bad? No. Will they tell you? Probably not.

One other thing a date means for a guy is an avenue for the expansion of their social circle. Guys with this motive might be looking for friends, which I know, sounds strange, because they are labeled as hypersexual beings. But some prowl dating apps not in search of their next lay or romantic relationship, but for friendship. But, not all of them do so with good intentions.

A few of them engage in dating for networking purposes. They want to know someone who can boost their career because they see or think you are in an advantageous position. For another guy, he can be looking for a cash cow. An extra interest in your work, work connections, and financial status is usually a dead giveaway.

5. To Boost Their Social Value And Ego

To another guy, dating will mean building social currency and boosting their egos. Tales of male ego fragility are not breaking news anymore, and I can assure there are plenty of guys who approach women for a date simply to say they did and brag to their friends. A guy like this often has no interest in pursuing a relationship, because they only see you as a checklist.

6. They Want To Conform To Social Expectations

Some people have a nonexistent love life, and unless they are compelled, they have zero interest in changing this. This is true for men as it is for women. For someone like this, dating means a social activity they have to participate in to satisfy probing friends and family. In cases like this, two people might be dating, but only one person is interested in being part of it.

You might have a hard time identifying guys that feel like this about dating, especially when they are great at pretending. But when they are not, it is always super obvious.

7. To Make Another Woman Jealous

Sometimes, when a guy says he wants to get to know you, it might actually mean he wants to use you to make the girl he actually likes jealous. In instances like this, depending on how smitten he is with the other woman, he spends plenty of time talking or referring to her. You might also find the guy organizing dates and activities that involve this woman or is within her vicinity.

A guy like this usually doesn't mean what he says and certainly doesn't want a relationship with you. If you fail to pay attention to the signs, you might find yourself getting attached emotionally to someone pining for a relationship that is headed for doom.

8. They Enjoy And Prefer The Company Of Women

You have heard of women who say they enjoy being around men. Some men prefer the company of women. Some of them enter the dating world in search of this company. To someone like this, a date definition is not getting to know one another and, perhaps, establishing a relationship. For them, it means evenings and weeks of taking in your feminine vibe.

It is not a bad thing, but because people like this tend to disguise their intentions, it can be a waste of time for women who are looking for a relationship. One way to avoid falling into the trap of people like this is to establish friendly interaction before you start going on dates. By then, their real interest in you has often surfaced.

9. An Avenue For Self-Exploration And Improvement

What is a date for a self-obsessed man? It will likely mean nothing more than an avenue to dissect and measure himself against his personal goals. For someone like this, dating will mean more or less a social experiment, with you, the woman, as the unwitting control group. A guy like this uses you to collect information on his behavior and social habit, to improve them, or refine his disguises positively.

There are instances when the guy doesn’t use the feedback information for something sinister. To guys like this, using your opinion of them to improve their social interaction skills is the only thing that gives dating meaning. They might want a relationship, they might not, but you might find that being together is not the priority.

What Does Date Mean To A Guy?

As I mentioned earlier, there is no one size fits all for every guy. A guy might go on dates in search of a partner while another one just wants to get laid. It is always a roll of the dice. If you are lucky, you might get an answer only by asking them.

What Is The Difference Between Dating And Having A Boyfriend?

The defining difference is the expectation level. When you are dating, there is a lowered expectation of each other, and the purpose is primarily about determining if you like each other. A boyfriend has made that decision. Both of you are now in a committed relationship with responsibilities to each other.

Does Dating Mean Sleeping Together?

Yes, and No. While sexual chemistry is vital for a successful relationship and thus should happen at the dating stage, you don’t have to sleep with a guy if you don’t feel comfortable doing so. Understand that dating means learning about one another’s personality, and not necessarily each other’s private parts.

How Do You Know If A Guy You’re Dating Is Serious?

Intention. If I want something, it will show in my actions, even if they are not perfect. Watch out for the guy’s behavior, and you will know if they are looking for a relationship. A serious guy will be more intentional in his pursuit of you as a partner.

What Are The Stages Of Dating?

There are four stages to the dating process. The first, meeting, and attraction. The second stage is developed interest or infatuation. The third, personality insight through intimacy. Finally, commitment or break up. Depending on the individuals involved, you can go through each stage within a date, or over multiple dates. It all depends on how open you are to each other.

Dating will mean something different for every guy. Also, the self-interest that drives dating means it can be a waste of time. As a woman, to protect your emotional and physical wellbeing, you must learn these reasons and look out for the signs.

I hope you enjoyed reading this as much as I loved writing it. Sound off in the comments for your questions and opinions and remember to share the article.