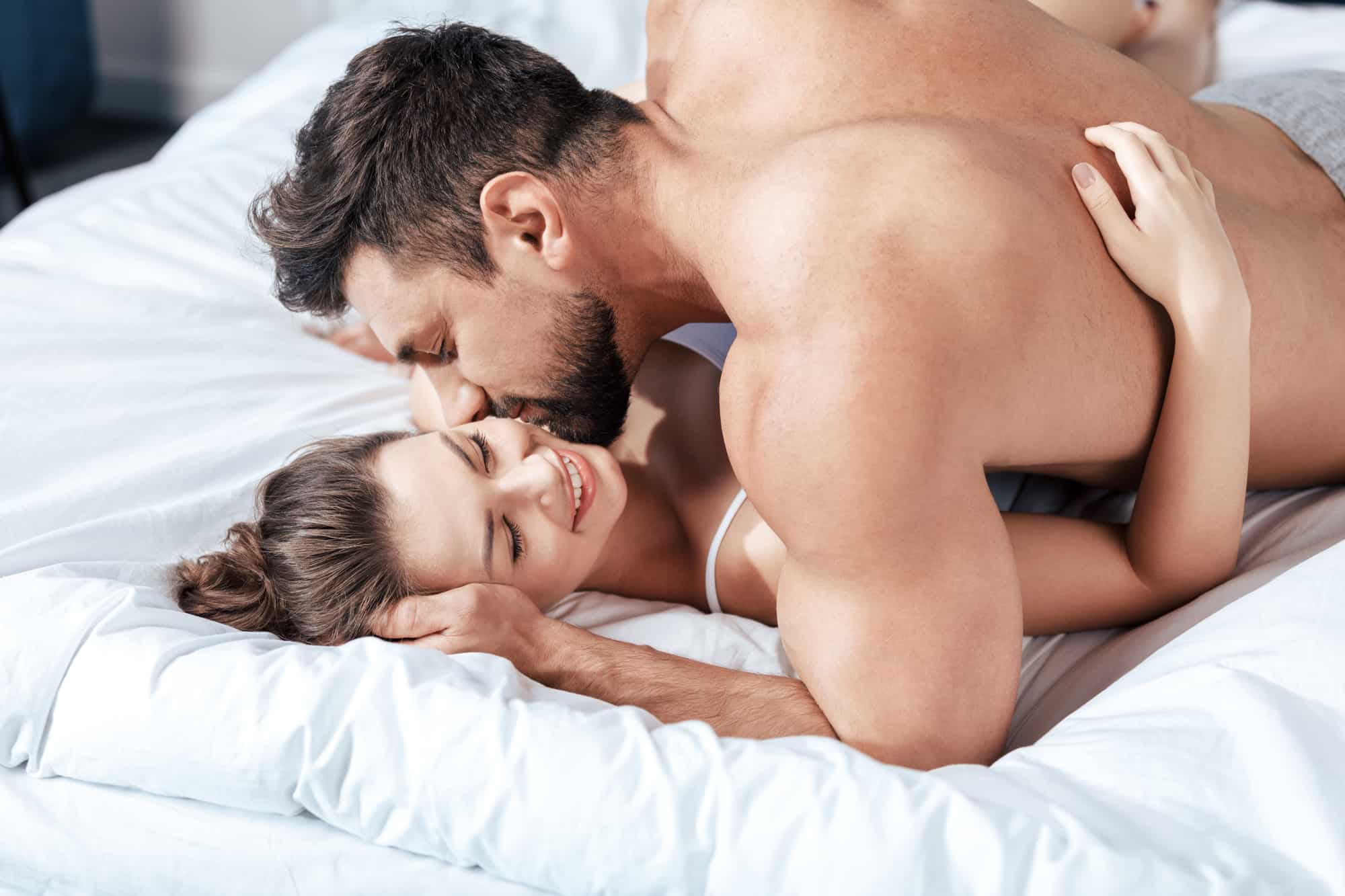 What Do Guys Think After You Sleep With Them? (5 Frequent Thoughts)

This is a rather kinky subject; I'm glad we’re going to get into it. If you’re honest to yourself, the reason you’d reconsider sleeping with someone is that you’re afraid of what he thought after the first time you had sex. You don't want to feel used, taken advantage of, and you want to know if you made the right choice, that's normal.

It hardly matters how long you wait or how many dates you go on, you're still going to wonder what's going through his mind. Most women think waiting a while gives you more time to figure out what his intentions are, and yours too, they are right. You need to know what you want out of a relationship, or you won't be able to tell if what he is thinking is right for you.

First-timers have a rather hard time with this, you've just lost your virginity; it's more emotional for you than it is for him. You're more curious about what he thinks the sex was like, how he sees you now, whether you made a huge mistake, or if he is the one. Well, I can't say for sure what decisions he would make afterward, but I do know a couple of thoughts that would cross his mind after sex, keep reading.

5 Possible Things On His Mind After Sex

It's no news; men love sex! I mean, so do women, but men wear this fact on their sleeve almost all the time. Sex in itself is a beautiful thing except for the messy emotions that come with it sometimes. You probably never realized it, but these guys also wonder what's going through your head, stop feeling like you're the only one in this, you both got down and dirty here.

After sex, he's rather excited and surprised at the same time so much that he starts rating the sexual performance before you. The way to bruise a man's ego is to say that he's not good in bed. This guy is thinking about his performance, calculating how many things he did right, and revisiting your reactions to them.

I bet if you take a peek in his brain, you would see questions like, “did she enjoy that ?” ”was that orgasm real?” of course, a more sexually confident man would have his head filled with affirmations.

One of the significant things that cross a man's mind after you have sex with him how amazing the experience was. They think of how good it was, what trick they pulled out, and how much they blew you away.

Sex is strenuous; you get tired and hungry afterward, so maybe while you’re all up in your head wondering what he is thinking about and fretting, all there is in his head is food. Most men think about the next meal they are going to eat immediately after sex, choosing between a good burger and chicken wings may be all the activity going on in his mind.

If you think about it, you do get hungry too, apart from craving food, you might just want to rest as well. There's a good chance nothing is in that man's head right after, and he just wants to relax because he's exhausted too.

It's best just to relax because overthinking could complicate the situation for both of you. Imagine asking a tired, sleepy person, “what are we now?”  he's not going to give you something good, he probably hasn't even thought of it yet, so his reaction would most likely be ”how did you get there?”

It’s important to realize that relationships are not built overnight, the fact that both of you had sex doesn’t mean he’s thinking of starting a relationship with you. That’s why it’s important to get to know a guy first, before getting under the sheets with him, except if you just want something casual as well.

Men know how much sex means to a woman, especially if this is her first time, a thoughtful man would think about you, how you feel, and, most likely, what is going on in your head too. This type of man would ask if you're comfortable or if there's anything you want at the time, you would see he's genuinely concerned.

That's a man who has thought or is thinking about the future of your relationship with him; he's aware that having had sex with you, things maybe become a little awkward or more intense depending on how you react. What comes as a surprise to men is a woman who just wants to have sex with no other attachments.

More often than not, women are already attached to who they sleep with or plan to be. Especially a lady who just lost her virginity, there's a sentimental attachment to that man. If he is aware, he will think about her and respect her feelings.

The guy might also be reminiscing the whole sexual experiencing, thinking about all the moves you made, and how amazing you looked doing some things to him, if this is the case, then you really made an impression.

I just want to put it out there that you determine if your decision was worth it, irrespective of whether he thinks so or not.

I know, it's a little weird, but they do it too, after doing the deed, men think about the guys you've been with and hope they were better. They begin to compare moves and rate themselves in their head. He may even ask you a couple of questions after sex just to affirm the notions in his head.

A lot of men are not aware that the best sex comes from a deeper emotional connection, not just tactics. Yes, he could do everything under the sun during sex, do them well and still not be the best you've been with. They don't understand that and often miss the point of everything, but that's hardly your problem.

If he had a perfect time with you, he's having happy thoughts in his head afterward, probably going over everything in his head and hoping it makes you happy when you do it too. Again, this guy may be thinking of your past relationships and sexual escapades, but that doesn’t mean he wants to start one with you, that’s a totally different conversation you’d probably want to have before getting in bed with him.

Even before you get to this point, he has probably been here and back in a split second. It happens with a guy who is really into you, or the one who's sex life has just flipped for the better. Up in his head, he's thinking about moves to make, so you both get down again because he enjoyed it a lot.

The thing is you might not be so sure if he wants this again as a hookup, friendship, or a serious relationship. It's something you have to ask him about in clear terms to be sure, instead of overthinking what he thinks after you sleep with him; there's no room for assumptions here. Try not to start that conversation with ”what are we now,” they feel attacked.

Hopefully, after sleeping with you the first time, he’s thinking of ‘next time,’ it's a good place to start, and it's better than regret or resentment.

How long should you wait to sleep with a guy?

It's safe to get to know a person before sleeping with them, if not for any reason, just so you're sure about their health and lifestyle. People usually wait to get into relationships before exploring sexual intimacy, it could take days, weeks, months, even a year to get to know this guy, take your time until you don't feel like you should anymore.

Do guys get attached after hooking up?

I'm sure I mentioned that guys love sex, so yes, they can get attached to someone who makes them feel ecstatic about it. It's often more intense if the man had feelings for you before the sexual performance. However, sexual activity could also be the reason his feelings for you are ignited, whichever way you look at it from, it's possible.

What to do if you slept with him too soon?

One thing is for sure; you can't take it back, instead of spending your time beating yourself up about something you can't change, accept it. Accepting it is the first step to moving on from it.

To be honest, you're the only one who determines whether it was too soon or not. If he reacted in a way you don't like, back off for a while.

Do guys get attached after kissing?

It could happen that he is already into you and finds you extremely sexually attractive, and the kiss ignited a fire in him. A kiss is something sensual, a couple would usually kiss first before they even start dating, it’s the kiss that keeps them wanting more, and craving and even deeper connection with you.

How many dates before you sleep together?

You decide when you want to let your cookie out of the jar, and if you both feel like it after the first date or the fifteenth, that's great still. It’s important not to feel any pressure though, take your time to get to know him better; his physical health, mental health, or even his behavior as well, so you don’t end up sleeping with someone with a nasty infection or an obsessive attitude.

I'm glad we let that cat out the bag, men also have a lot going through their head after sex. Let me know what you think about the article in the comments, and please share the article as well.