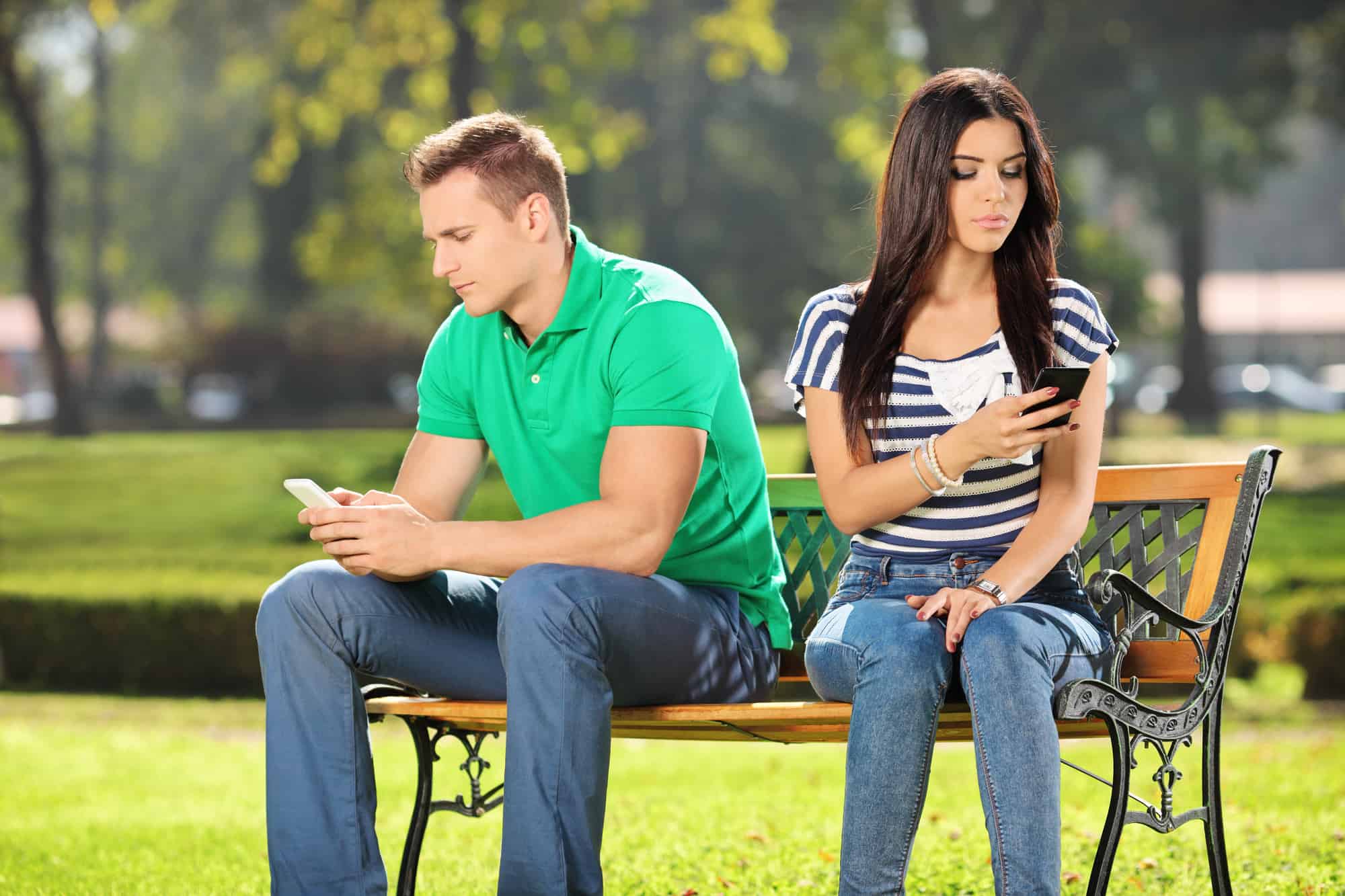 Are You In A Situationship? (10 Worrying Signs)

Nowadays, you don’t have to stress yourself to woo or to be wooed by a new partner. Dating apps like Facebook, Tinder, Bumble are there to help you out. You just have to type in your specs, and you will be given different options to select. Clearly, this is the reason many people have lost interest in having a committed relationship.

Dating these days has so many ambiguous phrases like ghosting, breadcrumbing, textlationship, benching, you name it. Lately, I came across a new one, called situationship. It’s basically a relationship where people date with no sense of commitment, or reliability.

Nevertheless, If you find yourself unclear about the status of your relationship, then you’re gradually entering into situationships, but it’s okay, don’t beat yourself up! If you’re still confused, I will help you identify some of these signs, so you know if you’re in a situationship or an actual relationship.

How Do You Identify If You Are In A Situationship

1. You Don’t Bring Up Discussions About The Past Or Future

How do you know when people are serious about a relationship? That's easy; when both of them come together to analyze their future, make plans, and share expectations. Also, they will talk about their past, especially if it's something that will create problems in the future.

Even if you don’t want to rush things, seem desperate, or you're scared it will stop the fun, not discussing it is worse because you are putting yourself in a place of uncertainty, so do the right thing, and talk about your future.

2. You Fake Being In A Committed Relationship

If you can’t tell your friends or family members that you’re dating, then what’s it that you’re doing? I believe you don't have definite answers to this question, that’s why you’re hiding it from everyone, and all cold.

Maybe, both of you had an agreement not to talk about the relationship with others. But you should know, people that care about you will find out. I understand why you don't want people to see you as a couple because eyebrows will be raised, and your friends will start being inquisitive, all the same, there's nothing to hide if you're for real.

3. Feelings And Emotions Are Suppressed

You know it's real when you don’t have to act all cool and tough, to avoid coming off as clingy. But if you can’t express yourselves as a couple when you’re with others, then you’re in a hoax; situationship.

You shouldn't be doing this to yourself; you have to express your feelings and emotions, not the other way round. More so, if you really want to be loved, the other person in a situationship will likely not offer you that.

Certainly, I won’t advise you to continue to do this just because you think the other person could feel the way you feel someday. The truth is that it could never happen. Get yourself together and move on, before, you gradually lose confidence in yourself and humanity.

4. You've Not Met Up With Their Family And Friends

There’s this enthusiasm seen in two people that are in love. As such, they can't wait to make their new partner meet everyone in their life. The truth is, if the person you are seeing is notorious for having not-so-serious relationships, it is very likely he will not want to show off to friends and family as someone they have any long-term plans with. It might even turn to a gamble, between both of you, and nobody will want to push for something that may ruin their 'spur of the moment' type relationship.

5. Relationship With No Label

Just because you’re doing things as a real couple do, like spending time together, cuddling each other, watching NetFlix together, doesn’t change the fact you still need to define your relationship.

Moreover, until a decision is made by you and the other person you are seeing, to go down the path of commitment and work out a modality to go public, it's all fake. You need to give the relationship a face or you'll still be in a situationship.

6. You’re Still Single Even When You Have A Partner

Situationships do not give you the opportunity to flaunt each other, because it’s a secret and you must keep it that way. So, in the eyes of friends and family, you’re a free bird, they may even offer to fix you up with another person. That's because they do not know you’re engaged in some form of an ambiguous relationship with another.

You may feel great around them since you share a lot in common, have a similar sense of humor, and even know how to get to each other. But without security, such relationships will always be empty and lonely, when you're not in the company of the other person.

Since there’s no plan to work with that ‘someone’ you are with (I say someone because you’re relationship is not yet defined), there will be no consistency in how you will see or talk to each other.

That’s the reality of ambiguous relationships as this one. Some days may be rosy, and you get to have a lot of fun together. But sometimes, they may disappear (ghosting) for days or months without any warning or explanation. Then guess what? Boom, they reappear, and everything will flow again as if nothing happened.

However, the ghosting and reappearance of situationships as this one, should tell you that there's nothing serious going on; you're just wasting your time and energy on nothing. It's high time you move on and fix your life.

8. Your Intuition Is Telling You Something But You’re Not Listening

We all trust our gut instinct at some point in our lives to avoid both unhealthy relationships and situationships. The thing is that it always works, it will guide you to what is truly best for you. Also, your intuition is your understanding of something because the feeling is personal. So, you don’t have to think it over or try to ignore it, and only you can feel it and decide to make the call. However, the moment you start wondering whether you’re in situationship, then you’re in a situationship.

There’s no doubt that when in a situationship, great sex you’re having with him is what is making you not think through what you’re doing with that person. Both the crazy sex, and the opportunity to explore and try new things without developing feelings whatsoever makes you want to throw caution to the wind.

However, it could be fun and exciting with someone like him, but with time, relationships such as this tend to fizzle out because it's baseless. At some point, one person may want more than just sex, and things will start becoming complicated.

Either way, if you're feeling as if you're being used, or you're uncomfortable about how things are playing out, then take a break (if you want to). But understand that it will be very difficult to quit because you've started attaching emotions.

It’s okay if, when you get the first date with the person, questions such as ‘How are you?’ are answered with ‘okay’ or ‘fine’. But if after three to six months, you’re still receiving such cold replies, and there's no change, then that’s what we call situationships.

At the initial stage of any relationship, intimate information is not always shared, and we understand that perfectly. But as time goes on, things should start opening-up, but if they're not willing to share those details with you, it means, they don't see you as their partner.

How Do You Know If You’re In A Situationship?

It’s not a mystery to unravel, in short, anytime you feel your place in a relationship is not marked out. Or you don’t want to sound desperate or out of line, by asking simple questions such as “What are we?”, then just know you’re dealing with a Situationship. You don’t need to be told.

Can You Cheat In A Situationship?

Can a thief steal from an empty room? Of course, no, likewise cheating in situationships. The relationship is just a hoax, so, even if you choose to cheat, nobody cares? Though sometimes, there’s always a selfish clause added to it, to keep you in chains, don’t let anyone fool you.

What Does Situationship Mean In Urban Dictionary?

Urban Dictionary explains situationships as “a relationship that has no label on, it is friendship but more than a friendship, but not quite a relationship”.

It’s like faking to be rich when in real life you’re stinking poor, it doesn't make any sense, why stress yourself trying to be what you're not?

How Do You Do A Situationship Relationship?

In a nutshell, it’s by not asking questions related to the future or past, just have fun while it comes. The off-the-cuff meetings, quickies, is all you need until things go south. But, if you think you want more, don’t go for it, if you think otherwise, then ride on.

What Is A Pseudo Boyfriend?

The word “pseudo” there, should even ring a bell, to tell you it’s not a real thing. It might look pukka, but looking deeper, it’s nothing.

The excuse people give for this is mostly self-centered. It could be that their relationship has been on the rocks, and they’re looking for where to salvage themselves.

Make sure you drop some comments in the box below if you want, let’s read your take on this. Also, get this article out by sharing it with friends and family.