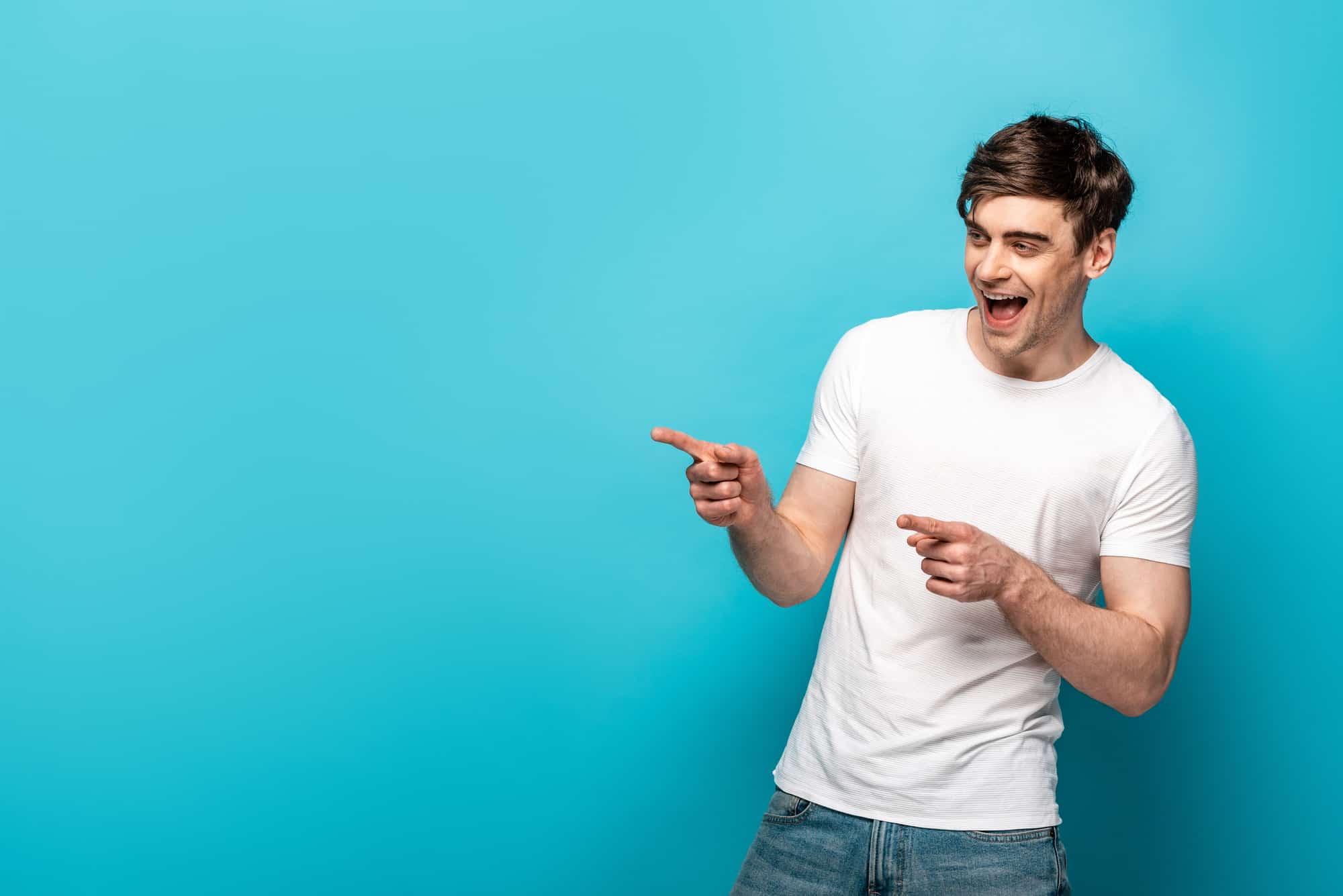 It’s normal to worry if your boyfriend is the type of man that would cheat on you. Maybe things are going well because he is a good man, ever thought about that? No doubt, you’re human, so it would naturally cross your mind. Reassurance in a relationship is necessary, you want to remind yourself that this person is riding with you no matter what, they are there and wouldn’t intentionally do anything to hurt you.

Sometimes we women overthink the situation, we do it so often we don’t even realize when we’re at it again. I’ve written out a few pointers he’s not cheating on you, and indicators that everything is in fact fine.

Maybe you are here in search of red flags you may have missed or do not want to miss before getting into a relationship. Nobody wants to deal with a cheater, noticing the warning signs early would help. Go through the signs below carefully, there’s a low chance he has a cheating behavior if he acts as follows.

There’s a fair amount of peace that comes with dating a truly worthy man. If he’s always at where he says he would be, and almost all his stories check out; you know you’ve got yourself a solid one. More so, it’s not easy to find a trustworthy man or woman so if your partner is one, treasure him.

Trustworthy people are probably the kind to take an affair with them to the grave, or he may be so good at lying, you can’t tell if he is a keeper. The chances are slim, so, don’t beat yourself up about it. Rather, pay attention to what other people say about him and how he lives his own life; is it suspicious? If it isn’t, don’t worry your head too much. Talking to him would help as this kind of man won’t mind such a conversation.

2. He is not selfish

Cheating is a selfish act and you can tell someone who’s inherently selfish is prone to doing such a thing. Other than being unfaithful, is there anything he does that feels like he was just thinking of himself and personal interests? That’s a sign you should look at for before a relationship and whilst you’re in it. If you are dating a man who doesn’t know how to be selfish with you or hardly ever does things without putting your relationship first, that’s a keeper.

Infidelity would not be at the top of his list - trust me. If he’s caring and unselfish, then he’s probably not one to sabotage a perfect relationship. He’s prone to sacrificing for you because that’s the opposite of being a selfish person. When you meet a guy for the first time and he displays selfishness, talks only about his interests and ignores your, that’s a red flag

He may not even have the time to be with someone other than you, especially if he’s working. Thing is, a man who is occupied with a lot of responsibilities wouldn’t want to add infidelity to it, trust me, it’s stressful to maintain one relationship, talk less of two. You know where he is almost every time, what he is up to, and with whom; his life is probably too preoccupied to add on any other sneaky activities.

Most of his free time is spent with you when he’s not at home, where could he possibly squeeze in any affairs? It’s not possible unless he’s emotionally cheating on you. Sleeping with someone else would be a luxury he can’t afford even if he desired it, considering his workload that is. Except you don’t believe he’s as busy as he says he is; if what he shows is true, this man would hardly have the time to cheat on you.

You can lay back knowing it’s not gonna be top on the list of things he would do to hurt you or the sort of mistake he would make. Patterns have a way of repeating themselves - binge on that darling.

Now, why would you go looking for what isn’t there? He’s not doing anything to make you feel like he’s having an affair? So don’t make life already more complicated than it already is, if your partner hasn’t given you one reason to think he’s being unfaithful, he probably isn’t. There’s no need asking “Is my boyfriend cheating?” When things are cool.

Girl, if there’s nothing strange in your relationship there’s no need to get creepy and check his browser history or call log. If he’s doing the same thing he always does and looks happy doing them, it doesn’t mean he’s got something up his sleeves. You could poke something you shouldn’t and drive him away.

People don’t like to be questioned about their fidelity especially if they’re not doing anything to warrant it, so just take deep breaths and enjoy the good man you’re blessed with.

Your sex life is still at its peak, he’s still very interested in going down with you. He doesn’t have that much libido to go round now, does he? If you and your boyfriend aren’t having sexual issues then there’s no reason to have mood swings over nothing. A change in your sex pattern is a huge sign that your boyfriend is either stressed, taking on more work, or being unfaithful.

If things seem to be going on smoothly in the relationship, don’t go raising a false alarm. You might not be able to get back from that. I don’t think any sane person would want more if they have healthy sex with their significant other often. I mean they’re individuals who would cheat for the heck of it but a healthy sex life between you too is a good indicator that everything is fine.

How do you know if he’s cheating?

Things begin to feel really different when your partner cheats on you. His attitude towards you is a good place to start, it would definitely not be written on his face and he may not tell it to you. There’s a chance he won’t change but is he hiding something? Taking more phone calls outside than usual? Spending more time away from you? Unless you have proof or he admits it, all you have are mere speculations.

How do you know if he’s cheating on a long-distance relationship?

First, they’re many loopholes in a long-distance relationship. Starting from your communication pattern, if it has suddenly changed, he’s not taking calls at the hours he would normally talk to you, then there’s a problem. He may not necessarily be having an affair though, it’s hard to tell, he would only show you what he wants you to see because you’re not there with him.

You just kind of have to trust that he isn’t, for your sanity, and when you can’t take it anymore, maybe end things. Unless he tells you or someone else does, you can’t be sure since you are cities or even countries apart.

How do I know if my husband is cheating remorse?

He would take full responsibility for his actions that’s for sure, and he would be understanding throughout your healing process because you do have to heal from it if you plan on getting back together. Complete honesty goes a long way to show remorse too, he would tell you everything you need to know, no secrets. It would probably be the most humbling moment you’ve seen him in, he would do anything to move forward.

I mean it depends on the kind of relationship you have with your partner, some people think flirting with another person is sexy as long as you don’t go beyond certain stages. It’s more like an in-house rule few couples agree on. If you feel insecure about your partner flirting with someone else or you think they can’t control their limits, set your in-house rules too. You can put flirting in the cheat basket if both of you agree.

How can you tell if somebody is guilty of cheating?

When you have evidence to support your claims, or their body language shows guilt when confronted, that could be a sign of guilt. Like I said earlier, the rest are mere speculations that the person is unfaithful to you. Some women say they have gut feelings about these things, maybe you do too.

I hope you enjoyed this article, the signs above should help you be more certain your partner isn’t cheating on you. Let me know your thoughts in the comment box below and don’t forget to share this article, please.

You May Also Like
He Left Me For Another Woman (9 Ways To Move Past The Pain)
3 Comments
I Caught My Boyfriend Texting Another Girl What Should I Do? (12 Things To Do Without Over-reacting)
No Comments
Is He Seeing Someone Else (5 Undeniable Signs)
1 Comment