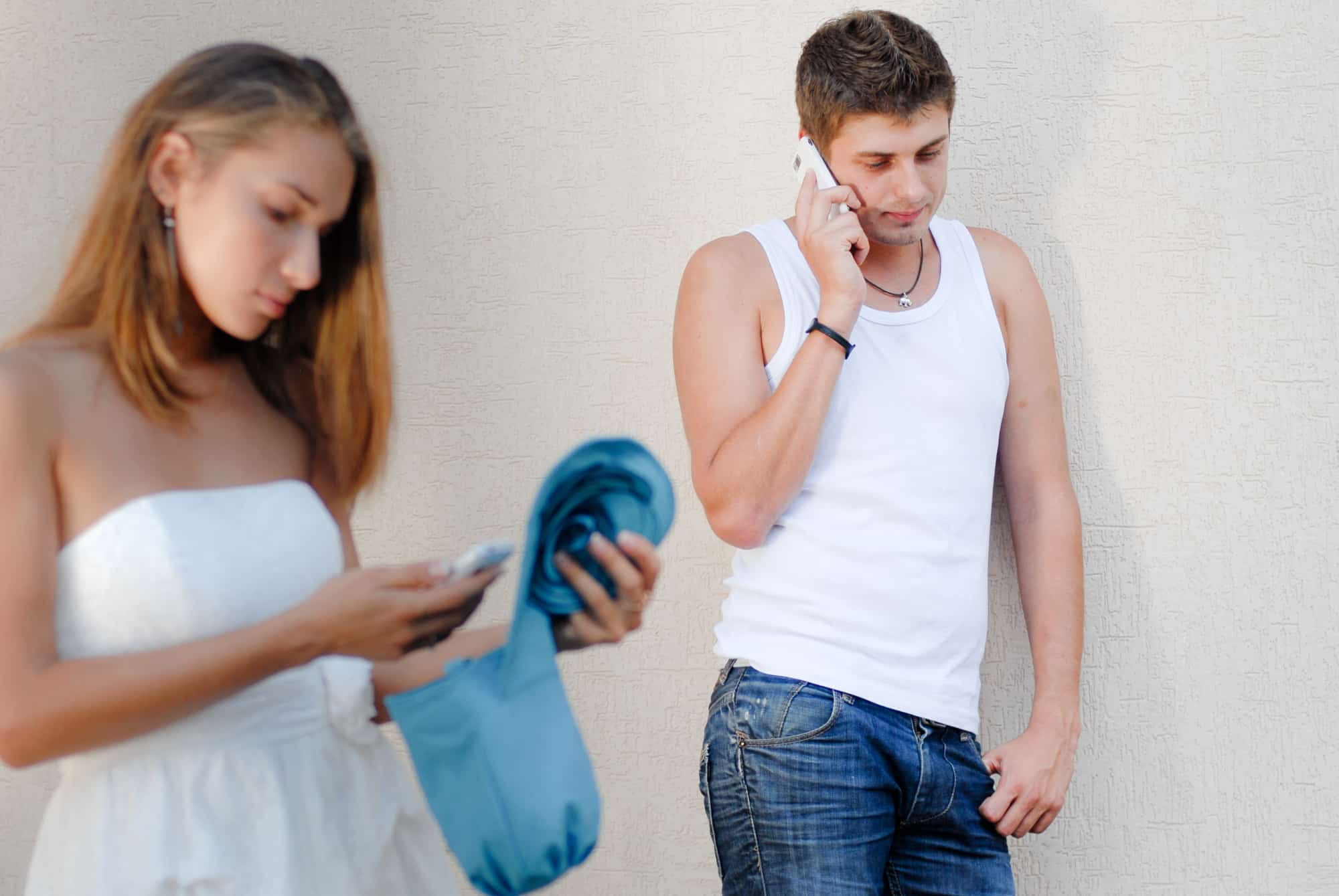 Signs He Won't Leave His Wife For You (11 Signs)

Being with a married man can be quite complicated; should you fall for him? Should you not? Is he going to leave his wife for you?

Unless you crack his head open to take a look, there's really no way to be sure. But there are signs that he's ready to leave his wife for another woman.

So, if you are counting on the fact that he’ll leave his wife, then there are a few things to look out for. In the same vein, you’ll know when he is not going to budge. Let’s say you’ve been toying with the idea of making your relationship official for too long; it’s time to really consider if he wants to leave his wife.

Here are some signs that are a good giveaway.

1. He can’t stop talking about his family

If you happen to be with a married man that keeps yapping on about his family, then it's unlikely that he’ll leave his wife. There is a long list of things he could be talking to you about, especially when the relationship is new. But if always on about his wife and kids, here is some relationship advice you should cherish… he’s not going to leave his wife for you. So, even though things seem peachy, this is one sign to look out for.

This is a common issue when it comes to dating a married man; most times he’s just there for the ‘benefits’. In this case, if he leaves his wife, then it’s because he’s ready to turn a new leaf and not because of you. The truth of the matter is that if he wants you in his life, it’s not meant to be all about sex.

So, if you have never had a wholesome conversation about anything besides how banging your body is, it is probably time to accept the bitter truth.

This one, in particular, is not a good sign, especially if you are holding on to the hope that he will eventually leave his wife. Take his word for it once he tells you that wife number two is not part of his life plans. He’s probably looking for another woman just to scratch some itch he can’t get scratched at home.

In this case, you don’t need to read in between the lines, because what he’s telling you is the actual truth.

When you are dating a married man, the last thing you want to remember is that he’s married. Even people who aren’t in it for a serious relationship don’t want a constant reminder. So, if he’s often out on date nights with his wife, or attending family gatherings, then he is going to stay a family man for quite some time.

On the flip side, does he make an effort to spend quality time with you? If the answer is that question is ‘no’, you already have your answer.

5. You are never out in public together

It’s not truly a relationship if you’re always holed up in a hotel room. Lovers often go on dates together, take in sights, and engage in other activities that take them beyond a doorpost. If you’ve landed yourself a man that refuses to do any of those things, best believe you are only useful for a season.

Even if it's just for a roll in the sheets, it's particularly disheartening when a man you care about cancels on plans. Let’s say it's a one-time thing, that’s totally fine. But when it becomes a frequent habit, then there is a problem somewhere. If he can’t meet up for a simple engagement, then how is he going to commit to you on a deep level.

Let’s presume he’s actually told you that he is ready to leave his significant other. That means you’ve discussed the reasons why at some point. Oh, you haven’t had the talk? That is a strong indicator that it's never going to happen. If he’s constantly beating about the bush on the matter, then you’re never going to progress as a couple.

Altogether, a guy who cannot tell you why he even wants to step out on his partner is probably going to be uncertain about you too.

8. He has nothing good to say about his wife

There’s a thin line between love and hate, that’s a cliche line you’ve probably heard a million times. But it's true; if he’s continuously yapping on about what a witch his partner is, then he may not be over her just yet. Confusing? Yes, it is, because you could very well assume that he’s trash-talking. After all, he truly dislikes her.

The key here is to check the frequency of these conversations; if her name pops up too many times, then you should be mapping your escape route.

9. He is the king of excuses

A guy who keeps dishing out the excuses when you ask time-sensitive questions is definitely not in it for the long haul. People like this always have a skillfully arranged excuse to offer up when the need arises.

So, whether you ask him when he’s finally going to get a divorce or if you are officially a couple, best believe there’s always a reason to pick up the conversation the next day. If you find yourself in this loophole, flee for the hills.

There are a few lines that most mistresses can attest to hearing in their lifetime. A major go-to is, ‘I’m so unhappy in my marriage’. So, if he drops that line, it's a sure indicator that he is taking you for a ride. Another favorite is, ‘I’m waiting for the right time’. Once that line enters the conversation, best believe he is never leaving his family.

Then there’s the ‘I don’t know how it will affect the kids’ line, well, of course, he needs to be concerned about his kids. But, he will continually bring them up as an excuse for why he cannot end his marriage.

11. You are not in his future plans

Even if this sign popped up in your dealings with a single man, it would still constitute a serious red flag. More so, with a married fellow, you need to be careful. He is already living his future, with a missus and some kids in the picture.

So, if he never includes you in the equation when he’s talking about his plans, it is because he does not see you there. In that case, you need to get your priorities straight and drop him like a bad habit.

How do you know if a man will leave his wife?

It doesn’t always happen, but when it does, there are clear indicators. For one, he will not be ashamed or hide when you’re in public with each other. Even more, he’ll often feel like talking to you about intimate parts of his life, e.g., his finances. To top it all off, if he constantly picks you over his wife, then he’s a goner.

How do you tell if a man is unhappy in his marriage?

If a man is stuck in a toxic marriage, it's pretty much going to show. Here are a few tell-tale signs that he’s fed up with his relationship. His sex life with his wife is in shambles, every single thing leads to an argument, and he actually has fantasies about divorce.

How do you get a man to leave his wife for you?

A lot of people wonder whether it’s possible to get a married man to leave his wife, well it is, and the main way to do this is to make him like you. Married men are more likely to leave their wives if they have feelings for someone else. It’s not guaranteed, but if you like each other, it's a lot more likely that he’ll budge.

How long should you wait for your boyfriend to get divorced?

There is really no set time to wait for your boyfriend to get divorced, it depends on individual preferences and thresholds.

What does a man want from his wife?

Although people are different, there is a baseline when it comes to what married men want from their wives. They want a relationship with someone who’s understanding, trusts in their abilities, supports their dreams, and is both a friend, as well as a lover.

The harsh truth is that if he was going to do it, he would have left his wife by now. Also, the fact that you have to read this means he is probably never going to leave. Sure, there are instances where a man takes the plunge, but if he exhibits any one of the above, that man is not yours. Hopefully, this article gave you a much-needed nudge, in that case, feel free to share this article and drop a comment below sharing your opinion/experience.