Getting to know someone can be pretty challenging. Sometimes you feel like you’re activating my non-existent superpower - which is, of course, reading minds.

You see, that’s the only time you really get to know what people are thinking. In this day and time, knowing what a guy wants would save you a lot of time, emotions, and tears.

Have you ever dated a guy you thought was the most thoughtful, romantic, and caring man; just to find out he was smoothing his way into your pants?

Sometimes, it’s not even the fact that he wanted to have sex that’s annoying. It’s the manipulation and the lying that’s just outrageous. So how do you outsmart guys that just want to hit it and pass?

We’ve all asked this question, “how do I know if he’s just trying to get into my pants?” It’s not like you're a fortune-teller or anything, so you don’t know what this guy is up to. Here’s something to console you, these guys may think they are smart, but you can be even smarter if you know a thing or two about their childish games.

19 Ways To Know If He Just Wants Sex

1. Sex on the first date

This might not be that of a big deal for many modern women but it’s not exactly the best step to take if you’re looking to have a long-lasting relationship with this guy.

So if you’re in it for the long haul and not a one night stand, you won’t encourage a guy who’s being too touchy on the first date. You both should get to know each other first before getting more intimate.

2. He only compliments your good looks

It sure does your ego good to hear praises about how physically attractive you are but that’s not all there is to you. If he doesn’t compliment how intelligent, strong, talented, caring, or sweet you are, it’s probably because that’s all he notices.

Watch out for signs like him leering at your boobs or ass most of the time. You deserve respect from a guy you’re dating even if your looks are a great turn on for him.

3. He puts on a regular disappearing act

He acts like a magician who shows up when he wants to get your body exactly where he needs it,  then poof, he is gone right after he is done. You don’t see or hear anything from him until the next time he needs to scratch the itch down there.

When a guy likes you, he will keep in touch even when there’s no sex involved. Watch out for one of the biggest signs of a relationship that won’t last; lack of communication, and let the guy go before he messes things up for you.

4. He stops being romantic after he gets you to say yes

It’s normal if a guy slows down the big efforts after you say yes to dating him but a guy who likes you won’t stop doing sweet things for you.

A guy who stops doing nice things for you altogether because he already got what he wanted is not someone you will be happy in a relationship with. It gets worse when you’re the one putting in all the effort to make the relationship seem more than a sexual one.

5. He often cancels dates on a whim

A guy who likes you very much will make love to you; you’ll feel the passion, the love, and the effort on his side to please you. A selfish one without any care for you will seek only his own pleasure. If you both haven’t slept together yet, you’ll notice how he talks about what he likes in bed. He’s probably already picturing all the fun he’ll have before he bails.

7. He acts closed off

Most guys are not generally talkative and so if your guy doesn’t engage in long conversations that might not mean anything bad. However, he should still hold some conversations with you no matter how short. It’s a bad sign if all he says to you is “hello, want to come over", and “bye babe, that was good". You definitely should jump ship if that’s something he does way too often.

8. His lady friends are too many to count

Your guy having a female friend might not be a big deal, but when they start becoming too many, you should be concerned. If he refuses to cut ties with them, especially if they still bother him, it’s a sign he doesn’t like you as much as you thought.

9. He doesn’t set any plan that involves you

His dates with you are always rushed, sex with you is always hasty and you don’t come up in any of his previously set plans. It’s almost like you’re always the last-minute addition. This is one of the biggest signs that he just wants to get in your pants and nothing more.

10. You aren’t friends on social media

You may say it’s no big deal, or I get to see him, but do you know what he does online? Does he still have a Tinder account? Does he declare himself single or in a relationship on Facebook?

You’re not supposed to stalk him but you should at least know he’s as invested in you as you are in him. You won’t know all that much if you’re not friends on any social media platforms.

If you are being totally honest and transparent in a relationship with a guy, it would hurt to discover he isn’t being just as open with you. A guy who just wants to get into your pants won’t consider lying to you a bad thing because he knows things won’t go farther than meaningless sex.

Your instinct has saved you many times, now is not the time to turn it off just because the guy you are dating is hot in the sack. If you feel that he will rob you of something important, chances are that he would do exactly that. Trust your gut feeling and get to the bottom of why you feel that way.

13. His phone is off-limits

Privacy is sacred, even in a relationship. However, when you’re into a guy who should be into you too, either of you should be able to handle each other’s phones sometimes. If he rushes to snatch his phone from you when he has a call, or point-blank tells you not to touch his phone, that’s a very big bad sign you’re all sex on legs to him.

14. He only hangs out with you indoors

Why won’t he hang out with you anywhere else but your house or his? Could it be he has someone else and doesn’t want to be exposed?  You can ask him and hear if his answer is legitimate but it’s not a good sign. A guy that likes you will want to show you off, even though he isn’t much of an outdoors person, he’ll want to at least  ‘hang out’ sometimes.

15. You know he is hiding something from you

Does he change the topic whenever you ask him a specific question? Does he have a drawer he locks and doesn’t allow you to have access to? When you ask him does he give you vague replies?  He might have a secret you won’t like. The secret might not be anything life-changing but if he wants more than sex with you, he will let you in a bit more.

17. His friends are ghosts to you

A guy with no long-term intentions will definitely not introduce his friends or family members to you. If he does introduce you to anyone, it will be his drink buddies or people who don’t know much about him. More so, if you know he has other friends he cares about but never introduces you to them, that’s a big foul against him.

Yes, he may be the busy type but no one is too busy to call someone they care about or love -  even if it’s for just a minute. If he doesn’t call you, he probably won’t pick your calls all that much either. It might be a sign that he doesn’t like you beyond sex or he has something to hide.

19. He has commitment phobia

Guys are generally known to be commitment-shy but when they meet someone they really like, they make efforts to be committed. A guy who doesn’t make you feel like you will be a part of his tomorrow is a guy you shouldn’t waste your time with. If you ask him what his plans for you are and he has no straight answer, you should forget about him.

How do you know if a guy just wants to get in your pants?

You might be wondering ‘how would a guy who just wants to get in my pants act?’ He wouldn’t keep in touch as a good boyfriend should. Most times, he would call you only when he wants to have sex and won’t create time for anything more.

How do you know if a guy just wants you sexually?

A guy who just wants you sexually will do all he can to get into your pants. He will sweet talk you into having sex with him by getting to know your favorite things and get them for you. After he gets in your pants, he will stop doing all those nice things.

Will guys say anything to get in your pants?

Some guys will say anything they can to get to third base with you. They will lie and be who they aren’t because they see you as a chase. If you fall for their tricks, they will enjoy the chase, get the sex, and still dump you.

Why do guys always try to get in my pants?

First off, there’s nothing wrong with you and you’re amazing. It could be they find you really attractive and it’s normal for guys to want to have sex with an attractive woman. Secondly,  it could be that you exude sexual confidence and that’s okay. It is left to you to know who to allow in your pants.

How do you know if a guy only wants you?

A guy that only wants you but doesn’t need you for the long term won’t commit himself to you. He won’t include you in his plans and won’t really care about yours. The signs may be subtle but you will definitely notice them if you observe.

It can be really painful when you like a guy and you want to create a lasting relationship with him but he isn’t on the same page with you. No matter how painful though, it is best if you see the signs which may include some shared in this article, and move on from him. If you like what you read, share your thoughts in the comment section and share the article with a friend. 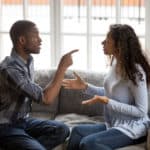 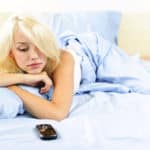 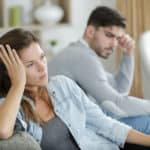 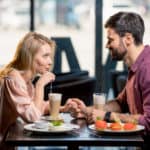 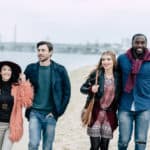 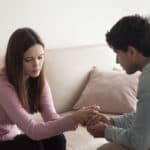 How to Stop Being Codependent (15 Smart Ways) 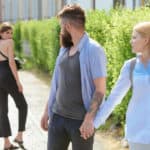 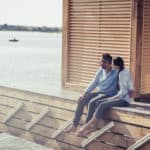 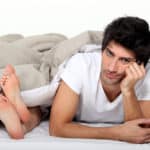 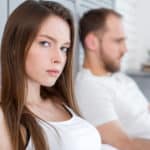 How to Not Be Jealous (13 Genius Ways to Overcome It)