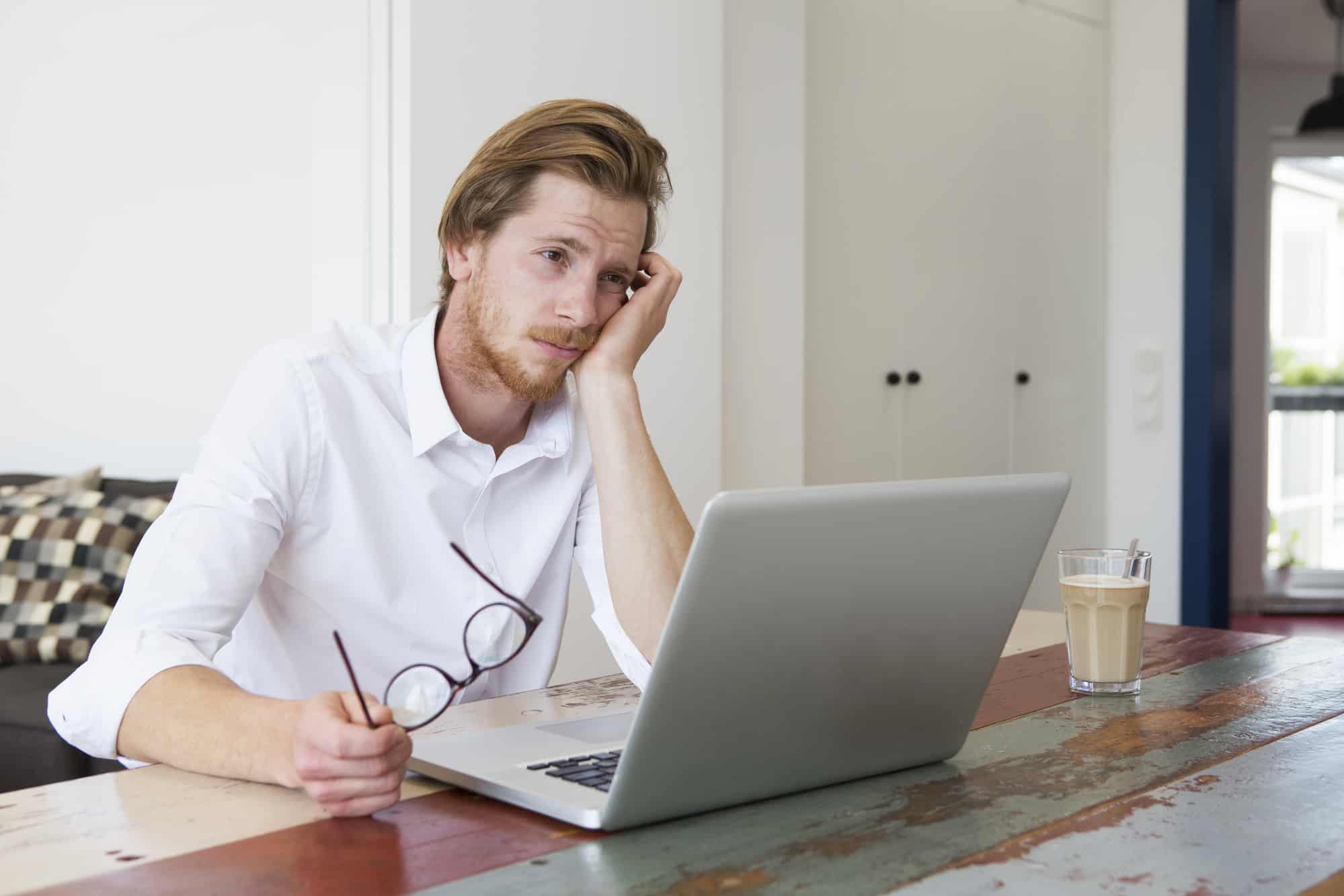 101 Signs Your Ex Is Confused (How to Figure Him Out)

If you are looking for signs your ex is confused, you may be wondering what’s going on with him, why he isn’t acting normal, and what he’s really thinking and feeling.

There’s always the possibility that he wants to get back together and just doesn’t know how to approach the subject after the breakup the two of you had.

A confused guy may be sending you mixed signals because he just doesn’t know what he wants in a relationship or life in general. When it comes to a confusing guy, you should ask yourself if he’s worth the hassle that you are going through.

Do you think he wants to get back together, or is he just playing games with your heart? Don’t settle for someone who isn’t direct with you.

It’s true that he may wish to restore the relationship to the way it was, but you need to decide if you want to get back with him. Make sure you remember the pros and cons that happened in the relationship. You don’t want to end up making the same mistakes with your ex that you’ve already “learned from.”

This article will look at the signs your ex is confused.

Signs Your Ex is Confused

Why Your Ex May Be Confused

There are many times when ex-boyfriends or ex-lovers just seem baffled by the feelings they didn’t know they had for their girl.

One clear sign of an ex feeling confused is when he calls and doesn’t say anything; instead, he just hangs up; he may “claim” that he accidentally called you when in reality, he just wanted to hear your voice but couldn’t think of anything to talk about.

Your ex may be living in a limbo state because he doesn’t understand why the two of you broke up. If that’s the cause of your ex’s confusion, you should explain what happened to the relationship in a way that he will understand. I suggest using examples of the reasons you decided to move on and pursue something else in your life.

Another possibility is that your ex is just now getting in touch with his feelings. You must decide if you want to give him another shot, go on a break, or cut him loose. Just try to be respectful in how you approach the subject because there’s a good chance that he’s feeling hurt and confused by his newfound feelings for you. It’s flattering, I know, but be fair to him.

What You Should Do If Your Ex Wants You Back

The first thing you need to do if you see a clear sign that your ex wants you back is to decide what you want. Do you want to get back with him again? Try to clearly reflect on the reasons you broke up, so you don’t make the same mistakes. It’s a good idea to make weighted pros and cons list to evaluate which way makes the most sense for you.

If you feel like your ex is overwhelming you because he’s confused, you may want to clearly explain what your boundaries are. If you are serious about being with him again, you may want to involve the help of couples counseling or bring in the assistance of a mental health professional. Also, don’t rush back into a relationship right away. You may need time.

If you’ve made your intentions clear to your ex and he hasn’t backed off, you may want to involve the law, especially if you feel unsafe around him or uneasy by his actions. Consider a restraining order. Don’t let a confused ex harm you physically or emotionally. Remember the reasons you and your ex decided not to be together anymore.

Why Exes Often Come Back After a Breakup

There are many possible reasons why your ex is saying he wants to be with you again. He may not even feel that way! He’s just confused as to what his true feelings are, and being together again makes sense. He thinks it will make everything better if you were back together. Some guys want to get back because they think everything was perfect when you were together.

Let’s not discount the true Prince Charmings out there, though. Your ex may genuinely care about you and remembers the good and bad of your relationship. He may have changed and felt like everything could be different this time around. Maybe your ex dumped you and now feels as though that was a bad decision because he realizes the good outweighed the bad.

As mentioned, a restraining order may be appropriate if you feel like he’s become dangerous or unnerving. If it isn’t to that point yet, you could first make your feelings clear. Tell him it’s over, and you have no intention of ever being with him again. You may even want to lie, or tell the truth if it’s applicable, and say that you are happy with someone new.

After you’ve expressed your true feelings, you may want to take him off all your social media accounts so that you don’t feel as though you are being “stalked” by him. While you’re at it, block him from email, phone calls, and social media. You might let him know what you’re doing, why you feel it’s necessary, and give him a short farewell message.

What You Should Do If Your Ex Shows Signs of Confusion

If you are positive there is no hope of a future with this guy, you could, at least, try to make him get some sense of closure with the myriad of feelings he is going through. After that, you should just ignore his wishy-washy behavior. You’ve already helped him all you can; it’s now up to him to move on and leave you alone in the future.

If you do see potential in having him as a boyfriend once again, find out what he really wants. Tell him you are confused by his words, actions, and behaviors. Once you determine his true feelings and desires, see if they align with your hopes, wishes, and needs.

How do you know if your ex is confused?

If your ex is confused, most likely, you will feel confused as well after witnessing his actions or behavior. He’s probably sending you one mixed sign after another. For example, he may send you a sign that he’s interested in getting back together yet is dating someone else.

How do you know if your ex is still interested?

Most likely, if you have an ex still interested in you, you will just know it. Your ex will try to show you he’s changed or all the reasons that the two of you should go back to the way it was - the time before the breakup.

How do you deal with a confused ex?

If your ex is sending you unclear signals, you may want to stand firm in your feelings. Don’t allow your ex to make you feel confused by the way he’s acting or by what he’s saying. He’s probably not worth the hurt if he’s playing around with your emotions.

Is my ex confused or stringing me along?

Your ex may actually be doing both actions, perhaps unintentionally. All too often, men just don’t want us to move on with someone else; this doesn’t mean they want to get back together; they just don’t want anyone else moving in on what they consider to be “their property.”

How do you know if your ex secretly wants you back?

If your ex is thinking about getting back together, he may talk to your friends or family members behind your back in an effort to see how you would react if they tried to get you to come back together with them. Some guys treat women they are “into” worse.

Well, we’ve reviewed 101 signs your ex is feeling confused. What did you think? Do you have different signs from your ex you could share in the comments? I’d love to hear your thoughts on the subject. Don’t forget to share this post with others, too!

You May Also Like
My Ex Hates Me (4 Important Things To Do)
No Comments
Ex-Husband's Girlfriend Causing Problems (17 Things You Can Do!)
No Comments
Why Do I Dream About My Ex Years Later? (25 Reasons Why)
No Comments