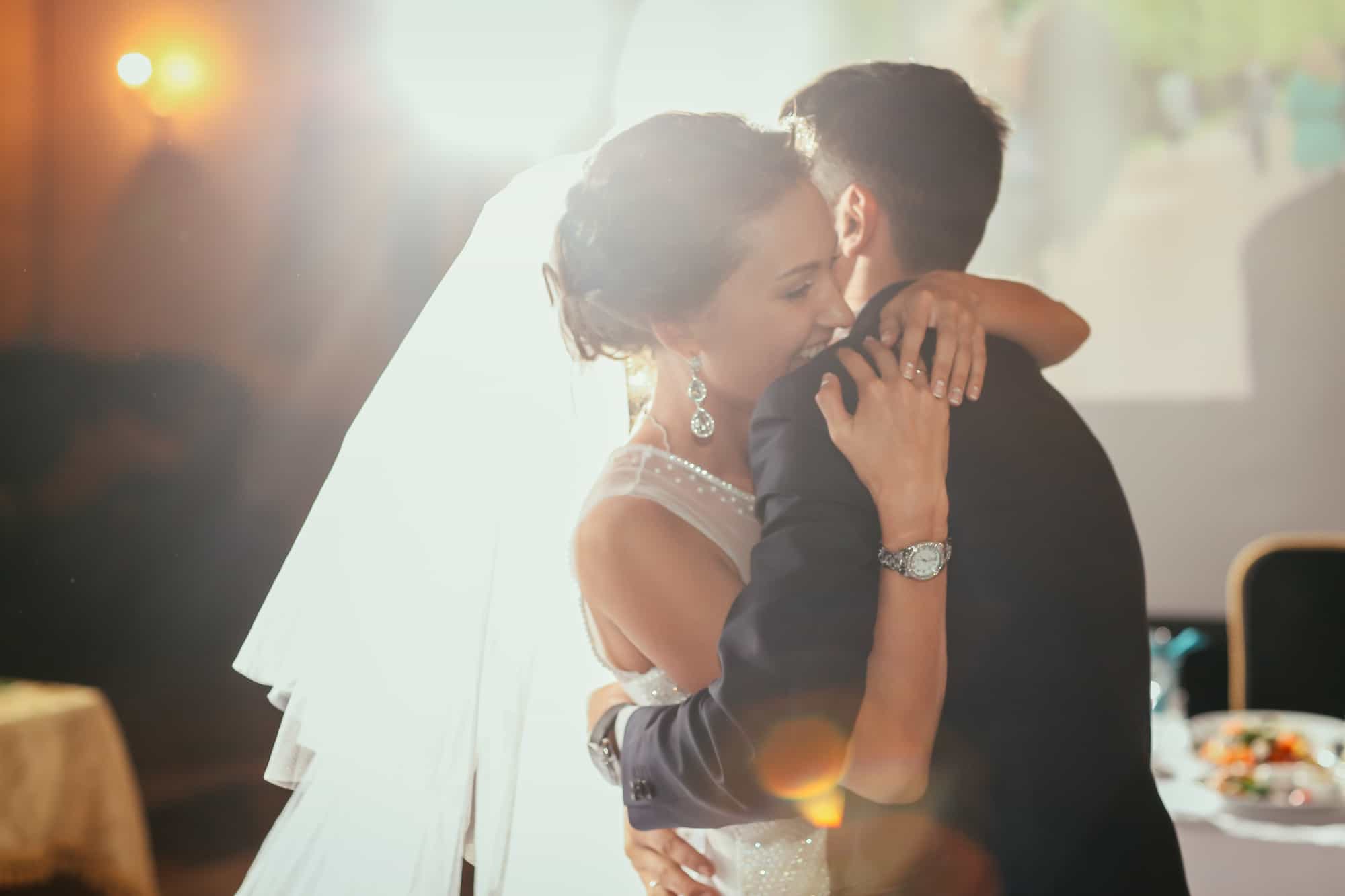 Are you getting ready to walk down the aisle again? I know how that can feel scary, exciting, or overwhelming.

You may have some doubts or concerns about what you should do and not do since there’s already been a wedding.

It's actually a common concern for a lot of 'second-time brides,’ and it’s okay to feel a bit uncertain about the kind of wedding to organize.

It's even possible that it’s your partner's first wedding, and your 2nd, or the other way around. Maybe this is supposed to be the 2nd wedding for both of you, that’s okay too. Not every first marriage works out, and just because you went through an elaborate first wedding doesn’t mean you shouldn’t go big on the next one. If you’ve found love again, that should definitely be celebrated.

Decades ago, this wouldn’t be the case, but modern-day etiquette encourages couples to entertain the idea of a special wedding celebration for the 2nd wedding as well. However, before delving all in, let me give you some tips for making the second espousal a special ceremony to remember.

1. Getting The Right Dress.

Some have a preconceived idea that the bride shouldn’t wear white on the 2nd wedding, and that's just an untrue or archaic second wedding etiquette. It might be hard separating rumors or old wife fables from the truth. Just keep in mind that it’s your day; it doesn't matter if it's the first nuptials or the fifth, you should still feel special.

When it comes to wedding dresses for second weddings, people who plan to have second weddings are usually told to downplay it, go with a simpler off-white second marriage wedding dress for a quick and straightforward occasion. This doesn't have to be the case, depending on how spontaneous, unique, and colorful your feelings are at the time, get a dress that makes you happy.

No doubt, getting into a new relationship is no easy feat; a lot of women spend years looking for just one Mr. Right, and here you are trying to settle for drab older bride second wedding dresses? You know what they say, go big or go home, even though it’s the 2nd time.

Some people love doing things big, whether it’s the first time they are getting married or the 5th. No one can stop them from throwing a sizable second wedding ceremony. On the other hand, another couple might prefer a small, intimate party with just a few family and friends. So ultimately, the choice of having a small, large, fancy, or simple arrangement is up to you.

Wedding dresses for second wedding ceremonies don't have to be too simple, as stated earlier, especially if you didn't spend much on a dress the first time around. However, simple etiquette would advise you don’t spend so much on a large event if you or your partner threw a big wedding in the last 2-5 years.

It's not a good idea financially, and there’s also family to consider, especially if money is being contributed to make that big day a success. If there are children involved, equally consider that they may appreciate something smaller and more private as opposed to a big party for the second marriage.

3. Invite The People Who Would Be Less Judgemental

When it’s your first time getting married, everyone is excited, over the moon, and anxious to plan and prepare for the D-day. However, second weddings may not get the same enthusiasm, only close family and friends may understand how important this life decision is to you. Instead of announcing it to co-workers, on social media or other social groups and gatherings initially, it’s best to wait and think first.

There are people this news might affect initially, like the kids, close in-laws, your parents, and some close friends as well. Take out the time to let them know first, before gradually giving others the good news and inviting them to the nuptials. Another reason to think deeply about who to invite is leaving out people who might not be the best cheerleaders on that day.

If we are honest, not everyone would be happy to see you getting hitched a second time, so only invite close friends, family, and colleagues who feel would appreciate being present.

4. Having A Bridal Shower Or Bachelorette

A bridal shower or bachelorette are parties thrown for the bride and groom to be a day or some days to the D-day. It's supposed to be the last ‘hurrah’ before getting hitched again, so some people argue that it should be left out for 2nd marriages. Still, this is a choice left in your hands; you can have a bridal shower, especially if you didn't have one initially, or felt the first one was a bit basic.

However, what you shouldn’t expect too much is bridal shower gifts, if friends and family had already given you gifts the first time around, they might opt out of doing so the 2nd time. It might be better not to ask your girlfriends if they plan to organize a shower or bachelorette night. Let them be the first to suggest planning one for you.

5. Decide On Getting A Registry.

Some people may have already discouraged you from getting a wedding registry, but no rule says you can't have one. Some friends and family members will insist on giving gifts before, during, and after the celebrations. It's up to you to graciously accept their gesture of kindness and get a registry so they know the specific things you may need.

There's no point getting gifted something you already have, especially since you have probably received most of the conventional wedding gifts before. You may want to opt for an alternative registry that allows family and friends to gift things to you as a group or individually. This would help cut costs and make things a lot easier. Remember; don't expect everyone to buy a gift, especially if they were very involved the first time.

Some traditions are common during first weddings, like throwing the bouquet, parades, burying the bourbon, having bridesmaids, wearing a veil, and the likes. Not all of these traditions may be necessary for the 2nd wedding program. If this is your 2nd time, but the groom’s first, you could decide to keep the traditions both of you agree on.

The truth is, the ball is entirely in your court, you may want to have an amazing reception party with all the traditions intact, especially if you didn’t have a nice first wedding day, or feel hurt and cheated from the previous relationship. It's a successful marriage you're hoping for, so skipping some niceties won't really hurt, except it's a total deal-breaker for you.

7. Should You Have A Religious Ceremony

Depending on your personal beliefs or religion, you’d have to consider your options when it comes to getting married in a religious institution, or skipping the service and going straight to the reception. Nowadays, it’s pretty easy to get practically anyone to marry you; ordination certifications are all over the web.

However, it’s all up to what you and the groom decide if it's important and special to you to get married in the Church, Mosque, etc. Consider the policies of the religious institution on second marriages.

What Should An Older Bride Wear For A Second Wedding?

How Much Money Do You Give For A Second Wedding?

Second weddings don’t have to be downplayed simply because the first one was grand and spectacular. However, you should consider thinking about your finances at the time, which is more important. There's no point going broke trying to throw a ‘first of its kind wedding.’ also consider other factors, and decide if it would be appropriate to throw a large second wedding, especially when kids from a previous relationship are involved.

Who Pays For The Daughter’s Second Wedding?

The first wedding is usually paid for by the bride's family, it’s common in some parts of the world. Even in modern times, we still find that happening, but the case is different for the 2nd marriage. The proper thing would be to split the costs between you and your partner, and don’t ask relatives for money unless they offer.

Who Walks The Bride Down The Aisle In A Second Wedding?

The first time, the father usually walks the bride down the aisle, signifying that he's giving her away to the groom. This doesn't have to be the case on the second wedding day; most brides decide to walk in alone or are escorted by a sibling, daughter, or son, depending on what they want.

What Is The Etiquette For A Second Wedding?

The first wedding may have had all the traditional perks; however, the second wedding may not need all of that. Things like gift-giving aren't compulsory; a large crowd isn't as well. The 2nd wedding should also be more of a family affair, get the family more involved in activities or roles, like a young son being the ring bearer or the daughter being a bridesmaid.

The 2nd wedding may seem a bit tricky, but I hope most of the questions you had before reading this have been answered. Remember, it's really up to you and the groom to agree on the basics before the D-day. If you enjoyed reading this, please leave a comment below, and kindly share this with family and friends.

One comment on “Second Wedding Etiquette (7 Odd Things To Know)”