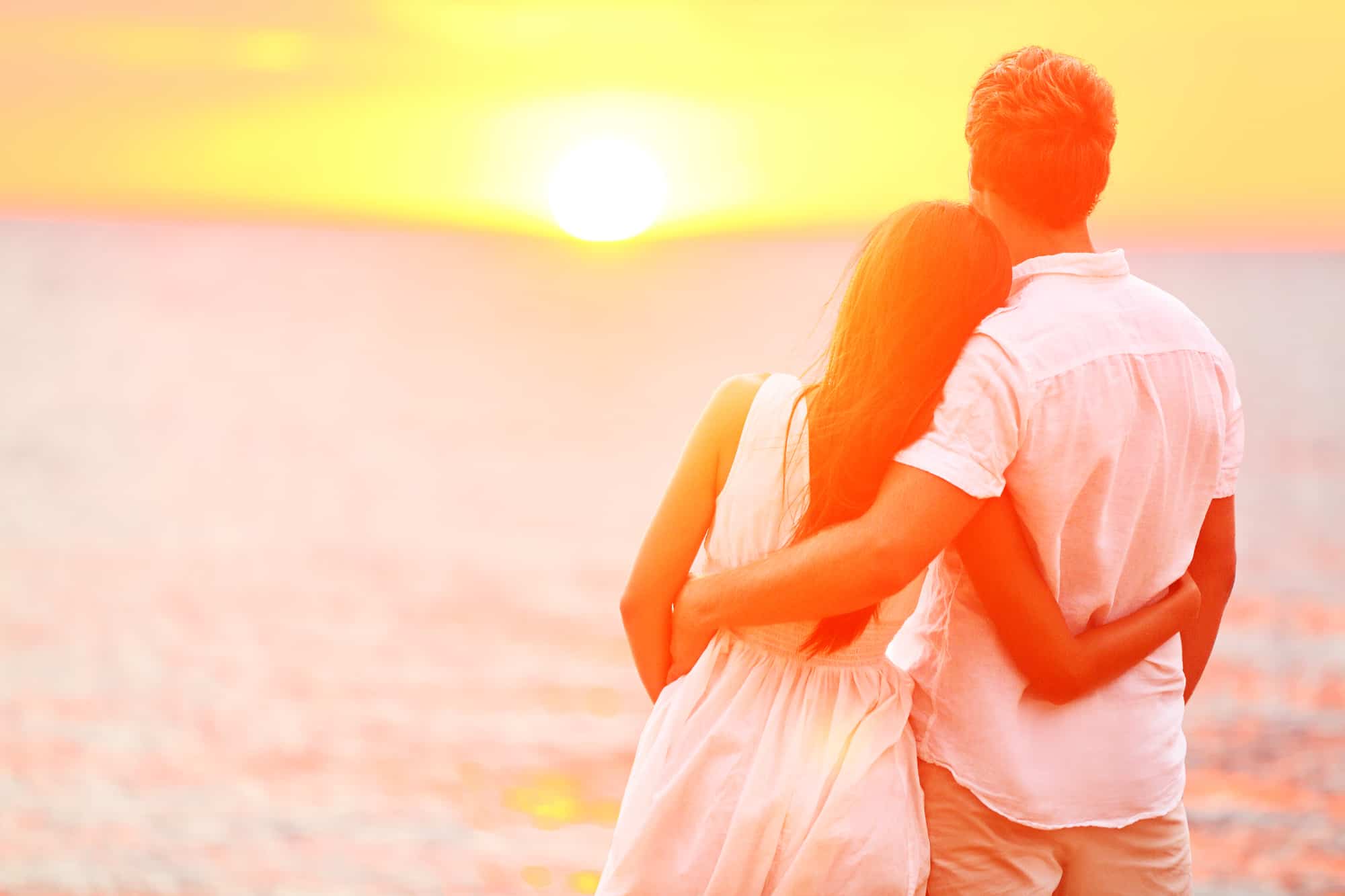 Remarriage After Divorce (11 Things To Consider)

When your first marriage tanks, it’s normal to seek a divorce and try to move on with your life. I don’t know many women who don’t consider remarriage after divorce. A lot of people want another chance at happiness, so they delve right back into the dating world in search of the next Mr.Right.

However, according to studies, the divorce rate of second marriages is 67-80% on average. When you look at the statistics, it’s pretty alarming, but the facts don’t limit a successful remarriage. If you want to get it right the second time around and beat the negative odds and stats provided, then there’s a lot of work to be done.

Whether you’re getting back together with an ex-spouse or moving on with a new partner, the relationship requires work and wisdom. I may not know it all, but I have some wisdom nuggets that will benefit women considering remarriage after divorce.

11 Things To Consider Before Getting Married The Second Time Around

Even though the feeling of getting married after a divorce might be so welcoming to you as opposed to remaining single, it’s essential to take your time. Yes, we think about our feelings, or age, and those other factors, but you want sustainable happiness, not a short term zing.

Your current partner may tick many boxes, but patience is still important, give the relationship time to breathe. Marriage shouldn’t be rushed into, whether it’s number one or two, people rush into things without thinking, that’s probably why the divorce statistics are so high.

2. Think carefully about your decision

So, marriage number one didn’t end up as anticipated, you must put on your thinking cap this time around to avoid repeating the same mistakes. Ask yourself some important questions, like, why do I want to remarry?

Am I ready for something new? Is remarriage one of the things I should be thinking about now?

No doubt, answering these important questions will give you clarity on this new marriage plan.

3. Give yourself time to heal

A lot of divorcees skip the recovery and healing stage and think more about remarriage after a divorce. Giving yourself time to recover’ simply means that you understand how mentally unstable you are at the moment and the fact that you may not be ready for a new relationship.

It would help if you had time to filter out the negatives from the past relationship. Similarly, when you think of marrying after divorce if you have to go through therapy, do so. Just ensure you give yourself time to heal and recover, it’s an important step to a successful second marriage.

4. Are you ready to be a step-parent

In many cases, ladies who remarry have partners with kids, so you have to ensure you’re emotionally stable and mentally strong to cater to another person’s kids. What will you do if they don’t like you? What do you have to offer to make their lives better?

Are you willing to raise them as your own? I believe these are questions that should not be underrated when considering remarriage after divorce.

5. Talk about finance and prenuptial agreements

This would be the right time to talk to him about finances, and possibly straighten things regarding getting a prenup. It’s possible that you may not have expected the things that happened in your first marriage, so you didn’t bring these issues up with your ex-husband.

However, this is a new relationship; you need to look out for each other and still protect one another financially and otherwise.

6. Talk to a lawyer before remarrying

Talking to a legal counselor before jumping into a second marriage is absolutely essential. There may be some legal restrictions put in place either by your state or country as regards remarriage. You need to check in with your legal counsel to ensure that you are not breaching any of these laws in the process.

7. Talk to your children

Children tend to suffer more emotional distress than adults when it comes to divorce and remarriage. However, this confusion and distress can be alleviated through good dialogue with the kids. Give them the chance to open up to you on their fears and worries about having a new parent.

Assure them that everything will eventually get better. More so, let them know that it’s okay if they feel resentment, grief, or are not ready to accept this new decision of yours. Give them time, and they’ll hopefully come around.

8. Talk to a therapist

Research shows second marriages are more likely to end in divorce. That’s why talking to a marriage therapist is recommended as this will professionally address some of the issues which led to the first divorce.

It’s also better to go for counseling just so you get off on the right foot. There is a high chance that certain issues will be resolved when you speak to your therapist.

As one of the things to consider before saying ‘’I do’’ the second time, it’s essential that you evaluate your emotional needs at that moment.

It has been a while since you left your first marriage, and things may have changed, including your needs. Sorting this issue out will give you an insight on how you expect to be treated, as well as the type of energy you need.

10. You do not need to remarry

This is where you realize that you do not necessarily have to remarry. You have the exclusive right to remain single and still be happy. This is the moment where you need to focus on yourself.

Work on your stability, finances, and improve your life. Happiness is not tied to marriage; as a matter of fact, if you can live happily as a single person, then you can do the same when you eventually marry again.

11. Do your family and friends approve

As much as we might want to downplay this essential aspect of getting married, it remains valid and necessary when considering marriage. Therefore, you must put your feelings aside and listen to what your family or friends have to say regarding this issue.

However, their words of wisdom are subject to your review; you have the exclusive right to either reject or accept their advice. All of this is to prevent another case of heartbreak or divorce in the end.

Do divorce couples ever remarry?

According to research, 6% of divorced couples ended up remarrying whilst a whopping 72% of re-married partners stayed together. Furthermore, as it is commonly said, ‘ distance makes the heart grow fond.’ Couples split up for a while, only to realize how much they meant to one another, as such, they reconnected.

How soon is too soon to remarry after a divorce?

Couples who waited three years and more before remarrying decreased the likelihood of divorce by 50%. This is probably because they had enough time to heal after their first marriage before jumping into the next one. One or two months may be too soon to make a decision as important as this, especially if you were really hurt after the divorce. However, there is no stipulated length of time for remarrying after divorce.

Some people believe that second marriages should be more successful than the first; however, the statistics do not support this claim. As I noted earlier 67 – 80% of second marriages end up in a divorce. To make matters worse, marrying for the third time has been notorious for its epic failure and disaster. Evidence can be traced to the fact that divorce does not positively correlate with choosing a better partner or mate.

Second marriages make happier marriages than the first, even though this does not necessarily guarantee it to be a divorce-free marriage. Furthermore, couples living together after a failed marriage find more life satisfaction than if they were married.

When it comes to the issue of ascertaining if a man regrets leaving his marriage, there are a few factors to consider. The first is that men have pride and ego, and may not necessarily come out clean on this; more so, some men may not have the chance or courage to admit the truth.

Albeit, studies show that while 64% of divorced women blame their spouse, only 44% of divorced men blame women, and as a matter of fact, 42% accept to share the blame. So it’s possible that they feel bad, especially since the Bible on divorce, frowns against separation, but encourages couples to work out their differences in love.

Remarrying after a divorce is not usually so simple as people make it seem. Especially when you consider the fact that 67 – 80% of second marriages end up in a divorce, this is a clear indication that divorcing your partner does not necessarily guarantee success in the next marriage.

However, with the few pointers I have discussed in this article, you should be able to navigate your way to a long-lasting second marriage with your new partner. If you found this article insightful, please like and share it with your family and friends.