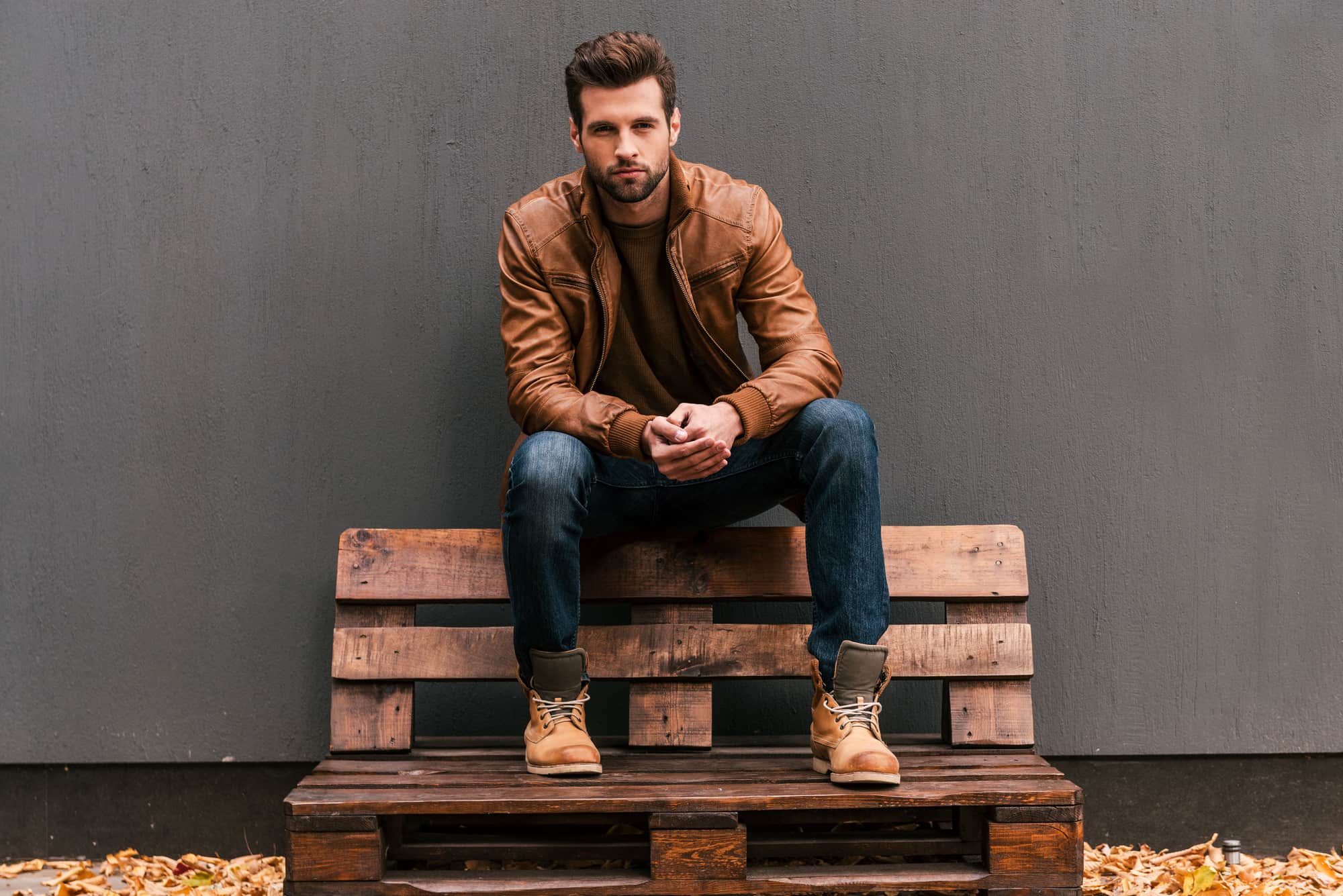 19 Signs That Only Mature Men Will Show

Rather than dating guys that you feel like you have to look after and mother, it might be a good idea to start going for guys that actually have the same level of maturity as you, or even more maturity!

However, it can be quite difficult to figure out which men on the dating scene are mature. It’s also often hard to actually work out if the guy you’re actually dating is emotionally mature or if you’ve gone for a man child again!

There’s no need to panic though, because there actually are many signs that mature men will show, perhaps the problem is that you simply don’t know what to look out for.

In this article, we’re going to share 19 signs that mature men will show, so you can either keep your eyes out for someone like this, or you can see if the guy you’re dating matches up to these signs! Let’s jump straight in and take a look.

A mature man will typically be really good at communicating clearly and honestly because he is aware that communication is a key aspect of every relationship, whether platonic or romantic.

You’ll probably never have problems with miscommunication and all communication will be calm, open, and honest - words over mind games any day with this type of guy. With immature people, miscommunication in romantic relationships is often common and can cause real problems.

2. He respects your independent life

A mature guy knows that you have your own life that he isn’t a part of and he completely respects that. He will respect your commitment to friends and family, your job, and your hobbies. This guy will know that he’s not at the center of your world and understands you have your own life with your own list of priorities. He’ll not only respect you being an independent woman, but he’ll actively encourage and support it.

Someone that’s emotionally mature will not only make time for you to talk to them, but they will actively listen to you about anything. A guy that’s mature wants to listen to you because he knows how important it is for the two of you to not only develop a deeper connection with each other but that you feel listened to and supported. He won’t just hear what you said, he will actually listen.

4. He’s honest about how he feels

There’s absolutely no need for a mature guy to play mind games or mess around when it comes to emotions, so he will openly tell you how he feels about you without feeling afraid of rejection.

He won’t want to mess you around, so if you ever ask the question, “where are we?” or “what are we?” he will tell you, openly and honestly, how he feels and where he thinks the relationship is. When it comes to disagreements, he will also be honest with how he feels, as well as encourage you to be honest, therefore making it easier to resolve things.

5. He respects your decisions

Unlike immature guys that might try to change your opinion or get you to alter your decisions, an emotionally mature man will respect every decision that you come to. He will never try to change your mind or talk you out of something, instead, he will always respect your opinions and the decisions that you come to, even when it means you’re not acting in a way that aligns with his beliefs.

6. He looks after himself

A mature man doesn’t need a woman to look after him because he’s capable of doing it all himself. He will be a good cook, he’ll keep his place clean and tidy, he’ll do his own laundry and he’ll work hard by himself in every aspect of his life. This kind of guy isn’t looking for a partner to depend on. He needs no one which makes it even more special knowing you’re the one he’s choosing to be with.

7. He constantly does things to help you out

Someone that’s emotionally mature always understands what you need without you even needing to say anything, and therefore you will find that he’s always doing things to help you out. Whether he’s making you coffee in a take-out mug because he knows you’re rushing to work in the morning or he’s fixing one of the issues in the house because he knows it annoys you, he’s always helping you out.

Although a mature man will know that he’s emotionally mature, he will always be eager to improve as an individual and he’ll focus on his well-being. A mature man knows that inner work never stops, so he’ll constantly be striving to improve and become more aligned with his idea of a good person.

9. He doesn’t expect anything from you

Due to the fact that a mature man is very independent and can take care of himself, he doesn’t have to have a partner to take care of him and he most definitely doesn’t expect it. You will never feel like you have to live up to any expectations if you are in a relationship with a mature guy because he genuinely expects nothing from you apart from you to just be yourself. There’s no pressure to act a certain way or become someone that you’re not.

When you date an immature guy, you will often find that they’re stuck to your side like glue and that there’s never any personal space or time away. However, with mature guys, they really understand how important personal space is within a relationship, and therefore they not only respect times when you want space away from them, but they will actively encourage you to take some time for yourself.

11. He respects your family and friends

Immature guys normally want you all to themselves, and they typically think short-term. Therefore they won’t respect your time with your family and friends, and they also won’t really care about the impression they make on them either. However, with a mature guy, they will respect your family and friends because they not only don’t want to get in the way of your important relationships, but they want to make a good impression because they plan on being around for the long run.

Jealousy normally occurs with men that aren’t emotionally mature because they don’t trust you or other people, but jealousy doesn’t exist in a relationship with a mature man. Mature men know that acting jealous only creates problems, and therefore they simply don’t do it! Instead, if a mature guy feels threatened or like someone else is trying to be romantic with, he will honestly and calmly tell you how he feels.

13. His friends are also mature

14. He takes responsibility for himself

15. He talks about the future

16. He always supports you

Men with emotional maturity understand just how vital it is to support their partner in every aspect of their life, and therefore if you’re with a mature guy you will know that he always has your back and is your biggest fan in everything you do. You’ll feel supported and uplifted, whereas, with immature guys, you can feel drained and sometimes actually quite lonely.

17. He apologizes when he’s wrong

Due to the fact guys that have reached emotional maturity take full responsibility for themselves, they always recognize when they’re in the wrong and apologize for it. Rather than trying to push the blame onto other people or manipulate you to apologize because they don’t want to face the fact that they were wrong, they will be ready to apologize straight away and take the blame.

Immature guys often want you to be around them all the time, giving them attention and making your life revolve around them - this is often extremely draining, no matter how much you love them. However, a mature guy doesn’t need your attention all the time and he understands that you have other priorities in your life.

Emotionally mature men will always put a lot of effort into being with you and making you happy. When you first get to know them, they will put in time really getting to know you and trying to understand what really makes you tick. They will always go the extra mile for you and commit to making you a happy woman.

What is a mature man?

A mature man is a guy that’s really grown into himself, to the point where he really understands himself and what he wants in life. You can check out 19 of the characteristics of a mature man in this article, above. However, overall, a mature man is a great communicator, an honest person, and a supportive and understanding romantic partner.

What are the signs of a mature man?

There are an array of signs of a mature man, and 19 of them are listed above. A man that’s reached emotional maturity will know himself but will always be striving to grow, he’ll communicate, he’ll respect a partner’s independent life and support them. Mature men make the best partners because there’s very little drama or turbulence.

What age are men most mature?

Everyone matures at a different age, and although you might like to believe we all mature in our early twenties, the truth is that most men don’t actually fully mature until their early-40s. In comparison, most women reach full maturity in their early to mid-30s.

How do you deal with a mature man?

At what age do guys mature emotionally?

After reading this article you should be able to understand the signs that a man will be showing if he is emotionally mature. A relationship with someone that’s mature will be packed full of clear communication, support, and respect, so keep your eyes out for those mature men on the dating scene!

Did you like this article and find out some useful information? Let us know in the comments and feel free to share with any women you feel like need to read this!

2 comments on “19 Signs That Only Mature Men Will Show”