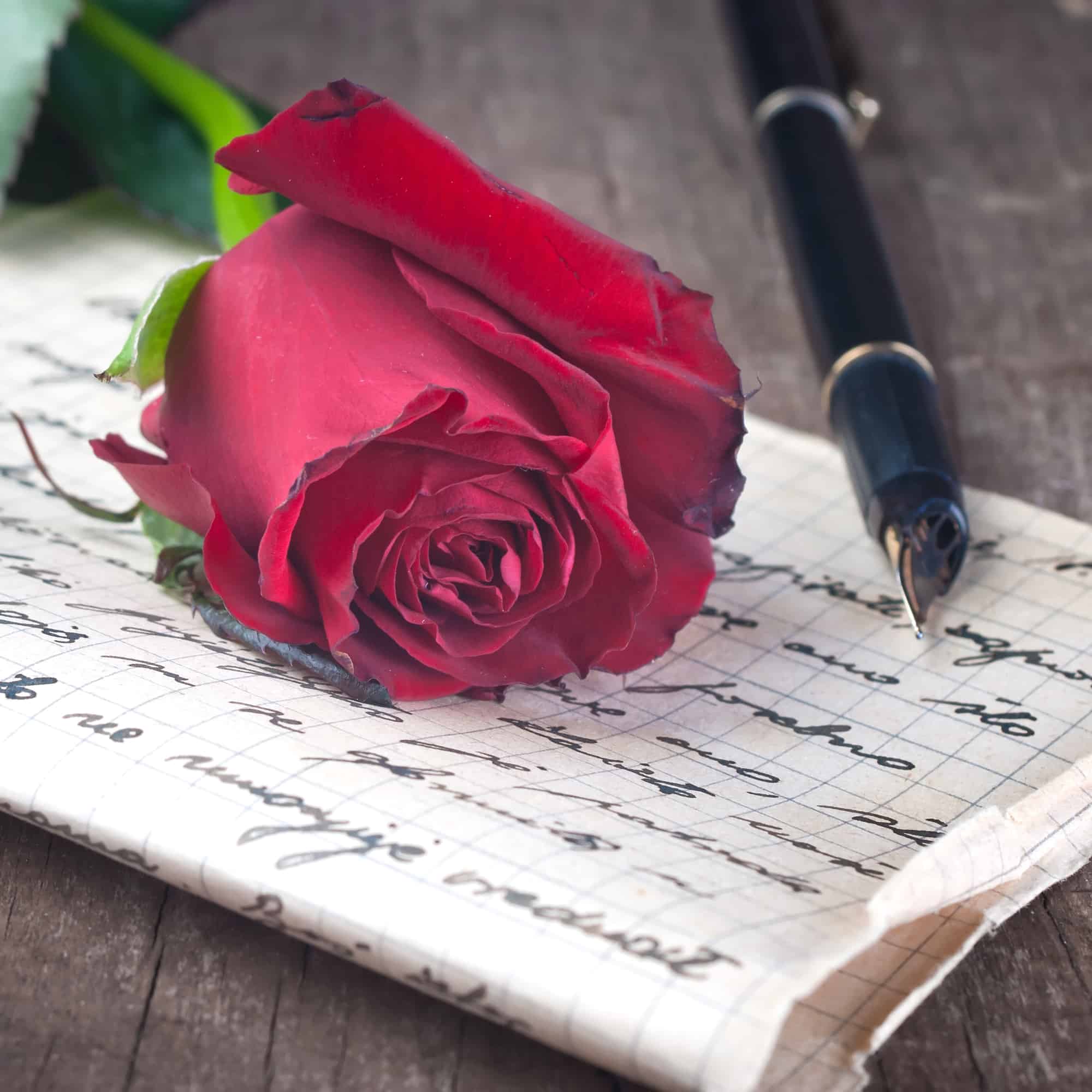 Letters To Ex-Boyfriends (5 Things To Say)

So, you broke up and figured out that you want him back. It's something we've all been through, but I'm here to tell you today that getting your relationship back on track has a method to it. There's a ton of ways you could get in touch with someone, nevertheless; letters have an innocence about them that always takes the crown.

Before you think of going there, you have a few questions to ask yourself? First, is writing letters to ex-boyfriends even a good idea? If it is what exactly should you put in it? Because trust me when I mention that, women aren't the most coherent when it comes to matters of the heart. Oh, we are vocal, but the strong gushes of emotion emanating from us is both a blessing and a curse.

I'm not here to rain on your parade though. If you feel like writing letters to your ex is the way to go, then, by all means, let me show you the right way to go about it. So, without further ado, let's dissect the whole process.

What To Think About When Writing A Letter To Your Ex

1. Should you write a letter to your ex?

Before you even think about what to put in the letter, you should figure out whether you need to write it at all. Let me put it this way, what's the purpose of the letter altogether? Are you upset and are going to lash out at the object of your pain? Could it be that you're remorseful and want to apologize for all the trouble you stirred up?

Even more, are you looking for a way back in? When you know your motive, it will help you figure out whether or not you're actually going to send him a letter. For one, sending a letter from a place of anger is never a good idea.

So, if you're still upset, you need to sit this one out. Process your emotions and if you still have the need to reach out when you feel better, go ahead.

2. When to send the letter

Just as the sun rises and sets at a specific time every day, there's time for everything. Likewise, there's a time to reach out to your ex and a time to sit back and work on yourself. The fact is that there's a slim chance that you're going to get him back, so your timing is imperative.

But don't take my word for it, a study by a popular dating app showed that half of Brits got back with their partner after a breakup. So, if your aim is to up your chances of winning him back, then wait until you're emotionally healthy because if you're hurt, you can't build something wholesome. Also, try observing the no contact rule, and stay away from each other’s friends; for the most part, that should give you enough time to heal.

3. Why writing a letter is a good route

I've been taking baby steps leading up to this moment. Mostly because I feel that you should really understand why you want to write a letter before you delve in. Nevertheless, writing a letter is sometimes the best route to take if you need to breathe some life into your relationship.

For some people, expressing their feeling vocally is a disaster. Admit it, there's something a bit constraining about text messaging. That leaves letter writing which is actually a great way to express yourself.

So, if you feel you are ready to step up to the plate, try out your letter writing skills. I assure you that there's something incredibly freeing about it all. No, it won't make you sound Shakespearean, but it'll give you the liberty to really get to the crux of the issue.

I'm not here to tell you to dot your 'i' s and cross your 't' s, that's a given. There are just certain words you should not put out there. First and foremost, this is not an avenue to gush and express all the emotions without a filter.

Believe me when I say that he already knows. The letter should contain information that puts your best foot forward. Let him see how much you've grown, tell him your realization. For the love of everything you hold dear, do not beg. It's not sexy and it won't automatically become sexy just because you're doing it.

More importantly, do not over-analyze issues. If there's anything you should do, it's to seem cool, calm, and collected. However, as much as you should have a mellow and level-headed manner about you, don't bring yourself too low.

No matter the outcome, you should be able to walk out of the situation with your head held up high.

5. Reach out before you send it

This may very well sound like you're defeating the purpose. But testing the waters is a great way to save yourself worlds of pain and awkwardness. Most times when relationships end, you miss the other person so much it hurts. At that moment the only thing that could possibly ease your pain is them speaking to you.

It's selfish though, because what if he doesn’t want to speak to you? What if he is not in the emotional headspace to talk to you? Even more, what if he is totally over it and would rather just move on? These are all possibilities.

So, don't bank on your feeling alone, and write anything you like; rather, take his into consideration. Reach out before you send your note across and find out if he is ready to hear from you. This act alone shows that you've grown as a person. And if he refuses, then don't push things, be alright with his decision, or at least put up a convincing act. Take this as a fake it until you make it type of situation.

In the rare case that he tells you that he's not ready YET then that's a glimmer of hope. It means the communication lines are open. In this study, Lindsay Rodriguez stated that people who are not over the break up are more likely to keep communication lines open. So, respect that and it may turn into a fairytale after all.

If you've ever taken an essay writing class or have tried writing for the press, you've definitely heard the phrase Keep It Stupid Simple (KISS). You may be tempted to pour out your body, spirit, and soul onto that piece of paper.

Perhaps, do that on a copy you aren't going to send. It's good to find a release for all those pent up emotions. But believe me, when I tell you - he won't be excited when he opens up his mail to find a really long scroll. He may be too fed up at that point, you need to catch his attention and do it fast.

Those first few lines should not just catch his attention, they should hold it. You know him better than anyone, and you were at the very least friends before things went wrong. So, use that knowledge to your advantage.

7. What happens after the deed is done?

So, you've done the deed, what next? Are you sitting around twiddling your thumbs waiting for a reply? That's not right at all. Even if the aim is to get back together, you should not just wait around for a response. After all, Rome was not built in a day, so don't expect everything to automatically be fixed because of a few compelling words.

Live your life the way you usually do, exercise, observe those cheat days, and enjoy going out with friends as much as you can. While doing this, try to grow yourself as a person because it's this new and improved version of yourself that he needs to meet.

Also, set expectations of what you won't mind seeing in him. Altogether, the change should not be one-sided. Both of you need to step up to the plate together for the good of your relationship. There's also the chance that the may not say what you want to hear, or respond altogether.

That's OK too, they actually do not owe you anything. So, rest assured in the fact that you learned from the experience and are becoming a better person because of it.

What do you write to an ex you still love?

For the most part, you want to keep it cool at first. So, maybe start by talking about something relatively normal. Ask him how he is doing, how work is going, and try to ease into the fact that you miss and still love him. Don’t go in with too much intensity as it may scare him off for good.

What should I write in a letter to my ex boyfriend?

First, decide what type of write up it is; is it for closure or to get him back? If you want closure, just pour your heart out until it's empty. If you want him back, you need to be more calculated. It's not time to pour out feelings but to logically and meticulously analyze the relationship.

How do you write a heartfelt letter to your ex?

First, note that because it's heartfelt that doesn't necessarily point to the fact that you want him back. It's not time to play the blame game, admit to your wrongs and point out why you thought the relationship came crashing down. Try to look into your relationship as an outsider, that helps.

Should I write a closure letter to my ex?

I believe that writing for closure always helps, whether or not you should send it is a whole other ball game. It's good to reach that point where you are ready to come to terms with the death of your relationship. Expressing it is even better, so, by all means, put your pen to some paper and write one. After reading it, if you know that sending it is a healthy route, go ahead.

How do you make your ex regret losing you?

Live as if there's nobody looking, do new things, and meet new people. For the most part, that's the best way to show someone that they aren't the air you breathe. He may or may not be expecting you to be a wreck after the split. So, do yourself a favor and move on or at least act as if you have. Hang out with friends and family, who'll shower you with all the attention you need.

Whether or not you want to communicate with a past boyfriend is a personal decision. But, I do hope that you like this one article and it gave you an epiphany of sorts.

I'm all for other people's opinions and takes on things, so equally drop a comment below. Even more, share this article with someone because as cheesy as it is, we all know that sharing is caring.

You May Also Like
Why Is My Ex Ignoring Me? (16 Little-Known Reasons)
No Comments
What Does It Mean When A Guy Talks About His Past Relationships? (9 Baffling Things)
No Comments
Do Guys Hurt After A Breakup? (8 Hidden Signs)
No Comments

How To Live With Someone You Hate (13 Cordial Ways)

He Rejected Me (11 Ways To Handle The Situation Smoothly)

How To Stop Liking Someone (15 Foolproof Ways)

21 Warning Signs Of Financial Irresponsibility In A Relationship