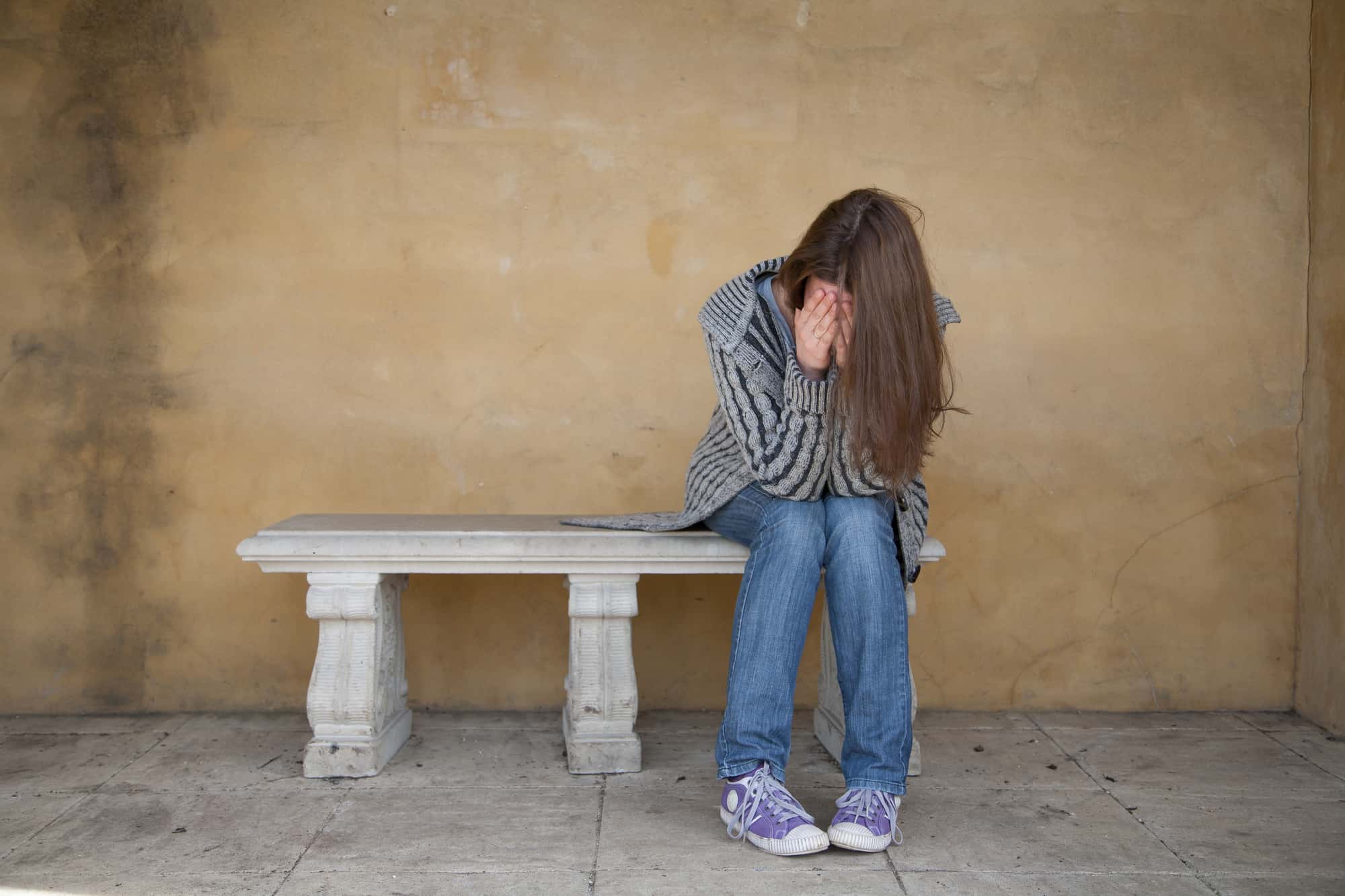 Is My Boyfriend Ashamed Of Me? (9 Worrying Signs)

One of the worst feelings anyone can have is that of being an embarrassment to someone. It’s not a good feeling, and definitely not something anyone should feel in a healthy relationship.

Maybe it’s the fact that they don’t invite you to hangouts, constantly tease you or constantly ignore you, especially in public.

You may feel like he’s embarrassed by you, but it’s important to be 100% sure, so let’s go through the signs together.

9 Ways To Tell If Your Boyfriend Is Embarrassed By You

1. They Make You Feel Insecure

An important part of dating someone is being comfortable around them. Frequently, insecurities occur from inner confidence issues, but in some cases, other people can make you feel insecure about yourself. It may be as subtle as the looks you’re given, or the lack of compliments, or even the remarks made towards you.

If you feel uncomfortable around your partner and you feel you’re constantly trying to measure up to the image they want you to be, it could indicate that they’re embarrassed by you.

2. They Constantly Dismiss You

If you notice that your partner has a nark for dismissing your statements or cutting you off when you’re still talking, it shows that he doesn’t respect you, and isn’t proud of who you are.

Someone who is proud to be with you will constantly be eager to hear what you have to say. They’ll want to know every bit about you, and wouldn’t attempt to downgrade your statements.

3. They Control Your Appearance

It’s normal for your significant other to make suggestions about your appearance, but it becomes a problem when they try to control how you look. Does he constantly criticize your looks, tell you to change what you wear, or frown at your hairstyles?

Your partner might be an expert in this field, but his opinions should be left as an option, and should not be enforced. If you feel pressured by your partner to look a certain way, it might indicate that they’re embarrassed by you, which isn’t healthy in any way.

4. They Don’t Introduce You To Friends Or Loved Ones

Being introduced to your partner’s friends or even a loved one may not happen at the early stage of any relationship. However, as time progresses, you will know when some of these things should happen.

Has he ever received a phone call in front of you? Or at least given you the phone to speak with his family or friends?

In any case, if you feel like your partner is reluctant to introduce you to people close to him, like friends and family, it’s possible he’s embarrassed by you. Some guys may delay introducing you to their family, but at least, their friends will know about you. Guys are very sleek with these kinds of things, they’ll rather come to your place than have you come over.

If there’s a party, they might even insist you go separately, at this point, you can safely say “my boyfriend is embarrassed of me,” because it’s probably true.

5. They Don’t Make Plans With You

The major essence of being in a relationship with someone is being a part of their future. Anyone who wants to focus only on the present doesn’t see you in his future.

The future is bound to come up at some time, and if you notice he’s reluctant to make plans about it, he may not truly be proud of the relationship. If he isn’t thinking about spending his life with you, this, in itself, is a bad sign.

Not everyone feels comfortable posting their relationship status on social media. It may take some time to get used to things, especially if the relationship is new. However, if you feel like your partner is completely hiding you from the world, it’s a bad sign.

Does he post your pictures on social media? Or at least post a happy birthday message online? If not, he might be embarrassed by you. Even worse, if he posts about other people, but fails to mention someone as important as you, then he’s not proud of the relationship.

7. Dates Are Far Away From Home Or Always Indoors

It’s perfectly normal to enjoy spending time with your significant other indoors, but it becomes a concern when it’s the only thing the both of you do. If there are better options as opposed to staying home, then there’s something going on.

Maybe he does take you out, but if he chooses far locations where it’s impossible to bump into anyone he knows, then it reveals foul play.

8. He Downgrades You In Front Of Others

When your partner eventually introduces you to people, it’s important to watch how he does it. If he talks about you in a downgrading manner, then it shows he’s embarrassed by you. If he has already introduced you to people, and you didn’t get a hint of pride in his introduction, then it simply shows how proud he is of you.

Your partner is supposed to talk highly of you, regardless of your flaws. No one should feel downgraded by their partner’s words, whether in private or in front of people.

9. He Fails To Mention You’re His Girlfriend

Another important thing to look out for when your partner eventually introduces you to friends is whether he mentions you as his girlfriend. If he introduces you with just your name or calls you his ‘friend’, then it’s a red flag.

If he’s too embarrassed to call you his girlfriend, then you should reconsider why you’re in a relationship with him in the first place.

What do you do when your boyfriend is embarrassed of you?

If you find out your partner is embarrassed by you, you should reconsider the entire relationship. In the long run, such an association will affect your self-esteem and question your self-worth.

Can you love someone and be ashamed of them?

Love comes with value and respect, and couples should work to improve themselves. Your partner may only protect you from people that wouldn’t accept the relationship but should not be embarrassed by you.

What does it mean when someone is ashamed of you?

Someone who’s embarrassed by you doesn’t value who you are as a person. Being ashamed of someone you love doesn’t speak well of the relationship. In a nutshell, they’d prefer it if you were someone else. In such a situation, you would never be able to truly satisfy them.

What are the signs that your boyfriend is tired of you?

If your partner can’t listen to an entire conversation with you or spend an ample amount of time with you, it shows that he’s tired of you. The problem may or may not be from you, but it’s important to find someone that makes you feel wanted.

How do you tell if your partner is using you?

If you feel your partner’s feelings fluctuate more than expected, he could be using you to pass the time. If he’s hot about things one moment and is instantly cold the next, he might be playing games with you.

Did you enjoy reading through this list? If your complaint is, “My boyfriend is ashamed of me,” you should never be too afraid to end things to meet someone who will truly value you. Leave a comment below, and share this article with friends if you liked it. 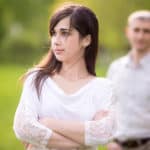 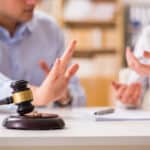 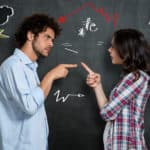 When Your Spouse Says Hurtful Things (21 Ways To React) 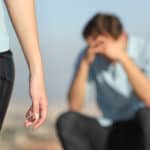 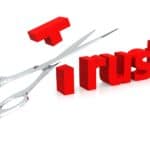 What Is Considered Cheating? (9 Main Examples) 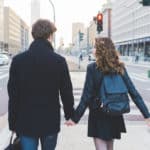 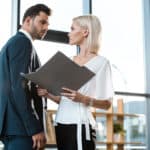 He Stares Into My Eyes Deeply (11 Intriguing Reasons)

120 Sweet Things To Say To Your Husband

113 Sexting Examples For Him