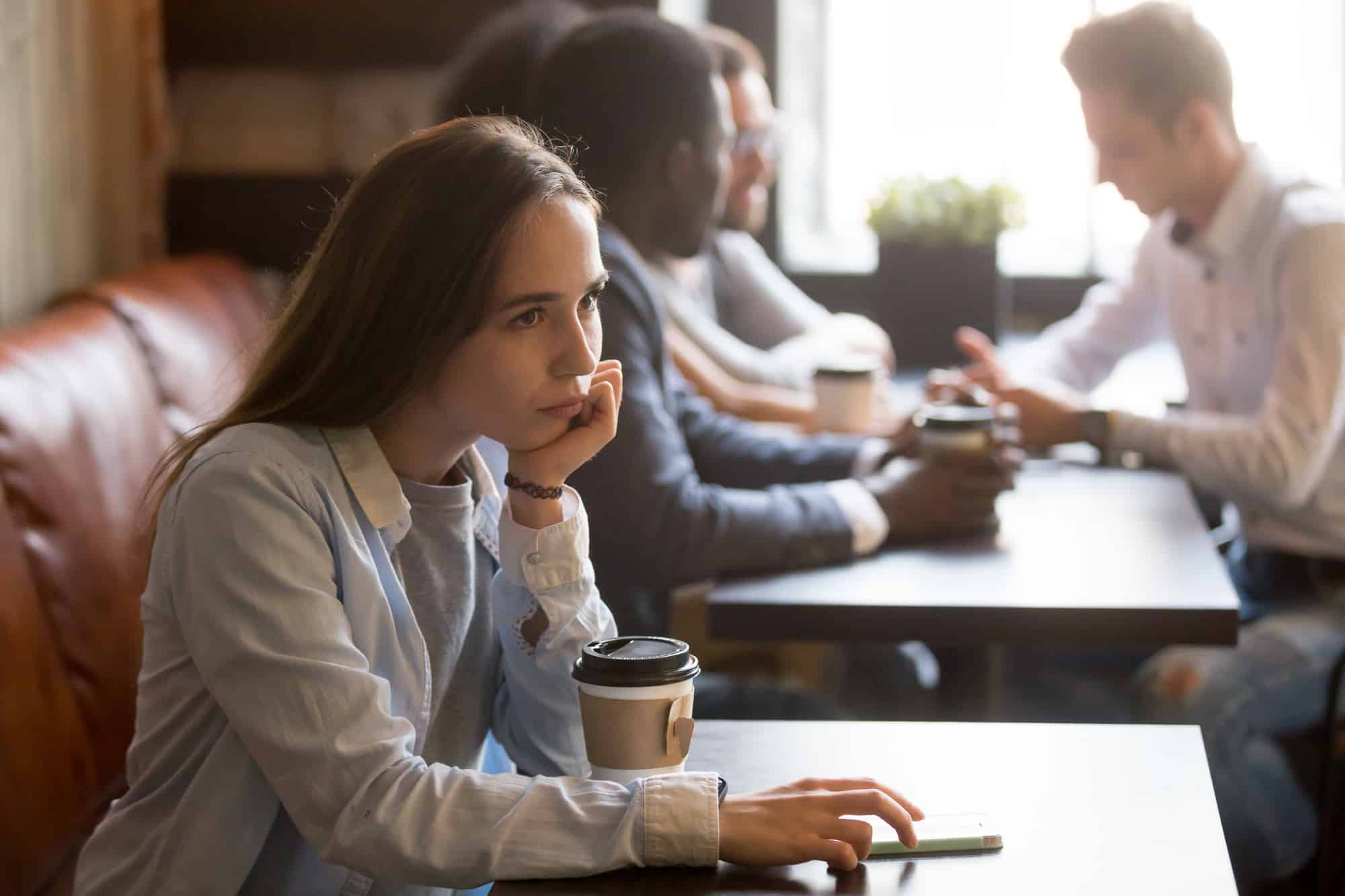 Is He Blowing Me Off? (9 Real Signs He’s Trying To Get Rid Of You)

Has the questionable behavior of your man caused you to ask yourself, “Is he blowing me off?”

That’s never a good thing. Of course, there are times when a guy has a legitimate reason for not responding to your texts, calls, and social media messages. Maybe there was a death in the family, and this is just his way of dealing with his emotions.

I had one guy who blew me off on a regular basis, making me wonder what the heck was wrong with me or what was going on with him. Today, for a guy to blow me off would be like a slap in the face because I wouldn’t know what to think about his behavior.

If you are sitting in limbo, wondering what’s going on with your boyfriend or date, don’t worry. We are going to cover the top signs this guy is blowing you off. Plus, we’ll look at how to respond or react to such behavior.

Top Signs He Is Blowing You Off

1. He never answers his phone

Here’s an interesting thought: Does he answer his phone when he’s with you? Well, there you go! It does, indeed, work; it’s not the old “broken cell” excuse that’s causing him to never pick up. You may want to take this as a sign that he doesn’t like talking on the phone with you. That’s not a good sign, but at least you now know.

To me, this is the most annoying thing ever. How does a guy expect to successfully date you if he always leaves everything “up in the air?” Guys often do this to avoid commitment because they want to keep their dating options open.

3. He takes forever to respond back to you

Does he only call you back at times that are convenient for him, not ever you? Don’t shuffle your schedule around to wait by the phone, hoping that he’ll call. If you think you are that kind of girl, consider reading the book, The Rules. It will quickly teach you how to play hard to get and let guys come to you rather than you chasing them!

4. He tells you he doesn’t want to be in a relationship

While this may sound like a rather obvious sign, it is something that some women choose to ignore. It’s true that he may change his mind down the road and want a relationship to work out, but if he’s said no, you should listen.

5. He talks about other women

Everyone loves hearing and talking about others. It’s fun to tell stories and listen to interesting things, but watch out for the guy who talks endlessly about other women! It may be his means of telling you he isn’t serious about you.

6. He has an excuse for everything

Of course, there are plans he will need to change for funerals and whatnot, but be smart. If he has a funeral or a dental cleaning every week, you may be being ignored on purpose.

Are you craving that quality time with him, as you see in the rom-com movies? Some men just don’t have it in them to give you this. Text him to see what’s up to find out why he really isn’t making an effort to see you more.

8. He ditches you during dates

This almost goes without saying, but if you are with a guy who leaves you during a date, especially after receiving a mysterious text or call, you should take caution.

9. He gives you excuses that easily fall apart

You see him on social media when he swore he was going to his grandmother’s house to tend to things, and you know there’s no Internet signal there. That’s got to make you wonder what’s up. Investigate his stories a little. If they don’t, move on to a man who will treat you with honesty and respect.

What To Do If A Guy Is Blowing You Off

Psychology Today suggests facing the feelings that this person is making you feel by expressing them. This way, you won’t have to worry about getting depressed or becoming obsessed with the answers behind the mysteries that are going on.

You may want to try writing in a diary or journal; you could even write him a letter; just don’t send it. That’s a pretty therapeutic way to deal with this crushing behavior.

If you aren’t receiving a response and do not know what to think, you might want to write yourself a script and leave one last message on his voicemail, explaining that you feel like you are being given the “brush off” treatment and that you’d just like to know one way or another.

How can you tell if someone is blowing you off?

The biggest sign that something is up with the guy you are dating is that you have a one-sided relationship, where you initiate communication and don’t feel like there is any reciprocation. You need to stop thinking about this person and move on with someone who will treat you better.

Why do people keep blowing me off?

If you find that people are acting this way, you may need to do some self-reflection. How do you behave in a relationship? Are you acting one way, then changing your behavior to act another way for no particular reason? Inconsistent or selfish actions can easily turn people off.

How do you respond to being blown off?

Blowing someone off is not cool, so if this is happening to you, you should take action and end the relationship. Get involved with someone who will value who you are, a person who wants you as part of their daily life, and shows this through their actions.

How do you know if a guy has ghosted you?

You may not be able to tell if the guy is very clever and knows how to hide or block you from every method of communication. However, most people who are ghosting aren’t this sneaky. Just look for him on social media to see if he’s still alive, at least.

How do you know a guy is losing interest in you?

Many guys will just flat out say that they want to date other women. Some guys are not this nice and prefer to make you wonder if you are still a part of their life. He may blow off plans with you a lot!

If you suspect you are getting the brush off, stop dating that person, so you are available for more healthy relationships. Don’t let anyone make you feel worse about yourself. Instead, hold your head up high and say, “Next!”

I’d love to hear your thoughts on the subject; please comment!