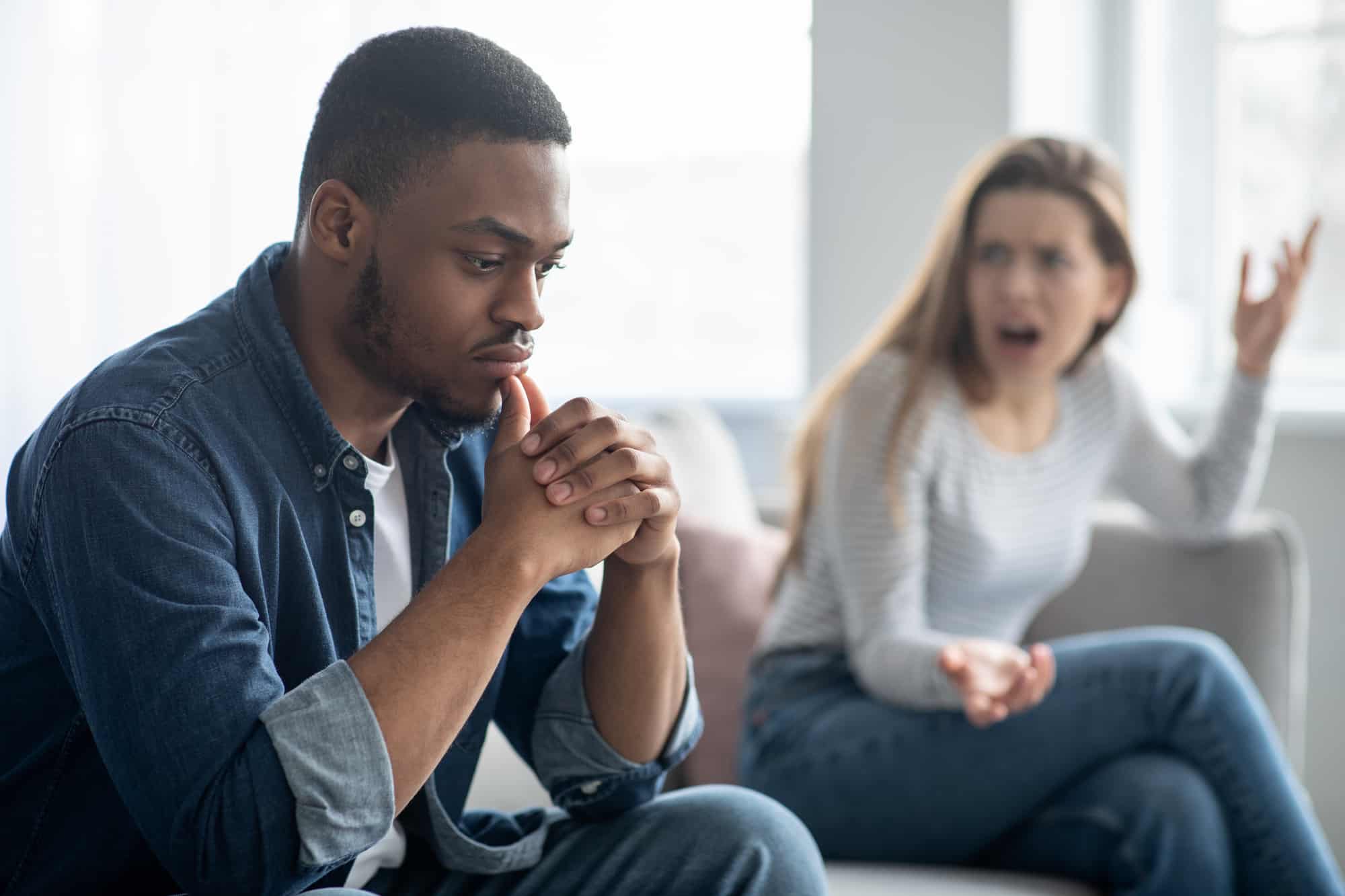 It’s not uncommon for an Asian woman to date a Brazilian man, or an Indian man to be in a relationship with a Caucasian woman. Interracial relationships come with their own unique set of hurdles that couples might run into.

Interracial relationships come with their own unique set of hurdles that couples will have to jump over to make things work. Different cultures all face different struggles and have different values.

For example, Asian culture values work ethic. To them, a relaxed lifestyle such as the one seen in Spain is a lazy one that they cannot relate to. There are several differences that races will face, and they have the struggles that society places on interracial marriage.

When couples have different values, it often leads to one person in the interracial relationship being confused about the other one, if not both people. Some people value the creation of wealth over anything else while others value family life and quality time together over anything else. This can create tension inside an interracial marriage.

This doesn’t mean that two people with different values cannot be together, however. If both people are able to respect what the other one values, this relationship will work out just fine. For example, the person that values money should work more to feel proud of themselves while the other should do what makes them happy.

A lot of couples attempt to ignore racism. They brush off comments from other people. They ignore the distasteful glares and turn their head. However, this hot topic is in the life of someone you love. That means that it should not be ignored. We all face stereotypes and racism at some point in our lives. However, we don’t understand the struggles that other races go through.

In interracial relationships, it’s important not to shut down or ignore racism. Instead, discuss this with your partner. Let them open up about how they feel dealing with racism, and try to genuinely understand their struggles. Last, don’t act like you know what other people go through, and do not stereotype people of different races. This is beyond offensive.

This can also open up the conversation about what you will deal with throughout the relationship if you are new to interracial relationships. It can be hard to deal with snide remarks, public discrimination, or disapproval from family/friends. In these situations, your spouse will be your biggest supporter, so you should feel comfortable discussing your concerns and any type of conflict with them.

3. Forget what you think you know

Do not stereotype your partner. Imagine that someone brought you Starbucks every day because you’re a Caucasian girl. Personally, I love Starbucks, but someone that doesn’t would be offended by the stereotype.

African American people do not all love watermelon. Indian people do not instantly enjoy curry. Germans don’t instantly drink beer all day. These are common stereotypes and can be offensive. Instead of making assumptions based on race, genuinely get to know your partner.

Also, try to let stereotypes slide a little bit in the beginning. Some people might make a joke thinking it is funny, but this doesn’t mean they are racist. Often, people can do this unintentionally. Instead, use this as an opportunity to educate them or discuss your histories together.

4. Be prepared for hostile family members

Older members of the family are often set in their ways. This means that they like traditional dishes their family cooks, and they might not agree with interracial marriage. While this does not apply to all families, it is definitely something that an interracial couple might have to deal with at some point.

If you already know that your family will feel some type of way about your partner, don’t let them find out on their own. Instead, have a very real conversation about this. Also, speak with your family regarding your own view on being an interracial couple, how times have changed, and tell them that you expect them to respect your boyfriend or girlfriend. If your partner feels respected and supported by you, it will make a world of difference.

It’s also important to have a conversation with your partner about this. Discuss your different backgrounds, and the views that your family had on ethnicity growing up. If there was prejudice present, don’t try to hide it. Instead, bring that into the discussion as well.

In my experience, most people don’t care if your family was racist generations ago. Instead, they care about how that has impacted you, and what your feelings are.

While this is not always going to happen in an interracial relationship, it can. Some people tend to act superior because of the stereotypes that their race has, such as black men being better in bed or white men being the superior race.

If your partner makes comments about this, it’s a red flag, even if they’re joking about it. Have a serious conversation about how this makes you feel. If the behavior doesn’t change, it is not a good sign for interracial couples.

Likewise, watch out for those that make comments regarding your skin color. For example, the classic “you’re pretty for a black girl” comment. Comments like these might seem like they were intended as a compliment, but if you hear them enough it will breed resentment.

While many cultural differences will come up throughout an interracial marriage, one of the primary problems a couple will face is a difference of opinion regarding raising children, and a complete lack of knowledge regarding what to do when it comes to their race.

We see this when a person has an African American child but doesn’t understand what to do with their hair texture. An Asian woman won’t know to teach a child of a different race about how to deal with the specific racism that they will face in the world.

Not only are there differences about how they will have to deal with the world, but there are cultural differences that couples will deal with in everyday life.

For example, Latino mothers often give young children coffee at a young age. Other parents might frown upon giving any child under twelve a cup packed with caffeine and sugar. It’s important to discuss these differences openly before having children, and while raising children. Communication and compromise are key to making an interracial marriage work.

7. Lack of communication can break an interracial relationship

Communication is extremely important in any relationship, but it can break apart one of these relationships. Communicating about key cultural differences that couples are bound to run into is extremely important for interracial couples. Interracial couples should discuss topics that cultures often disagree on, such as religion, children, birth control, finances, family life, sex, and even holidays.

For example, two people from different religions will celebrate different holidays when December rolls around. Which holidays will you celebrate as a couple?

Public harassment is not as bad as it was years ago, but it still runs rampant. Those that have never been a part of an interracial couple will be appalled by the treatment of both themselves and their partner. Those in interracial marriages have told tales of being spit on, beaten up, and even pulled over by the police simply because of the color of their partner’s skin. This remains a problem that interracial couples are bound to have to deal with.

10. Your own children can be offensive

One thing that interracial couples are often not prepared for is the offensive behavior from their own children. Those in interracial marriages are often happy to have a child, but then the child comes along with two heritages. They might reject one heritage in favor of the other, or choose to only identify as a portion of their race.

Some children might refuse to acknowledge that they are biracial. Others might think they have a different father than they really do. In addition to the unintentionally offensive behavior from strangers, interracial couples will have to learn to address it with their own children.

When you’re in an interracial relationship, race issues become more important. This isn’t because they weren’t important before, but it’s because you begin to advocate for the ones you love with all of your heart. You would die to protect them, and that means taking on the world.

Race issues might also be important to the one that you’re dating.

Questions such as how you feel about the Black Lives Matter movement might come up during the “getting to know you” phase. This is seen a lot in modern interracial couples because it’s important to make sure that the other person has the same values as you do.

Why do interracial relationships fail?

Most interracial relationships fail because of a lack of communication and not understanding the key aspects of the other person’s culture before marriage. These partnerships take a great amount of consideration, patience, and communication.

What percentage of relationships are interracial?

Although there are more interracial relationships now than before in history, they are still not in the majority. A mere 15% of all new marriages are interracial. It’s important to note that this statistic is based on marriage, and does not include casual relationships or those that are engaged, so it’s probably much higher.

What percentage of interracial marriages end in divorce?

Interracial marriages have a greater divorce rate than other ones. On average, those that find themselves in interracial marriage are 10% more likely to get divorced than those that are not. This is believed to be because of the higher level of stress that these relationships face.

How do you get over a struggle in a relationship?

In order to get over a struggle in a relationship, you must be able to properly communicate with your partner. Compromise and empathy can also go a long way in helping you have success in your partnership.

Which race has the highest divorce rate?

Overall, African American women have a higher divorce rate than any other race/gender combination across the nation. More black women will face divorce in their future than Caucasian women, Hispanic women, or any race of man. This single statistic is startling.

Have you ever been involved in an interracial relationship? What were some of the biggest challenges that you faced?