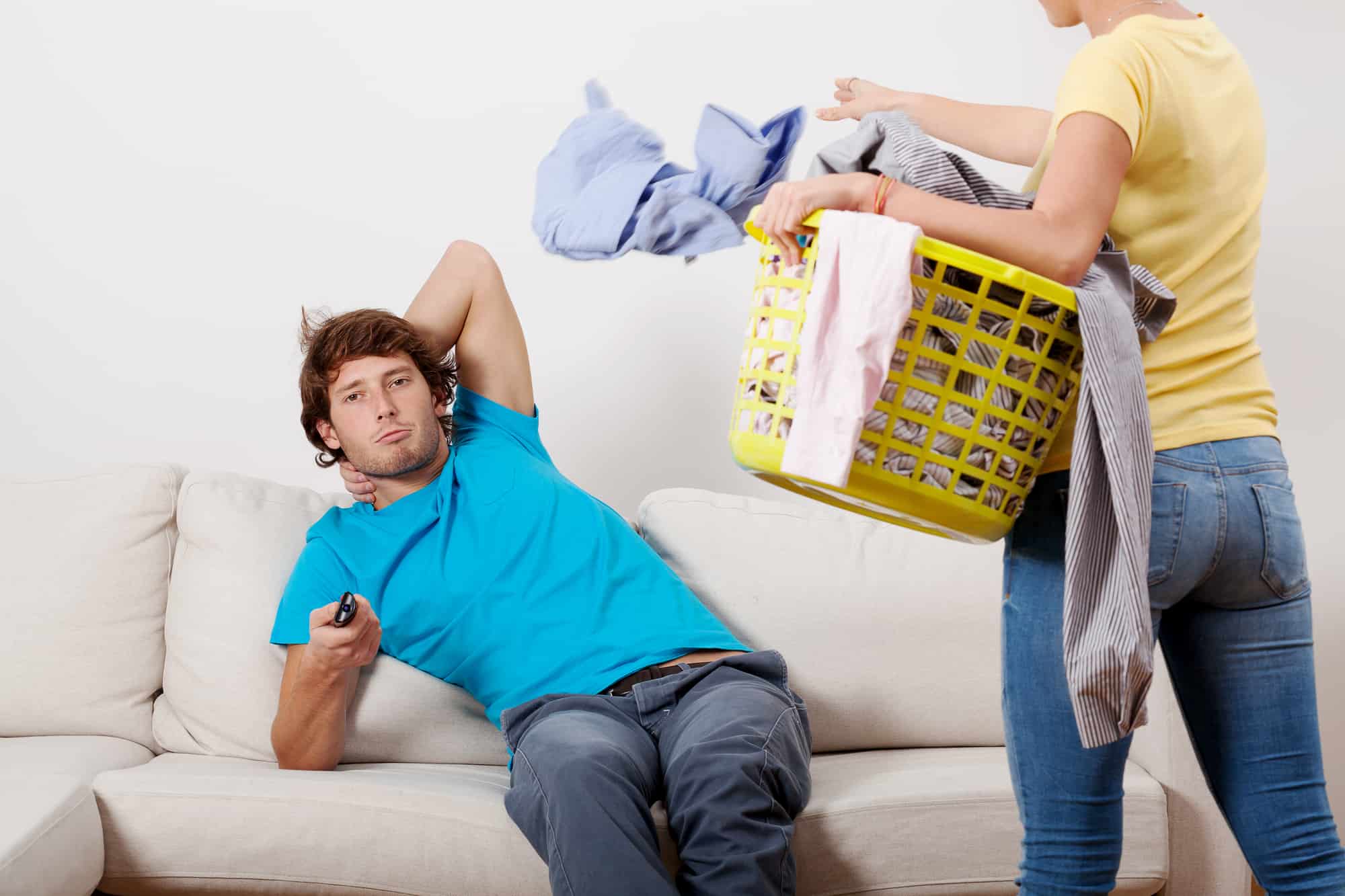 Life can be frustrating when you're dating or married to someone who is emotionally immature.

My aunt once told me that you have to ‘raise your husband before you raise your kids’ was an expression that I did not understand - until I was in a true relationship. And while most men are childish in their own ways, for some women their man is an emotional maturity disaster.

If you are one of those women coming here to look for some coping skills on how to deal with your Peter Pan for a husband, you’ve come to the right place.

Kelsea Ballerini’s song Peter Pan hits the nail on the head when it comes to describing what is known as “Peter Pan Syndrome.” While this is not an actual ‘diagnosis’ in the world of psychology, it is often used as a more polite term for ‘man-child.’ A man who does not want to grow up, take responsibility for his relationships or actions, or do anything considered ‘grown-up.’

Unfortunately, there are a lot of reasons why a lot of our boys nowadays suffer from this frustrating emotional disconnect.

He could have had a childhood where he was left to fend on his own and didn’t have guidance to emotional maturity. Maybe he was spoiled and never had to be taught accountability or wasn’t told ‘no’ enough. Maybe he feels victimized by the world and thinks the world and the universe owe him something.

Either way, here are some signs that your husband may be immature.

Signs Of An Immature Husband

1. He cannot have an adult conversation

From petty disagreements to major problems in the relationship, your emotionally immature man cannot have a discussion about something without getting defensive, angry, or irate. He will slam doors, cuss at you, hang up the phone, and sulk for a week if he doesn’t like the things that you are saying to him. And unfortunately, if this doesn’t change, the relationship may not work out. Communication is essential for relationships, and this immature attitude makes it impossible.

An emotionally immature man will have neither have had a job or will have an issue holding onto work. One way to tell if someone has an unstable immature mindset is to look at things like their resume. If they work at one company for only a few weeks or months at a time before being unemployed again, that's how you know this person may not be mature.

These people will get fired from their jobs a lot or will have a lot of excuses every time he quits others. They will also get defensive when you bring up work to them while they are in between jobs.

3. He will have an issue committing

Did it feel like it took a miracle to get him to agree to be in a relationship with you? Do you feel like you are constantly competing with others for his attention? Does he make it obvious that he is with you to other people? If not, then he may not be mature enough for the relationship that you think that you are in. Be careful, because these kinds of people have no problems with giving attention that they’re only supposed to give you - to someone else.

4. He is not reliable

Emotionally immature men can’t seem to do anything they say they’re going to do. They can’t show up on time, you can’t leave the kids alone with them, or can’t seem to call you at a decent hour. And yet they will act as if you are in the wrong when you stop relying on them.

5. Everything is a joke to him

Someone who cracks jokes in the middle of a heated or deep discussion, someone who deflects with humor, or changes the topic to something else can be considered immature.

6. He is never there for you when you need him

Does it seem like every time there is a crisis he is never there for you? Emotional immaturity leads to the inability to cope with reality. Whether that be a flat tire, a dead dog, or whatever the case may be - someone who is incapable of being reliable is not emotionally mature, and this could make you feel alone or unsupported in the relationship.

7. He may abuse substances

Being emotionally unstable and immature, he may turn to substances that make him feel like he is more ‘in control’ or maybe even more ‘numb’ to the reality around them. He may have unhealthy relationships with substances such as drugs or alcohol.

8. Uses avoidance as a coping mechanism

When something bad happens, immature people will avoid the issue. Some people choose to sleep right through the issue, others will play video games for unreasonable amounts of time during the day, or maybe they will just leave and ‘wait for things to cool down’ while offering no support.

9. Depends on his parents at an older age

If your man is closer or older than thirty and still lives at home with his parents, or depends financially on his friends, family, or parents, then you can consider him officially a ‘man-child.’ He cannot or will not support himself. Unfortunately, this means that his parents are enabling his actions, and so long as they continue to provide for him, he most likely will not improve on this.

10. Cannot express themselves in healthy ways

Immature people do not have the capability of showing their emotions in healthy ways. They may shut down, get defensive, use emotional manipulation to get what they want, or all-around just express their feelings in hostile ways.

11. He doesn’t have the ability to see his behavior as harmful

Immature people are virtually incapable of taking responsibility for the things that they are doing wrong. They will blame you, their mom, the rain, or anything else that they can blame instead of actually analyzing how they handled the situation to see how they can improve.

12. His friends have the same attitudes as he does

Usually, his friends will act and think the same way that he does. You attract like-minded people, and if you are immature you are not going to attract successful businessmen as your friends.

13. Have never been in an ‘adult’ relationship

Looking at their track record with other people, you’ll notice that they talk a lot about relationships that seem rather toxic or immature. It's perfectly possible to be in a long-term relationship and it never truly reaches that ‘adult’ stage.

When you are in an adult relationship, you are working together to provide for each other, care for each other, and lift each other up. It requires communication, dedication, honesty, and trust. Emotionally immature people are not quite capable of reaching this stage of mentality.

How do I deal with an immature husband?

It's easy to get the notion that you have to ‘deal’ with an immature spouse, or ‘fix’ them. However, it’s important to realize that you are not responsible for changing their ways. You will need to find ways to cope with them until they mature or until you leave. You can point out what they are doing, that way they are aware of it, have discussions on how their actions are affecting your relationship with each other, or seek out a therapist for the both of you.

What are the signs of emotional immaturity?

Immaturity in men or really anyone is usually easy to spot. They will not be able to commit to solid plans, they won’t help you when you need them, you’ll find that all the responsibility of life is on you and you may feel like you have no support, your husband may play too many games or not seem to take anything seriously. These are all signs that you are dealing with an emotionally immature person.

How do you live with an emotionally immature spouse?

Make sure you are doing self-care routines to keep yourself as destressed as possible. Work on making sure that your actions are not enabling your immature spouse to continue acting the way they have been acting, try having short discussions, or moments where you spurt out how you’re feeling so that they have something to think about.

Can an emotionally immature man change?

I am a disbeliever that people ‘change.’ What I do know is that people can improve. Every single person on this planet can improve, and no one person is perfect. Emotionally immature men are of those. And remember, men grow slower than women anyway, it is scientifically calculated that men reach emotional maturity at a much later age than women. Sometimes they just need guidance, and a strong person to endure their growing pains.

How do I make my husband realize my value?

I am a bigger believer than others about how most people do not realize what they have until they lose it. If you are feeling unappreciated and regular adult conversation about the problem doesn’t seem to help, then stop doing all the things that you usually do for him.

If you start saying no, and distancing yourself and maybe stop doing a majority of the little things that you do that he doesn’t seem to appreciate, there are only two things that will happen: he will realize it, and make a change. Or he won’t, and you’ll end up leaving.

Is Your Partner Emotionally Immature?

Vent to us in the comments what some of your daily struggles are with your immature spouse, or tell us some of your tips and tricks on what you did that helped your partner grow more mature in your relationship! Share this article with your friends and as always - thanks so much for reading!