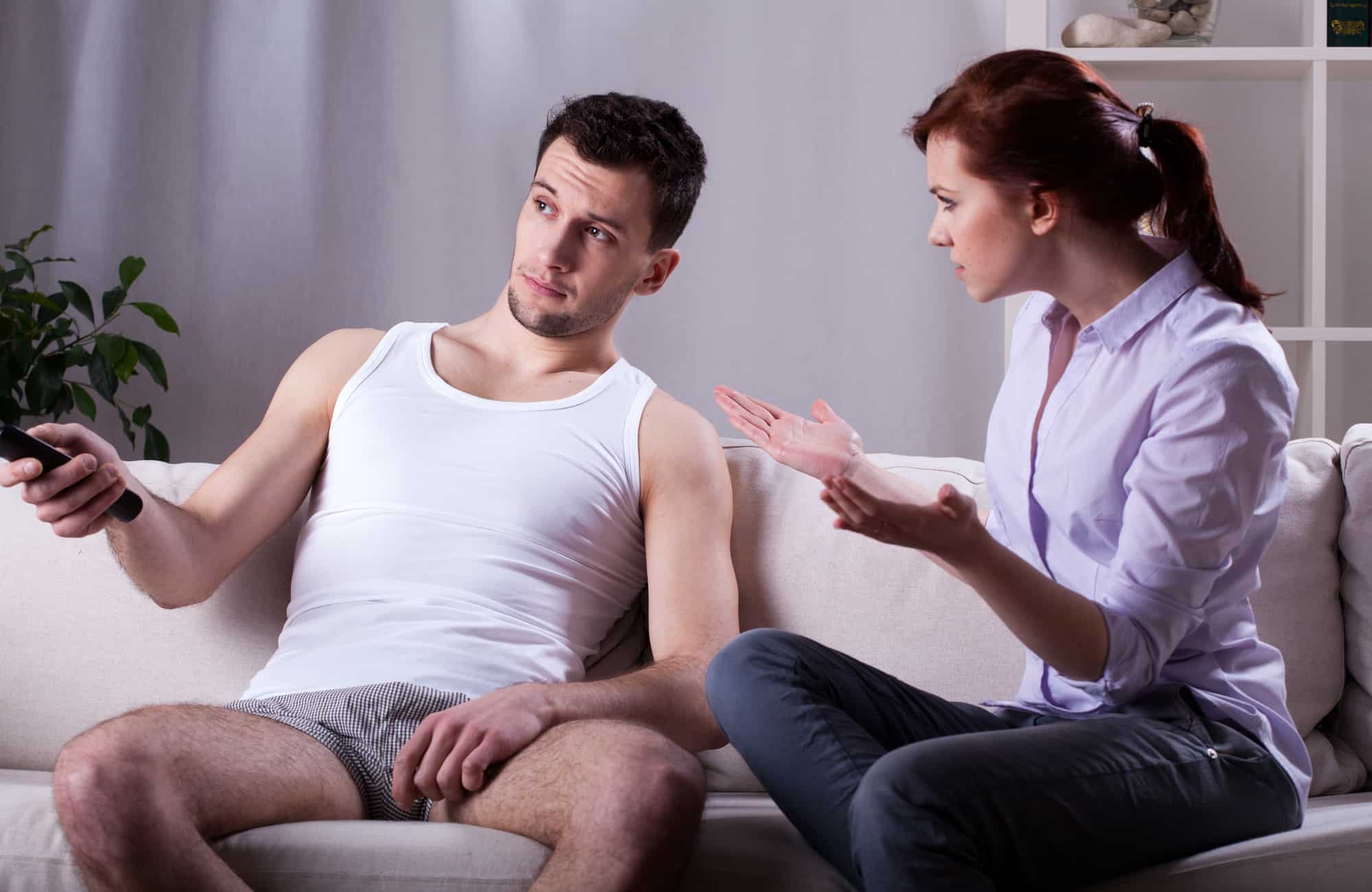 The bills are piling up at home and he’s still unmotivated to find a job. Maybe, he has a job but simply refuses to go to work. Either way, it does nothing but makes the finances that much worse. If you have kids, it’s even more stressful. One way or another, something has to be done about it.

The first step in solving the problem is to see if there is an underlying cause. Then, it’s important to address the issue. These tips will help you both get to the root of the problem, and figure out what to do about it.

How Do You Handle It?

Before attacking him or divorcing a husband who won’t work, it’s important to discover underlying issues that might be preventing him from finding a job.

People that suffer from clinical depression, for example, often have a difficult time working full time. Men are also discouraged from discussing things such as low self-worth and problems with their jobs. This often leaves us, women, in the dark, and it’s time for those problems to come to the light.

2. Find out what he’s thinking

If your husband won’t work, there is more than likely a reason. Have a conversation with him to find out what his thoughts are regarding working. Don’t pressure him or treat him like a child. Instead, talk to him as you would any other loved one. Remember that some of the most common reasons for this include:

If you’re unable to find the problem, and he seems to be clueless, it’s time to seek outside help. Counselors can often help determine the cause of demotivation in people, whether it be depression or simply a lack of work ethic. They can then make referrals based on their findings to get your husband the help that he needs.

Don’t keep quiet about the bills piling up, or how hard it is to afford things without him working. Instead, let him know that the emergency fund ran dry long ago. Tell him about the disconnect notices. Then, make sure that he knows that you need him to get a job and help out.

If he feels not needed, this should help. If he cares about what is going on in the home, this can open his eyes. It’s important to speak up.

If he’s been on the hunt for months, it could be that the job search is yielding little to no results. Men that have a certain skill have a hard time swallowing their pride and taking a low paying job more so than most of us women do. They can also be set in their ways, which means they might not know about a temporary agency that is hiring that just opened up. Offer assistance as you can.

First, this will show that you support him. Second, his reaction will tell you quite a few things. If he has an excuse for every position you mention, refuses to apply, or flat out does not accept offers because there is always something wrong with them, you have a lazy partner, which is why your husband won’t work.

If your husband won’t work because he feels that you should do everything in the home, including bringing in the money, then you’re going to get a lot of guilt-tripping, passive-aggressive behavior, and him blaming you. This is a red flag that most narcissistic partners will show.

Divorcing A Husband Who Won’t Work

After you have spent months or years trying to motivate him, divorce will inevitably enter your mind. It can be hard to decide whether to leave the one you promised to love for the rest of your life, but if you have no kids, are working your butt off and getting nothing out of the relationship, you’re already doing everything by yourself.

One thing you need to remember before discussing the D-word is spousal support. If you’re the breadwinner in the family, you could be required to pay him spousal support while he makes an attempt to find work. If the only reason behind the divorce is finances, it can be a bit counterproductive if you also have to support him once he’s out of the house. On the bright side, him not having a job will no longer be your problem.

Speak with an attorney

Different states have different laws regarding divorce, and what a non-working partner is entitled to. In some states, the judge will only divide whatever is acquired during the marriage. In other states, everything owned by either party is up for grabs. It’s important to know what the outcome might be before screaming for divorce.

Separate for a few

Instead of jumping straight into divorce, consider a separation. This is what a friend of mine decided was best for her, and her husband got two jobs. It forced him to be responsible or do without, something that never happened when the two of them were together. They were separated for six months. His astounding work ethic continued for years afterward, so this option is definitely worth considering.

How do you deal with an unemployed husband?

Be positive and supportive as he looks for employment. Remind him of his skills, respect his decisions, and make sure to point out a strength a day. During the pandemic, those searching for something that can help them not live paycheck to paycheck need an extra dose of positivity.

What is a deadbeat husband?

How do I fix my marriage when my husband doesn't care?

Try to be more positive. Say I love you anyway. Have sex like you did at the beginning of the relationship. Ask him about his day, even when you get a grumbly “it was fine” in return. Do this for three weeks and see if he starts to come around. If not, counseling might help.

How do I live with a lazy husband?

Communicate with him. Do not do things for him as though he is your child (this will result in a parent/child relationship), point out his laziness, and encourage him to be more motivated. Maintain your own positive attitude, and make sure that his laziness does not spill into the rest of the house.

What are the rights of an unemployed husband in a divorce?

During a divorce, the unemployed person may be awarded significantly more than the employed person. They may be entitled to spousal support. The division of assets may result in them getting more because they have higher needs due to unemployment. Speak with an attorney if your husband is unemployed.

When your husband won’t work, it can be frustrating. It puts an extreme amount of pressure and stress on the employed person in the relationship. Do you think it’s fixable? What would you do in this situation?

You May Also Like
Is My Husband Gay? (8 Sure Ways To Tell)
No Comments
What To Do When He Doesn’t Call (8 Important Things)
No Comments
8 Insecure Man Mind Games (And Ways To Handle Him)
2 Comments