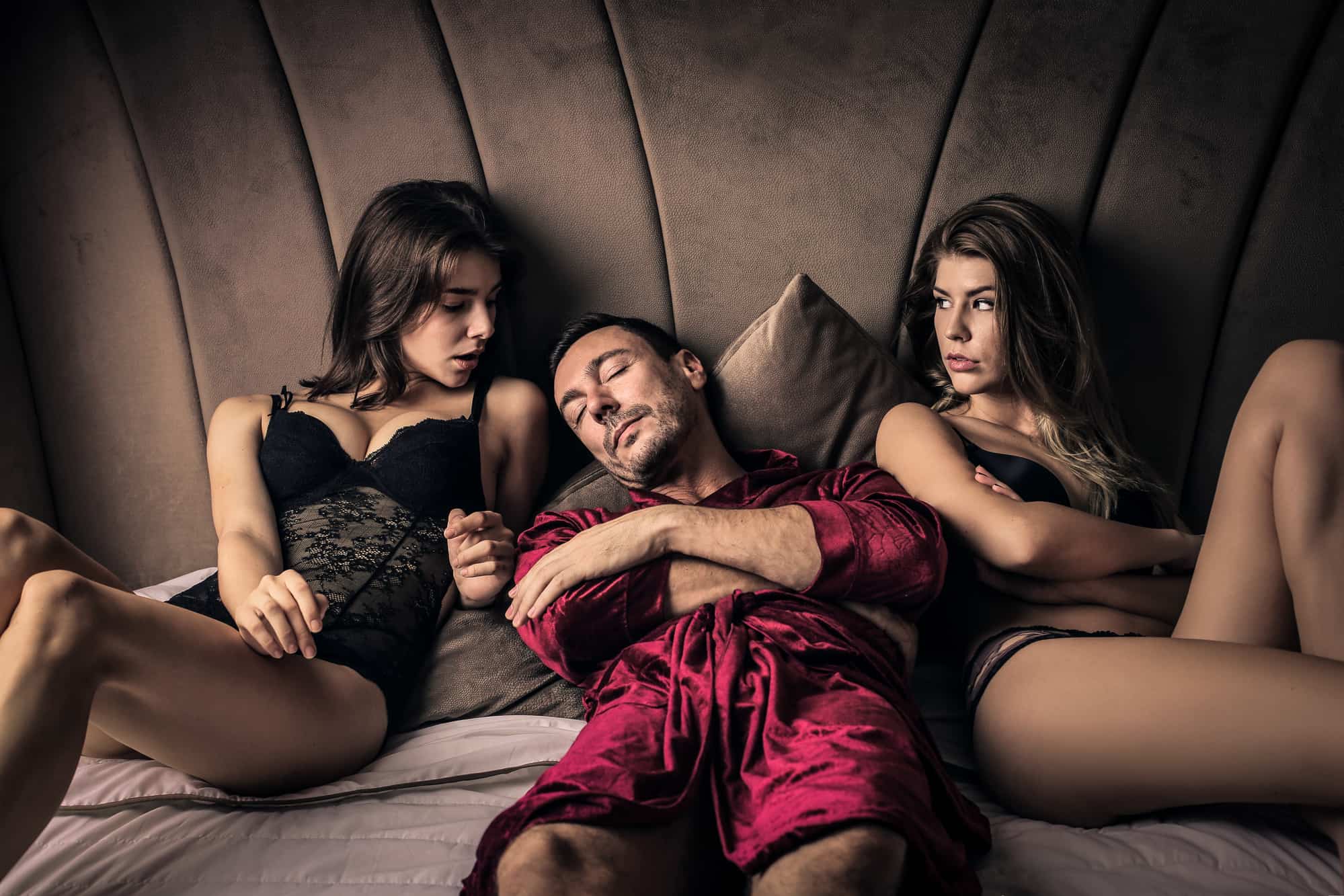 Most people have sexual fantasies that they really wish they could bring to life, but sometimes they either don’t have the confidence in their sexuality to do so, or they aren’t open and don’t know how to communicate with their significant other about what they want in the bedroom.

1. It’s a sexual fantasy of his

There’s nothing wrong with having a sexual fantasy and making it come to life with a partner, as long as it’s all consensual and enjoyable for all people involved.

2. He’s trying to spice things up for you both

3. He may want to cheat on you

This will be pretty obvious if this is the reason, and a vital clue is if your husband comes to you with the idea of introducing another woman in particular into the bedroom.

2. Clarify whether this is an ongoing thing or a one time fantasy

It’s really vital that you broach this before going ahead with anything because you don’t want any problems to occur further down the line. In addition, clear communication when it comes to situations like these is absolutely essential.

Obviously, you’re in the relationship too and you don’t have to say yes to everything that your man desires. So you need to take some time and really think about this, as inviting a third person to join in with you and your partner having sex is a big deal.

Even if you’re completely comfortable with your partner and you have faith and trust in the relationship you share, you need to think about what it would feel like to see them be sexually intimate with another person.

4. Will it be another woman or another man?

However, you might be completely up for it if the third person was to be a man, but not happy if another woman is involved. Therefore, you both need to decide together whether you’re going to have a man or a woman join you in bed. Perhaps the two of you would actually be more suited to having a foursome - just something to think about.

It’s normally best not to choose someone that either of you knows too well, just in case things get awkward or it doesn’t go well. You may prefer to search for your third person on dating apps or sites that can link you with likeminded people.

7. Make sure there are specific boundaries laid out beforehand

So, you’ve found your third person and you’re all ready to go, but before anyone does anything, you need to set out boundaries. You may find it useful to first discuss boundaries within the relationship as a couple, and then with brief the third person, or speak about it altogether.

Is there anything that you definitely are happy doing or seeing get done to your partner? Is it a once only kind of thing? Where will you have it? What if it gets uncomfortable for anyone? Lots of questions need to be answered and everyone needs to feel comfortable, happy, and consent before even one kiss gets exchanged.

8. Go for it but feel free to stop if you don’t feel comfortable

To End Things Off

Your relationship is between the two of you and therefore there has to be mutual decision making and consent, especially when you’re dealing with something like inviting a third person into your bedroom.

Did you like this article and find it helpful? Let us know in the comments and feel free to share.