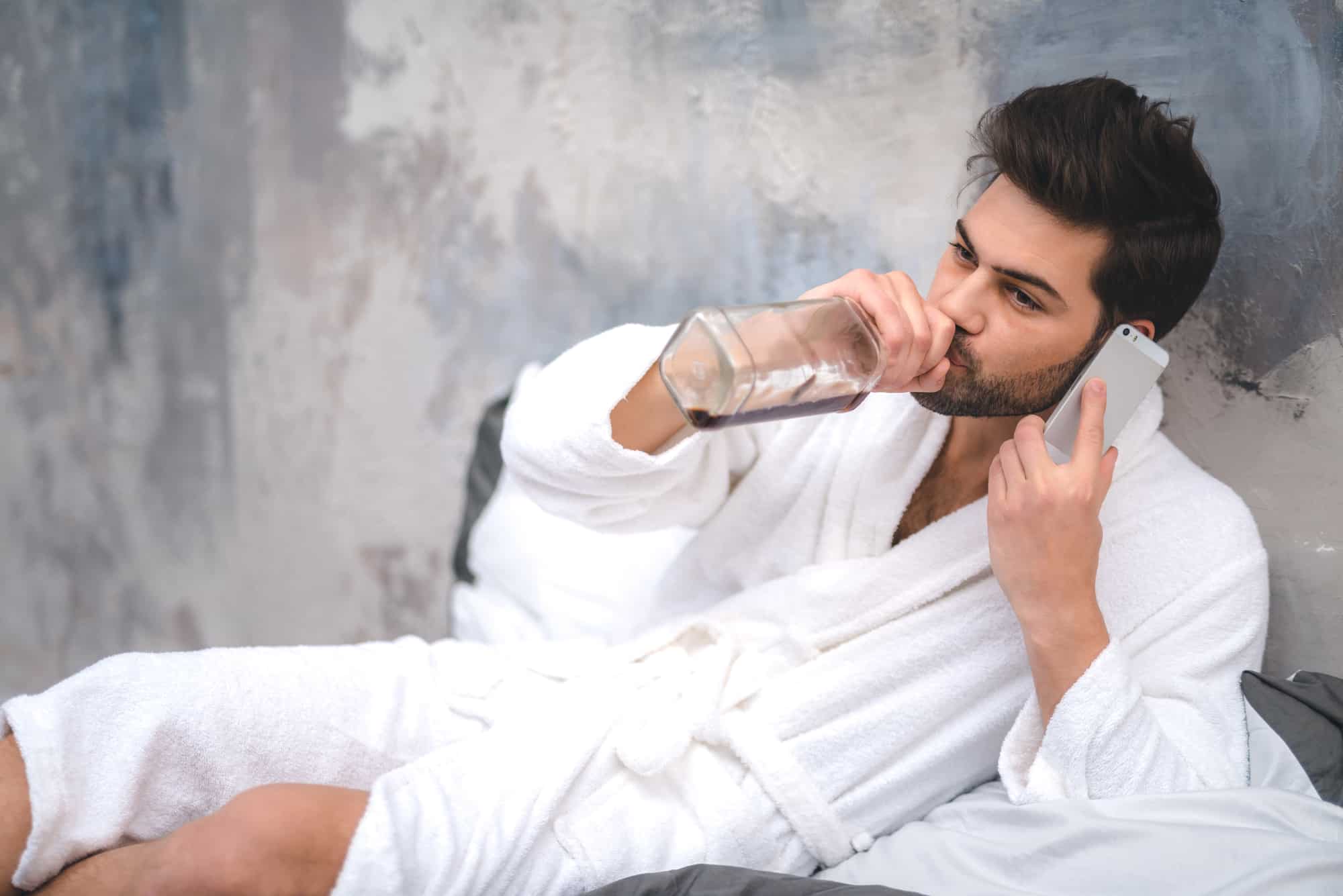 We all know the guys that are players. The ones that have a girlfriend or entertain multiple women at a time. This guy is the man that promises you’re really amazing to him and tells five other girls the exact line.

If you’ve ever dated a player, you already know that they are key manipulators. This makes them hard to spot, but there are ways to tell if a guy is up to something.

In order to spot a player, you need to know what a player is. These guys are the ones that pretend to care about a girl just to get her in the bedroom. They never want a relationship, but they might not tell you that. Instead, they make you feel like you’re special. Players will talk to more than one girl at a time.

If you’re dating a player, you might not realize it in the beginning. He is great when it comes to thinking on his feet. If his other girlfriend is calling, this player has got her number saved under another name.

A player has ways with words to make everything sound smooth, and it makes perfect sense. If this is the case, watch for these other warning signs he’s a player.

1. Players are scared of commitment

These men are concerned with fun. They don’t want to be tied down to a woman or family life. Instead, they want to go to places and be the center of attention.

If you inquire about their feelings, expect to hear lies. When you inquire about their past or relationship history, it’s sketchy. He might give you a few details, but you can be sure that it’ll never be his fault. He might even tell you specifically that there is a fear of commitment which is why there is almost no relationship history. If you’re looking for a future life partner, avoid this man.

2. You’re excluded from his world

This is one of the major signs he is player material. Men who are players don’t want a girl to run into another one they are sleeping with, and they don’t plan on keeping you around for anything more than some booty. Because of this, you’ll notice that you never meet his friends or family.

In fact, you don’t go to work things with him, don’t know anything about him outside of your life together, and if you’re dating a musician or someone on center stage you’ll find that you aren’t invited to any shows. This is because he isn’t interested in having you for more than a little fun on the side. You’re dating a player.

3. His hours are sketchy

A player keeps weird hours for their dating life. You’ll get phone calls in the middle of the night or find that you main see him on his lunch hour. This guy is already in a relationship. He might be able to pull this off in the beginning, but once you catch this guy in the act, you’ll know.

He’ll come up with something smooth to cover up the act. Then, if you try to call him outside of those normal hours, he’ll have an excuse. It’ll be a new excuse every time. It’s because he’s always with his other girlfriend or just using you.

If you find that your supposed love life consists of sex, it’s because he’s a player. He doesn’t want to take you on dates, having thoughtful conversations, or really get to know you. Take a moment to consider the entire relationship.

Have you ever gone to the movies? Does he make an excuse not to go when you bring it up? Have the two of you ever done anything outside the bedroom? If you thought about this, and your entire “relationship” revolves around sex, no one ever sees you together, and it’s not changing, this man is definitely playing you.

This man will send you signals that you two have a huge future together, and the next day you get the idea that he doesn’t care. One night, he can’t get enough and will text back right away. The next, he disappears.

Guys that don’t like commitment because they’re playing you are big on being hot and then cold. If a man is randomly ghosting on texts, bails on plans, and then say you’re the greatest thing in the world it’s because the man is stringing you along.

6. Appearance is all that matters

Players are big on appearance. They don’t seem too interested in stories about future plans, but will consistently pay you compliments on your appearance. That’s because these guys appreciate things like the color of your eyes, not how many kids you want to have, or what kind of future you want. That doesn’t have anything to do with getting you in the bedroom.

7. Trust your gut and your friends

If something tells you that this man is a player and isn’t looking for a partner, there’s a reason for that. If your friends tell you the person you have your eye on is just looking for a fling and is known for playing games, they are saying that for a reason.

A lot of men are out for conquests, not planning a wedding together. If either is true, and there are other obvious signs, don’t bother shooting your shot. Instead, find someone else that is looking for the same thing.

When it comes the being a priority, you’re on the bottom level. Going to a movie or party together is never going to happen. Neither is going out in public. Emotionally, he offers no comfort. When you try to work on communication, it’s a dead end. It seems like no matter what you do, you’re just not a priority.

A player will not only keep you at the bottom of the priority list, he’ll make excuses so it takes longer to figure out what’s really going on. Instead of telling you, he doesn’t want to be seen out on the town with you, he’ll be full of excuses. If you keep going for weeks, you’ll even notice that he never seems to run out of excuses. When you say you don’t feel important to him, you’ll get a kiss with compliments and a night full of passion. Don’t fall for it. It’s all a part of the game.

He seems to always get what he wants. When you’re around him, he doesn’t pressure you but still seems to make sure that he always gets whatever his sights are set on.

If you pay close attention, you’ll notice that there are several manipulative factors going into play. Other signs to watch out for that he might be manipulative include:

Every guy playing the field isn’t manipulative, but many of them are. Pay attention to those warning signs above to make sure you’re not dealing with a toxic guy that is ready to manipulate and emotionally abuse you.

What are the signs that a guy is a player?

When a guy is a player, you’ll notice that he’s on his phone more often and it seems like he’s always hiding something. He bends the truth or flat out lies to you about things. A player will also not value you as a person. This is because they are not interested in you as a person.

Is he genuine or a player?

If you want to tell if he’s genuine or a player, look at the way he acts towards you. A player is usually selfish, and they do not consider your needs regarding anything. A man that is genuine will want to learn about you, and will always take your needs into consideration.

What are signs of a player?

Signs a guy is a player involve the way he acts and treats you. He’ll put himself, his needs, his friends, and anything to do with himself first. This is because he is not concerned with you. These guys might lose interest after you sleep with them if they simply wanted the challenge.

How do you know if he's a player or a keeper?

If a guy is a player, you won’t feel valued. You’ll spend more time trying to figure him out and uncovering his lies than you will be enjoying the relationship. This isn’t because of you, it’s because he isn’t a keeper. A keeper will treat you with love and will always take your feelings into account.

How do you outsmart a player?

If you want to beat him at his own game, you’re going to need to keep your emotions in check. Then, be flirty but occasionally unavailable. Make sure that you give him plenty of space as well. You want him to come to you, not the other way around.

To End Things Off...

I’ve dated more players than I care to admit to in the past. If you pay attention to their actions instead of their words, they all seem to have quite a few things in common. What do you look for to make sure that you’re not falling for a player?