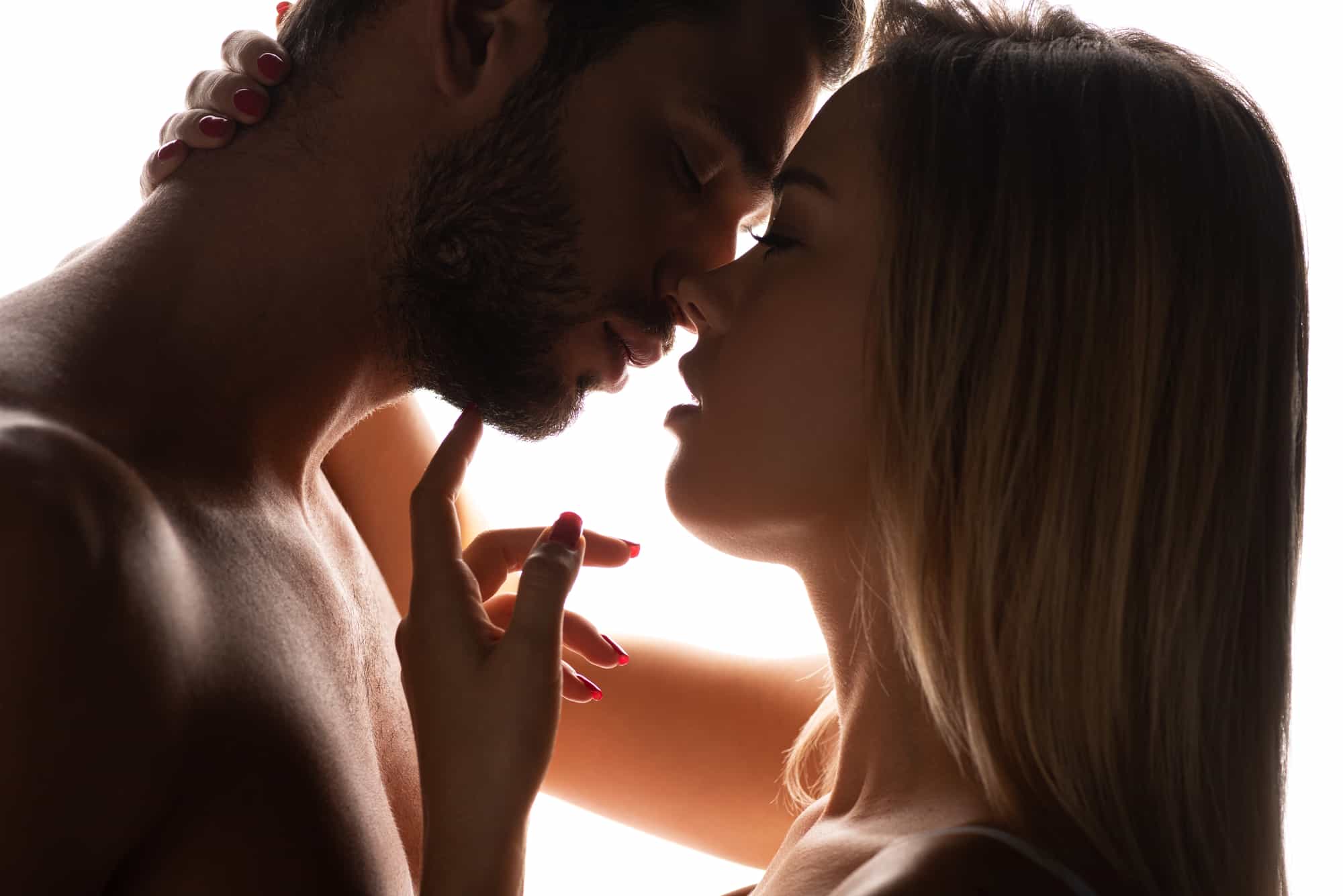 Are you wondering if your partner really loves you?

Do you want to know the telltale signs that reveal his true feelings?

Well, as Cher said all those years ago “it’s in his kiss”.

There are several ways you can decipher a man’s feelings from his kiss, and we’re going to go through them in this guide.

But, first let me tell you an important story…

Recently, I discovered a powerful online tool that a lot of suspicious partners are using to keep track of their boyfriend, girlfriend or spouse.

This tool can connect with the personal devices of your loved ones and discreetly deliver an entire database of information about their recent communications. You’ll discover who they’re contacting, how often and the apps they’re using to do it.

Put simply, if they’re being unfaithful, this tool will reveal it pretty quickly.

Of course, there’s not always a need to resort to such extreme measures. You can often tell whether a man is truly in love with you through their body language.

With that said, let’s take a look at the clues you can find in a man’s kiss.

What His Kiss Can Say About Your Relationship

When a guy kisses you like this, it has more to do with passion than other feelings. This kiss reminds me of making out, and that’s exactly what your man is thinking of. It’s foreplay.

2. A kiss on the cheek can mean several things

If you’re just friends, it means that he cares about you. Usually, this will be a quick peck. It doesn’t mean that he is in love with you, or even that he sees you as more than a friend. Instead, don’t look too deeply into this one. It could be part of his culture to kiss on the cheek before leaving, too.

If you and a man are almost strangers, this doesn’t mean there is sudden chemistry, etc. He’s more than likely accustomed to kissing on the cheek before saying goodbye. This is common in several countries across the world.

3. The octopus kiss means he’s sexually attracted to you

This type of kiss refers to when a guy is almost devouring you. He has his entire tongue in your mouth, he can’t keep his hands off you and the kissing only stops when he needs to take a breath. This means that’s he is into you, but it’s not an expression of anything deeper. Lust is the motive behind this kiss. When someone kisses your lips like this, they are thinking about sex.

Other types of kisses, such as the shoulder kiss and a kiss on the neck, mean the same thing. Don’t mistake those sweet, sensual gestures for love. Instead, he’s kissing you to get you warmed up for the next activity.

Other types of kisses, such as the shoulder kiss and a kiss on the neck, mean the same thing. Don’t mistake those sweet, sensual gestures for love. Instead, he’s kissing you to get you warmed up for the next activity.

5. The forehead kiss and face kisses are protective

When a man kisses you on the forehead, it can be a symbol of love. It means that he feels nurturing towards you, and just a bit protective. Sometimes, this can happen with a relationship, and sometimes without. It is a sign that he has deeper feelings for you, but those could also be strong emotions for you as a person or his best friend.

To determine the meaning behind this kiss, take a look at the relationship. If you are in a relationship with a man, this kiss means take care, I love you and I will protect you. If not, it means I care about you and want to protect you. No one doles out forehead kisses to mere acquaintances.

Some kisses say I care about you or are a sign of adoration, and nothing more. There are quite a few ways a man kisses that show the way he cares, and have no sexual intentions. Often, these kisses are not on any erogenous zones. If a man kisses you, but it is just a peck and he’s never shown any other signs of liking you, it’s more than likely just a friendship kiss.

When a man is full of lust and passion, he will kiss a certain way, and in specific places. If you kiss a man and he returns by kissing you on your shoulder, neck, collar bone, ear, and other known hot spots, his kiss means that he wants to jump in bed with you.

It’s important to be aware of the differences. If you notice a guy kiss you only in those spots, it can be the sweetest kisses and feel like much more. Usually, it’s not. Use the sports that he places his lips to tell the difference between lust and love.

9. How much personal space is between you?

As a general rule of thumb, the more space is between you, the less their sexual feelings are. If he plants one on your mouth but he’s far away, he’s not feeling sexually attracted to you or is not in the mood at the moment. If he is pressed against you, he’s in the mood.

While a kiss can say a lot, sometimes you’ll see a man kiss a woman with a simple peck even though he loves her. Other times, you’ll wind up in a relationship with someone that doesn’t like to mouth kiss. Sometimes a man doesn’t like kissing.

I once dated a man that thought to kiss was disgusting. He said it was like spitting in each other’s mouths. He was experienced in every other area, and there was plenty of affection, but we rarely, if ever, French kissed. That was simply the way he was.

Sometimes, a man will enjoy kissing, but will only kiss a certain way. Reserved men might not enjoy kissing passionately but instead prefer a slow, sensual kiss. Instead of assuming they are not into you because your kissing style is different, pay attention to where they kiss you and work on syncing kissing styles so that they don’t feel so mix-matched. This article on kissing styles will help you do just that.

What does his kiss say about his feelings?

If a man kisses you on your mouth, he usually likes you. If it’s passionate or on one of your erogenous zones, like your neck, he is sexually attracted to you. A kiss on the forehead means he cares and wants to protect you. Watch for other signs to get a definite answer.

What does a passionate kiss mean?

A very passionate kiss is just a sign of lust. Don’t mistake this passion as being actions of love or deeper feelings. It means that he wants intimacy in the bedroom, and possibly nothing more. It’s important to note that a guy can kiss a girl and not have any feelings for her.

Do guys fall in love after kissing?

How do you know if a guy loves you but is scared?

He will show signs that he likes you, such as staring at you but will act shy or nervous. He might blush when he talks to you, fidget or appear uncomfortable or might take weeks to finally work up the nerve to say hi. He’ll show that he likes you in a very subtle way.

How do you know if he's falling for you?

To End Things Off