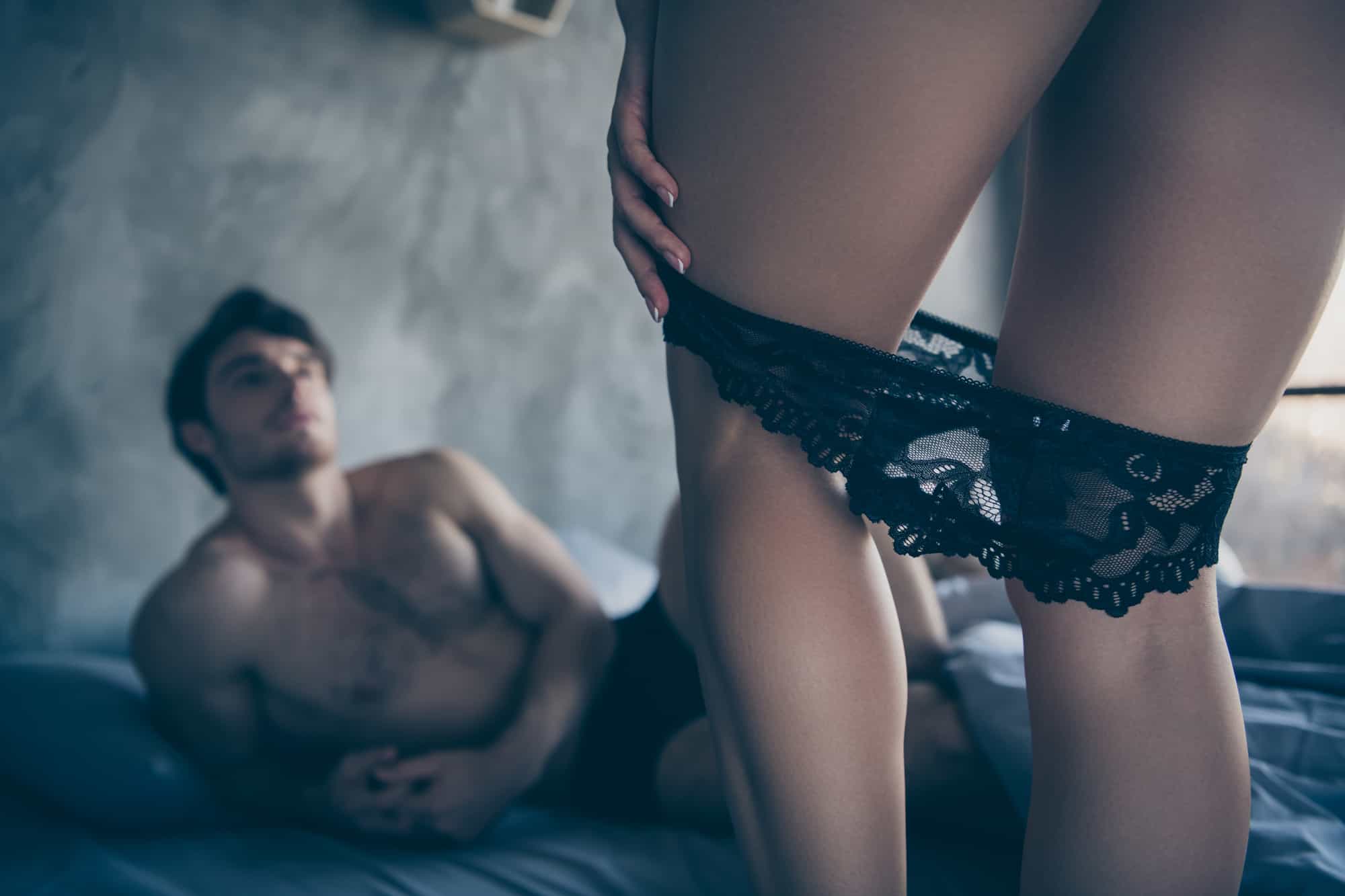 Good sex is not just about the climax, but the journey to reaching climax, and because sex is a big part of a relationship between people who deeply love each other and want to be as intimate as possible, it is very important to constantly make things sexy in and out of the bedroom.

How then do you keep your man in the right mood for sex with or without him being aware that is what you’re doing?

The overall way of doing this is to keep your guy in a constant state of sexual tension, and the key is finding out how to turn on your man. Sex teasing will give your partner a lot to think about and get him pumped in all the right places.

However, how do you give a man what he wants if you don’t know the different ways to tease him?

Apparently, many women like to think teasing is a special trick and only a femme fatale can master the art of seduction. This thought is actually not true, teasing is not a modern art and it can be mastered by any woman who wants to give their partner that extra zing in the bedroom

Teasing or seducing a man is an art as old as time and any woman can easily wield the power of teasing if she is willing to tap into her feminine wiles. Women, because of social restrictions, have been forced to adopt subtle means of seduction, e.g. teasing, in order to express their sexuality.

On the flip side, if you already know how to make your partner feel great in the bedroom but want a fresh new way to heat up the sexual tension and surprise him, then you will learn something new under this post.

Certainly, the subtle art of flirting can be more potent than hard-core sex kinks. When you make use of these tactics, you’ll master how to tease a man you like in no time.

Ways To Tease Your Partner

The first step to teasing a man you like is to know the kind of man he is. There is hardly a ‘one size fits all’ method to romance or sex. Men and their wants are peculiar, so what worked just fine with your ex might not work for the person you’re currently dating or married to.

Therefore, it is better that you take time to study what works for your man and get to know what you do that he likes a lot. You don’t want to be rebuffed or rewarded with disinterest, so be patient to study him before introducing some sex teases.

For some guys, playful bangers and dirty innuendos get them in the mood while others might prefer direct seduction like going all naked or just telling them what you need.

How do I sexually tease my husband?

If he is your husband, you’ll be spending your whole life with him, and so you’re at liberty to try different tricks with him that will keep you both feeling always young and free. One teasing trick you can use on your husband is to caress his leg with your toes and the flat side of your foot. Go as high as you can and even get as daring as lightly stroking his penis through his pants.

Another one is grinding yourself against his crotch while you’re in the elevator with other people and you know he can’t do anything to reciprocate at the moment. It will drive him wild and make him pounce on you as soon as you get home.

How do you tease a guy with pictures?

When it comes to picture teasing, it is not just about sending him nudes, even though nudes get the message across clearly, but about sending subtle messages that would have him guessing what you’re trying to do. Try taking a picture of you wearing his shirt with a few buttons left open.

Showing a little cleavage combined with him seeing you in his shirt has a high tendency of arousing him and making him feel possessive at the same time. Try this trick and you’d be surprised at his response, you can also send pictures of your thigh or cleavage only, they work just fine too.

Men like to be teased because they also do it all the time, teasing starts from playful banters to touching and deliberate seduction. To know if a man really likes you, he will connect with you at all three levels: talking, touching, and during sex. So don’t be hesitant about teasing your man.

How do you tease a guy without being obvious?

The things that turn men on are things most women don’t pay attention to or consider important. By simply running your hands through your tresses or over your neck can make a man aroused. Licking your lips, going braless, wearing his shirt or cologne, or even looking sweaty after working out are all examples of things that can make your man pull you close and ravish you.

If you’ve been tied up in knots over what to do to tease and put your man in that sexual mood, do make good use of these tips. No doubt, being shy can be a big problem for attracting men, but you can overcome difficulties with making a man crazy for you if you’re willing to practice and master flirting and teasing. No, you don’t need to fake it to get your man in the mood. When you let your mind and body take over, the sexual attraction will happen naturally.

Also remember, in the bedroom, it’s solely between you and your partner. So, forget society and decency, let him see that inner seductress comes out to play. That’s the only way you’ll be open enough to go the extra mile to have fun and enjoy the many pleasures a simple sex tease guarantees.

Don’t forget to leave your thoughts about the post and if you know other women or even men who need these tips too, feel free to send their way.

You May Also Like
Pros And Cons Of Sex With A Stranger (9+ Possible Complications)
No Comments
What Does Sex Feel Like? (12 Things To Know)
No Comments
How To Initiate Sex (21 Sexy Ways)
No Comments