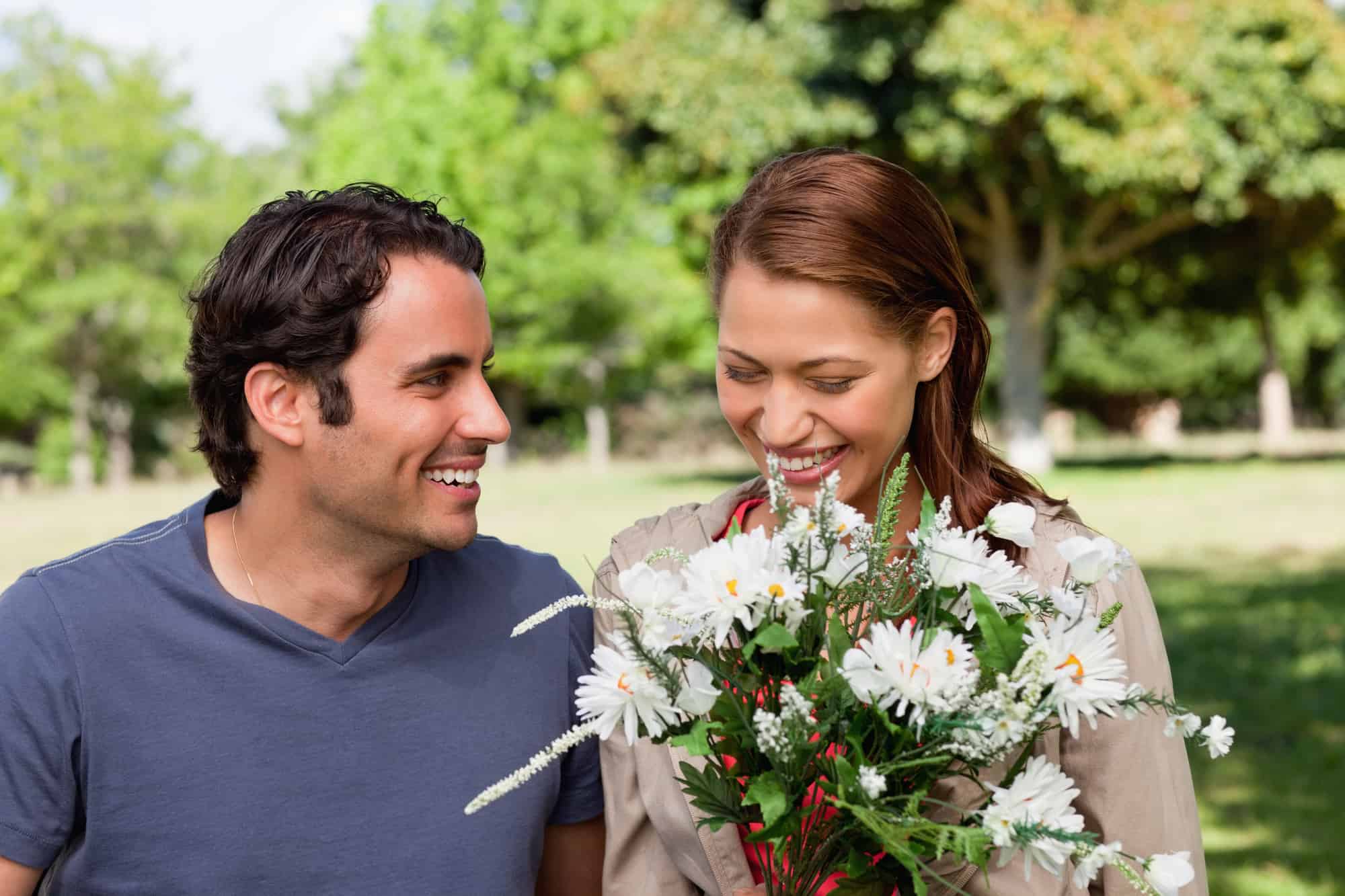 How To Respond To Pickup Lines (10 Effective Ways)

Pick-up lines, as cheesy as they are, won’t be going away any time soon. Sure, the dating scene is incredibly awkward on its own, but with these tacky one-liners, it’s a whole other ball-game. Altogether, it's something all women have to deal with, sometimes on a daily basis. It sounds exhausting, right? It's honestly amazing when a person can’t just take a hint, and though that relentlessness is admirable, pickup lines are often unappealing.

While in some cases you can easily ignore them, when the guy is like a dog with a bone, you have got to use the perfect comeback. Think of something that has the perfect balance of wit, spunk, and of course, you can’t forget that attitude. If you’re anything like me, these comebacks do not roll off the tip of your tongue.

Well, I am going to share some nuggets I’ve been sitting on for years in terms of how to respond to pickup lines. This may seem a bit ‘cruel’, but the fact is that women are often more discriminating when selecting a partner according to Corwin Senko in this article. He goes on to explain how it's a function of our evolution, so don’t feel bad.

Just, get ready to chase away some undesirables, or connect with some people who have a great sense of humor.

Responding To A Pick Up Line - 10 Ways To Do It

Just reading this makes me feel like that hand-to-face smiley, this particular pick up line that really grinds my gears, But, I’m aware of the fact that some guys find it quite tasteful. If this annoys you as much it irks me, then I’ve got the perfect way for you to respond.

Once he drops that pick up line, simply say, ‘It looks a little clingy and hard to maintain’. Sure, it's a bit of a low blow, but that’s enough to scare away any undesirables. On the other hand, if he’s a cool guy, this will probably have him in stitches.

2. Throwback An Anti-Pick Up Line

If he’s trying to slather some sweetness on, simply go the other direction and give him some bitterness. The great thing about this is that you do not have to put too much effort. It will slide right off your tongue to hit its target.

For instance, if the pick up line is, ‘Can I have your name?’ Simply respond by saying, ‘ Why, don’t you already have one?’ Again, you may run into a guy that’ll find this incredibly hilarious, on the other hand, he may take the hint and walk away.

3. Make Him Repeat Himself

You had to listen to that pick up line, why would you want to do that again? Well, if you keep making him repeat himself, chances are that he’s going to get embarrassed at some point. For the most part, men, and people in general, cannot really take this like champs. So, if he asks you, ‘Hi there, did it hurt when you fell from heaven?’ Just ask him to repeat himself till he realizes that you’ve outsmarted him altogether.

There are times when the best response to a pick up line is complete silence. Don’t even cough, simply say nothing, in a couple of minutes or seconds he should get the message. Don’t stress yourself trying to get a witty comeback out there, especially if you do are not buying what he’s selling.

You can even take it up a notch and walk away, put those earphones back in, go back to your cup of Joe, and so on. I’m not an advocate for rudeness, but I’m a firm believer in reading the room.

5. Use Simple Logic Against Him

Isn’t it annoying when you’re trying to crack a joke and your friend uses logic to explain how it isn’t funny? You can use this same tactic to win the fight against cheesy pick up lines. Girl, I am telling you that this works faster than a match lights fire. Let me give you an example to get your mental juices flowing.

If the guy says, ‘Where do we head, your place or mine?’ Be that girl that replies saying, ‘Both. You got to yours. I go to mine.’ If no one claps for you for this comeback, best believe I’ll be back here doing the honors.

In some cases, the pick up line dropped is straight from the pit of hell, what do you say then? Imagine someone you’ve never met telling you, ‘ That’s a pretty dress, it’ll look even better on my bedroom floor’. You see what I mean, it’s straight from the bowels of hell.

Well, I’ve got a fix for you, simply play the copycat game. There are men out there who really do not know how bad some of their pick up lines sound. In that case, simply say it back to them, at some point they should realize how cringe-worthy they sound.

In some cases, a pickup line does not need an elaborately constructed response, simply say no. This is a really good go-to considering the fact that most pick up lines come in the form of questions.

So, in the case that he says something like, ‘ Girl, Are you a parking ticket? Because you’ve got fine written all over you.’ All you need to say is a big fat ‘no’. Don’t try too hard, saying no is a major way to shut down any kind of attention you don’t want.

8. Give Them A Chance Without The Cheesiness

I’m the type of girl that enjoys a good laugh, and I have to admit that a handful of pick up lines have had me laughing my ass off. When something is funny, I can’t help it. Even more, I feel like the joke gives me some insight into the kind of person he is.

So, if he drops a pick-up line like, ‘If you were a McDonald’s burger, you’d be the McGorgeous.’

When I’m done catching my breath, I’d probably give him a do-over. If not for anything, the fellow likes food and so do I.

I know this seems like a lot of work and it is, but it's a viable route altogether. You can take out some time to explain why pick up lines are uninspired. No offense to anybody who uses these lines on a regular.

But, if anybody tells you, ‘Excuse me, does this napkin smell like chloroform to you?’ the only word that can describe it is ‘uninspired’. So, tell him straight up that you’re not the kind of person that will work on. Or, something similar is just fine.

Alright, I know you were probably not expecting this after I dropped all those borderline savage replies above. But, I feel the need to drop this here, because it's really never that serious.

If a guy walks up to you in a bid to have a conversation, and he says something hilarious. Please, by all means, have a good laugh, life is too short to take everything so serious all the time, be someone who lets down their hair once in a while. You don’t have to give them a place in your life, just laugh at the pick up line. Who knows? You may end up laughing together.

I decided to lighten it up today and as such, I hope you enjoyed every minute. Nevertheless, let’s take some time out to acknowledge the fact that pickup lines can be quite annoying. I truly hope that these snappy comebacks can help. On the other hand, pick up lines can be the start of a riveting conversation, so if you have any contributions on that front, please do not hesitate to comment below.

Even more, share this with a friend, a sister, a cousin, and just about every girl who has to deal with pick up lines.