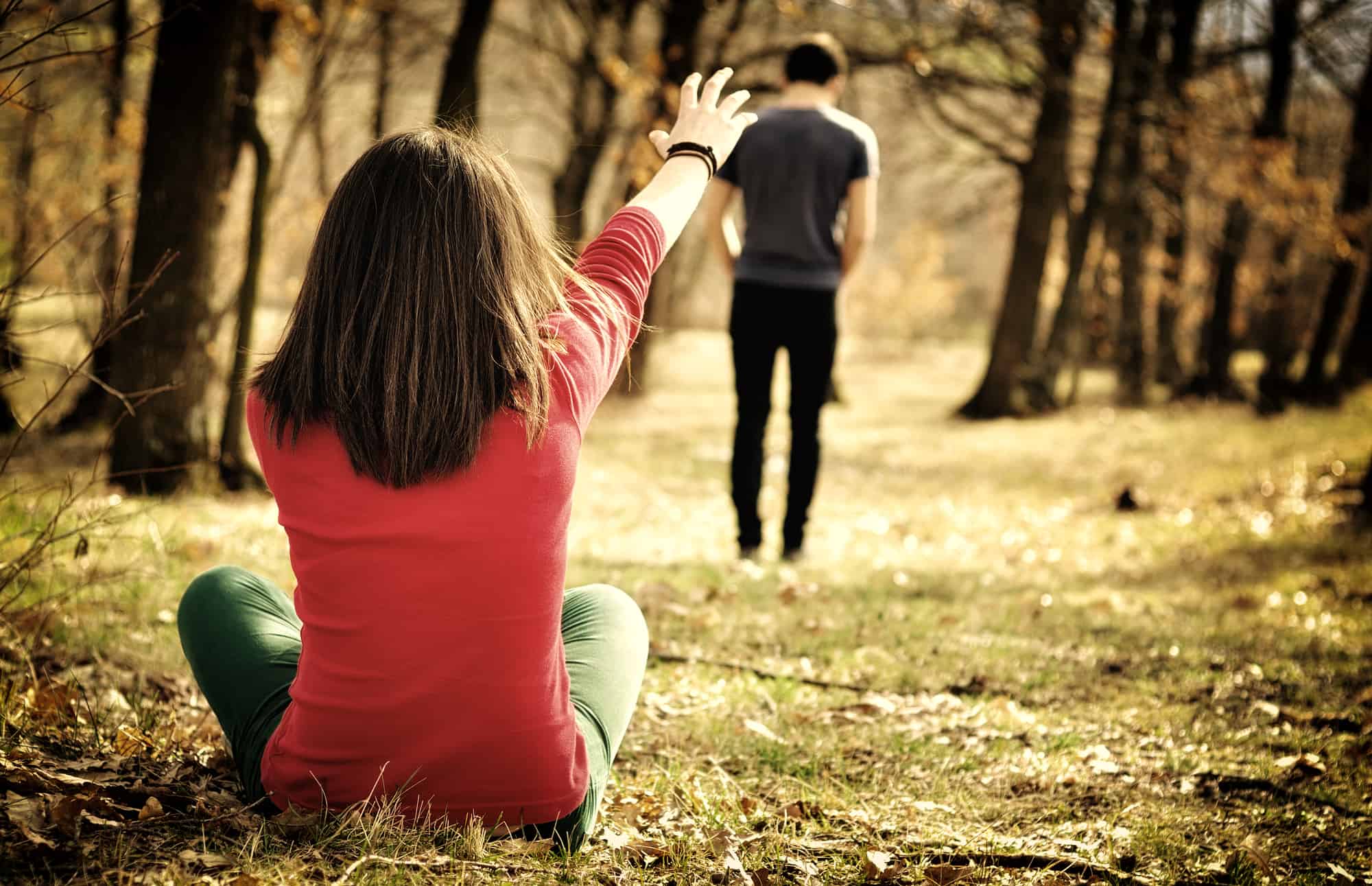 Experiencing rejection in any aspect of your life is tough, but it’s most painful when it happens in your romantic life.

Becoming emotionally invested in someone before you even know they like you back is never a good idea, but it happens to most of us, without us even realizing it. Before you know it, you’re crushing on someone hard and imagining a future with them.

But then it becomes apparently clear that they don’t feel the same way and your heart gets crushed. The images of your future with this guy start to drift away, and you feel downright gutted. Unrequited love is heartbreaking, but rejection happens to even the best of us. If you don’t know what to do when you have a crush, don’t panic.

In this article, we’re going to take a look at the 13 steps you need to take to deal with and get over your crush that rejected you.

How To Deal With Rejection From A Crush

1. Don’t take your feelings out on them

It might be a little too late to tell you this if your crush rejected you a while ago, or if they brutally rejected you in person leading to a major burst of anger to come rushing out of you. However, hopefully, this point has got to you in time!

You will most likely be feeling angry, frustrated, confused, and upset. However, it’s absolutely vital that you don’t take any of these feelings out on your crush. This person has rejected you because they don’t like you in a romantic way, and although that hurts, it’s valid.

Rather than stringing you along, they have rejected you, and there’s actually something about that you have to admire, no matter how much it hurts.

You can’t be angry at them for how they feel, because that’s simply not fair. Imagine if you were in their shoes and see how difficult it must be to have someone crushing on you when you don’t feel the same way.

So, avoid shouting, crying, being aggressive, or overly emotional with this person. When they reject you, do your best to stay calm - you can get your emotions out safely, by yourself at a later date (see the next point).

2. Allow yourself to let out all your emotions

Although it’s a good idea to play it cool while you’re in front of your crush, you do need to allow yourself to feel everything you're feeling and fully get your emotions out. It’s not healthy to push all of the pain down because it’ll only resurface at a later date when you’re not expecting it and not able to fully deal with it. So, you need to allow yourself to let out all of the emotions you’re feeling.

The first step to releasing all of your emotions towards this situation is by recognizing all your feelings as being valid. Then, allow yourself to grieve for the future you saw with this person, allow yourself to feel upset for the way they rejected you, and get angry if you feel like it.

If you want to eat your body weight in chocolate and sit on the sofa watching romantic comedies all week, or you feel like slamming your fists into your pillow and crying your heart out, just do it. Once you have released all of the negative emotions you have towards this person and the situation, you’ll feel a lot better - crying is cathartic after all!

3. Try to see it from their point of view

Getting rejected hurts, but when someone doesn’t feel the spark between the two of you, there’s not much you can do about it. It can be extremely confusing, and you will probably think it’s really unfair. So, one of the best ways to wrap your head around the situation is by imagining yourself in your crush’s shoes.

If you can’t imagine it, take one of your most exclusively platonic friends and imagine how you would feel if they told you they liked you. You would have to reject them and feel awful about it, but you just couldn’t be romantic with them.

See? There’s nothing your crush could’ve done. So, next time you see them, rather than giving them the side-eye, smile and make them know it’s ok.

4. Understand that you’re better without them

One of the most comforting things you should think about is the fact that the universe has bigger and better things coming your way. Clearly, you’re not supposed to be with this person and you got rejected for a reason.

Perhaps they’re a serial cheater, you would’ve had a terrible sex life together or you would’ve been desperately unhappy - whatever the reason is, there’s a reason you’re not together.

After you’ve brought all of your emotions to the surface and dealt with them in a constructive way, it’s vital that you accept what’s happened. Rather than trying to change how this person feels about you or trying to make them regret rejecting you, you just need to accept it - you got rejected.

Although it’s painful and it seems unfair, it is what it is. You can not change how this person feels about you, and why would you want to make the effort to try and change their mind? They’re not worth it. Accept it and move on.

People might say that they’re still friends with their exes, or with people they got rejected by, but that’s a long time after they actually broke things off. No one, or at least no one I’m aware of, has ever gone straight from liking someone romantically to being friends with them. To actually get over someone and move on in your romantic life, you need to distance yourself from them.

You should cut all contact with this person, avoid meeting them and remove anything from your life that reminds you of them. You will be able to get over them much faster if you’re not constantly spending time with them, bumping into them, or seeing objects that remind you of them.

If you are adamant about being friends with this person in the future, make sure you’re fully over them before you meet up with them, otherwise you’ll have to go through the rejection again.

When you get rejected, you’ll be feeling hurt, lonely, and like no one understands what you’re going through. However, as mentioned above, pretty much everyone gets rejected at some point in their life. So, one thing that’s guaranteed to make you feel better is sharing how you feel with your friends. It’s a good idea to stick away from those friends that have the perfect love life, as you’ll most likely feel envious or unheard.

However, speaking to a friend that understands how you feel is really useful as you can get everything off your chest, and they will probably be able to offer you advice on how they got over it.

8. Spend time with people you love

As mentioned above, you’ll probably be feeling pretty lonely after getting rejected, and your self-esteem will have definitely taken a hit. Therefore, you need to spend time with the people you love and who love you back.

Although you should always be spending time with your friends and family, you should go to them and spend more time with them. When you’re surrounded by people that make you happy and who reciprocate your love, you’ll feel recharged and full of happiness. Your self-esteem will improve and you might even forget that your crush even exists for a bit.

Self-love is always important, but after dealing with rejection it’s even more important. Make sure you are taking care of yourself in an extra loving way. Treat yourself as you would treat a friend going through the same thing.

Run yourself bubbly baths, treat yourself to a massage, talk to yourself kindly in the mirror, buy yourself a set of new undies - whatever makes you feel a million dollars, do it!

Although no one wants to admit it, an important part of getting over someone is distracting yourself with other things. If you can’t shake the thought of getting rejected or you can’t stop your mind from going to the image of your crush, it’s time to do something to take up your time!

Now is a perfect time to start a new hobby, join a new club, or get immersed in something you’ve always been interested in. Whatever takes your fancy, just get out there and have fun.

Once you’ve been rejected you might believe that everyone is out to get you and be nasty to you. You couldn’t be further from the truth though, and you need to show yourself that. Make an extra effort to go out and meet new people. You might meet new friends, you might even meet a new partner, but overall, you’ll make sure you have faith in people again.

12. Don’t let rejection hold you back in the future

Rejection is horrible, but you can’t let it stop you from going forward into the world and finding love. You need to move past it and stop fearing rejection every time you have feelings for someone. Don’t get caught up over the fact you got rejected once, and don’t believe that’s what’s going to happen next time again. Instead, just be grateful for the fact you’re closer to finding the person you’re supposed to be with.

13. Seek professional help if you need it

There’s no doubt about it, rejection is horrible, so make sure you keep an eye on yourself and check that you’re doing ok. If you think you’re struggling or you still don’t know how to get over rejection, seek professional help.

How do I make my crush regret rejecting me?

Instead of trying to make your crush regret rejecting you, you should try and move past the rejection gracefully. Instead of focusing on them, focus on yourself. Go and live your best life and naturally your crush will regret letting you go when they see how happy you are.

Should I talk to my crush after rejection?

Can you be friends with your crush after rejection?

What do you do when your crush is not interested in you?

Although it’s a horrible feeling when your crush doesn’t reciprocate how you feel, you need to accept it and focus on getting over them. If you follow the 13 tips above in this article, you’ll be over your crush in no time at all.

Do guys regret rejecting a girl?

This really depends on the specific situation, but if a guy chooses to reject someone, it’s probably because they’re not interested in them. Therefore, they won’t regret rejecting them because they never had any real emotional ties to them.

Hopefully, this article has helped you understand how to get over rejection and how to move on from a crush. The truth is, everyone experiences rejection in some form in their life, so don’t beat yourself up about it or feel like you’re not good enough. Take it on the chin and rise above it.

Did you like this article and find it helpful? Let us know in the comments and feel free to share with anyone you think needs it. 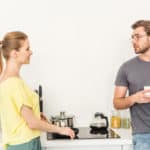 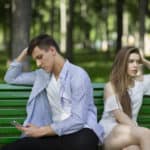 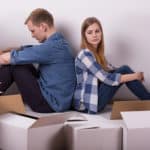 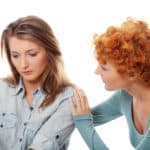 Is It Ok To Vent To Your Best Friend About Your Relationship? (17 Factors To Consider) 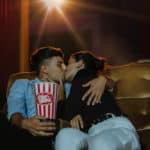 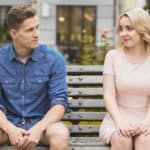 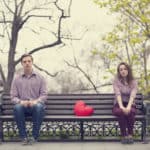 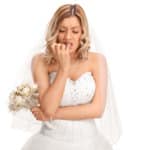 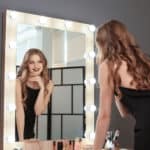 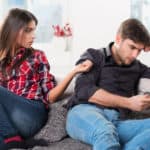