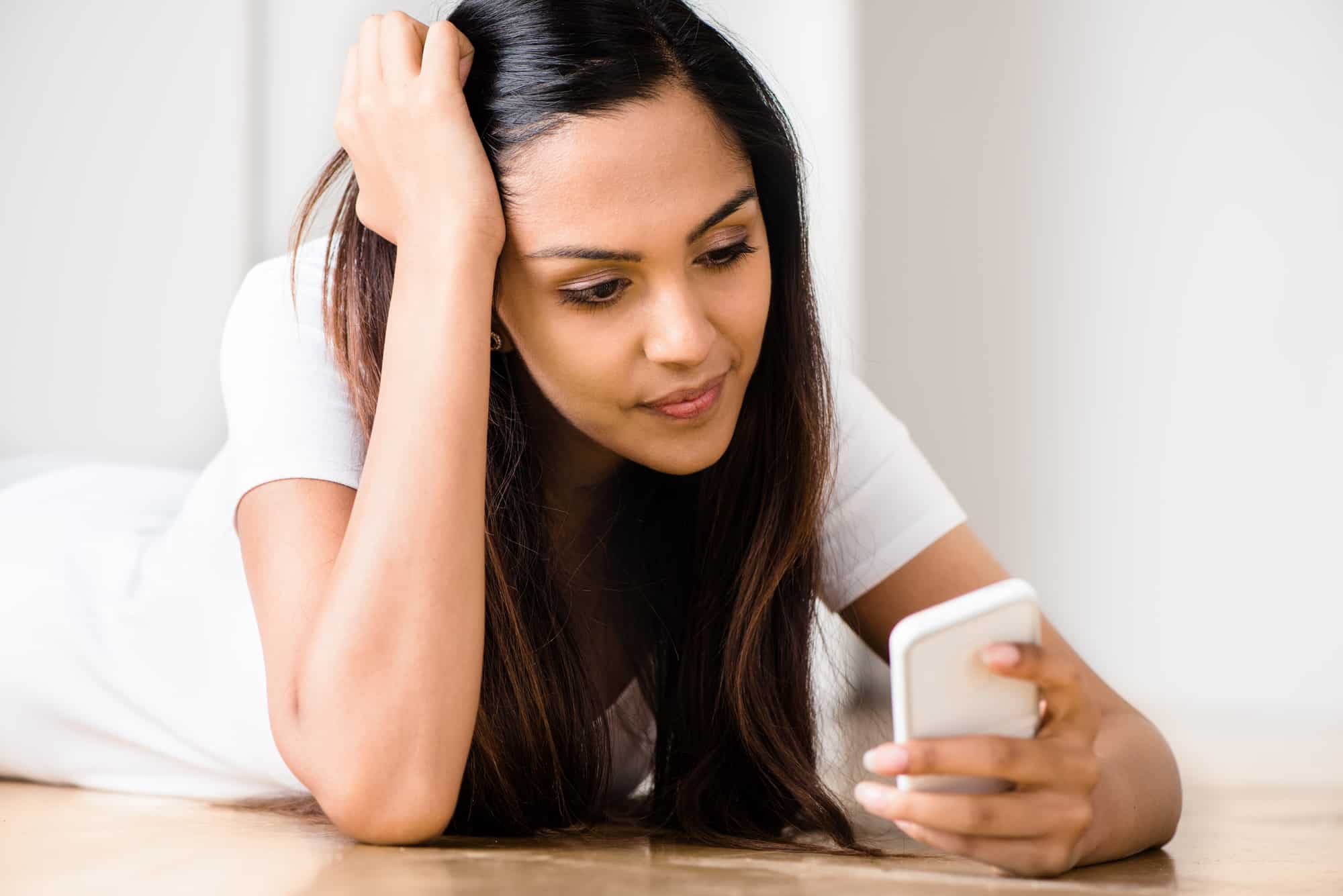 Ghosting is such an inhumane thing to do. Whatever the reason, nobody deserves to be shut out like that, it’s the worst feeling ever. How often do ghosters usually come back?

Some of them are wise enough to stay dead, but there are a few sick ones who make a comeback into your life and it’s hardly ever for good. Ghosts return at a very good bad timing when you have gotten over all the pain, it’s more than alright to tell that ghost to FUDGE OFF!

However, it’s also alright to want closure but I type this with love, it’s not worth it. Someone who ghosted you has no regard for you in the way that you deserve. Ghosting is no good way to end things, no matter how bad. People often think since it’s only been a first date, ghosting is fine, but it is still unacceptable. I have tried to look from the perspective of a ghoster and it’s such a cowardly thing to do.

After I had many ghosters come back, I was genuinely interested in why ghosters made a comeback into lives they abandoned, so I did research on it. I bet now that your ghost returns you are wondering the same things.

Well, there couldn’t have been a better article for you to read about why your ghost is back into your life than this.

11 Reasons Why Ghosters Even Come Back

1. He is caught in your thirst trap.

One classic reason a ghoster would come back into your life, especially if you met on an online dating app would be that he’s caught in your thirst trap. Perhaps, you just posted a hot picture of you on Instagram or you changed your profile to something cute, it’s an opening for him to make a move.

How they quickly forget an explanation and jump straight to ‘you look good’ is beyond me. Don’t you dare give this man another opportunity to break your heart. Remember, he didn’t respond to any of your calls or messages and still hasn’t explained leaving you like that. It’s wrong, don’t assume he’s here for you, he’s only thirsty!

When a ghost is tired of being alone or being rejected by others, he wants to see if the one he rejected still wants him. It’s more than alright for you to shut him out the way that he did you. Don’t allow a ghost's return to ruin the plans you have for yourself or an existing relationship you have with a new partner because he wants a second chance or an experience that lasts more than a night. If he genuinely feels bad, he will stick around until you’re ready to take his sorry ass back.

3. They think you will always want them.

When guys ghost you and then show up again, they hope that you would still be longing for them. They feel so high to know that after they did a terrible thing to a person, that person is still willing to accept them, don’t give him that satisfaction.

When such a hopeful ghost returns, send him back to where he came from. You are way better than that. They hardly come back for a second chance, only to boost their ego and vanish into thin air again.

4. They want to prove they own a spot in your life.

This reason is so wrong but these men shut people out and come back because of it anyway. They want to know how bad they hurt you. He doesn’t want you to heal because the pain would always make you desire him.

Some men ghost on purpose, to make the broken women dependent on them. Flee from such a terrible person, they’re not worth any kind of relationship, and don’t assume he would change for you, he won’t!

5. Another smash and run.

Ghosters often come back for an ego boost. It makes them feel great, especially if they have recently been rejected by someone else. He is back to you so that you can help give him an ego boost by accepting him. Don’t forget how he made you feel when walked out of your life without an explanation. Try not to respond to his advances. I’m sure you would regret that. Explain to him that you would rather forget about him too.

7. In some cases, they didn’t know what they did.

This is rare but they’re ghosters out there who aren’t even aware that they are ghosts unless you explain the situation to them in simpler terms. He probably felt that he needed time off and took it without considering your feelings or didn’t know that his unavailability would have such an effect on you. If he has explained leaving you and genuinely feels bad, it’s not out of place to consider keeping him on probation.

Heartbroken ghosts are the worst type of ghosts to come back, they just want to feel good in the moment and you’re the rebound. Ghosts like this are only here because they lost someone they wanted and they feel your acceptance would help them get back on their feet. It would, but let them stay down. You don’t get to be their band-aid after they left you for no reason and made you second guess your worth.

This ghost didn’t forget you, he kept you in the back seat as option D when A, B, and C failed. You don’t deserve a man who sees you as an option.

10. They can’t stand you happy without them.

Oh, it’s a thing! They may have ghosted you but they don’t want you happy and that you’re doing that without them is a major problem. So he would waltz back in your life again to see what’s really making you happy or confirm that you are happy for real. You should know that even though a ghoster knocks at your door for a while, you’re not obligated to let that ghost in. Some of them just want to come in and scatter your life again.

11. Is there a chance they genuinely miss you?

This is rare, but it does happen. He wants you back because he’s been out there and found that there’s nothing better. This type of man is indecisive about what he wants out of a woman. If his intentions towards you are pure, you would feel it on the insides and from his efforts to rewrite a wrong. Don’t be quick to feel like every ghoster who makes his way back to you has good intentions, most fall within the above reasons, be vigilant!

Yes! A Lot of them do. However, the damage is already done. Making a huge mistake as this is difficult to justify. Sure, you could forgive your ghoster and give him a second chance but what are the odds he won’t ghost you again? I have had the same man ghost on me over and over, the last chance I gave him. We were planning a trip to Dubai together and he never showed up, till this day. He may be genuinely interested in being with you but that would take a while to prove.

How do I get my ghoster back?

Why would anyone want to get their ghoster back? I think that’s an unhealthy pursuit. You will end up hurting yourself more than you should. Someone who ghosted you or ended things without an explanation does not want to be found. It’s one of the biggest red flags in the history of red flags. Well, if it was online dating and he no longer responds to your messages or calls, your only option may be to meet with him in person. I am strongly against starting a relationship with this person if you do find him.

Why did he return after ghosting?

He is bored. When ghosters get tired of playing dead, they tend to rise to the surface, hoping their victim has been longing for their grand arrival. Another reason could be that he’s genuinely interested in knowing how you are happy without him. This type of man thinks the world revolves around him, so he can come back into your life anytime he likes and you would still be all over him. People ghost because disappearing is easy but they hardly mean well when they rise from the dead again.

Do ghosters miss you?

It’s difficult to say whether or not they do and it may be wrong to assume you have never crossed their mind. The perspective of a ghoster is a little blurry for me. If there’s a solid explanation to why he ended things with you on such a note, he must have been thinking of you the whole time. A ghost returns when he’s tired of putting it behind him that he misses you, his intentions are however the problem.

Yes, it is. It’s the most teenage thing to do as an adult. If after a date there won’t be another let her know, don’t be a coward and ghost her. It is wrong to end a relationship by disappearing, nobody is out here to play hide and seek. Do not shut people out when you like only to show up the moment it pleases you, it’s kids who do that. Wear your big boy pants and break things off nicely. It is not fair to insinuate the other party will carry on fine.

I hope you enjoyed this article. I had a great time putting it together for you. Before you give a ghost a second chance, consider all the reasons above to be sure he is genuinely interested in being with you. I would love to read your opinions on this subject in the comment section below. Please do not forget to share this article with your friends as well.