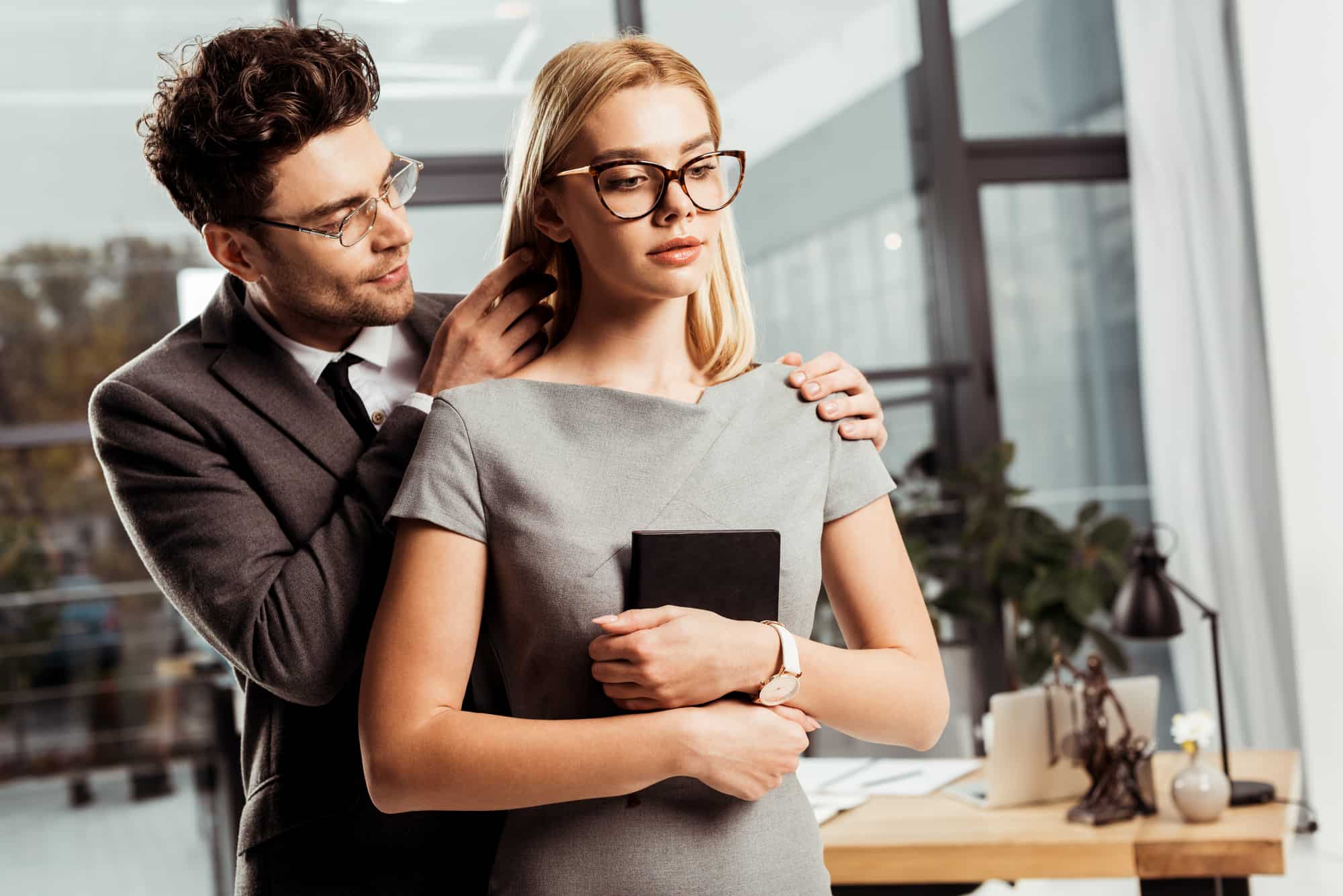 How Do Introverts Flirt? (5 Surprising Ways)

What comes to people's minds when flirting is discussed are always sideway gazes, winking, slight touching, and so on. Though, these kinds of signs can be considered flirting, these signs only throw light on the playful and physical flirting styles.

Also, there's a lot of dating advice on how to tease women in bars, clubs, or, the type of pickup lines to use and be in the right mind with someone you just met. These kinds of flirting styles will pretty much go well with an extrovert or people that are looking for short-run affairs.

Plus, an introvert is just like every other person, they have similar thoughts when it comes to love like an extrovert but may find it more challenging expressing it. So, how do introverts flirt? All in all, there are other signs I will be sharing that you should keep an eye on, from how to talk to an introvert to the basic courtship rituals they’d prefer, so let's head right in.

How To Know When An Introvert Is Flirting

Naturally, the man makes the first move here, and the woman lies in wait for the man to express their feelings to them. At some point, it could be the man waiting for the woman, and this mostly works when the lady in question is an extrovert. She doesn't even have to push too much, with a little green light, he will take the lead.

Since most loners are taciturn, you might not notice anything flirty from them, they are more cautious and may feel a bit embarrassed or awkward being overly expressive. However, if they notice you’re interested in them, they might approach you and strike up a conversation.

Inherently, an introvert is a great observer, so if you’re wondering how to talk to introverts, it’s really simple. Some of them expect you to make the first move, once you start talking to an introverted guy, you’d be surprised how funny and cool he actually is. You’ll also notice they’d rather chat, maintain eye contact, and basically be themself around you.

Sincere flirts are honest and straight when they have an interest in you. Their main objective is to build a long term romantic relationship from the onset. Also, they'll initiate conversations on meaningful topics, not some idle chit chat.

Additionally, they'll even go the extra mile to know your friends and take an interest in your hobbies, which is unlikely of them, of course, you know they love their space. Besides, you will get a lot of compliments from them and It will feel like you're mixing romance with friendship.

Furthermore, when they start opening up to you about their life, and what has been happening in their lives, they probably mean it.  To be sincere, this is one of the toughest things they can do. So, you must be special if they're pleased as punch to put in that effort with you.

All in all, they tend to have pretty much vast movies, songs, books, and games. So, if they offer you one of their earbuds to listen to the song they've been listening to. Regardless, sharing something they're keen on with you, that's a subtle way of them trying to get close to you.

Another way an introvert can tease you is by doing it politely, it will be hard for you to get the drift of this one. The reason is that they won't want you to misinterpret their sexual advancement, especially now where people are very conscious. And they can be called out for stalking.

So, they'll gear towards building your trust for them in a polite way, and they'll be subtle in their dealings with you. Also, they'll play by the rules, there’d rather be more calm and cool, less touchy and just more focused on having a good time. They might be more respectful than the extrovert male, and most people see introverts as the perfect gentleman.

Most times, while talking with you, they’ll make sure that they don't eat into your own space because they understand the importance of space. Ultimately, it can become a problem when two loners are involved, because they can end up stuck in a rut when neither wants to make the first move.

Most times, instead of expressing themselves openly, they hope to catch your attention with their little gestures, smiles, or calm yet attractive demeanor.

4. In a gestural way

This style can be unnatural for an introvert, but the thing is if they have a little hint that you're interested in them, they'll take advantage of those gestures and flirt with you. Also, it involves a lot of touching, whether it's a tap on the shoulder or a kiss on the forehead, they seem to use their body to drop a hint, like leaning intimately.

Their flirting style may not be the strongest one on the block, but this doesn’t mean they aren’t human, if they do like you, they’ll make an effort to show it. Also, when an introverted guy smiles and looks down timidly, that's an indication that he's flirting with you. If he's blushing, licking his lips, reaching for your hair, see if you can look into his eyes.

Then check to see if his eyes roam away from you downward, cutely, and timidly. His nervousness will only play out if he’s actually flirting. So, even though this guy is one to take things slowly, that doesn’t mean he won’t try to take that bold step to be more forward with his feelings.

Additionally, If he changes the position of his body or feet to face you, that means he feels safe with you. Also, he might make gestures of moving closer by adjusting his chair or stretching his legs close to you. All those signs mean that he's flirting with you.

In this style, flirting is seen as a tool, and also as a game. An introvert guy who tries to use this style might look awkward, but you see, there's no harm in trying. An approach called "pushing and pulling" is often used. How this works is by you trying to compliment the other person, but then playfully shoving them away.

For example, it's like telling a guy, "You're sweet...you're like my little brother," or saying "I love your pants...but it's too tight on you." You see, the first part lets the other party know you have a thing for them, while the second part of the sentence throws them off balance. So, the key is to keep it playful, cordial, and make sure they understand that you're teasing them.

However, most loners might not be able to pull this off, because they're usually busy thinking through everything they say or do that they may end up not saying or doing nothing at all, but they could surprise you with some touches of sarcasm or witty jokes if they're comfortable with you.

Being that sarcasm is random these days, and it's a simple and informal and subtle means of contemporary flirtation, this is usually their style.

How do you know if an introvert likes you?

Introverts don't take the initiative to make acquaintance with others, but, if you meet someone that fits this personality type that proactively attempts to start a conversation with you, or try to get your attention, you can rest assured they like you. How to know if a male introvert likes you is by asking them because he may not give you signs, but deep down, he could be dying for you.

The behavioral pattern varies from one introvert to the other since introverts are good observers, they may not likely make any move apart from smiling and painfully get through some small talk. They'll be weighing everything, eye contact, body language, inflection, and hints that could make them connect with you. When an introvert ignores you, they're not snobbish, they’re probably finding it hard to bond with you.

How do introverts talk to their crush?

Introverts who are bold will be stealthy and will apply their allure and calm demeanor to impress their crush. Then sneak in a few compliments and subtle eulogies, it'll all be in the background, and only the crush will be conscious of what's going on. They’ll try to crack jokes to ease the tension and generally try to get your attention.

It depends on the person, most introverts don't like to be touched, and neither do all extroverts like being touched either. That doesn't rule out the fact that an introvert could secretly yearn for hugs or physical contact like holding hands. So, ask them, because no stab in the dark can tell whether they like to be touched or not.

It's less likely for them to cheat because they usually won't care about other people unless those people matter to them. Also, they don't spend time wallowing in thoughts on how to impress others or think much of them. For this reason, they're less likely to find themselves in those circumstances.

There's a possibility you may not see a loner flirt because they do it subtly, but, if you follow these tips, you'll know the ways they tease so you can play along. If you had fun reading, kindly share it with others who might be interested in this list. Also, drop your comments in the box below.