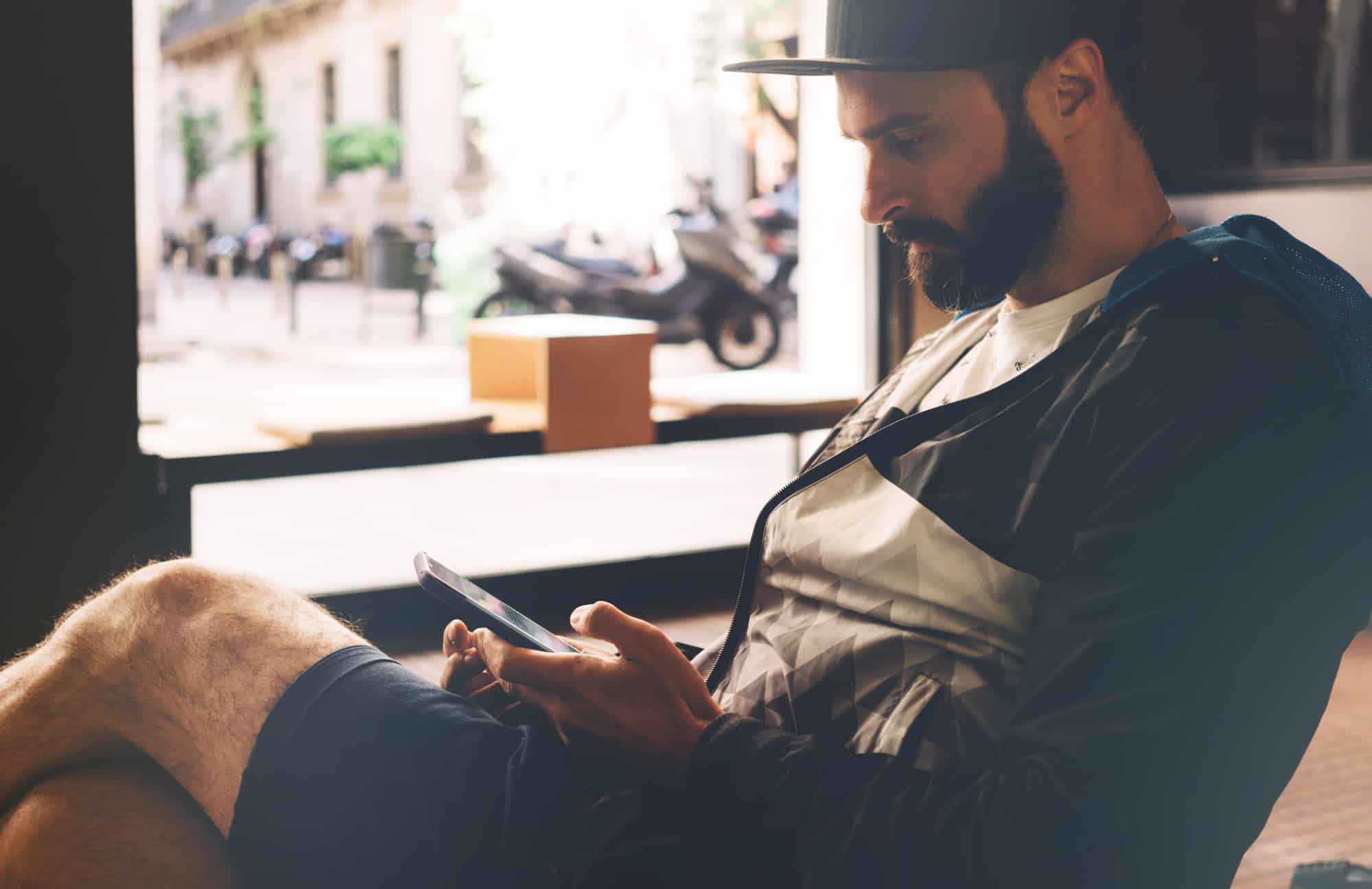 Blocking a person usually has a serious psychological impact on them. Even a boyfriend who seems not to care about anything could be moved by it. Personally, as a woman who has been blocked before, I feel like it's a childish act and one of the ways to escape having a mature conversation.

However, in some cases, women have testified that this act alone was able to set their men straight without them having to talk too much. If perhaps you’ve been fighting with this guy about one particular issue over and over and he seems not to budge, maybe this is an option you’d like to explore.

Although the fact that men aren’t the most expressive beings makes it hard to tell what’s going through their minds in these cases. If you’re curious to know, stick around and I’ll take you through 15 ways a guy may feel when they have been blocked.

15 Ways Guys Feel When You Block Them

When you block a guy, the first thing that crosses his mind is, “What did I do?” Especially if it's sudden and without reason, they obviously want to know what triggered the action.

He’ll search his mind for anything that could have upset you. If he’s that type of guy, he could spiral into obsessive thinking, just trying to figure out what he did wrong.

It's the same feeling you get when a guy you really liked and connected with ghosts you; you’d feel like you lost somebody. Since you wouldn’t be in contact with him anymore, he would definitely feel like there’s some kind of void in his life.

It's normal to get used to the company of the people in your life, so when there’s a sudden communication breach, the victim will be left feeling as if he lost something important.

He doesn’t even need to be aware of what exactly he did to be guilty, All he knows is that you’re mad at him to the point of not wanting to see him or hear from him. Just the idea that whatever he did has hurt you to that extent will fill the guy with guilt.

4. He’s fixated on sorting out the mess he made

If this guy truly loves you, his mind would immediately go into problem-solving mode. He’ll start to brainstorm so he can find a solution to the problem. When a man cares about you, they’ll never want to upset you. This means that the moment they do, they’d want to sort it out as soon as possible so they can still have a place in your heart.

5. It may affect his confidence

It doesn’t matter how confident a guy is, if the woman he cares about seemingly expels him from their life it's going to hurt his ego. Being ignored makes a person seem irrelevant; blocking the guy may make him think something is wrong with him, it will make him doubt himself and if he isn’t mentally strong, it may pour out into other areas of his life.

Whether the guy is guilty of an offense or not, he is bound to be angry that you blocked him. His ego will be hurt and he will definitely get offended that instead of talking it out with him you jumped to the conclusion of pushing him away.

If you blocked him after you both broke up, this may be devastating for him. A breakup is heart-wrenching for both parties, topping it up by blocking him will definitely make it more unbearable for him. Especially if he still likes you and is willing to do something to make amends.

Have you ever been blocked on social media and had that ‘he blocked me?!’ rage? So, imagine what the guy would be thinking?

He may have known that you were mad but I bet it never crossed his mind that you’d block him. Blocking a guy usually implies that you want them out of your life forever or at least for that period.

The shock may even prevent him from being able to think of a possible solution, so don’t be shocked if he doesn’t try to reach out to you for a few days or even weeks.

As mentioned above, if he still likes you, it would be torture not to be able to reach out to you. Especially if he’s not sure what he did to upset you, not being able to contact you to ask will also really disturb him. It's hard to recover from something you never had closure over.

If you’re both in a relationship or still have feelings for each other, he may go into a frenzy. Some men may frantically keep calling your phone or try to reach you through friends or family.

This, however, is only the case when he really loves you and is bent on making things work between the both of you.

A guy who doesn’t care about you won’t mind if you stop all contact with him, but if he’s going all out to reach you, then he does like you.

Men don’t handle silence very well, they’re solution-oriented beings so they prefer to know what they’re working with so they can strategize.

A guy could feel disoriented and confused when he notices you’re no longer friends on social media. They just can’t wrap their head around why they suddenly got blocked, and since they can’t contact you, it leaves them in a confused state.

Blocking an ex may just give him some time to think, and the guilt and sadness may force him to look back and review his actions. This alone time he has to think may cause the guy to feel sorry for whatever he did that triggered the sudden block.

This may be productive if you both are still interested in making your relationship work, so he can make the necessary amends and avoid whatever could upset you in the future.

When you block a guy on social media, he may feel hurt. Whether the hurt manifests as anger or denial, he might be very hurt. Blocking a guy is more serious than most people like to think, it basically implies that they want to end things and cut off all contact. Just knowing this, especially when it involves a friend or a loved one, it’s very hurtful.

14. He may just be relieved

Some men admit that after a mutual breakup, where they don’t care for the future of a relationship they are actually relieved that the girl is moving on. Even though they still view the whole blocking thing as unnecessary they honestly don’t mind.

Blocking a guy on social media might be one way of sending a powerful message that you want to end things with them and close that chapter of your life. However, a lot of them don’t really care, in their mind, it’s just one of those things. If he’s your ex, and he was always a bit distant or unemotional, this may be the reason he’s indifferent even after you block him on social media.

Is blocking him a good idea?

Blocking anyone is never the best option unless they’re abusive or toxic. However, some women have advised that it's the best way to communicate that a relationship is completely over. The party that has been blocked will completely understand that there’s no chance for reconciliation and will in turn prevent any drunk calls or messy situations.

Is blocking someone immature?

Yes, blocking a guy is quite immature especially if it's over a minor squabble. Blocking them just because you don’t want to talk to them for a limited amount of time just out of spite, is really uncalled for. However, in situations where you’re getting harassed by this guy, blocking him may be necessary.

How does it feel when someone blocks you?

It's very hurtful and infuriating when you get blocked, it's an unfair situation since there’s almost nothing you can do about it. Especially when it happens suddenly, you’d probably be feeling shocked at first, and then perhaps feelings of hurt and anger may kick in. You may sway in and out of self-pity and it may also affect your self-esteem.

Should I block him or just ignore him?

If both of you are having problems that can be sorted out with a simple conversation, then blocking him is completely unnecessary. However, if your motive is to prove a point or pass across a silent message then blocking him usually proves to be more effective, since he may have to work more to reach you.

Will blocking my ex make him miss me?

There’s a 90% chance that it would actually make him miss you but there’s also a big chance that it would end up infuriating him even more. If you’re very sure that he likes you then cutting off all communication and blocking him from viewing your statuses for some time would probably make you miss him.

Two wrongs don’t make a right, so before you go ahead and block that guy, ask yourself if it’s necessary. Most importantly, consider how he’d react when he realizes you have blocked him.

I hope you enjoyed reading through this list, I’d love to hear your views, and please share this with others as well.