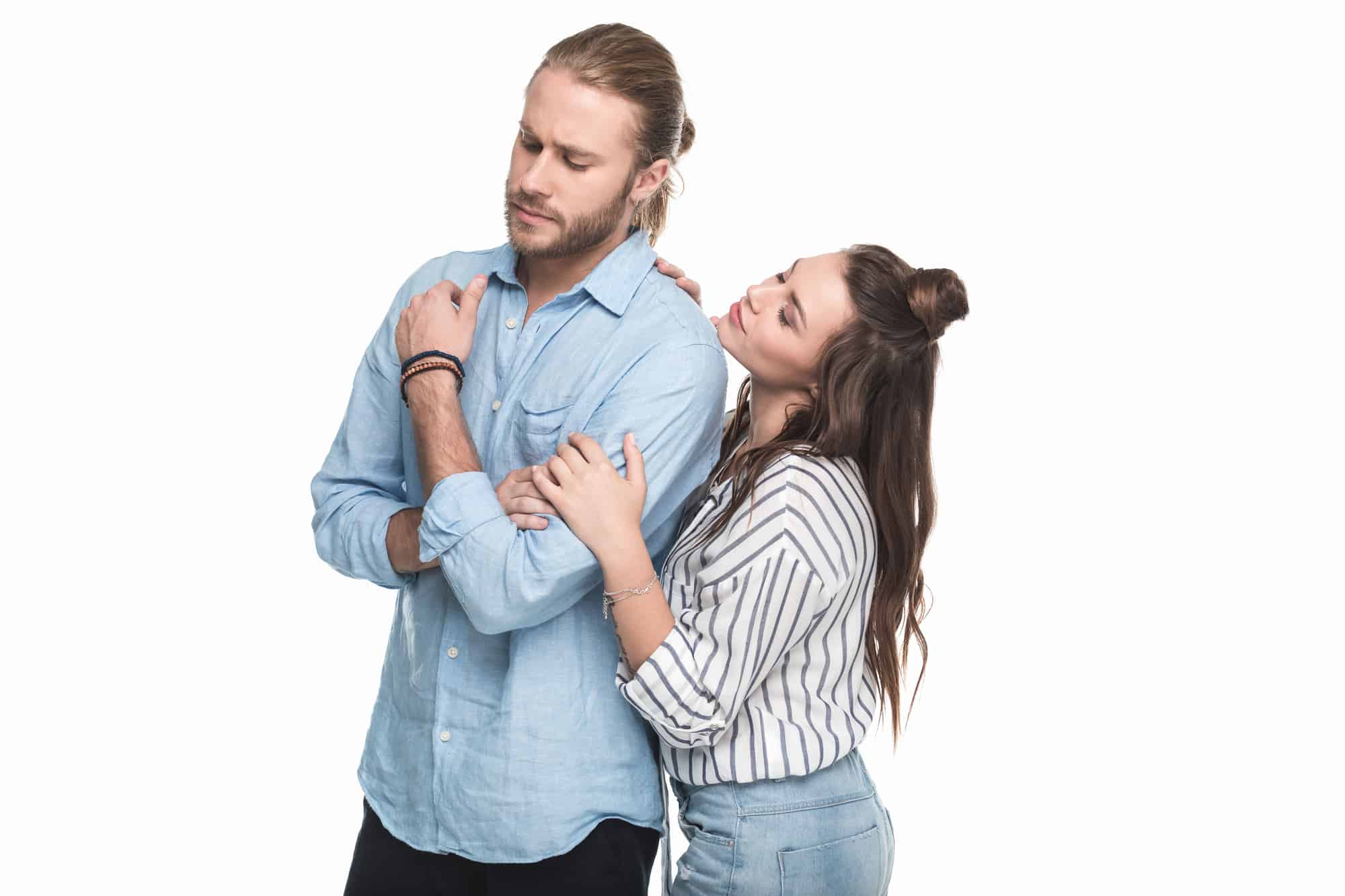 For the most part, we've all been in a relationship with a guy that’s consistently inconsistent. He has you wondering if you are an over-thinker or overly sensitive.

When a guy plays hard to get, it does not necessarily mean he does not want to be with you. He probably wants to know how serious you are about being in a relationship with him.

He wants to know how much you can withstand, and above all, he is probably trying to set a tone for how he would like the relationship to be. This way, he will be able to tell how well you can handle it.

However, the goose chase can get tiring, and trying to guess what's on his mind or how he feels can leave you feeling insecure and frustrated. That's why I have compiled 15 ways men play hard to get.

15 Ways They Play Hard To Get

While genders differ in many areas, deep down, we are all the same, and similar characteristics attract us. Therefore, when someone comes off as mysterious, it’s not surprising to find our interest's peak.

We suddenly develop a curiosity to know about them and what they do. Men know this, and that’s why when they want to play the hard-to-get card, they are not quick to tell you their plans. They love it when women have to keep guessing their next move.

One moment, he is all over you and drowning you with affection, but the next minute, he is withdrawn. It can be difficult marrying these two personalities with one person, but what you should know is that his inconsistencies are just a part of his game plan.

The trick here is not to act like it bothers you, if there’s one thing, men know when they have a woman tied around their finger. When he notices you’re paying him less attention, he’ll put off the games and pay more attention to you, if he wants to establish a relationship.

When guys play hard to get, it’s an attempt to hide their true feelings. So, while he may want to spend every waking moment with you, he does not want to come off as a creep or a pushy guy. You will notice that sometimes when you plan a date or ask to see him, even though he’d really like to hang out with you.

4. He keeps you on your toes

Some men love to keep their women on their toes, they make it so hard for them to guess their next move. Guys like this know how to play hard to get. They tease you and lead you on, but give off very little. On the bright side, spontaneity can be exciting as long as it doesn't get toxic, so enjoy the ride.

5. He wants you to make an effort

You will notice that he will want you to initiate dates or conversations. He may just want one thing; for you to feel like you can call the shots as well.

6. He does not tell you a lot about his past

While your past issues should not be dragged into a new relationship, it’s normal for partners to talk about their childhood and upbringing. However, guys who want to play hard to get do not subscribe to that logic. They withhold information and leave you guessing, it’s part of their ploy to remain mysterious.

Ever noticed how at the end of a date, he does not linger? Men like this try to show how unattached or as some may call it, ‘thirsty’ they are. He probably does fancy you, but keeping things short makes you want to impress him more. So, why do guys play hard to get? Because they love the attention women give them in the process.

8. He doesn’t want you out of his life

It’s easy to think that no one likes playing mind games, but some men enjoy the thrill. For some, once they notice you start losing interest in the relationship, he’ll try to mend his ways and convince you to stay. That’s how you know he’s just putting up a front.

What is life without our lady instincts that pick up every signal and thoroughly examine it to protect us from unnecessary heartaches? When you are with a guy who is playing hard to get, prepare to feel insecure. He won’t talk about how he feels, and his affection will be sporadic.

10. He does pick his calls on the first ring

Anyone who knows a thing or two about playing hard to get will tell you that ignoring calls is one way to do that. So if a guy is playing hard to get, you will notice that he does not pick his phone immediately when you call. He allows it to linger, so you feel like he is busy with other things, and he is not desperate to talk with you.

11. He does not talk about his feelings

When a guy likes you, they will want to let you know how they feel; however, it's the reverse with a guy who is playing mind games. He will not tell you how he feels, and even when you bring up such topics, he brushes them off and acts like he does not care. He is merely trying to play a power game where you'll end up being the only one expressing your feelings.

12. He does not break the touch barrier

Of course, when a guy likes you, he will want to show affection by spending time with you or holding your hands. However, when he is playing hard to get, he will hold off touching you. He probably does not want to come off too strong and make you lose interest in him. This will keep you guessing if you are in the friend zone or on the dating scene.

13. He does not tell you his plans

A guy who plays hard to get will keep an air of mystery around him. When you ask him what he will be doing over the weekend, he will most likely tell you he has plans but won't go any further than that. He does not tell you in detail what those plans entail and leaves you guessing.

14. He waits to get intimate

This is where you get to differentiate between someone who is a player and someone who is just playing hard to get. A player may exhibit all the signs above, but he will not hesitate to get intimate with you. After all, that's most likely his end goal. However, a guy who is playing hard to get will hesitate here. He teases you with sex until you are almost begging him for it.

15. You are not exclusive

If you still have to ask ‘do guys play hard to get?” then you and your love interest are probably not exclusive. If you have not had ‘The Talk’ yet, then he’s probably sitting on the fence on purpose. A guy who plays hard to get will most likely want to leave everything as vague as possible but clear enough that women feel hopeful enough that there’d be a relationship at the end of the day.

How do you know if a guy is playing hard to get?

A guy who is playing hard to get will tease you with imaginations of a future together, yet he will not define your relationship. For instance, he may tell you about his friend's birthday party coming up, but he will not extend an invitation except you ask.

Do guys sometimes play hard to get?

Is playing hard to get immature?

What does it mean when a man plays hard to get?

While it seems shady and confusing, don't be so quick to throw in the towel if you feel a guy is playing hard to get. He might be doing so for several reasons. Perhaps, he has been hurt in the past and wants to be sure you like him before he commits.

How do you tell if a man is playing you?

If a guy avoids stepping out with you in public or only calls you late at night, he's probably playing you. He does not want people to see him with you, neither does he take you for family functions, yet he wants your goodies. Women must remember that our time is precious, and our love is valuable, so we shouldn’t waste it on such men.

Playing hard to get is a dating trick that is as old as time. However, it may seem uncommon to see guys use it. That's why it may not be easy for you to realize what he is doing.

I hope you enjoyed this article and found it helpful. Don't forget to share it, and I look forward to reading your comments.